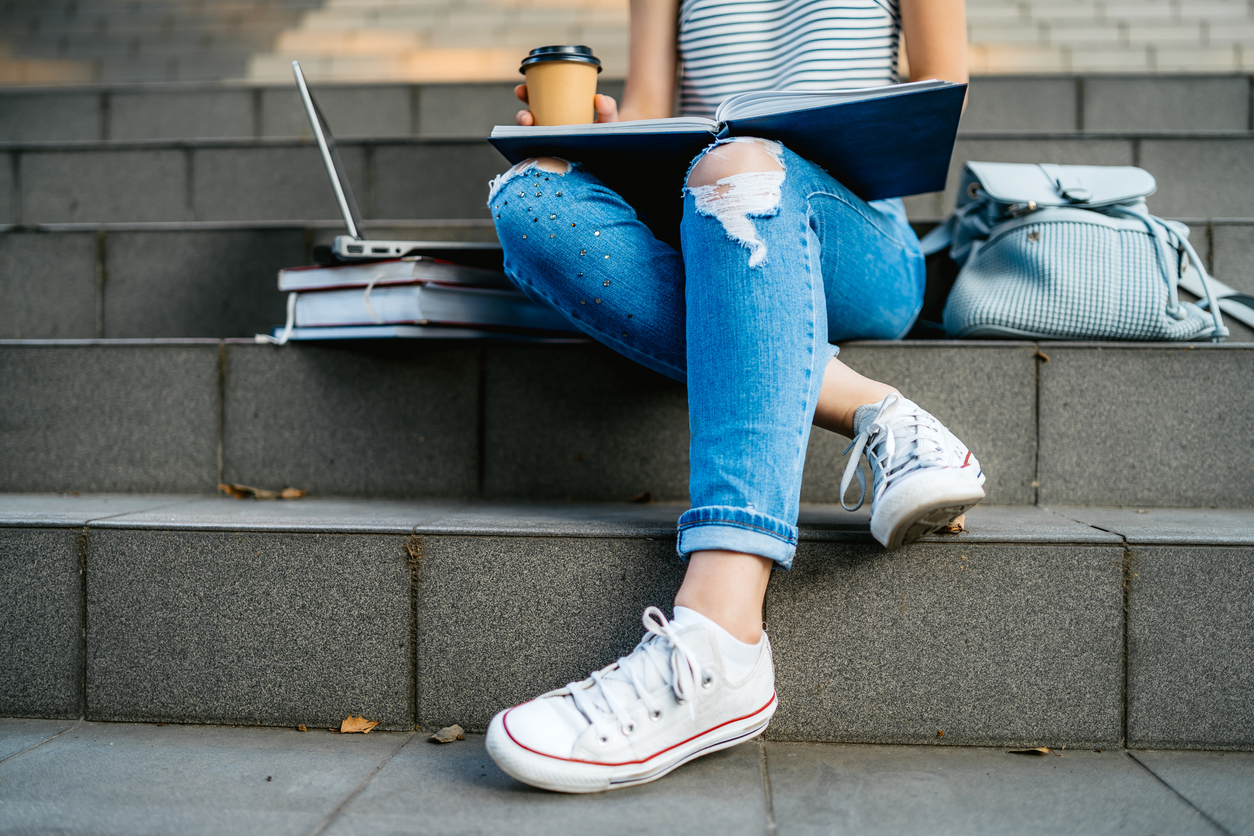 Textbooks — 48 per cent of students at Danish universities have acquired digital textbooks unlawfully.

This is what the director of the digital rights group Rettighedsalliancen Maria Fredslund says after seeing what came out of a new study by the pollster Epinion.

The survey shows that almost every second student at Danish universities has acquired digital textbooks illegally. The numbers are stable year-on-year.

The perception among students is that it is actually okay to share digital textbooks, even though it is illegal.

The Rettighedsalliancen group fights infringements of copyright, and director Maria Fredslund is concerned by the lack of movement on the issue. She says that students have the wrong attitude when it comes to digital textbooks:

»The perception among students is that it is actually okay to share digital textbooks, even though it is illegal. We want to change that.«

Two medical students from the University of Copenhagen were fined DKK 5,000 and DKK 10,000, respectively, at the end of 2020 for sharing digital textbooks with their fellow students in a closed Facebook group. This pleases the director of the rights group:

»We can see that the police have started to crack down on illegal sharing cases. At the same time they are starting to communicate that it is something to be taken seriously, no matter whether it is films, music or textbooks.«

And the court rulings are necessary, as awareness campaigns have not been enough to change student perceptions, according to Maria Fredslund.

»There is a need for more focus on this problem. This can be done by the police setting an example in blatant cases of illegality. It will affect attitudes if you can see that infringements are penalised.«

Worse off with e-books

As the owner of a physical textbook, you can freely give it on, or sell it on, if you no longer need it. This is not the case with digital textbooks. You break the law if you share your digital book without permission from the publisher.

This is due to the fact that there is a significant difference between the two types of teaching material, according to Maria Fredslund:

»When you pass on your physical book, you are no longer in possession of it yourself. But you are if you have a digital copy. You make copies and not transfers. That is why it is illegal,« she says, and continues:

»It has been through test cases in the legal system on whether you can solve this by transferring your used e-books. But as this has not yet been possible for purely technical reasons, you are still not allowed to do so.«

Is it then not your responsibility to develop the field, so that users in the future can resell e-books?

There is clearly a difference between what a new and a used textbook costs, but this is not an excuse for pirating copies.

»No, we are not developing services to allow you to resell digital books. It is the publishing industry that has to do this.«

At the University Post, we have spoken to several students who reckon that those who hold the rights to books on a syllabus try to make as much money as possible out of them by updating books year after year, so that they are forced to buy the latest versions. Do you recognise this problem?

»Students spend an average DKK 2,400 a year on study-related books. There is clearly a difference between what a new and a used textbook costs, but this is not an excuse to make pirate copies.

She points out that over time, the general attitude towards unauthorised sharing of other types of content on the Internet has changed:

»We have seen attitudes change in regards to film, music and other types of digital content. We would like to do this in the field of textbooks as well. You should not think it is okay when it is actually illegal.«