Homeless guy hanging out at the library 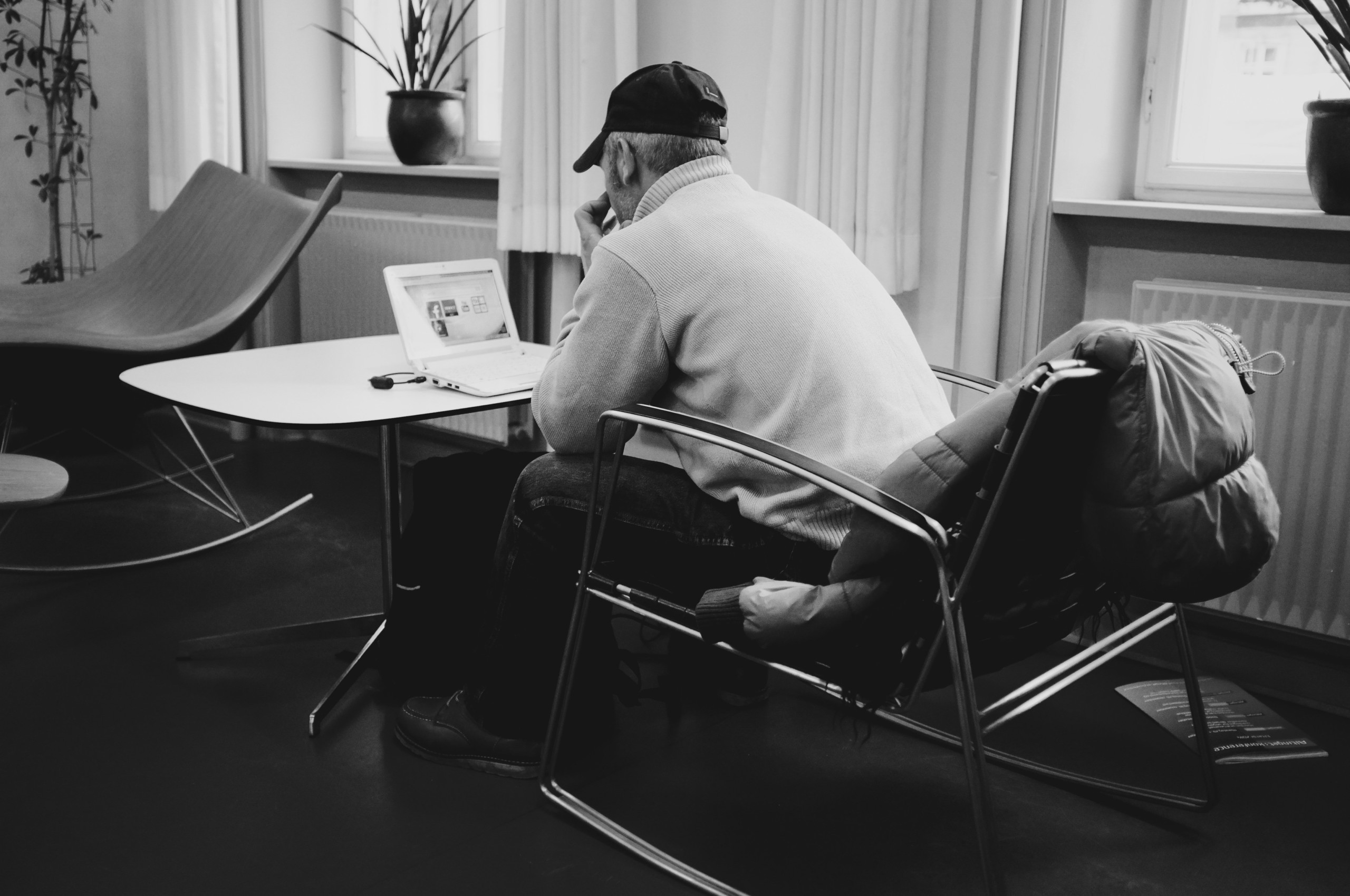 So long as the homeless don't keep students from doing their work, they are welcome at the Faculty's library. Andrei, a Romanian immigrant, tells his story

He may be sleeping, slouched in a designer chair at the Faculty Library of Social Sciences, surrounded by working students. And he may look different than them, with his stubble, his furrows and his rougher attire. But Andrei* belongs to an overlooked and largely unseen group that frequents the Faculty Library: the homeless.

Homeless immigrants use the Faculty Library of Social Sciences and other university libraries to get a moment’s peace, and to use the WiFi.

Andrei comes from Romania and has led a nomadic life for many years – from Italy to Spain to France to Germany. For the past two years, he’s lived in Denmark as an unregistered citizen. He’s come to the library in Gothersgade for a year and a half, and spends much of his time here: It’s his base, and this is where he goes to get warm and to relax.

Most of his time is spent on his computer, looking for work. As an unregistered immigrant, work has to ‘under the table’ so to speak. And being Romanian, he has to face discrimination, so it’s hard to find work. But the library helps him get in touch with organisations and people, and can open a door into a world he is otherwise invisible to. Sometimes the staff offer helpful tips – websites and e-mails, places to go, things to look for.

A lot of people Andrei knows make a living from crime. Few, he explains, attempt to find legitimate work. Out of Copenhagen’s approximated 200 homeless immigrants, Andrei is one of only three-five that frequent the Faculty Library. And many of his friends don’t understand why he does it:

“They sometimes ask me where I am and what I do, and I tell them I’m here. Then they shrug. It’s my call, but they wouldn’t want to do it.”

Andrei had the library recommended by a friend once, when he needed to use the net. The place has a cosy and calm atmosphere, he says and looks over the room full of students with their eyes glued to their MacBooks. It appeals to him that the library is a little hidden in the old buildings next to the Botanical Gardens.

Although the main purpose of the library is to support research, education and courses at the Faculty, it’s also a public building, open to all. Most of its 225,000 visitors per year are students. Christian Lauersen, Head of the Faculty Library, says that their clientèle isn’t really something that’s discussed at meetings, or even in casual conversation – as long as the homeless aren’t disturbing anyone or causing problems, they are welcome to be there.

Andrei seems calm. It’s hard to imagine that he would cause a disturbance at the library. He takes his time and regales a detailed account of his life as an off-the-books immigrant; of Danes, of prejudice, and of the students at the library, who – in contrast to people in the streets – leave him be.

When I thank him after our 20 minute interview, he just shakes his head: No need to thank him – it’s nothing to him. He doesn’t care about me or the article, he says, and I ask him why: “The little story doesn’t change the bigger picture,” he says. He doesn’t believe that my article will alter anyone’s view of homeless foreigners. Not even if my purpose is to make an invisible visible for a moment.

When I wave him goodbye, he closes his eyes and rests his head on the chair once more.

*Andrei’s real name has been changed to protect his privacy.