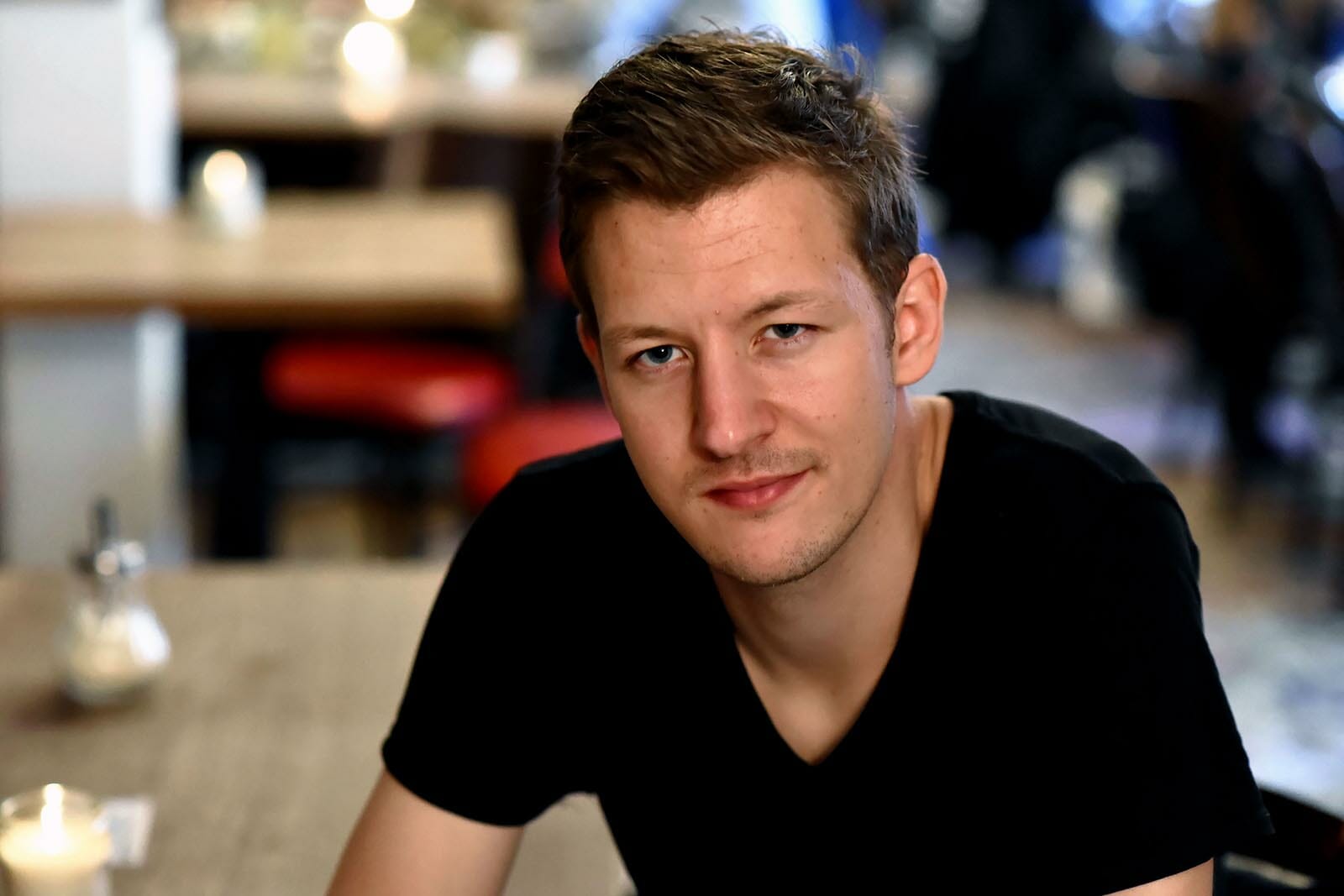 Administration — What started as a problem with the university’s computers during the summer break that made it impossible for Mikkel Klattrup Larsen to get an extension on his bachelor’s project almost turned into a semester-long wait for him to start his master’s. Only a month-long struggle with the administration prevented the worst from happening. Larsen hopes others don’t have to go through what he did

All he needed to do was to request an extension to hand in his bachelor’s project for his Danish class. Once he’d done that, he would be able to begin studying towards his master’s in history when the fall semester started. It was just a formality. Or so he thought.

Because when he tried to get the extension, KUnet told him that he was only permitted to ask for extensions for classes offered by the Saxo Institute, where he was enrolled, not the Department of Nordic Studies and Linguistics (NoRS), which is responsible for Danish classes.

After trying unsuccessfully a few times to submit a request for an extension, he rang student counselling for help. To no avail; the office was closed for summer holidays and they wouldn’t be back until after the registration deadline.

“Not being able to submit a request was frustrating,” Larsen says. “But after ringing student counselling a few times, I figured that I would be able to sort it out with them when they got back.”

“We don’t think you did enough”

As planned, he rang back at the beginning of August to hear what he needed to do. Their answer: he couldn’t do anything. It was too late. Instead of waiting he should have contacted the examinations office straight away, he was told.

It doesn’t seem like you really tried to resolve the issue; all you did was ring to student counselling

From the study board’s rejection of Larsen’s request for a a waiver.

As planned, he rang back at the beginning of August to hear what he needed to do. Their answer: he couldn’t do anything. It was too late. Instead of waiting he should have contacted the examinations office straight away, he was told.

Instead, they recommended he request that the study board grant him a waiver so he didn’t have to submit the project. He followed their advice and sent in a request for a waiver on 6 August.

Their answer came two days later: rejected, on the grounds that he had not “submitted proof (in the form of a screendump or the like) that his failure to submit a request was the result of computer problem”.

The study board, like student counselling, also pointed out what Larsen should have done when he found out the office was closed for the summer.

“It doesn’t seem like you really tried to resolve the issue; all you did was ring to student counselling. You should have tried to get in touch with the department another way,” the letter stated.

That, according to Larsen, is a polite way of saying “we don’t think you did enough”.

Guilty until you prove your innocence

Larsen then contacted the departmental IT desk to find out if they had a record of his attempts to make a request. They didn’t, but they informed him in an e-mail that the department had been having computer problems at that time.

“NoRS is aware there were problems with SB to begin with, but they were fixed, and students should have been able to submit requests during the period leading up to the deadline,” the IT desk wrote.

Since both the administration and the study board know there was a university-wide problem at the time he tried to make his request, Larsen doesn’t feel it’s fair that he should need to present more evidence that he tried to register.

“Requiring me to prove there were problems with their system is straight out of Kafka. They see me as guilty until I can prove my innocence. In hindsight, I probably should have taken a screendump, but at the time I couldn’t have imagined that this was going to turn into such a big problem,” Larsen says.

Not all deadlines are created equal

Even though the study board didn’t give Larsen a waiver, they told him he could submit his bachelor’s project during the winter examination period. In the meantime, he could apply to be allowed to start his master’s programme even though he still formally hadn’t earned his bachelor’s.

For Larsen, it was a matter of principle: he didn’t feel he had done anything wrong. Applying to be permitted to start his master’s programme without having completed his bachelor’s would be to accept their argument that he had. Besides, he found it illogical that he could be allowed miss one deadline but not another. So, in the end, he decided not to apply to be allowed to start his programme.

“It was also because different rules apply if you’re in that situation – you need to provide them with a detailed plan for the rest of your studies,” he says. “So I didn’t apply. I didn’t feel I had done anything wrong. It was the university that had a computer problem. I admit I made a mistake by not e-mailing student administration when I found out I couldn’t register, but it’s a little drastic if a mistake like that sets me back six months.”

Instead, he turned to what he thought was the only option he had left to prevent him from being disenrolled: he appealed the decision to deny him an extension to Student Services. He argued that nowhere in the guidelines for his Danish course did it state that, in the event of a problem with the university’s computers, that the student was responsible for e-mailing documentation for the problem to the administration.

He also found a clause in the Public Administration Act he felt supported his case.

“I honestly thought I was going to get kicked out. I’ve needed to find my way through a bureaucratic jungle. That’s stressful, and someone less able to navigate the system might have given up. It seems like the system is more interested in enforcing rules than helping students, or explaining how they can sort things out.”

When he handed in his appeal on 3 September, he was told that it would take two or three months to consider his appeal. So, not expecting that he would be able to hand in his project until January, he asked the bar where he had been working if he could start full-time.

It was much to his surprise, then, that the next day – 4 September – that he got a call from a legal counsellor in the Department of Nordic Studies and Linguistics.

“She asked when I – hypothetically speaking – would be able to submit my project. That was the first time in all of this that someone with the university offered a potential solution. It’s just too bad that it had to take so long for it to happen,” Larsen says.

Having multiple offices does make things more complicated, but the University Act requires that some types of decisions be made by the study board, others by the administration

Torben Juel Jensen, assistant professor and the chair of the NoRS Studienævn

The same day, Larsen was also informed that the study board had changed its decision: he would be granted an extension. He now has until 1 October to submit his project.

“We can partially accept your explanation that you were uncertain who you should contact, and that because student counselling was closed for summer holidays, they were unable to help you,” the study board wrote.

Torben Juel Jensen, an assistant professor and the chair of the NoRS study board, declined to discuss the specific details of Larsen’s situation. But, he says that when students apply for an extension, they need to be able to provide documentation for whatever the problem was.

“You need to have a valid reason for not registering by the deadline. And by that, we mean something unforeseen. And you need to be able to document that it happened. If a student appeals a decision, then we’ll review it, but the vast majority of decisions don’t get overturned. In cases where a decision, for one reason or another, has unexpected consequences for the student in question, then a decision can be changed.”

When it issues a decision that might prevent a student from attending class, the study board, according to Jensen, always makes sure the student knows what recourse is available and how to go about pursuing it.

He also recognises that the university bureaucracy can be difficult to navigate, but that’s why KUnet has instructions for what to do in a given situation, he says.

“When students contact the wrong office, they either get passed on to the right one or they get told what the right one is so they can contact them themselves. Having multiple offices does make things more complicated, but the University Act requires that some types of decisions be made by the study board, others by the administration. When it comes to appeals, it makes good sense that an organisation other than the study board makes the decision, but we send students instructions for how they can appeal.”

The administration, according to Jensen, will look at what happened in Larsen’s situation, but he says it’s too early to tell whether changes will be made.

“Whenever a student winds up in a jam as a result of not doing something we feel should have been done, we look at whether we could do something differently so it doesn’t happen again. Student counselling also makes sure students always know who they can contact. It’s not in our interest to keep students from starting their studies. But I can’t recall ever having a situation like this one.”

For the time being, Larsen is still working full-time as a bartender, but he’s relieved that after a month of dealing with the administration, applying for a waiver and then submitting an appeal, he’s now allowed to hand in his project.

He’s finally officially enrolled as a master’s student (even if the department put him in the wrong classes – “Trees don’t grow to the sky,” he jokes) – and he’s a little wiser about how to deal with the university.

“I should have taken a screendump or sent an e-mail as soon as I had trouble registering. But, I’m perfectly capable of reading class guidelines and the other regulations and there was nothing that said anything about having to provide documentation if the university has a computer problem, or about who to contact if there’s a problem. I haven’t been able to find anything, and no-one I’ve spoken with has been able to tell me. Certainly not the study board.”

“If you do that, you’ve automatically got written documentation that you contacted the right people. I’ve learned that you can’t always count on the university to be on top of things. The most important thing to remember is that it’s up to the student to document what the problem was – even if it was the university’s mistake.”