How does UCPH fare in the great quality measurement 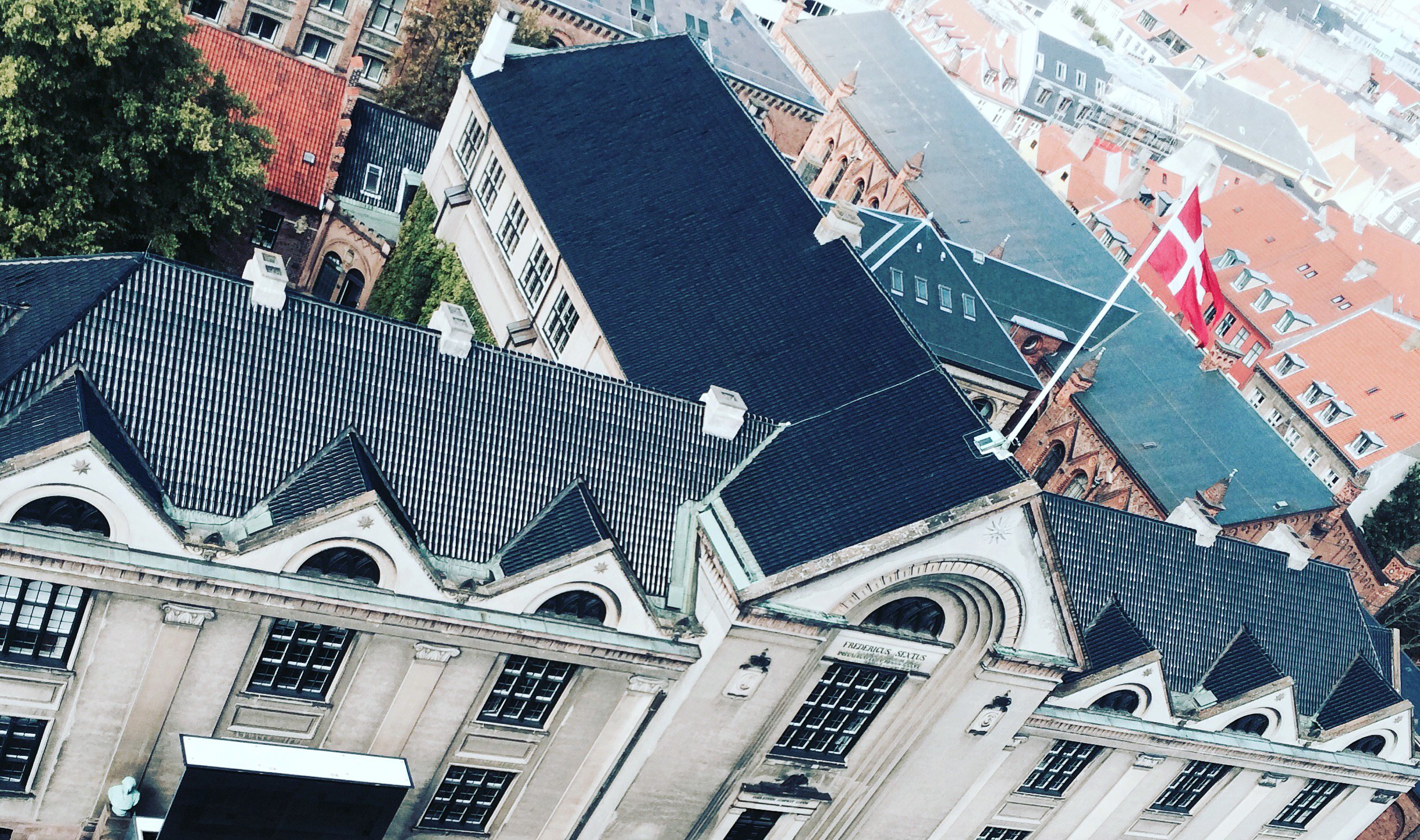 User satisfaction — 120,000 students and recent graduates from across the country have rated the quality of their education. Teachers at the University of Copenhagen get top marks, but on other measurements UCPH is in the middle of the Danish university field. Quality measurements like this can affect how much money UCPH gets from the government in the future

It has suddenly become easier to compare the quality of the education programmes of Danish universities and university colleges.

The Ministry for Education and Research has crunched the data from 120,000 students and recent in a survey where they have rated their education on a range of parameters such as the quality of the study environment, and the talent of their teachers.

The large data sets have been compiled into a searchable tool on the website uddannelseszoom.dk so that anyone (and especially prospective students) can compare the quality of Denmark’s many options for an education. You can, for example, compare a bachelor’s programme across three universities, or compare two courses at the same university and see how students evaluate the learning environment, or how much you can expect to earn when you finish your studies.

The many student assessments can also help provide a general assessment of quality in the Danish education system, and make it possible to see how individual universities and schools perform relative to each other. (Law at UCPH for example is not performing all that great, see the box in this article).

So how does the University of Copenhagen (UCPH) compare in overall quality compared to its competitors?

The students in the study had to declare whether they agreed with the statement “The quality of my education is generally high” on a scale from 1 (strongly disagree) to  (strongly agree).

Here UCPH scores a 4.08 – placing the university in fourth place after the Technical University of Denmark DTU (4.35), the IT University of Copenhagen and Aarhus University.

The universities receive the highest score among all types of higher education institutions, i.e. including colleges, when students evaluate their education overall quality.

The good news for the Faculty of Law at UCPH is that the figures from uddannelseszoom.dk show that law students from the University of Copenhagen can expect to earn the most when they one day get a job. Their pay is an average of DKK 34,600 a month, which is DKK 600 more than an Aarhus lawyer can expect to receive and DKK 1,800 more than the level of the average .

The UCPH students are also the most likely to get a job in the future, and already while they are studying (perhaps not surprising as the capital city has many of the traditional lawyer jobs). Just over one in four graduates from Law at the University of Copenhagen (26 per cent) continue in their job as ‘adults’ (as graduates) from where they slaved away during their study years. The same applies to only 16 per cent from Aarhus and 15 per cent from SDU.

But there is also bad news

The Copenhagen students and graduates of Law consider, on the other hand, their education to be inferior to the Aarhus and Odense (SDU) alternatives in important aspects.

In the assessment of the programme’s overall quality UCPH is clearly below the two competitors, just like the students at UCPH are also the least satisfied with their study and professional environment, and assess their instructors the worst (both in terms of skills and in terms of dedication).

The survey also reveals that the law students at UCPH get the lowest amount of training from researchers of the three universities. Only 30 per cent of the UCPH education programmes is carried out by scientists, whereas the figures from Aarhus and SDU are 86 and 69  respectively.

The universities have the best teachers…

One of the general findings of the study is that students at universities have good instructors. Business academies score a (respectable) 3.99 out of 5 when students take a position on the statement “my teachers are academically proficient” . The university achieve a 4.38 on the same scale. University colleges are somewhere in between (4.25).

Among universities, Aarhus students are most satisfied with their instructors’ skill level (4.45), while the UCPH teachers are considered second best with a score of 4.43.

… but there are issues with the feedback

The Uddannelseszoom.dk data shows that Danish education programmes should be better at giving feedback, according to students.

The general feedback score for Danish education is only 3.39, and universities are here a bit below average with a score of 3.34.

Of the universities, the Copenhagen Business School is according to the study the worst at providing feedback – it only gets a 2.94 from those that have studied there.

Data from students can be used to decide funding

When the government uses resources to get satisfaction data from 120,000 young people, it is reasonable to believe there is a political motive. Danish educational institutions today receive government funding based on how many students they have graduate, and how fast. Those who have the most, get the most money. It is the method of the sausage factory.

But the government has suggested that in the future the most funding should be directed at the educational institutions that provide the highest quality. Whether the figures from the students will be translated directly into the size of the various institutions’ government subsidies is uncertain, and the Minister will not say what the plans are. However, there have been hints:

“The new figures are a good tool to learn something about the quality. Now, educational institutions and prospective students can compare the teaching, the study environment and the relevance of the studies across the country. It can provide food for thought,” the Minister for Education and Research Søren Pind (V) said according to the press release on uddannelseszoom.dk.

‘Quality’ will only decide a limited part of uni budgets

Quality can be defined in many ways, but there are indications that students to a higher degree than today can look forward to their educational institution working to give them a programme they are happy with. It can affect how much money they get from government.

To Forskerforum Minister for Higher Education and Research Søren Pind (V) said about the new funding model that “factors of real quality in education – good education programmes and a good professional level for the students – will also be included in some form.”

The happiest students’ uni gets the most (problem: it is completely subjective in terms of what people think is cool. What do the students understand by quality?)

The diligent students’ uni get the most (problem: is it measured in teaching hours, or in large lectures? And is it a researcher or a fellow student that is doing the teaching?

The most published researchers’ uni gets the most (problem: the university’s academic profile is very important for what scientists publish and where).

The university, which lands the students the coolest salary after graduation gets the most (problem: you can be a leader in salary, but the worst (according to the students) in your education programme, see box above for the Law case).

The university who trains people for jobs get the most (problem: but isn’t the university supposed to work to create jobs that we are not yet aware of?)

The university with the best grades get the most (problem: what if the grades are high because the standards are low?)

The Minister Søren Pind said to Danish daily Politiken on 5th March that it was not inconceivable that the numbers for student user satisfaction could be used to distribute the funding in the future.

Sources in the Ministry of Education report that there is not yet a plan for how the money should be distributed in the future, but that the quality – if they decide to distribute funding based on quality – will only determine a limited portion of the university budget.

The enormous collection of data is a possible example of how politicians now and then listen to the experts before coming up with policy recommendations.

A little history: In late 2013, it was the main idea in a report by the so-called productivity commission that young people should have more and better information about their options so that they could choose a future on a reasonably basis. Some months later, in the spring of 2014, the so-called quality committee more forcefully reiterated the same recommendation.

In June 2014, a majority of parliamentary parties agreed on a plan to ‘establish a simple digital overview’ to help young people make a choice of education.

It exists now. With time it may be extended with new quality measurements and thereby new insights into who is good and who is less good in the Danish education system.

Those interested can dig deeper into the Uddannelseszoom data sets here.