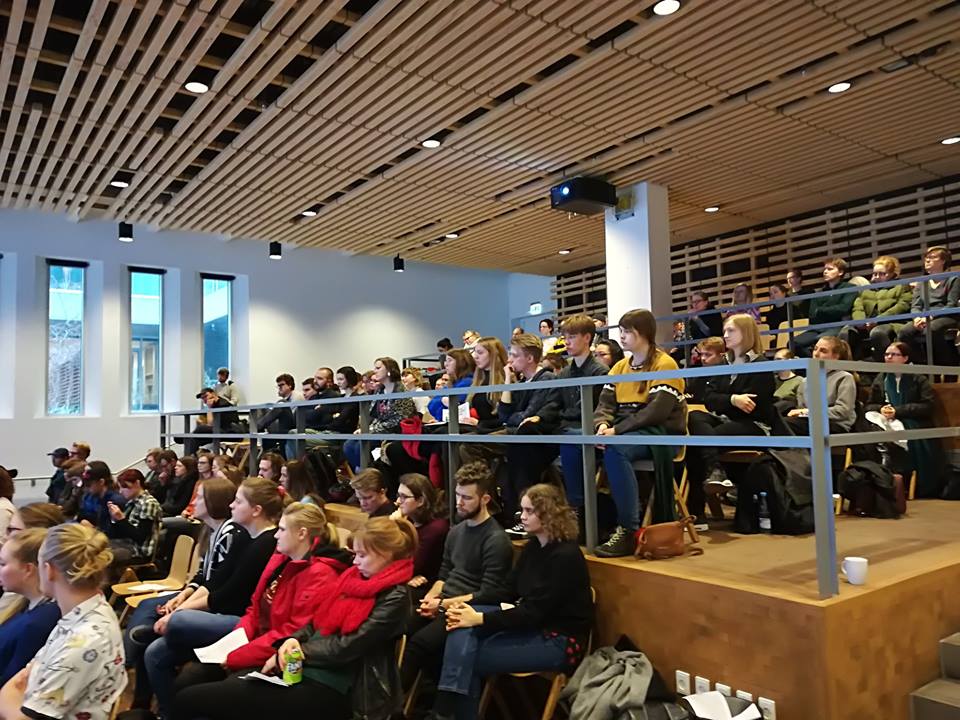 Dispute — Students at the largest faculty at UCPH are ready to prevent non-organised staff from working during an upcoming lockout. Education cuts and the employees' salaries and rights are related, say students.

The students at the UCPH Faculty of Humanities will support the staff that are either to go on strike or be locked out by government. This is if the attempt fails to get Danish public employers and employees to agree on a settlement.

And this is even if a full-blown dispute at UCPH will affect students’ options for counselling and examinations.

In the event of a strike or lockout, we stand shoulder to shoulder in solidarity with employees and the trade unions

The Student Council of the Faculty of Humanities (HUMrådet)

“The General Meeting resolved that we will actively support staff before and during a dispute! And in the event of a lockout, we will, in co-operation with the labour unions, if necessary prevent employees who are not members of trade unions from teaching and other dispute-related work!”

If necessary, students will physically put pressure on the employers by closing down the faculty. The plan is that only students who need to use the reading rooms or similar activities will gain unlimited access to the faculty.

Chairman of the Union of Danish Students (DSF), Sana Mahin Doost reacted to the announcement from the humanities students with a “cool!”

“At the university we have shown wage restraint for many years on everything from associate professors to caretakers, and it is about time that the employees’ hard work is rewarded with reasonable pay increases,” the humanities student council writes in its statement of support.

According to the council’s students, the employers’ wish to save on salaries to university employees is related to the cuts that, in particular, have affected the humanities degree programs in recent years:

“Good working conditions for staff are crucial to ensure that we students get good study conditions and proper training. That is why we see the fight in the collective bargaining process as a fight against cuts in general,” the statement of support writes. It goes on:

“We are, of course, sorry that a potential dispute will entail that we lose teaching hours, and this can affect our examinations. But we are even more concerned that continued cuts and poor working conditions will destroy our study programmes! We therefore fully support the employees’ claims, and in the event of a strike or lockout, we stand shoulder to shoulder in solidariy with the employees and the trade unions and we offer our support wherever we can!”

Employees are already working in the breaks

Niklas Zenius Jespersen, chairman of the student council of the humanities (HUMrådet) and a history student, says that the government’s wish to abolish the employees’ right to a lunch break during working hours, which in reality corresponds to a reduction in pay – can cost the Faculty of Humanities DKK 30 million a year.

“One option may be that the sum that the government gives the university for salaries will be reduced, and this could result in layoffs,” says Niklas Zenius Jespersen.

He also says that the students he has spoken to are frustrated and concerned by the prospect of a dispute that could ruin their exams. But there is a widespread feeling that the responsibility lies with the Danish government.

“People understand that the employees are not to blame,” he says. “The teaching staff and the employees at the offices are already working hard in their lunch breaks, not least after the recent layoffs at the faculty.”

Niklas Zenius Jespersen urged students on Friday 16th March on the university radio to contact their programme’s student council, if they want to know more about the dispute between the public sector staff and employers, or if they want to support the staff.

He also called on his fellow students to download the information they need from the UCPH websites, and to have things like applications submitted in good time. In the event of a dispute the UCPH IT systems are likely to be shut down.