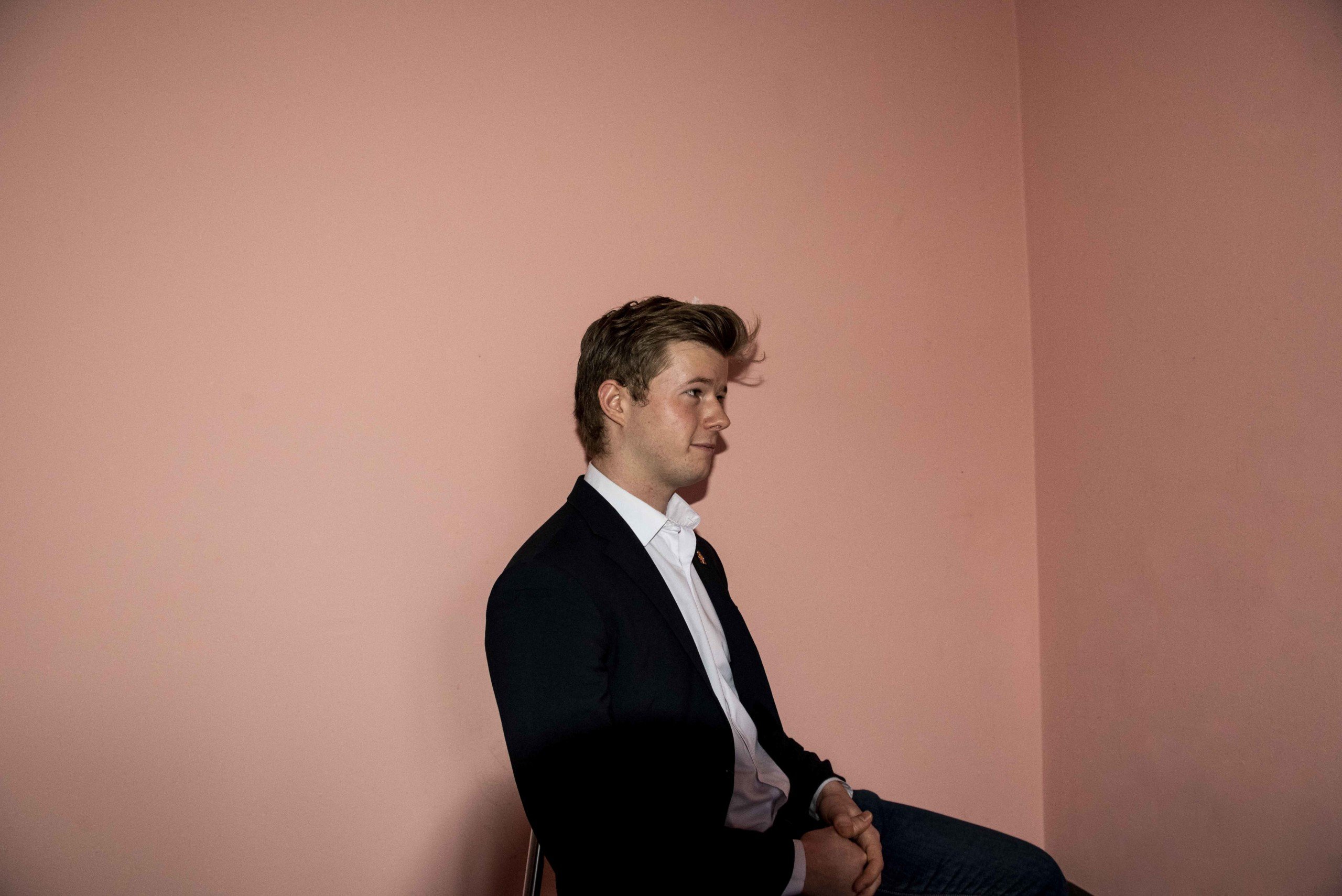 As a student with centre-right political views at the Faculty of Social Sciences, you have to censor yourself and your opinions to get by says political science student and active member of the Conservative People’s Party’s youth organisation, Christian Vigilius.

Christian Vigilius is a first-year political science student. He is church and culture spokesperson within the youth party and vice-chairman of the Copenhagen branch.

What is it like being a centre-right student at the University of Copenhagen?

»I’ve gotten used to the fact that I have to be careful with my words. I had the same experience in secondary school, but it’s worse here. What you can and cannot say is subject to a lot of restrictions. In secondary school, I felt there was more room for political opinions that differed from that of the majority.«

READ ALSO: It is not easy expressing your centre-right views at a left-wing faculty

»One of the first things we were told, when I started here, was to expect that we would all begin to believe in the same things over the course of our time in the programme. It was meant as a joke, but there is some truth to it. It seems like you have to either be a social-liberal or a left-winger to get by.«

Do you find that the same is true for the professors? Certain opinions and beliefs are worth more than others?

»Yes, I definitely get the impression that there is a right set of opinions and a wrong one. The latter is worth examining academically, so you know what to distance yourself from.«

How do you see that in practice?

»I’ve noticed that every time a professor needs an example of a politician messing up, he or she will usually pick a centre-right politician. If you have trouble finding left-wing politicians who have messed up, you must be blind to the world around you.«

It would be great if people would set aside their prejudices. If we could have a more open dialogue without the constant need to analyse motives and pass judgement.

How do you handle political discussions at uni?

»I rely on self-deprecating humour a lot, and I’m very careful about my choice of words. I pay attention to how people react; if they go quiet or start looking at each other, I usually rein it in. In the gender debate, for example, you really have to be careful about what you say. I can’t discuss gender with everyone, because I believe there are two genders and that’s practically a forbidden belief out here.«

In what way? Do you feel like you’re not allowed to have your opinion?

»Just look at the debacle over a questionnaire about gender sent out to students at the faculty. That discussion went completely off the rails. Those two poor guys whose thesis operated with two gender categories were hung out to dry. There’s this silent agreement that people who believe in only two genders are backwards. There’s no recognition of the fact that we are of a different opinion.«

Do you get the impression that people think poorly of you when you talk openly about your beliefs?

»Yes, definitely. No doubt. That’s why I use my self-deprecating humour. It would be wonderful if I could just express myself without concern.«

What is it like as a relatively new student here to experience others thinking less of you?

»I would like a social life out here, but I was aware that it would be difficult from the beginning. I want to stand by my opinions, and I accept that there’s a risk I won’t fit in.«

Did you consider that prior to enrolling?

»Yes. I have other social networks like the Conservative People’s Party’s youth organisation for instance. I can always rely on that but it’s a shame. The best political discussions I’ve had have been with people with whom I disagree. I look for those kinds of people out here and my own study group have been very open towards me.«

How would you like to see the environment change here with regard to fostering dialogue?

»It would be great if people would set aside their prejudices. If we could have a more open dialogue without the constant need to analyse motives and pass judgement.«

»Someone told me that if she found out she was talking to someone who had voted for the Danish People’s Party, she would have nothing further to do with that person. I don’t understand that mindset. I’d love to talk to people who vote for the Red-Green Alliance, ANTIFA-members, or communists… I’d like to hear their opinions.«

»In the youth political scene, it’s my experience that people are really good at debating each other and having meaningful discussions despite having different political views. I wish more people out here would get active in a political youth party, so they could experience someone from the Socialist People’s Party having a civil discussion with someone from the New Right.«

Prior to this interview, you told me on the phone that you never discuss immigration policy on campus.

»It’s a very sensitive subject to a lot of people and it doesn’t take much for them to label you a bad person.«

»I’m never offended personally by other people’s political beliefs and opinions. It does, however, offend me when someone says, if you vote for so and so, I don’t want to have anything to do with you.«

Do you feel that your fellow students have a hard time looking past your political identity and seeing you because of your centre-right views?

»When people get to know me, they are usually able to separate the two, but getting to that point is not always easy.«