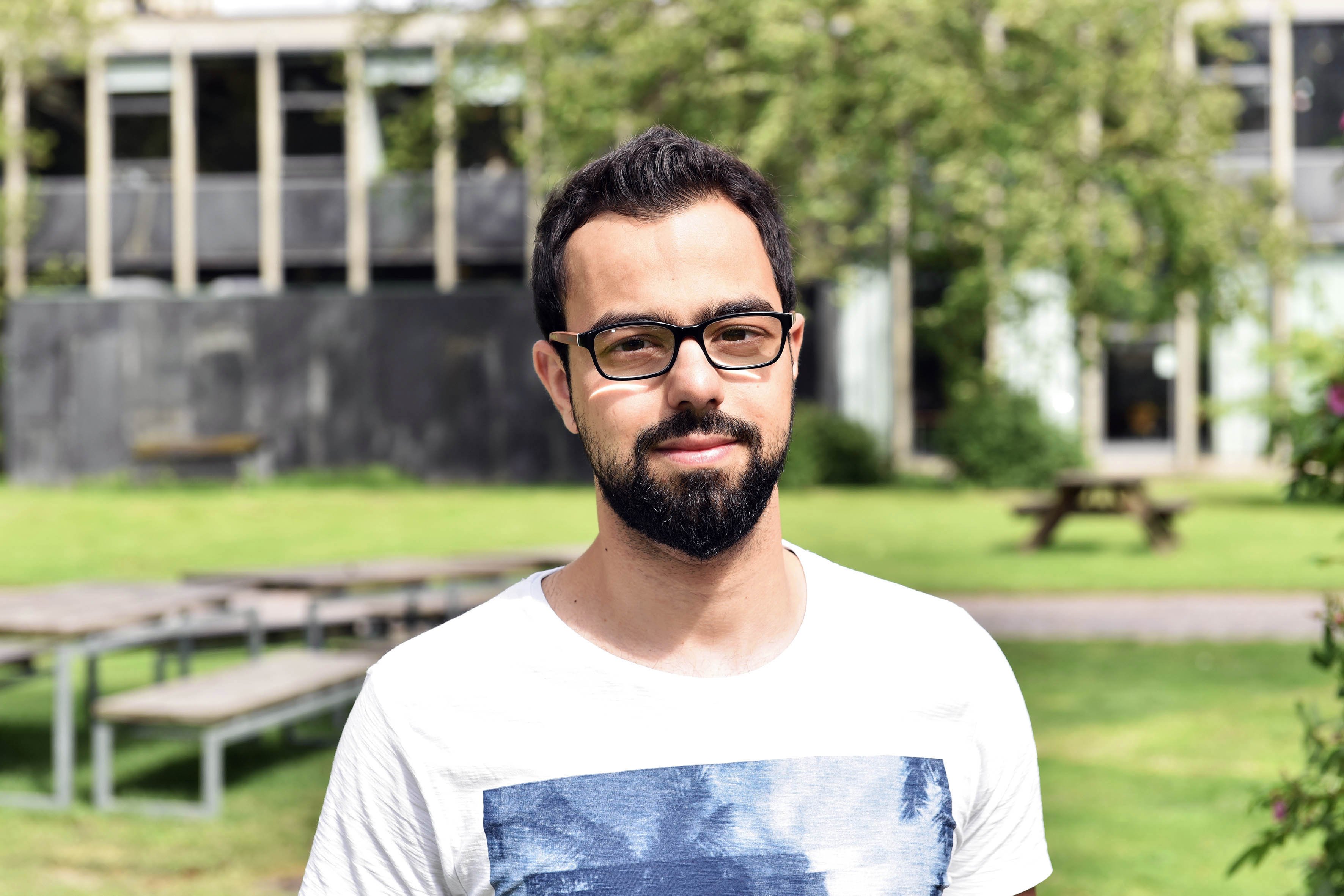 Mohannad Aloula fled from Syria via Turkey to Denmark in 2014. Now he is in an internship at the Department of Chemistry and dreams of studying biochemistry.
image: Anders Fjeldberg

Refugee — In 2014, Mohannad Aloula fled, on his own, from Syria to Denmark to avoid the forces of Assad. Now he is doing an internship at the Department of Chemistry while studying at the adult education college VUC. In his homeland he studied chemistry, and he hopes to start biochemistry next summer.

Mohannad Aloula received the message via acquaintances in Syria in 2013. The contact who had helped him smuggle medicine into old residents in the occupied suburbs of Damascus had been arrested by Assad’s forces. This meant that Mohannad would most likely also be captured by the Syrian dictator. The then 22-year-old chemistry student would have to leave the country as soon as possible. He does not doubt what would have happened if he had not left the country.

“I would have either been imprisoned and perhaps killed by Assad’s forces. Or I would have been drafted into the army. That I think is the most likely. But then I would be fighting against Islamic State and would probably be killed in the war.”

His family helped him raise money for the journey, and he fled across the border to Turkey. Here he lived for nine months and worked with a baker while saving money to travel to Denmark, where his great aunt and wife live in the district of Amager. The trip went through Greece, where he got an Italian identity card, on to Milan and then Amsterdam.

I have been away from the subject for three years. So it’s nice to be in the laboratory again.

From Amsterdam he flew to Denmark in 2014, where his family picked him up at the airport and drove him to the police. First, Mohannad lived at the asylum center Sandholm and since then a few months in South Jutland. Two years ago, he received a five-year residence permit and a one-bedroom apartment in Tårnby near his great aunt.

Mohannad has just passed his Danish exam at the language centre. He speaks with a muted voice in flawless Danish. He has to look for the words only a few times, and he looks up to confirm that he is using the correct phrase.

Back to the laboratory

“I knew that I would not learn Danish culture from my Syrian great aunt who lives here. But I have many Danish friends. I’m still friends with a couple that I met when I lived in Dragør. And people have been very sweet in helping me, even though I could not speak so well at first,” says Mohannad.

His plan is to study biochemistry at the University of Copenhagen  (UCPH) next year. Because, although he almost had a full bachelor’s degree in chemistry from Damascus, the chemistry only corresponded to the Danish high school level. Since his English is limited, he is currently studying English at VUC. His interest in chemistry has remained however, so with the help of a friend he came into contact with the chemistry department. He has been on an internship at the department since January. Here he assists in the daily operations and makes chemical solutions.

I am really pleased to work at the chemical department. When I'm here I feel like a chemist again.

Mohannad Alouli about his internship at UCPH

“I’ve been away from the subject for three years. So it’s good to be in the laboratory again,” says Mohannad, who is particularly interested in biochemistry.

“I love biology, but it’s hard to find work as a biologist in Syria. So I want to study biochemistry because it has a bit of both subjects. My big dream is to teach at the university. But first I have to take my bachelor’s degree,” he says with a shy smile.

Although Mohannad Aloula has lived in Denmark since 2014, he still feels like a stranger.

“I don’t have the feeling of belonging. But I have come here because I could not stay in Syria. I’m happy to be here, but I’m still a Syrian at heart.”

When you ask him what has surprised him the most during his three years in Denmark, the answer comes quickly and without hesitation: “The weather,” he says, laughing as we look out of the window where the sky is overcast, and the first rain drops heavily on the square brick buildings of North Campus.

He continues: “I’m also surprised that Danes drink so much that some of them cannot stand on their own two feet. When Danes drink, it’s as if they become other people.” 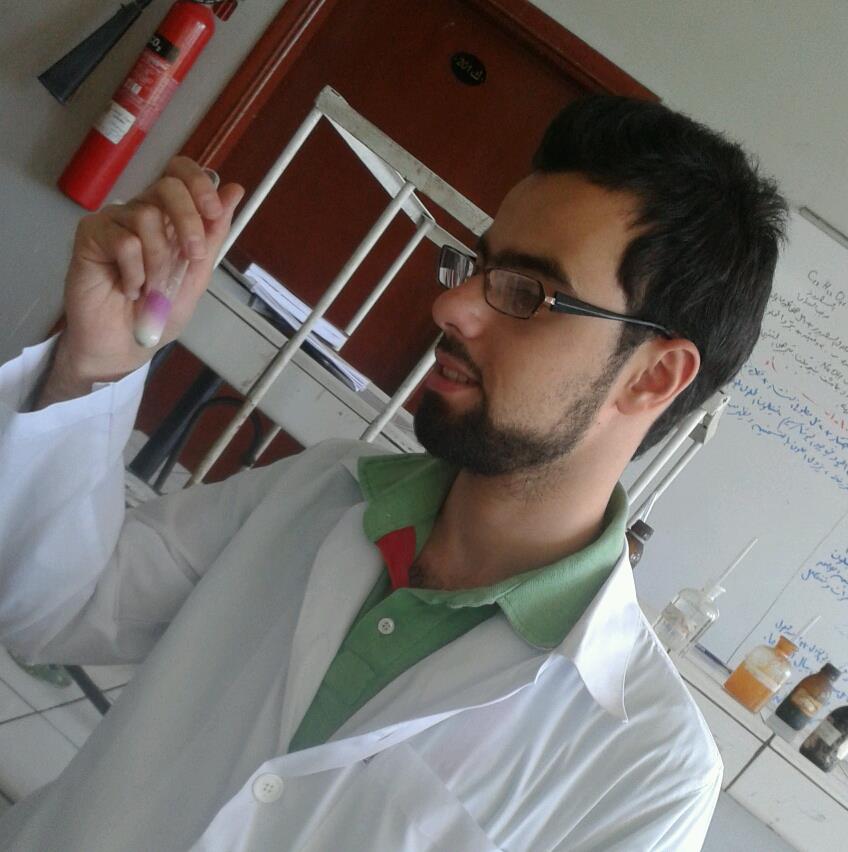 Does not read the news

Mohannad’s parents and two siblings still live in Damascus. Even though he misses his family and old life, he tries to look forward and remember that his family is in one of the safer areas of the war-torn country.

“My family is okay now, because they live in the center of Damascus. There are not so many bombs, but prices have gone up significantly in Damascus. Before the war, you could get 46 Syrian pounds for a dollar. Now you have to pay 550. Everything has become much more expensive because of the war.”

After taking his bachelor in a couple of years, he hopes to return to Damascus and his family:

“I miss my city and hearing Arabic on the street. This is, after all, my homeland. I have stopped reading the news from Syria every day. It is too hard to read that, for example, Aleppo is being bombed. It would be like if you watched the TV and saw that they were bombing in Jutland. But so long that I know my family and friends are doing well, I do not have to read the news from Syria every day. Now, my daily life is here.”