»I say 'I don't know' so often in the lessons that students ask me: 'But what do you know?'« 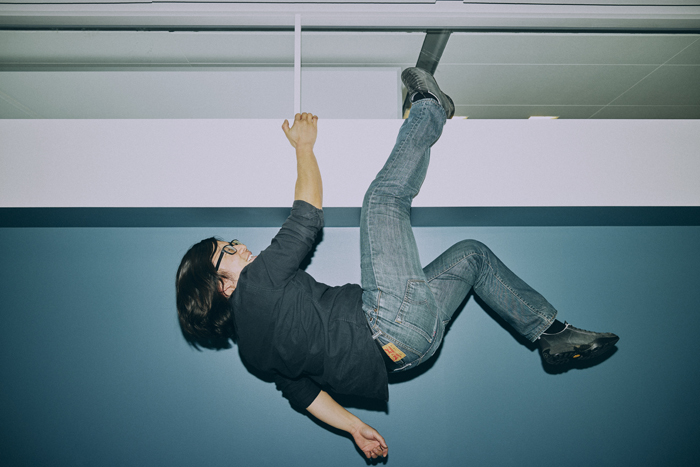 Lecturer of the Year — Associate professor of law Hin-Yan Liu has been named Lecturer of the Year, in spite of the fact that, according to him, he actually does no lecturing. He would rather discuss with his students, and walk away from the classroom with enough material for half a book.

Hin-Yan Liu’s office is a jungle.

On top of a series of stacked bookshelves there are two bicycles, one of which he has built from bamboo stalks. A long climbing rope is hanging from a hook. Plants with leaves that touch the ceiling envelop his desk on all sides, almost hiding a porcelain owl.

READ ALSO: »I have never actually experienced teaching quite like this«

He has just been named Harald of the Year, an award to an instructor at the University of Copenhagen. He is surprised that he has won, especially because he doesn’t see himself as a teacher.

How would you describe your teaching style yourself?

»I wouldn’t call it teaching. Not at all.«

What would you call it?

»I don’t know. It is not teaching and perhaps not even education. It is an interplay of what the students and I end up creating together. Maybe you can call it education through thinking together.«

Man is a bad computer

I attended one of Hin-Yan Liu’s classes the day before. While the students chuck off their coats and chat in a mixture of English and Danish, he writes on the board with a marker. It makes squeaky noises when he swooshes it around the whiteboard with hectic movements. He fills a whiteboard and rolls it down behind another one, so the central points are ready for later.

If no one responds, the awkward silence is allowed to spread out into the room before someone speaks up.

This is the final lesson in the elective course Artificial Intelligence and Legal Disruption. The sleet is coming down outside. He asks the students to discuss what the consequences will be for society and for mankind if a superintelligence is developed.

»Give it a shot and see what you can think up,« he says. And ten minutes into the class, the students are in the process of discussing in groups. They’ve tried it before.

During the lesson, the students speak much more than Hin-Yan Liu does. They ask each other questions, and this is the point, he says. If no one responds, the awkward silence is allowed to spread out into the room before someone speaks up.

»It’s important to me that the students participate. I’m not just standing up here at the whiteboard. I’ve never understood the point of lectures. It seems like an outdated model. Gutenberg invented the printing press, and since then we have been able to read the information ourselves.«

The human brain is not a good place to store information. We forget and lose our way, according to Hin-Yan Liu.

»If the purpose is simply to put information into the heads of students, then we will come up short. Humans are not particularly good at handling data, so if this is the foundation of our educational system, then we will be quickly outperformed by machine learning and big data, the way I see it. Our greatest advantage is our wisdom and our ability to acquire knowledge.«

University not a kindergarten

When Hin-Yan Liu welcomes a new class of students, he makes it clear that he does not want to be seen as a teacher.

»I say to them ‘I will say it as it is: I won’t be able to teach you, but hopefully you will learn something anyway.’« 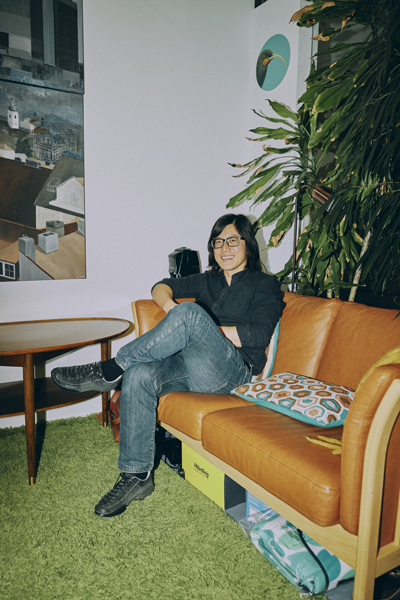 If the students on his course develop an ability to adopt a critical approach to the texts and topics they are dealing with, then his most important job is done, he says.

He believes that academia needs to have a wider conversation about what education really is. Is it the most important thing that students learn a lot of information by heart so they can get good grades? Or is it the most important thing that they learn to think critically and search for the information themselves? He himself has no doubt as to what the answer should be.

»Is this the university, or is it high school? Or is it a kindergarten where you just have to show up and get everything presented to you? What is the proverb, now: »You give a poor man a fish and you feed him for a day.  You teach him to fish and you give him an occupation that will feed him for a lifetime. It won’t necessarily help you to know lot’s of stuff and lots of facts. So I don’t prepare them for their exams, I prepare them for the future as I see it,« he says, and shifts his strong glasses.

The way he sees it, the problem is the focus on grades. It shifts the students’ motivation towards learning exactly what is required to get a good grade, and preferably no more than that.

»I believe that education is about cultivating good, well-educated citizens, but academia has become a system in which you are rewarded for playing the game. I myself had exams, which were this type of competition, when I was studying at university myself. I was really good at doing exams, but I don’t think it improved my academic standard or my level of education on the whole,« he says.

No reason to believe my ideas are better than my students

Hin-Yan Liu accepts that some types of knowledge cannot be discussed. As a student at the Faculty of Law, there are some rulings, regulations, practices and paragraphs that you just have to learn if you are to graduate as a skilled lawyer one day.

»If you accept my premise that things are changing incredibly fast, then you also accept it also changes constantly what is right and what is relevant. How can I be certain that what I know and think right now is the right thing to do? And even force feed it to others? Doing this would be pretty arrogant,« says Hin-Yan Liu, as he is perched on the office window sill.

His bookshelves are over-stacked with books, and he publishes several scientific articles every year. But he distances himself from his role as expert. Nothing good comes from calling yourself that, he reckons.

»It may well be that I have been in this game longer than my students and read more books than them. But there’s no reason why my ideas should be better than theirs. They have other life experiences and input than I do, so clearly I’m not the only one who can teach them anything.«

There is a risk associated with standing too firmly on your own ideas, according to Hin-Yan Liu.

»The more you think you know, the more you end up in a scientific rabbit hole. There may be other tunnels that are just as valid, but you will never come across them. And if your livelihood depends on your expertise, you will, of course, defend it, and be closed off to alternative ideas. This is the opposite of what we should do.«

»I say ‘I don’t know’ so often in the lessons that students ask me ‘but what do you know?’« he says and laughs.

»I teach the best«

There are so many brilliant students in this place, much more brilliant than I was myself – who will take care of them?

The students I speak to after the day’s lesson love Hin-Yan Liu’s teaching style. It’s different, it’s engaging, and others have started using his methods in their courses. He is the best lecturer they have ever had, several of them say.

But aren’t there any that lose out when you teach the way you do?

»This is the eternal dilemma. That I end up with a tiny group who really like it. They are the ones you talked to, and what they said was really nice to hear. But it does not apply to everyone,« he says.

It started out with 30 in the class, but at the lesson the day before, there were 11. Hin-Yan Liu can live with that, he reckons.

»When I was interviewed for this position, I was asked about my teaching philosophy. I was younger and perhaps a bit more direct, so I said: ‘I teach for the best’. It was an online interview, but I could just see their jaws drop in the small squares on my screen,« he says.

He got the job and found out that his response to the interview did not square off completely with Danish teaching culture, he says.

»Well, you’re probably supposed to direct your teaching at everyone and try to pull up the weakest ones. I was a strong student myself, and I always got really bored. There are so many brilliant students in this place, much more brilliant than I was myself – who will take care of them?« he asks.

As long as so many courses at the university are organised so that everyone can follow them, then it’s OK that his own elective courses are not, he thinks.

When the superintelligences turn up

There weren’t that many embarrassing silences during the lesson the day before. The discussion rapidly evolves in a philosophical direction. When the time is 15.00, no one looks like they plan on finishing on time. Three students have their hands up.

They discuss the role that AI (Artificial Intelligence, ed.) will play in the demise of mankind. Is it not just too risky to build superintelligences that can potentially take over, when we have to die anyway one day? Several of the students are inclined to think so.

»I am not OK, in other words, with humanity just dying out,« says a student.

More students put their hands up and Hin-Yan Liu looks at the time.

»I know we have run out of time, but it looks like we are in the middle of a cool discussion. What would you like to do? Should we continue for a few minutes and then round off,« he asks.

It often happens that he and his students stick around after the lesson is actually over, to continue talking. This is one of the reasons why he was nominated as Lecturer of the Year. And it’s not just for the students’ sake that he does it. He tells them that before they leave:

»It has felt like more than a course. We have shared our view of the world, and I have left every single lesson with you thinking ‘wow, there is enough for at least half a book here’. Thank you for teaching me so much.«