"I was high during exams” 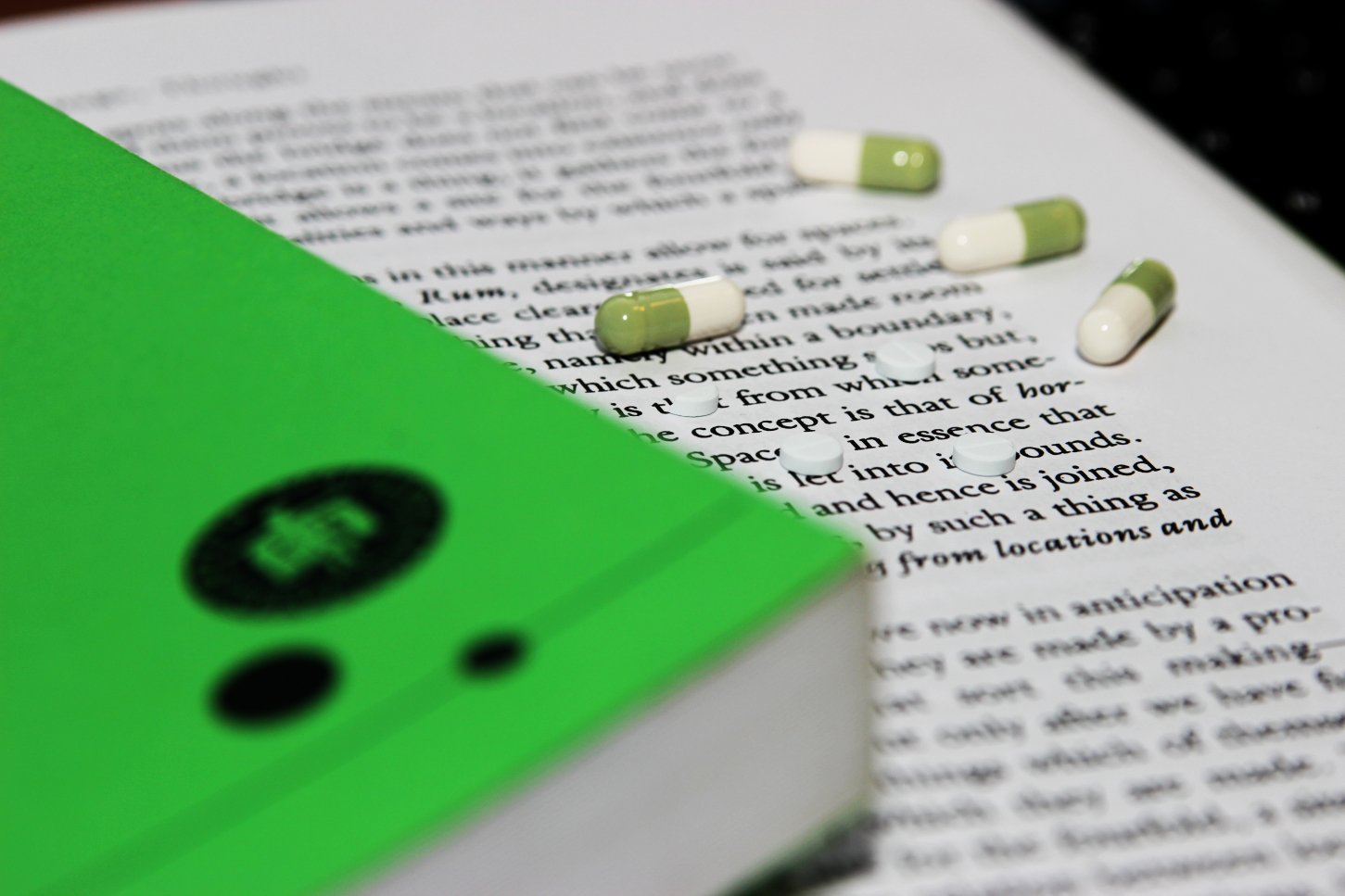 INTERVIEW — What is life like for a student on drugs, and what is it like to be affected by drugs during exams? The University Post met up with a student who combines studying with illegal stimulants.

Most students like to party, and the party is not hard to find in the rounds of intro bashes, Friday bars and after-class beer. But what happens when you are not just going for the drinks? The University Post met a student who during his time at the University of Copenhagen has been under the influence of drugs at Friday bars, lectures and at exams.

The student is anonymous in the text, but the newsroom is aware of his name and department.

Psychoactive drugs are substances that alter your state of mind. The drugs are designed to mimic the brain’s own neurotransmitters (dopamine, serotonin, endorphins and anandamide) and stimulate the parts of the brain called the reward system.

Your senses, thoughts, memory, moods, feelings, body regulation, movements and actions are affected when you take them.

It is the drugs’ impact on the reward system, which explains why you can become addicted. When the reward system registers actions that feel like satisfaction, you get the urge to repeat the actions. If you continue to take drugs for a long time, your reward system changes, and you start to change your behaviour.

Heroin, amphetamine and cocaine have a large affect on the reward system, and are therefore substances that quickly lead to addiction. But all psychoactive drugs can be addictive if used frequently.

When did you start taking drugs?

“Half way through high school. I was fascinated by the psychedelic aspect of it for many years – but without taking anything. It was just pure interest, and then suddenly there were these opportunities to try it, and I found them fascinating. I had some good moments. And then the drugs at high school parties started taking on this second aspect – as party drugs. It was something that enhanced the party.”

So it was mostly on festive occasions that you took the drugs?

“Not at first. But it got to this very quickly. One thing led to another. I have taken many different things, because I had this interest in it. In the psychedelic world it has been especially , and then , but here we are over in the party world.

I had a few years where I mostly took ecstasy, until it lost its novelty. And so I decided to stop with it completely. Next to this, it has mostly been I have been running on, and whatever else happens to be at hand.

Have you had a favourite drug?

“Yes, well, ecstasy changed my life, I want to say. It was really great, but after a year or so, it lost its glamour. Now it has been some years, so I don’t miss it quite as much, but I have to admit that just when I stopped, it was my plan to say: Now I wait three more years and I hope that it will come back again, because I did not want to miss it. But I have succeeded very well in doing without it anyway.

But you’ve taken other things while you studied?

“Yes, yes, yes. It continued when I started at the university. And it has continued until this year almost, where I have stopped a bit.

So you have stopped completely now?

“Yes, just with the speed.”

But not with the other stuff?

“Well, no, not…” the sentence is not completed, but ends in laughter.

Study-drugs or just drugs at school

Have you been affected by drugs during your studies, or for your exam?

“Yes I have. I have also written assignments on it and stuff. I have not been on speed for the exam, but otherwise yes. I had some ritalin once which I took for an exam. It was, surprisingly, a really good exam substance. It depends of course on what kind of exam it is, and this was not why I took it. I had it is just lying about, and it seemed like a great idea, but it’s not something I’ve done since. ”

“I could not really think, and this is really not a good thing to happen at an exam, so I failed completely.”

How did the exam go?

“It went brilliantly, and I got a 7. This is kind of okay. I have never been really good at exams, so it was a way to stay focused because I tend to panic a little. And then I began thinking about everything else, but I had probably been able to go through with the exam without it.”

Have you been affected by drugs for other exams?

“I had an exam in another subject. It was stupid in a way, but I was really nervous, and I had experimented a bit with some benzodiazepines at the time. So I tried to take a small dosis just to take the top off it, but it just had the effect that I could not do anything. I could really not think, and this is really not a good thing to happen at an exam, so I failed completely.”

“If you just manage to schedule it, then I don’t think it prevents you studying at all.”

Do you have a daily consumption of drugs?

“I’ve had periods of time where I took speed almost daily, but these have been brief periods. Suddenly it becomes too much, and then you take only a few days’ break before you are at it again. I had a period where my consumption was quite bad, or dramatic.”

Was it while you were studying?

Did it have any impact on your student life?

“It’s hard to say. I did not think it had any effect. But it probably did, when I think back on it. But in the moment it was in fact was a bit easier to study, but this is also the thing with speed. It gives you just a bit of extra motivation and it made me suddenly do a lot of things. But whether the stuff I read actually stuck with me, well I’m actually not so sure. In the long run I do not think it was a good move.” 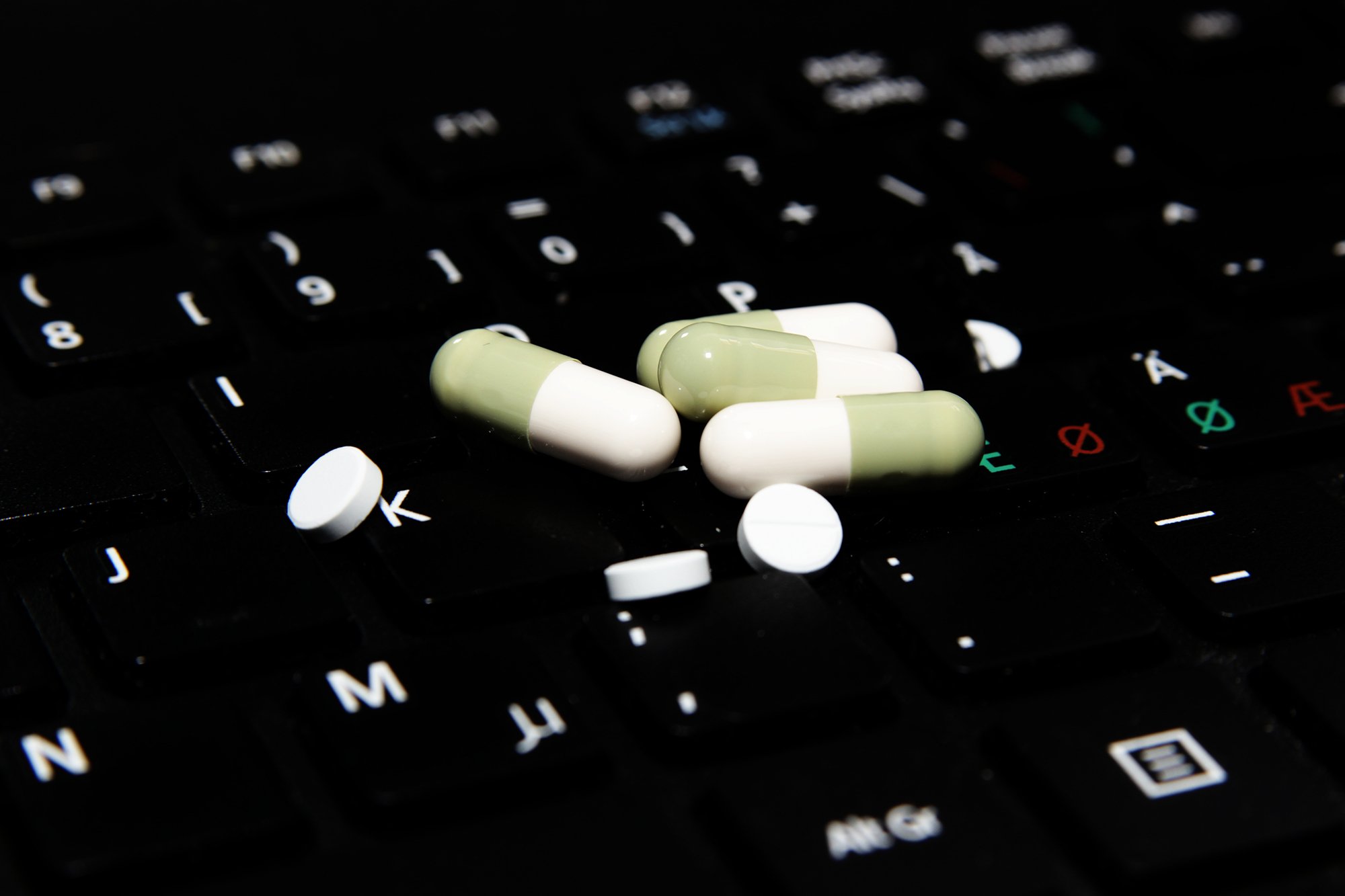 Not normal to take drugs at uni

Do you think in general it is harder to study when you are taking drugs?

“I think it’s very different from person to person. So if you are good at it and know how to plan it, and figure out how to get some sleep, it can actually be a boost. If you just manage to schedule it, I do not think it prevents you studying at all.”

You are addicted to a psychoactive drug when you experience three (or more) of these things:

You use larger and larger doses to get the same effect.

You get physically or mentally ill, if you do not get the drug (withdrawal symptoms).

You long so much for the drug that it is hard to think of anything else.

It is more important for you to use the drug than to take consideration of others and the things you have to do.

It is hard to control, reduce, or stop the use of the drug.

You keep using the drug even though you realize it is harmful to you.

Abuse does not come from one day to the other, but is developed over a period of time where the psychoactive substances are used more and more often in greater and greater doses. Source: stofinfo.sst.dk

Is it the sleep that has been most problematic in terms of being on drugs and studying at the same time?

“Yes this is for certain. So you may well be on day two, and have only slept for two hours –  but you don’t feel that you are dysfunctional in the moment and that you might not remember things. But then you come up to the surface after a week and ask yourself what it really is that you have done with yourself. You know you’ve worked a lot, but you cannot remember any of it.”

Are there many people who study and take drugs at the same time in your experience?

“Not at all – quite the contrary. I have, in fact, hardly ever met anyone. Or yes, well of course there is always the hash group, but I don’t really count these. I’ve met plenty who have taken drugs, but it is as if people stop before they start university. This is certainly my experience. Either that or they are good at hiding it.”

Drug use as a hobby…

Do you have any plans to stop completely?

“I do not think I’m going to stop completely any time soon. There are these psychedelics, which are still interesting to me. This is something that I really like to do sometimes. So I do not think this is going to disappear from my life. But as I said, I think it has been good that I have stopped with the speed. At least in the long term. So I won’t be likely to stop completely. ”

“…there have been times when I have gone directly from the bar to the lectures. And this has often been with a little ‘assistance’.”

So you have no plans to take more exams on drugs?

“I do not plan to do so, but it may well be that you suddenly feel overcome by the pressure, so I cannot rule it out. It is perhaps a way to handle the stress, or at least certainly a way to overcome the pressure that can seem insurmountable. So yes I fear that I would fall in again if I felt the pressure or just had a bad day.”

So it is something you still struggle with?

“Yes, yes, it is somehow. I would not call it an addiction or abuse, but some common sense that tells me that this is not quite so healthy. But things have gone pretty well and I have been able to hide it. There have been times when I have gone directly from the bar to the lectures. And this has often been with a little ‘assistance’. Not a clever move, and it does not look nice, but it’s never gone really wrong.”