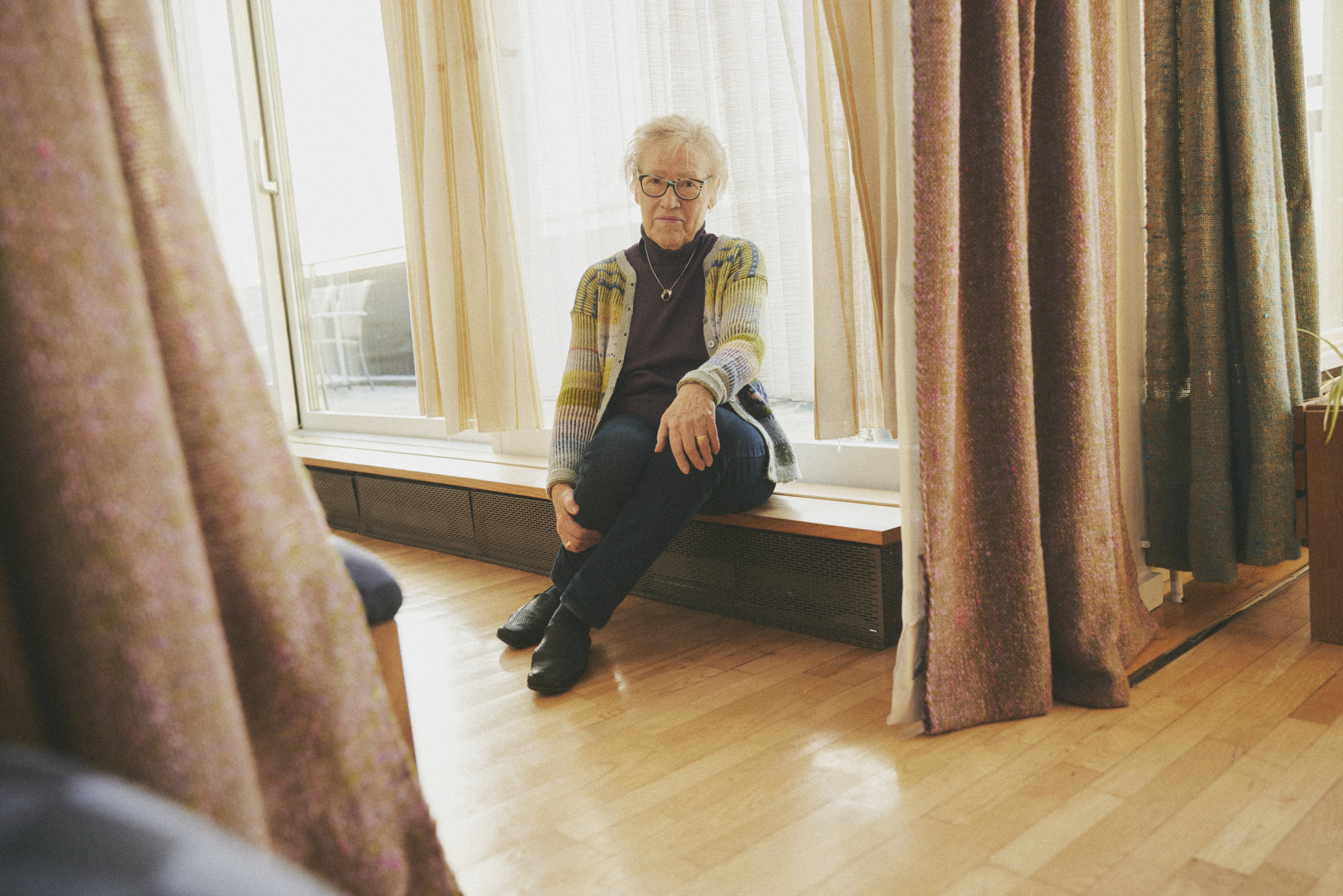 Portrait — She was a constant runner-up in the struggle to get a professorship. But Gerd Grubb continued her research at the highest level, even though she was not fully recognised. But she has been given this recognition now, as an 81-year-old, and honoured with a gold medal from the Royal Danish Academy of Sciences and Letters.

When Gerd Grubb became Professor of Mathematics in 1994, she was the only woman. The only woman out of 51 professors in what was then called the Faculty of Natural Sciences.

This October she was honoured with the Royal Danish Academy of Sciences and Letters’ Gold Medal. Not because she is a woman in a traditionally male subject area. But because she is a unique researcher who, as an 81-year-old, still publishes scientific articles in her specific field within differential equations.

Can solve many things

It is not easy to explain math to people who are not mathematicians. For most of us who do not work with mathematics on a daily basis, we can understand that 32 + 46 equals 78. Some of us may even, on a good day, be able to remember some of our upper secondary math and solve an equation. But few people really understand the language, essence, and full potential of mathematics.

Gerd Grubb does. In October, she was awarded the Royal Danish Academy of Sciences and Letters’ Gold Medal for a lifetime of work in mathematics. She is today an active figure in international mathematics, where she represents Denmark in the field called partial differential equations.

She has developed methods to handle classical differential equations in mathematical physics, and in particular for something called hydrodynamics, or the motion of fluids. They can be used to describe how air or water moves around the wing of an aircraft or the hull of a ship. The central idea in her research is to expand the conceptual system around differential equations to also include what is called pseudo-differential operators.

In this way, you get better methods to solve the problems, and in her latest research she has developed and applied the theory and found how it can be applied to problems in financial theory.

»This is what is fantastic about mathematics. You don’t focus on solving one thing, but aim to unravel a structure, and this can in turn be used for a number of different things,« she says. 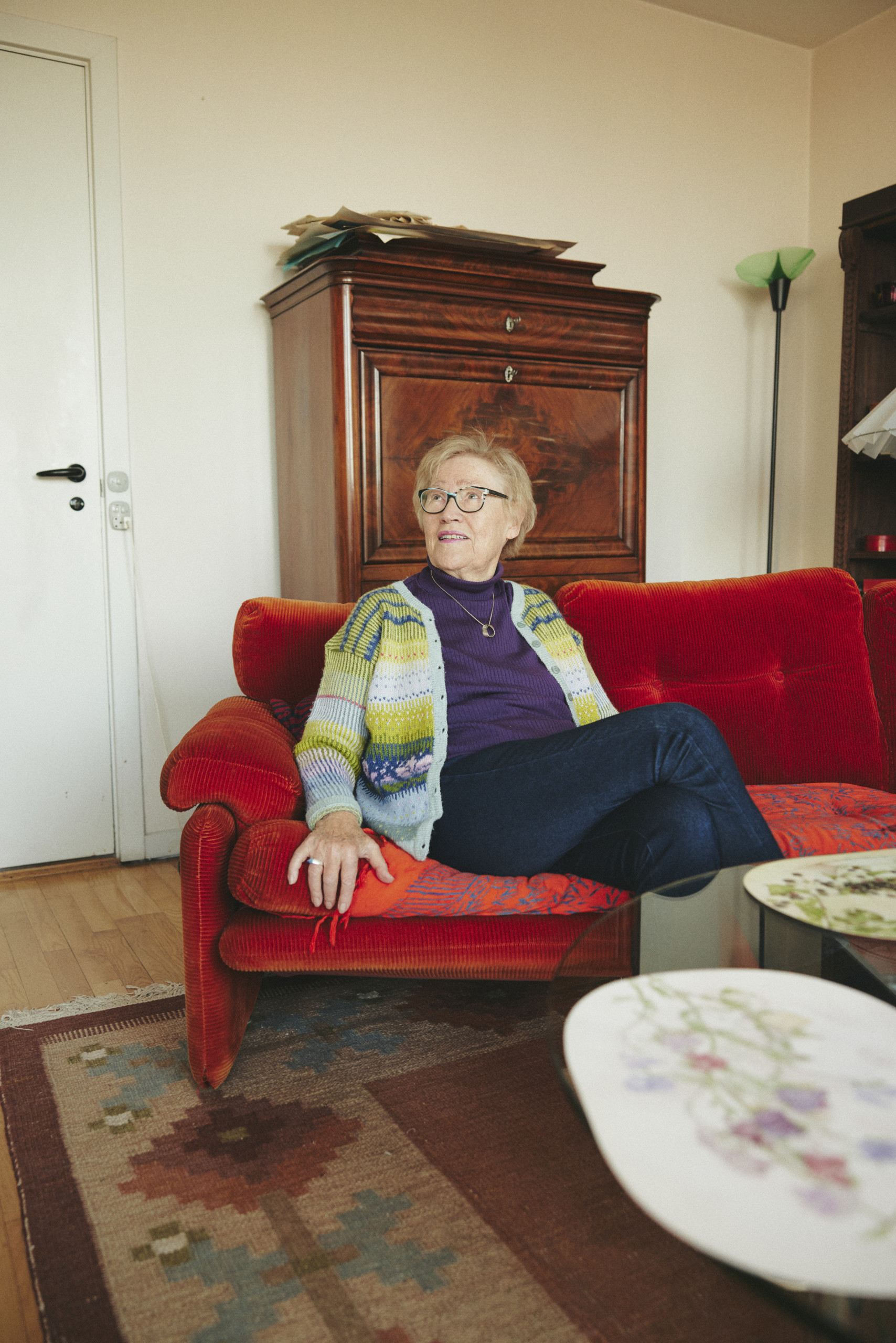 Gerd Grubb, Professor of Mathematics at the University of Copenhagen, in her flat in Copenhagen.
image: Jonas Pryner Andersen

On the occasion of receiving the medal, Gerd Grubb gave a lecture to her academic colleagues and the Danish Queen Margrethe II in October.

»This lecture was a huge challenge, I spent days writing it,« she says, while she flips through printouts of her slides from the lecture. While other sciences have short chains of logic, where A leads to B and only rarely C, mathematical chains of logic can go on and on. At the same time, the language of mathematics develops almost as you write it. If you want to know why X leads to Y, you need to be familiar with a number of previous steps.

I have been tempted to believe that nobody knew what I was doing or noticed it.

»That’s what makes mathematics so inaccessible. It is not because you are stupid if you do not understand it. It’s just because you haven’t been a part of the whole process.«

If Danes haven’t heard of Gerd Grubb before, it is because she is more well-known in international mathematics than at home. She has been on numerous trips and congresses throughout over the world and has lived a year in Paris. She has developed her field of science in collaboration with colleagues in France, the US, Russia, Sweden and Germany.

»It really means a lot to me to have been nominated for the gold medal by Danish colleagues. My subject area has been thinly spread out in this country, and I may have been tempted to believe that no one has known what I am doing or has noticed. That’s why it’s a huge encouragement that someone says, ‘yes, we’ve seen what you’re doing, and we think it’s good,’« she says.

When Gerd Grubb grew up, she was the kind of child who always put her hand up if she knew the answer to the teacher’s question. She was good at school, especially with numbers and systems. Both of her parents were chemical engineers, and it was natural for them, and for Gerd Grubb herself, that she applied to get into a basic degree programme in physics, mathematics, chemistry and astronomy, a programme that was all merged into one back then.

The natural sciences were seen as male subjects, and when she started at the University of Copenhagen, she stood out among a large flock of male students.

»We were not very many women. I think we were just a handful that started. There was a female teacher in Aarhus, but there was no one in Copenhagen,« she says. There were pros and cons to being a woman in a man’s world, she remembers.

»When I started, I quickly discovered that you shouldn’t be too fashionable, you should not have the latest new blouse or shoes. I was conscious about downplaying myself and keeping a low profile. The humanities girls were much more well-dressed than us maths girls. You were not supposed to make yourself look good. But why couldn’t you be both smart and attractive? Those humanities girls were really clever,« says Gerd Grubb.

I was conscious about downplaying myself and keeping a low profile.

On the other hand, you were noticed as a woman, she remembers. »It probably outweighed the fact that some people did not take you seriously.«

When she had finished her master’s degree, Gerd Grubb travelled to California and did a PhD dissertation at Stanford University. In the US, she encountered people who wondered why, and how, a young woman was working with mathematics.

»I have heard people say that when women do research, it is always with an attention to detail, because women like to sew and do embroidery and this kind of stuff,« says Gerd Grubb and illustrates her point by sowing with an invisible needle and thread.

»I heard this in the US. But they were less open-minded there than in Denmark.«

Another time she was at an event where the chairman of Stanford’s mathematics department also took part. She had to understand, he said, that when it came to female mathematicians, it was a bit like musicians – men were just better.

»There is no female Mozart,« he said. »There is no American Mozart either,« she countered.

At time of writing, Stanford’s mathematics department now celebrates Gerd Grubb on the front page of their website. 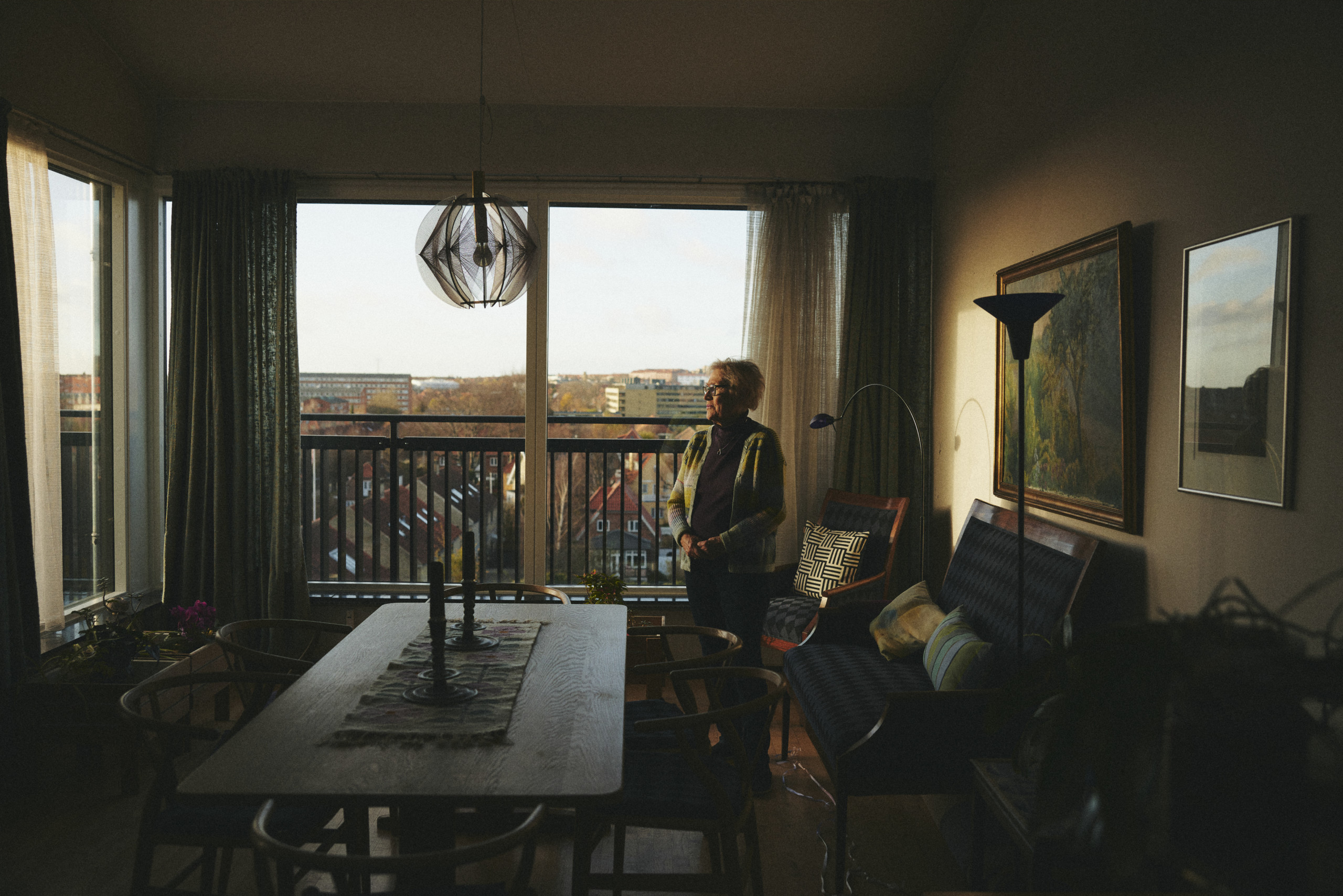 Gerd Grubb has a view of the city's rooftops from her apartment.
image: Jonas Pryner Andersen

When Gerd Grubb came back from the US, she returned to the corridors of the University of Copenhagen. There were still not that many women in the classrooms, and when she became a member of the board of studies in 1975 – and later chairman – Gerd Grubb investigated why this was the case.

»I found out that 18-20 per cent of a year cohort were women, and it had been like this for a long time,« she says.

She also discovered that the kind of support she had from her own childhood was also decisive for her fellow female mathematicians.

»It was quite clear that female students had been supported by their parents or teachers. Not one of them had managed it without this support, but many of the boys had. They chose mathematics because this was what they wanted. The women were dependent upon this support. In fact, I think this still applies,« she says, leaning back in her orange velvet couch.

I have nothing against being a role model, but it has just not been on my own agenda to be one.

It was only when the University of Copenhagen, at her instigation, set up a mathematics-economics programme in 1988, that more women appeared. More colourful women.

»When the mathematics-economics programme started, there were, actually some quite flashy women, and I thought ‘hooray!’ Now there will be a few with nice hair and smart clothes.«

One woman on the professors’ corridor

Gerd Grubb doesn’t just fit in anymore. She has striped glasses, and an intense gaze behind them. And contrary to the Stanford chairman’s views on the matter, you can actually call Gerd Grubb one of a kind. She was appointed the first female professor of mathematics at the University of Copenhagen and joined 50 male professors at the faculty of Science.

»Is that not incredible?« she says with raised eyebrows. »This was in 1994, but it sounds like something from the 1930s. Since then, there have been more incentives to hire women.«

While she did not experience being passed over in her early career, she did experience it later. It took 20 years from handing in her doctoral dissertation to getting a professorship.

»There is one place where I dare claim that there was discrimination – that was when you applied for the highest positions. I was always the number two. There was one case where I had twice as long a list of publications as the one they selected. It stinks to high heaven.«

Gerd Grubb blames it on our disposition to hire people who are similar to ourselves. In her case, she saw men hiring men for many years. Today, it is more equal on the mathematics programme. There are more women at the lectures and in the offices. Yet Gerd Grubb has never seen herself as a role model. Not before now.

»I have nothing against being a role model. But it has just not been on my own agenda to be one. But now I think it, kind of, is. Now I don’t think I should hold myself back. It’s good that young women can see that there are some who get through, without scars, and go all the way.«