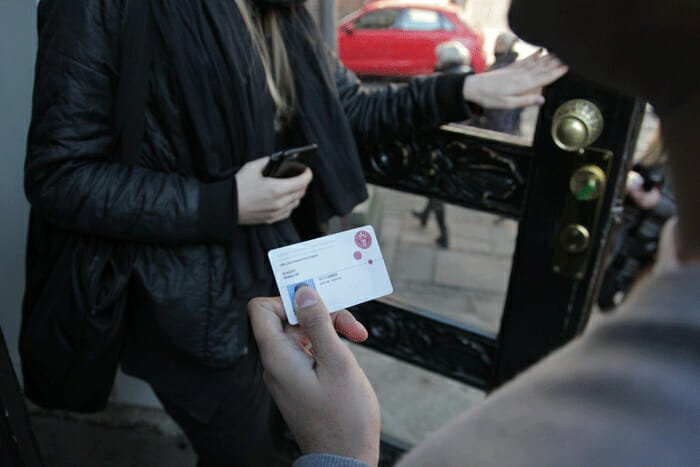 UCPH thrilled that its international scientists can be examiners, or lecture off campus, without being reported to the police.
image: Uniavisens arkiv

Law amendment — Foreign researchers and PhD students may now hold sideline jobs without having a separate work permit. It presupposes, however, that the job is related to their field of research. Employees on the Danish so-called pay limit scheme (for high salary contracts) are not, however, included.

Denmark faced widespread criticism at home and abroad last autumn when it was revealed that several foreign researchers had been reported to police by the Danish Agency for International Recruitment and Integration (SIRI), because they had violated the rules for sideline employment. The penalty was a fine, and a 15 year quarantine where the foreign national may not apply for a permanent residence permit in Denmark.

All the researchers who were reported to the police were from countries outside the EU and had violated the rules in connection with, for example, the supervision of a PhD student, being an examiner, or for presentations for public government agencies and institutions. They had, in other words, simply communicated their work.

The case in brief

The sideline jobs were, for example, as an examiner, for PhD supervision, and for presentations for public government agencies and institutions. All within the scope of the researchers’ normal work tasks.

The law was amended 10th June so that foreign researchers no longer have to apply for separate work permits. Employees on the so-called pay limit scheme for high salary contracts are not covered by the law amendment.

The American professor Brooke Harrington, who specialises in tax evasion at CBS, was one of those who was reported to the police for doing a presentation to the tax authorities and to the Committee on Tax Affairs in the Danish Parliament. And yes, it does sound like something that Kafka could have written.

The Danish parliament has now passed more flexible rules for sideline occupations and volunteer work for foreigners with residence and work permits in Denmark. The changes apply from 10th June and mean that foreign researchers at UCPH may also take a second job, without requiring a separate work permit.

The amendment is welcomed by the UCPH rector Henrik C. Wegener:

“I’m very satisfied with the change in this law. The new rules allow our international researchers to be affiliated to other projects. And the new rules help us realise our ambition of attracting talent,” says Rector Henrik C. Wegener.

The new rules mean that foreign researchers, visiting researchers, and PhD students at UCPH may have paid employment with no limitation on the number of hours. The second job must, however, be related to the researchers’ primary work. The new rules also apply to voluntary work.

The new rules make it possible for our foreign researchers to be affiliated to other projects.

Vivian Tos Lindgaard is pleased with the new rules. She is head of International Staff Mobility (ISM), the department that recruits and counsels foreign researchers at UCPH,

She has been in contact multiple times with researchers from countries outside the EU who have been reported to the police. They have, for example, held a presentation about their research to a government agency.

“This is good news. A part of being a researcher is to communicate your knowledge. It has been a huge problem that researchers have risked being reported to the police just to carry out their work. It is already expensive and time consuming to recruit international researchers, and it is crazy that they have not previously been allowed to communicate their research. This is completely Kafkaesque,” says Vivian Tos Lindgaard.

Some researchers will be affected

The new rules will ease some of the burden on employees at the International Staff Mobility Office.

“We have spent a lot of time informing people about the rules, and of course there has been some confusion. We have responded to questions on a daily basis. So the new rules will save us a lot of time,” says Vivian Tos Lindgaard.

We have responded to questions on a daily basis. So the new rules will save us a lot of time

She adds that ISM has two current cases where two researchers from other universities have been reported to the police for giving supervision or instruction at UCPH as a sideline job. UCPH has itself been reported to the police as an institution, but ISM does not know yet whether the case will end in court. If it does, they are ready to take it to trial on principle.

The amendments are for the benefit of most of the foreign researchers, apart from those researchers who are employed on the so-called . They are not covered by the new rules.

“We do not know how many researchers are on this scheme. And if they come from other universities but, say, do a sideline as a co-examiner at UCPH, then we do not know which conditions they are employed under. But we regret that the changes do not include this scheme,” says Vivian Tos Lindgaard.