International students are the secret heroes of the Spring Festival 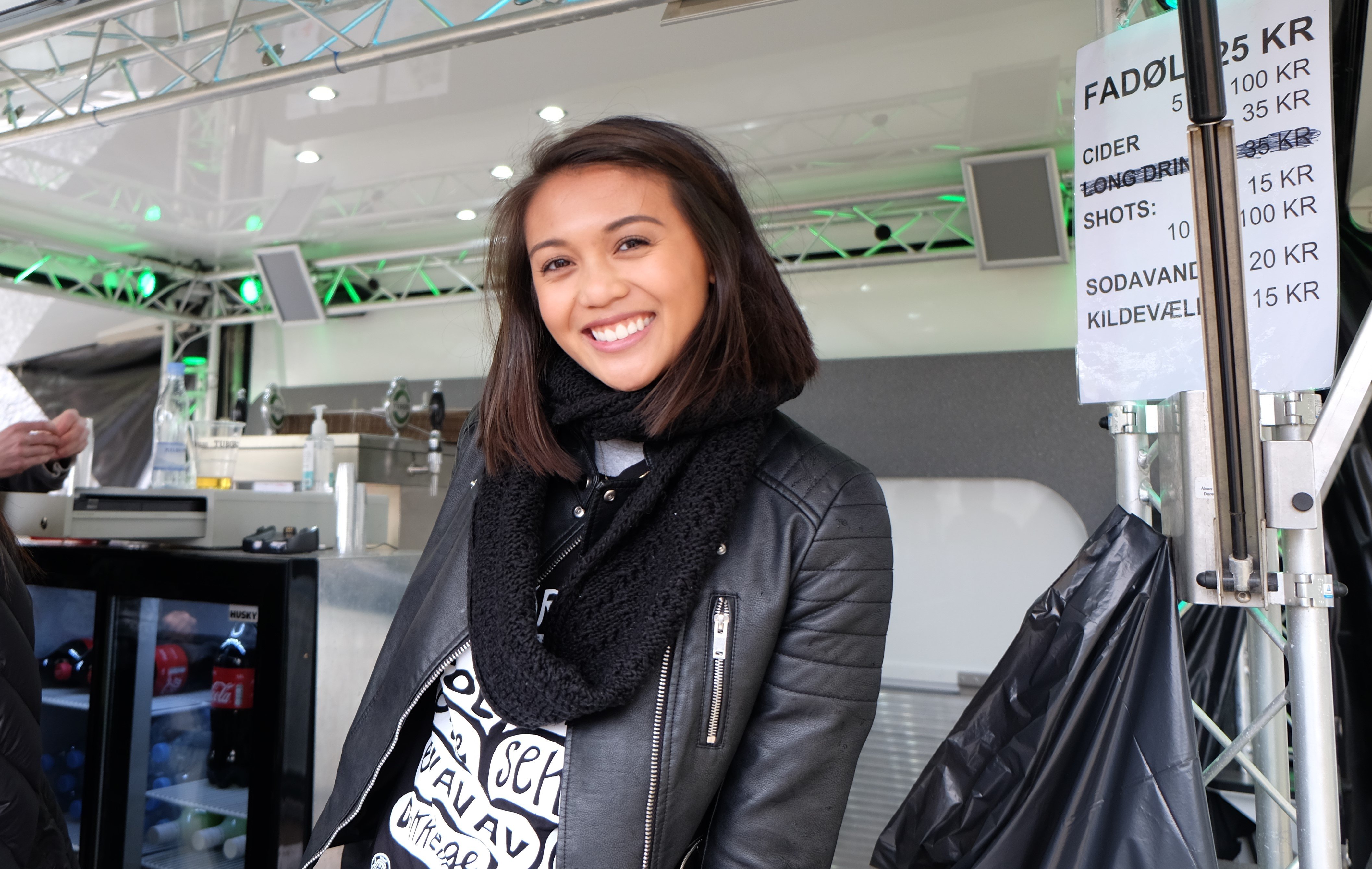 More than a third of the volunteers at this year's Spring Festival were international students. Meet a few of them here.

Students from 25 different countries were represented in the workforce at the Spring Festival 2017. 120 of the total 320 volunteers were international students. Most of them served drinks and food in the bars while the rest worked as stagehands, backstage crew and security.

The Festival’s international coordinator Stine Agerbæk is excited about the diversity in her staff:

»We have volunteers from pretty much all the European countries. Iceland as propably the northernmost. Then there’s USA and Canada, of course. And Ethiopia, Pakistan, India, China, Indonesia, Australia and so on. So there’s people from all over the world. It’s great,« she says.

Around half of the international volunteers are exchange students. The other half are permanent residents who are involved with Studenterhuset. Luke and Lewis are among that group. The University Post met them just after their shift as they sat down to rest and share a bucket of fries. 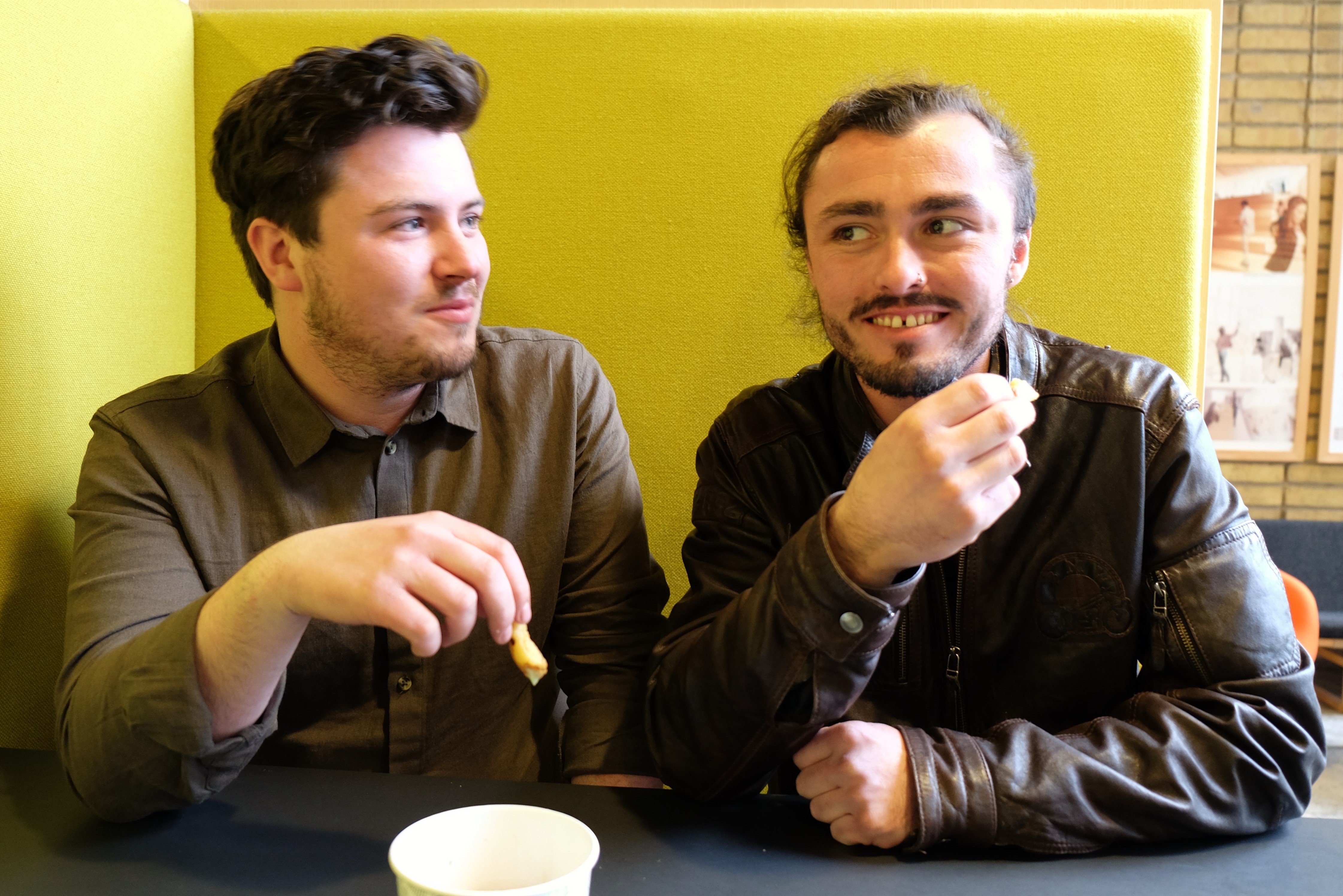 Luke (right)
»My connection to Studenterhuset means a lot of my friends are volunteering, so I wanted to volunteer as well. I volunteered at festivals before and I quite enjoy volunteering. Sort of contributing.«

Luke studies environmental science at UCPH and is about to finish his Master’s degree: 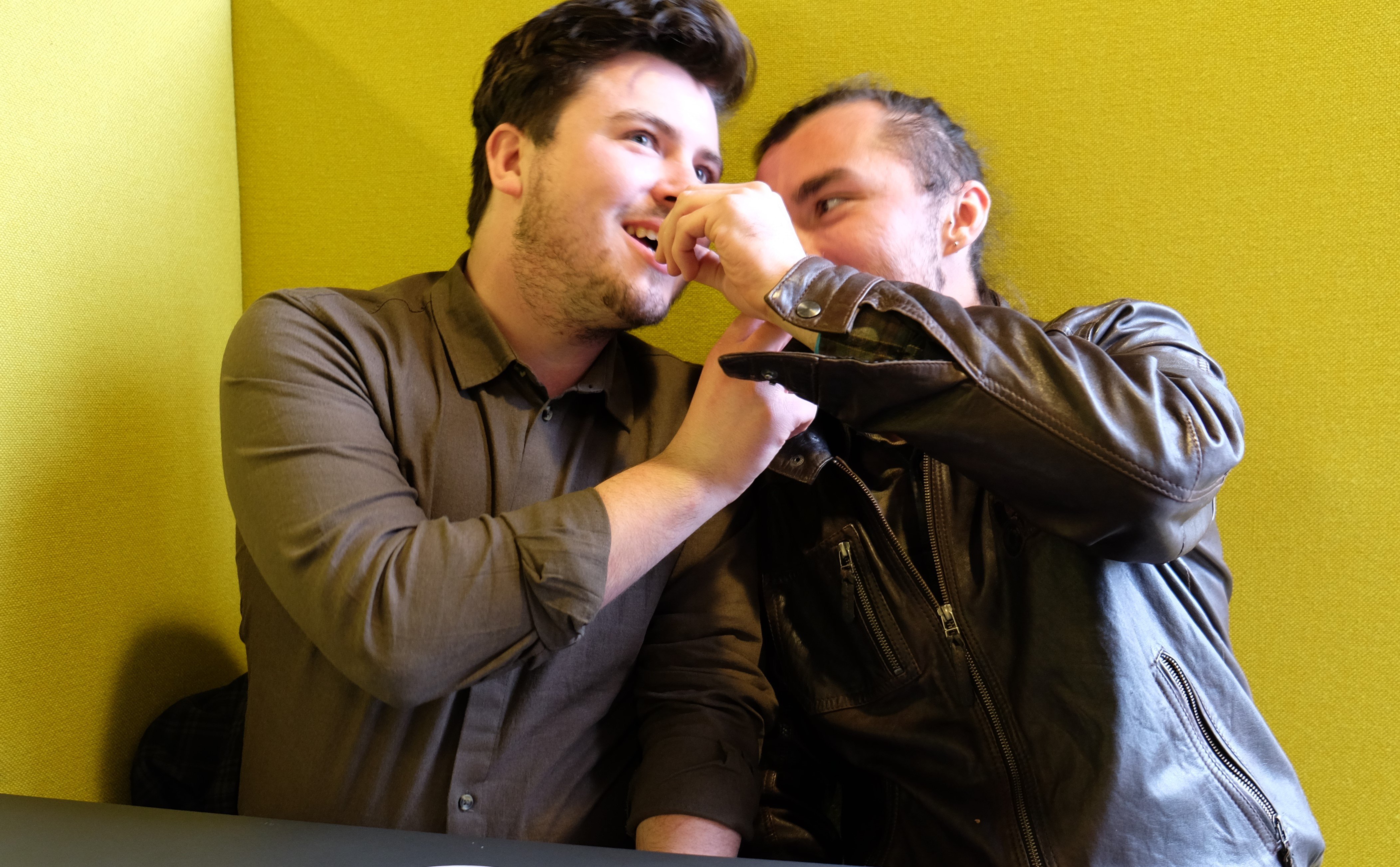 Lewis (left)
»I moved here three years ago. I came here on exchange and I liked Denmark so much, I ended up not going back. I did it [the Spring Festival red.] two years ago. It’s a lot of fun and the shifts are nice. I had a lot of fun two years ago, and it felt like a good thing, because I had just moved from the UK six months beforehand.«

What is your job a the Spring Festival?
»I was stagehand which I’d never done before. It was really fun. There was not much work involved, really. A lot of it was just down time waiting to move some stuff around.« 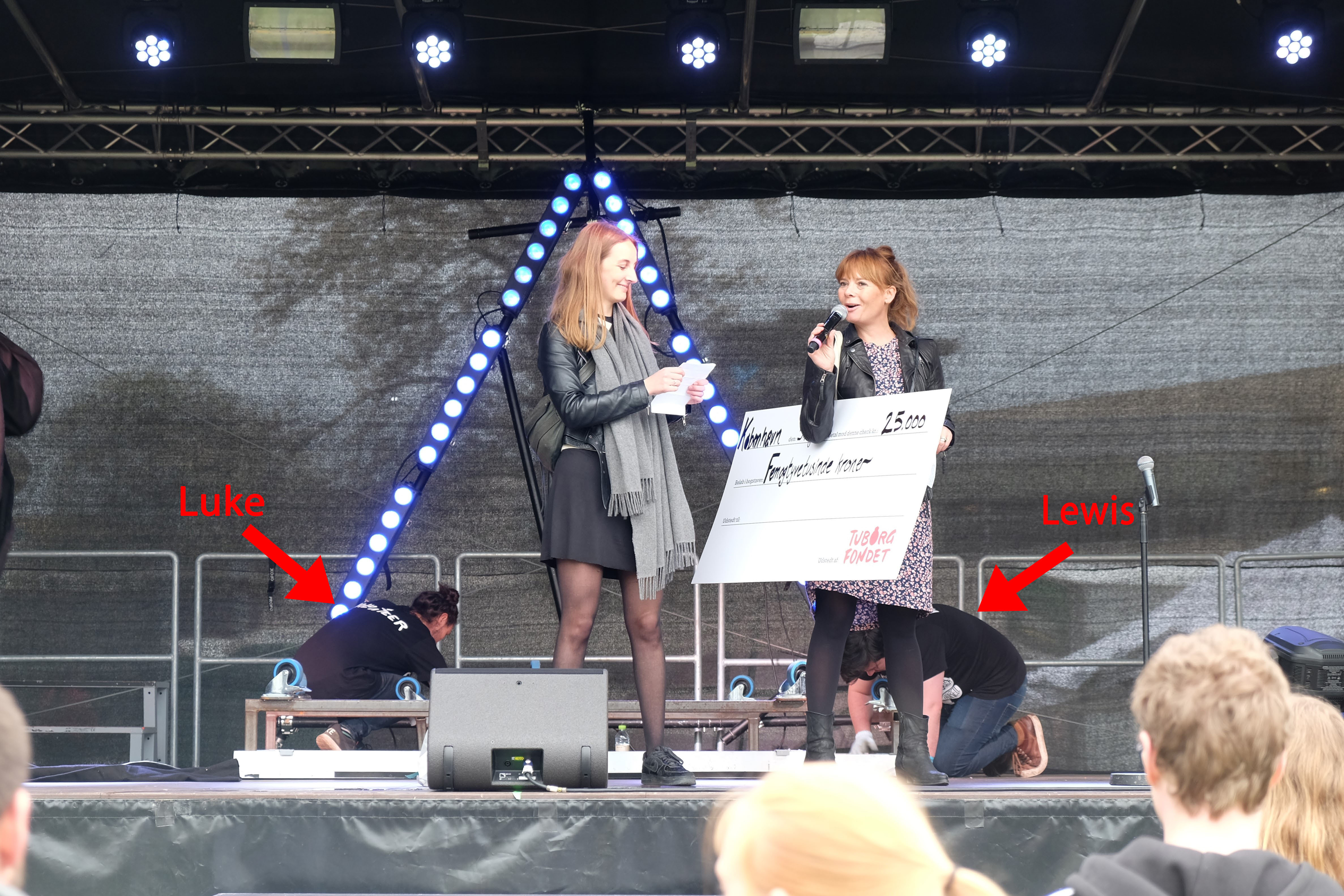 In action - While the prize for Active Students was given out, Luke and Lewis got the stage ready for Chinah's performance
image: Kristian Lindhardt

Nikki (Exchange student from the University of Texas, Austin, USA) 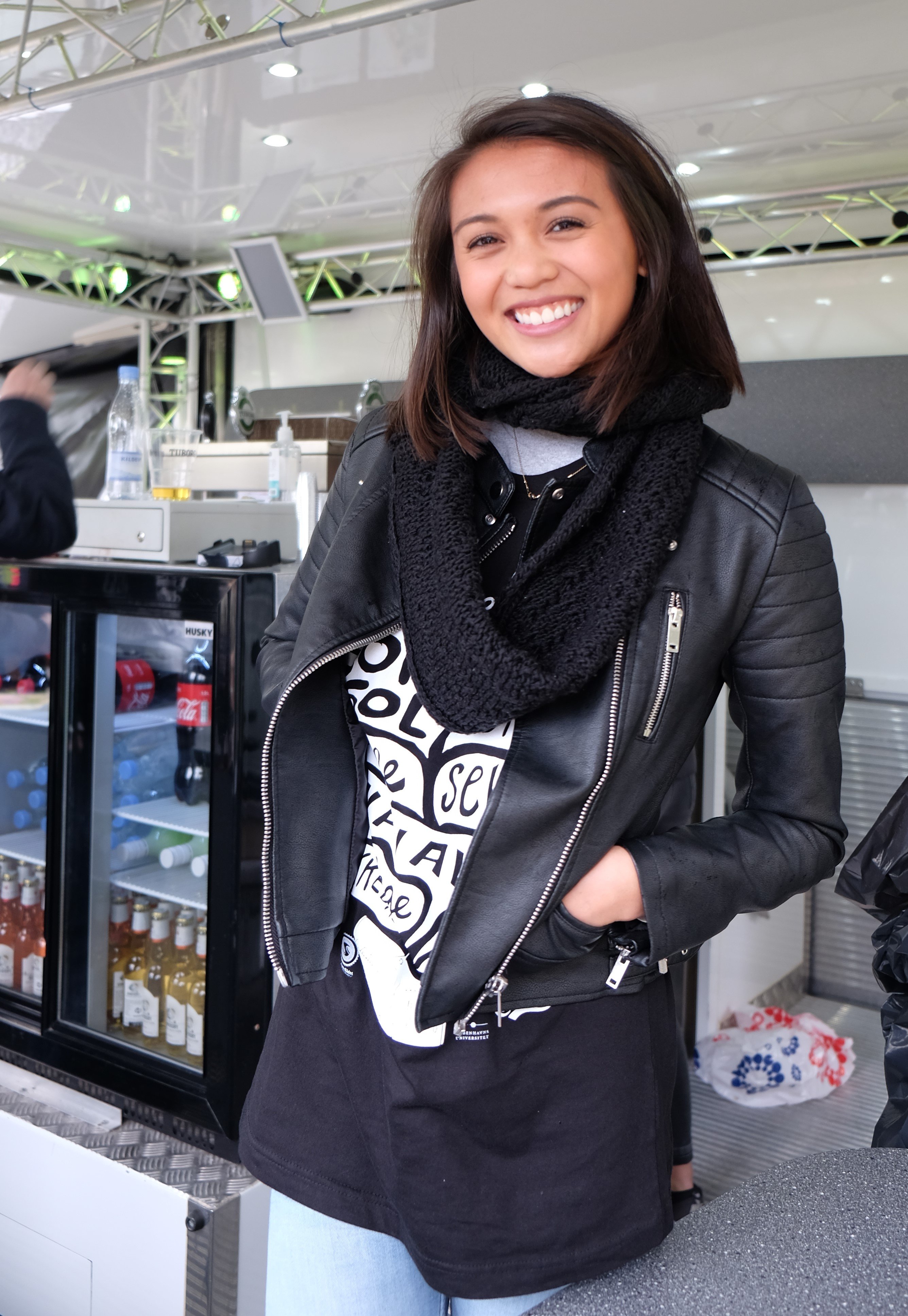 Nikki worked at the bar next to the Frekvens stage where Noréll, Chinah, Blondage and Sekuoia played. She explains why she decided to volunteer:

»I really wanted to get involved in the volunteer culture that is so popular in Copenhagen, while being in a fun, music-filled environment. I wanted to meet more Danes especially, because I’ve noticed that it’s so easy to keep to my group of international friends. So I really wanted to expand my horizons and make the most of my experience here.

I expected to meet new people which definitely happened. I worked alongside two Danish girls which was lovely. I was also pleasantly surprised to be introduced to so many good bands that are atually from Copenhagen. And I had a great view of them all from behind the bar!«

Do they have anything like this at your uni back home?
»My university back home hosts a music festival annually but it definitely isn’t half as popular as the KU fest is. I’d say only twenty per cent of the population are involved. It was quite the sight seeing so many KU students and faculty in one place just having a good time.« 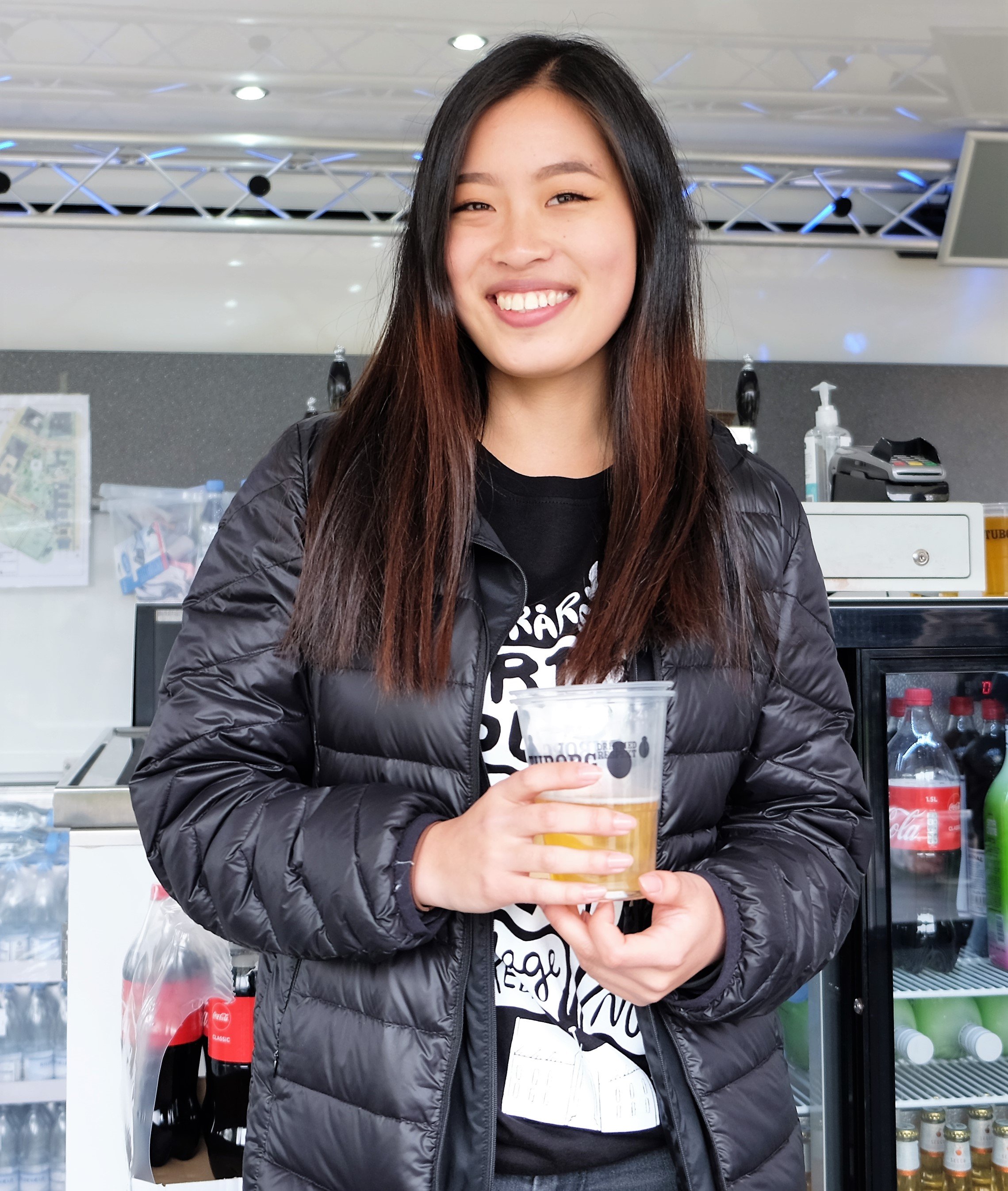 Why are you volunteering today?
»I think it was mainly to make new friends, basically. And also to get more involved with the University of Copenhagen and make the most out of my exchange. And I was free – I mean it’s Friday and I don’t have class, so why not?«

Rui echoes Stine Agerbæks idea that volunteering at the festival is a unique opportunity to mix Danish and international students:

»The girls I’m working with told me there’s a Friday bar at Panum, and I wouldn’t have known that if I wasn’t working with them today,« Rui says. 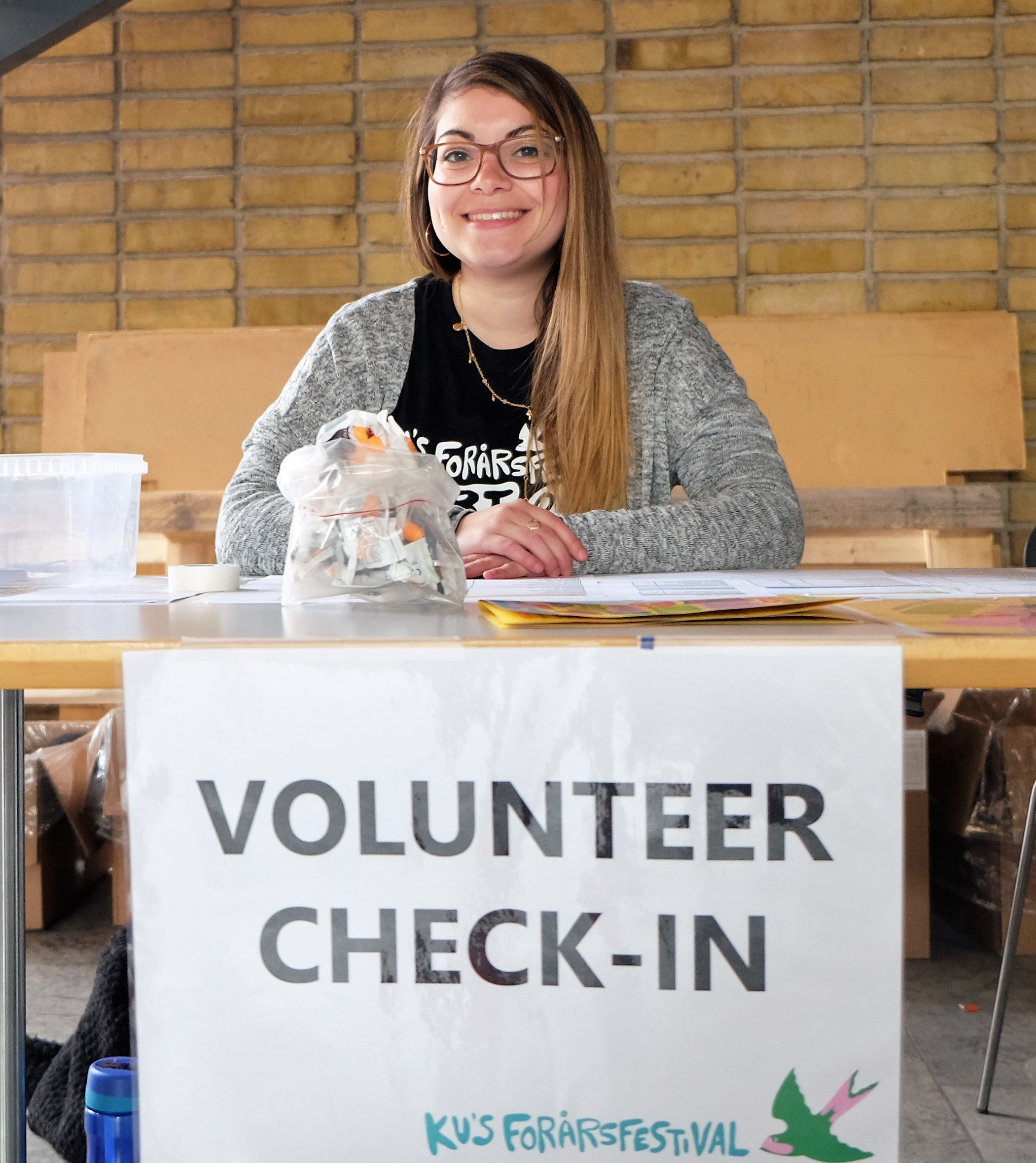 Ilenia is in charge of checking in the volunteers and making sure everything runs smoothly. She volunteered herself two years ago:

»For me when I was a volunteer it was a way to feel part of a community that sometimes I don’t think I fit in. Because a lot of activities are of course held in Danish, which is completely fine, but this is a nice way to contribute instead of just attending.«

Ilenia says that the international students also sign up to further their chances for future employment:

»The volunteers can use the experience to later find a small student job.«

If you could change anything for next years festival, what would it be?
»Maybe some more activities that are targeted to use more of the international students, what they can bring to the festival and the university, for example a language café – something where they can contribute.

I wouldn’t mind having some bands that I actually know. All of my Danish friends and colleagues were super excited about all the bands, and I had no idea who they were. Apparently they’re good (laughs).«