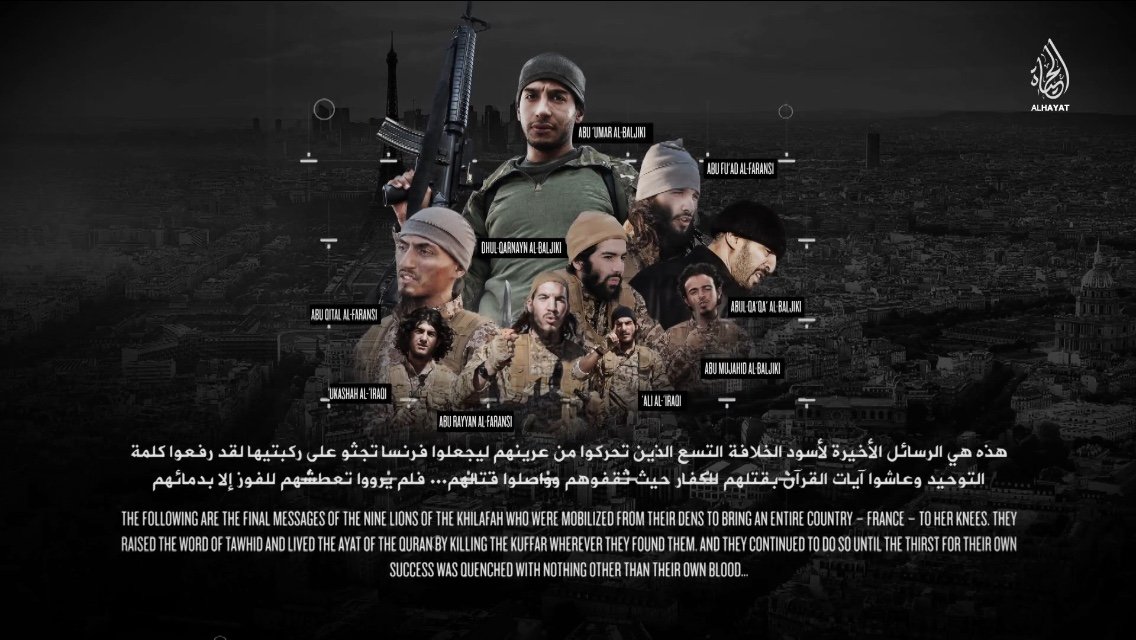 ‘Kill them wherever you find them' is the title of a video which portrays the terrorists behind the Paris attack as heroes. Islamic State propaganda has in recent years been more and more about how supporters can commit jihad as individuals.
image: Al-Hayat Media Center

A barren desert landscape. A man with a shaved head dressed in orange. And a masked executioner with a hunting knife.

Islamic State (IS) execution videos became iconic after the killing of the American photo journalist James Wright Foley. His brutal death circulated throughout the world’s news media and marked the beginning of the international fight against the terrorist group.

It was in the summer of 2014. Since then, at least 2,070 people have been shown executed by IS. PhD student  has seen and analysed approximately 185 of the executions as part of a recently completed research project at the Department of Political Science.

Islamic State is something else

Apps for children, guides to stabbing murders, magazines about the great future of the caliphate. Islamic State has a wide ranging professional media strategy. But it is the well-produced videos that get the most views.

“The execution videos have been important for the Islamic State, because they have been key to the group’s ability to create awareness about their project. They have been very good at staging their violence in a way that it makes its way to the front page of media sites and shocks people at the same time”.

This is according to Simone Molin Friis at the presentation of the research project on images, war and diplomacy, which she has been a part of.

Terrorist groups have made use of propaganda and online communication for decades. Yet IS has done something unique. They have used the new media reality to focus strongly on reaching a global audience. But the actual exercise of violence is not new.

“It is not Islamic State which invented the strategy of using decapitations and other forms of extreme violence to send a political signal”. It is especially the brutality that grabs the attention in IS videos. And the audience quickly jumps to the conclusion that the videos only represent a form of pure evil.

The videos draw people’s attention. But the violence we see in their videos, are never just brutality

But Simone Molin Friis insists that there is more to it than that:

“The videos draw people’s attention. But the violence we see in their videos, are never just brutality. They are very good at ‘framing’ the violence in a way that affects their audience. The videos are targeted at enemies to intimidate them, but also at sympathisers to show ‘that it is us that fight back’”.

Islamic State is particularly good at the latter. They offer something that other jihadist groups rarely do: A real alternative.

It is this positive narrative, which is at the centre of a large part of the Islamic State propaganda. The narrative of the good life in the caliphate and the possibility of being included in a larger community that is in sharp contrast to the prevailing societal order. But this narrative has changed in recent years.

“The Islamic State has been able to offer people something at both an individual and a collective level. They previously promoted, in particular, a narrative about a society, a caliphate, that you could be a part of. This narrative is not as strong anymore because IS has lost so much territory. But they are still good at talking to individuals and telling them how they can act on behalf of the Islamic State.”

In August 2014, it was difficult to move past a TV without being exposed to Islamic State propaganda. But even though IS’s videos are no longer an integral part of our news feed, the terrorist group lives on. Also in the virtual world.

“In recent years, we have in particular seen videos and magazines, which call for individual jihad. They use a lot of effort to glorify the people who acted on their behalf, as heroes. And also to tell people how easy it is to get hero status in the Islamic State universe.”

There’s definitely been a change, but you should take care not to say that the Islamic State is no longer relevant

IS still sends out an average of 190 visual products a month. They need to attract new sympathizers, provoke enemies and maintain public interest. But it has become more difficult for them to reach a wider audience. Their videos will be largely censored by the large platforms such as YouTube and Facebook today, and that’s why they have moved into more closed forums such as the encrypted messenger app Telegram.

But at the same time, many Western media insist on telling a story about how Islamic State has practically disappeared from Syria and Iraq. But you have to be careful in believing this, according to Simone Molin Friis.

There’s definitely been a change, but you should take care not to say that the Islamic State is no longer relevant Their videos might not reach the front page of the New York Times, as they did in 2014 and 2015, but they still reach people through various online platforms such as Telegram.” 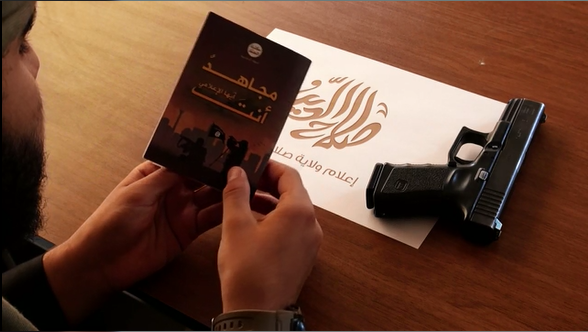 Simone Molin Friis’ PhD project is part of a larger research project, which for five years has been working with images, war, security and diplomacy. Now it’s over. At least this project is.

Financed by the Independent Research Fund Denmark with DKK 7.475 million.

Started in 2013. The results were presented the the general public on 23rd August 2018

You can read more about the project on images.ku.dk

For Professor Lene Hansen, who headed the research project, the Jyllands-Posten Muhammad cartoons controversy was important. It showed that images could become a foreign- and security policy battlefield.

Images can do something that words cannot do. “It’s all about emotions. And this is not something we traditionally relate to politics,” says Lene Hansen, as she introduces the project.

“The new information technologies challenge the frameworks of international politics. Images and videos flow across national borders and meet their audiences in a different way than words do.”

In a similar way, Islamic State videos gained them a transnational audience, which are either repelled or attracted to their political propaganda.

And for researchers, it is also why we need to take images seriously if we are to understand politics and security today.