»It is not that glamorous«: Victor keeps sex workers safe in the red-light district 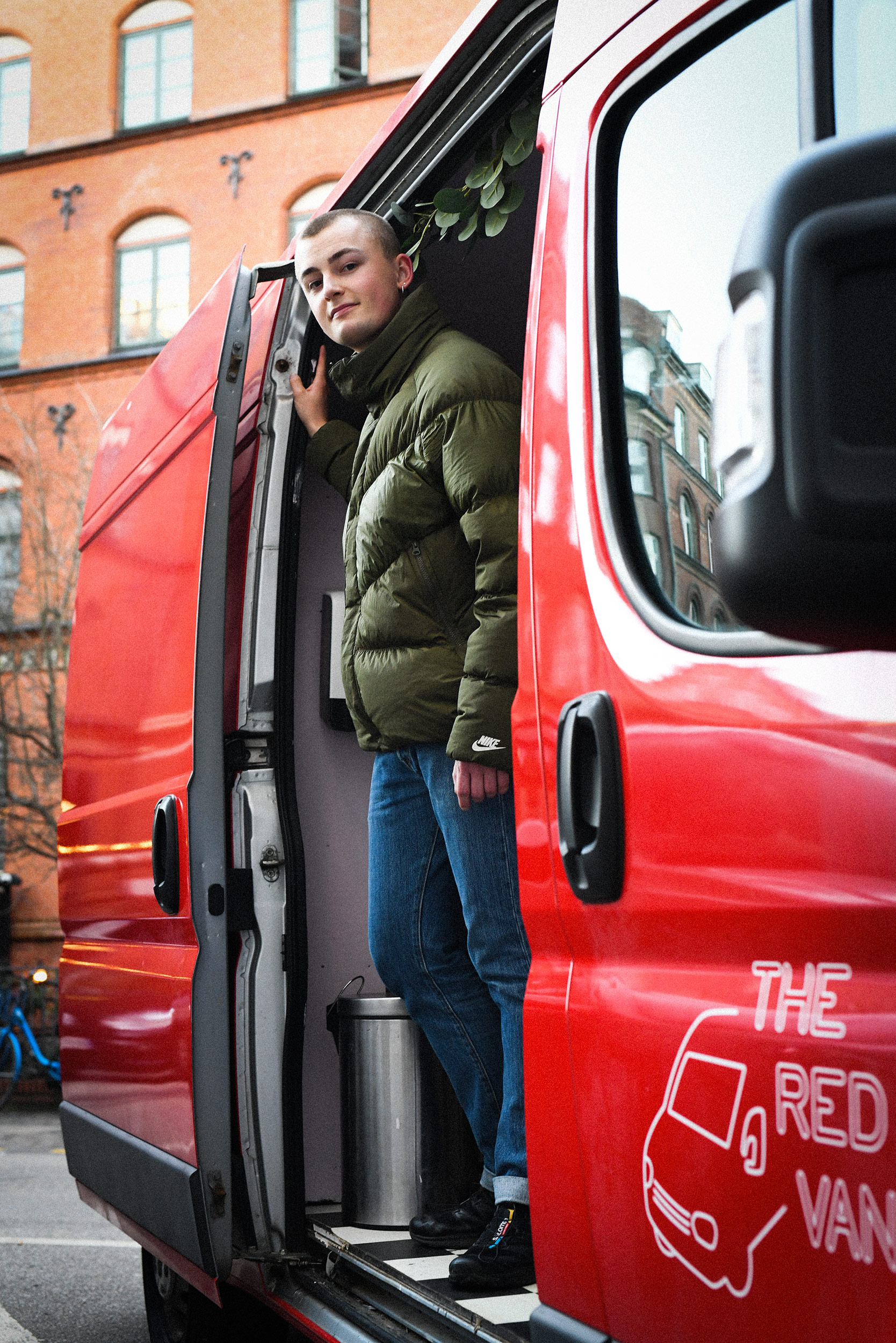 Volunteer work — Student of literature Victor Skov Jeppesen is on duty at a red van where sex workers service their customers. It's tough, in the biting cold, when you have to pick up condoms from the street, and when angry men shout at him – but he knows that he's making a difference.

I work as a volunteer in The Red Van. It is an organisation that goes out with a red van on the red-light Istedgade street, and offers street-based sex workers free of charge the option of using the bed we have in the van. This is instead of going somewhere the customer wants. It is not an ideal solution, but it is the only one for the sex workers right now. They know the place, and it is safer than the alternatives. It is called damage reduction.

I usually have one or two shifts a month, and they stretch from around midnight until four in the morning. I stand guard over the van, clean it after it has been used, and I also offer coffee, tea, and condoms – sometimes soft drinks.

It’s a tough and difficult job. It’s often cold and rainy, and then you’ll be standing there picking up a condom from the street. This is not that glamorous.

If we are at least four on duty, we go stroll up Istedgade, try and sense what the atmosphere is on the street, and ask whether there is anyone that needs anything.

There are a lot of drunk, conflict-seeking people out there on the street, and when there’s a big man yelling at you and threatening you, you feel very small. We have no bodyguards looking after us, or any place that we can retreat to. It may feel unsafe.

But I learn how to act in stressful situations, when I have to get into character and de-escalate conflicts, and when to withdraw. The job is in contrast to my comparative literature study, which is very theoretical. At the same time, I’m helping to run a organisation, and I think that’s an experience I can take with me, even after my studies.

Most of all, however, I stick on to my job because it is meaningful. I know that these situations arise no matter what on Istedgade street. If we were not present, the only result would be that the sex workers felt less safe. I can see that we are making a real difference.