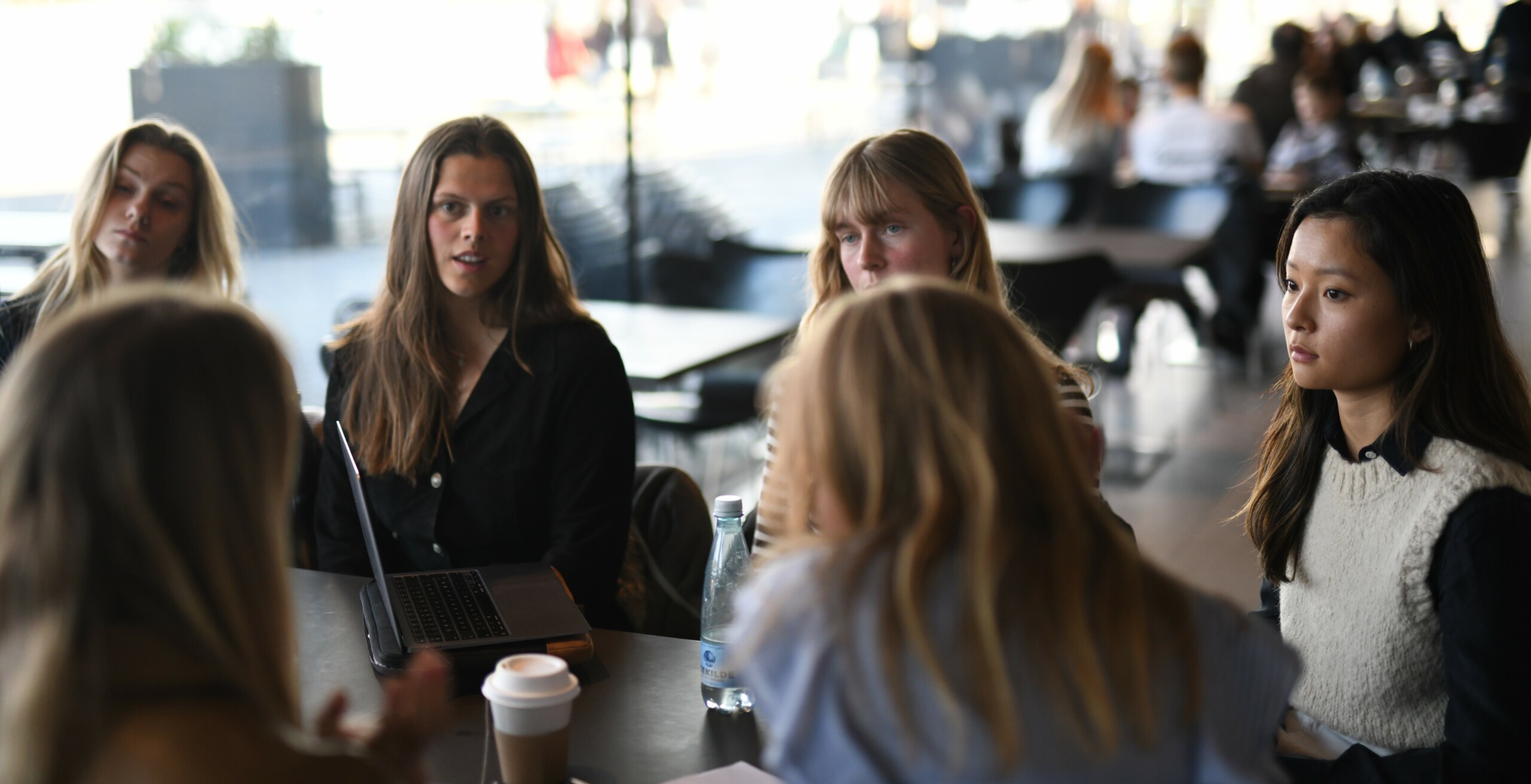 Clubs and associations — Despite their young age, the members of the student club Women in Business have already experienced gender-based inequality in the world of business. This is the motivation for the members of this student club, where they support each other and talk about the things that are difficult.

The sun is going down over the Black Diamond library building on the Copenhagen harbour front.

All of the tables are taken in the library’s foyer. Some people are bent over their books, others talk over a cup of coffee.

Seven young women are sitting around one of the tables. Their faces are lit up – both by the computer screens in front of them and by their eager conversation.

Can you handle that?

Who: For everyone who wants to promote gender equality in the labour market. The club makes announcements on Facebook when they are looking for new members, but you are also always welcome to send an unsolicited application.

Where: As a rule, the members of the club meet alternately at each others’ homes.

When: The dates and times vary.

»I experienced this, as late as a month ago, at a job interview. I showed up well-prepared and were able to answer all their questions. I was then told that I seemed to be a real perfectionist, and they asked me if I could handle things that were not always going according to plan. It was obviously derogatory. This was not a compliment,« says one of the women.

Her name is Cecilie Hærvig and she is studying fourth semester political science. She is one of Women in Business’ total nine members who met at the Royal Library at the Black Diamond on 11 April.

»A man would never be told this if he was well-prepared and skilled,« adds another member. The women agree that it is relevant to have a skills course on job interviews and student jobs.

The meeting does not end here. The day’s agenda is a long one, and both the newsletter and SoMe have to be discussed. The summer’s major event about a new feminist wave in the financial world has to be organised. Feminist stars like Emma Holten, women’s organisation Kvinfo and Female Invest are name dropped. 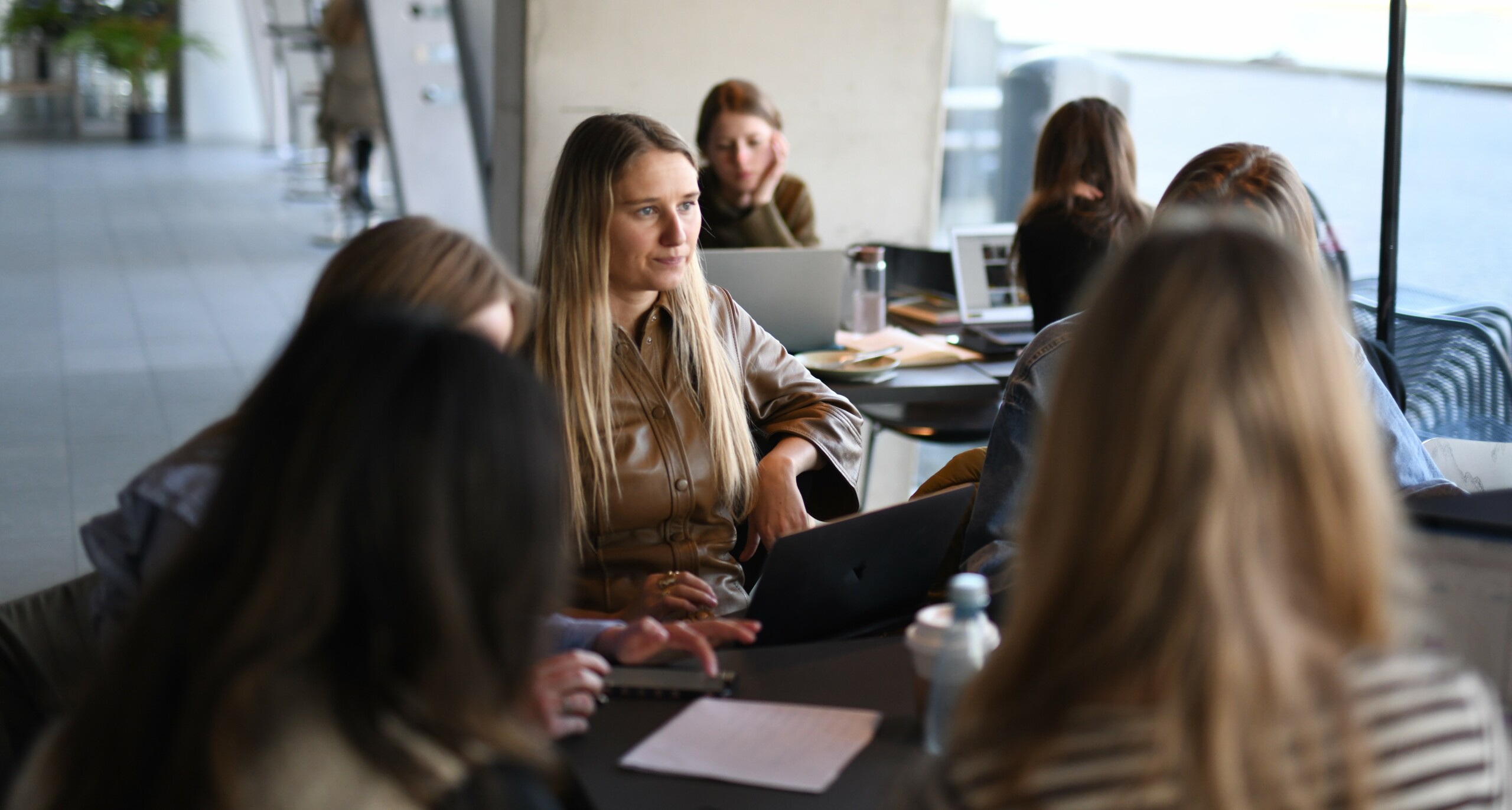 There is a lot that needs to be discussed at today's meeting.
image: Anne Ubbesen

A bridge between student life and business

The club was set up by students from the Faculty of Social Sciences back in 2018, and a lot has happened since then. Sofie Strandby Smidt, who is doing sixth semester political science, took over as chairwoman in the winter of 2021. With a few older members, she has recruited the women who are now in the club. It is still based on the original idea.

»Equality is, in principle, our objective, and it is mainly female students who are our target group. We want to build a bridge between female students and the business community,« says Sofie Strandby Smidt. Danish student Laura Kjølstad Larsen adds that the club has three pillars: information, skills development and inspiration.

»Our ambition is to have three events per semester. We want to do large, inspiring events, smaller events with a focus on development and networking, and to create awareness via our social media.«

The club members have one joint meeting like the one at the Black Diamond every three weeks, but there is a lot that needs to be done, so the women meet regularly in the different subcommittees.

»When you are passionate about something, you want to spend a lot of time in it,« says Sofie Strandby Smidt.

From frustration to motivation

All members are busy with their study programmes and their jobs, but they still spend many hours a week on the club. They are all young, but they have already experienced gender equality problems in the labour market in various forms.

Julie Bak Olesen, who is now doing her master’s degree, used to work in recruitment in a previous job. She experienced favouritism towards men. 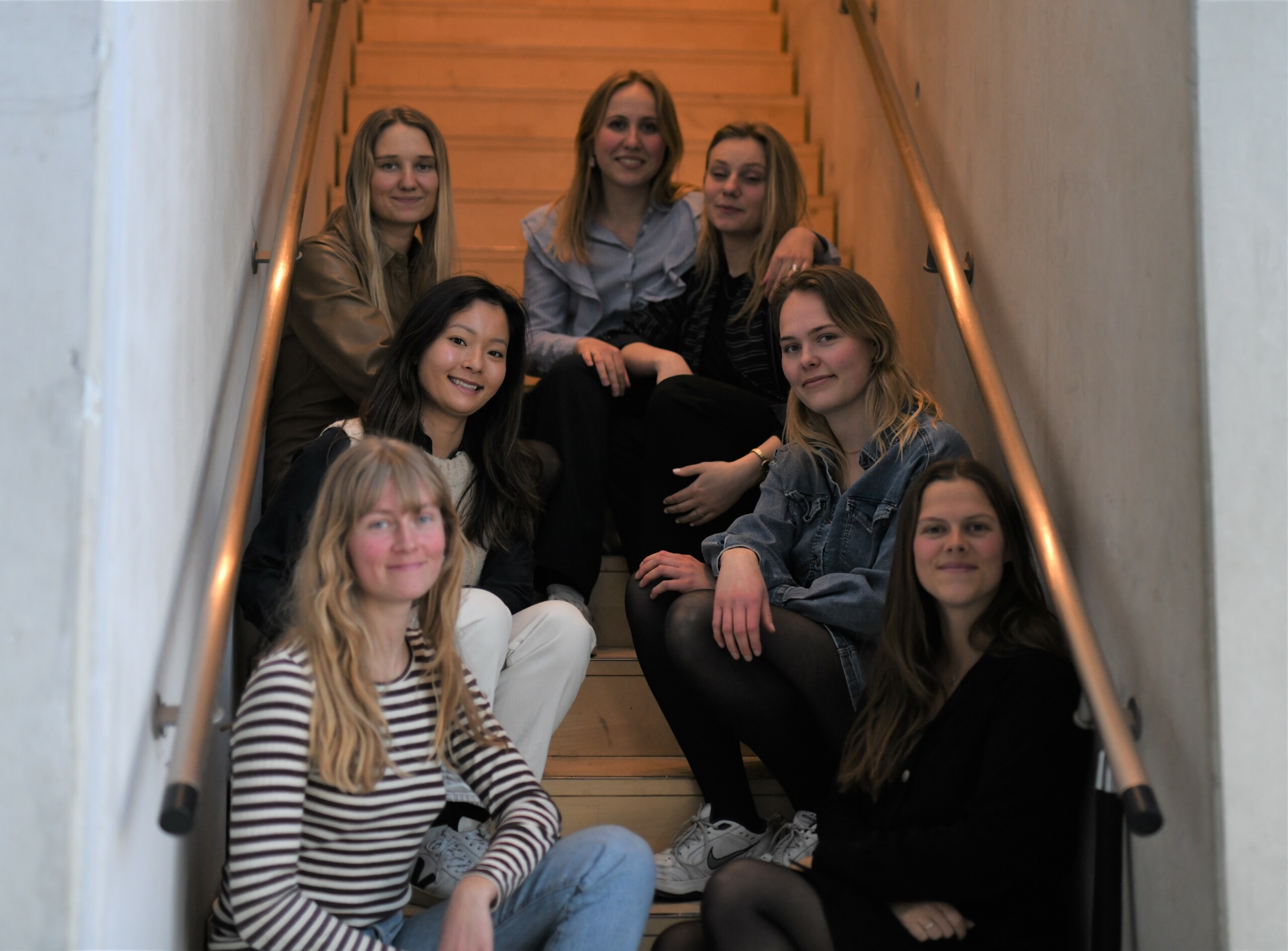 All of the club members except two.
image: Anne Ubbesen

»It was part of my motivation when I applied to become a member here. I have been involved in studies that have clearly shown that men have advantages in the labour market.«

»Yes, and it’s really frustrating at the age of 24 to have to decide whether you want to have children while you are still on a master’s degree programme,« says Cecilie Hærvig, rolling her eyes. »I am already thinking about which student jobs I need to have during my studies, so that I’m seen as a good candidate when I graduate — even though I may not have had children yet.«

Outside the Black Diamond, the sun has gradually gone down completely. The meeting has lasted a long time, and there is now only one item left on the hand-written agenda: the next meeting.

»We can do it at back at my place,« someone says. »Yes, and let us eat together afterwards,« another adds.

Eating after the meetings is a tradition, because the social aspect is almost as important as the serious aspect, according to Sofie Strandby Smidt. She is clearly of the opinion that when you get on well, your professional work is better too.

I met a lot of resistance, but it was okay, because I knew there were lots of women backing me up.

»It’s a safe and quiet community of ambitious women who want to get the most out of their lives, but who also face uncertainty and misgivings,« says Kalinka Arlien-Søborg Dutschke, who is a student of anthropology. »It’s nice to know that you’re not alone and to be in a place where you trust each other and can talk about things.«

The participants nod and mumble their approval. Sofie Strandby Smidt says that Women in Business has motivated her and given her a language to take part in the gender debate. Most recently in a letter to the local newspaper in her home town on the island of Funen.

»I met a lot of resistance, but it was okay, because I knew there were lots of women backing me up.«

At the end of the meeting, Cecilie Hærvig speaks up. It was she who was at a job interview a month ago.

»I have friendships where it can still be difficult to talk about it as a problem. This is my motivation. I want to help start this conversation so more women know that they are not alone. I want my friends to realise that there is not something wrong with when they are labelled as a perfectionist at a job interview just because they are well prepared.«