Jino is a political science student. But not a Danish citizen any time soon 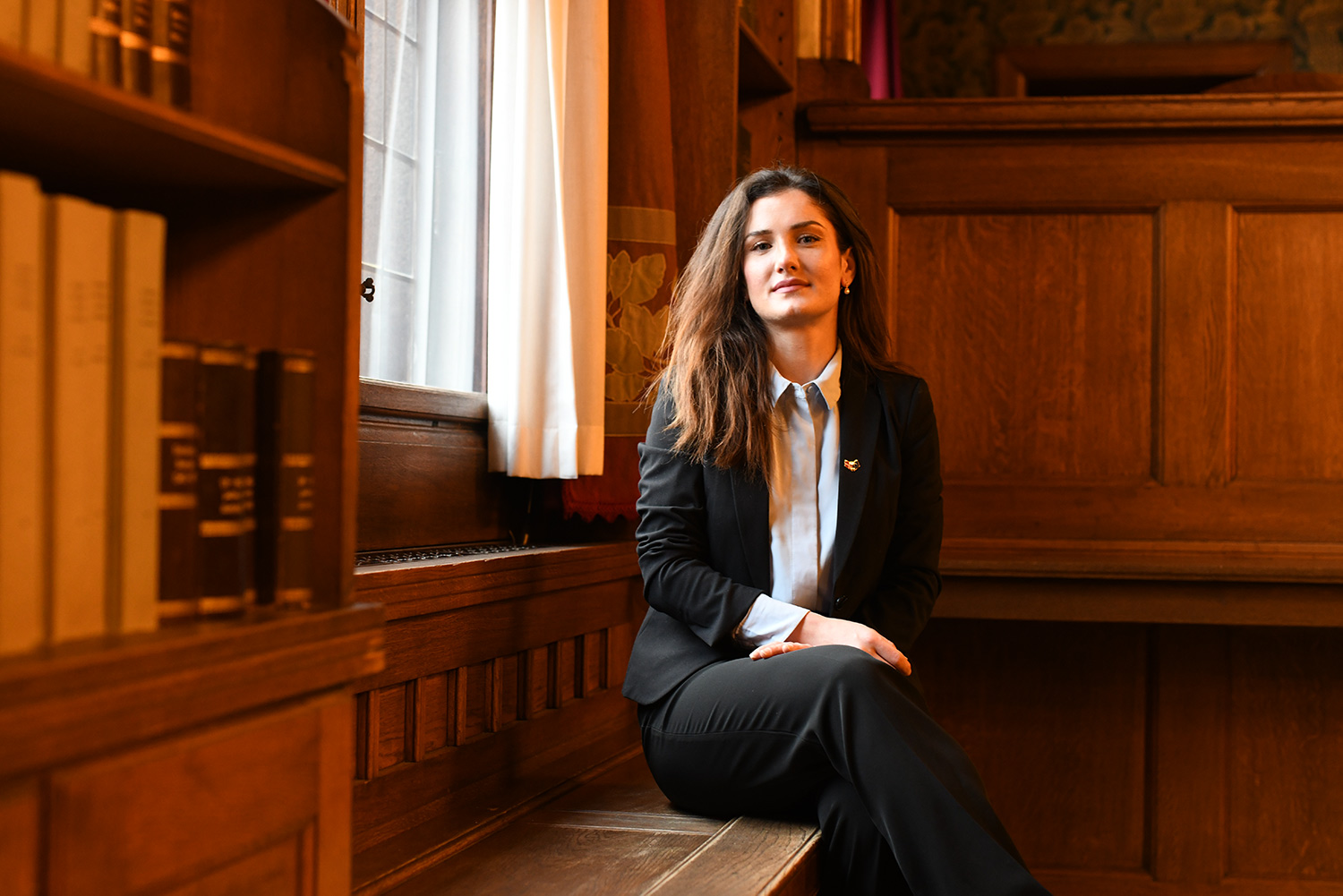 Jino Victoria Doabi is interested in politics, but it will be a long time before she can vote in Danish general elections.
image: Rasmus Molin Friis/Uniavisen

Danish legislation on foreign nationals contravenes human rights, writes the Danish Institute for Human Rights in a new report. It should be easier to apply for citizenship if you have grown up in Denmark. Jino Victoria Doabi is postponing her whole process by taking a degree programme.

Even though Jino Victoria Doabi grew up in Denmark and is a student of the Faculty of Social Sciences at the University of Copenhagen, she is not qualified to apply for citizenship according to Danish legislation.

Politics is Jino Victoria Doabis’ main interest, and she says that it makes her feel like a ‘second-class citizen’ that she cannot vote in general elections.

Only when Jino Victoria Doabi has worked for 30 hours a week for 3.5 years can she apply for a permanent residence permit, and then Danish citizenship.

A higher education programme does not count as ‘work’.

But here Danish immigration legislation is in conflict with human rights. The Danish Institute for Human Rights writes this in a report published in February. According to the report, Denmark is obligated to make it easier for people who were born or raised in Denmark to get citizenship.

»The difficult path to Danish citizenship conflicts with the obligations to human rights principles. They stipulate that there should be easier access to citizenship for people who were born and/or raised in a country,« the Institute for Human Rights writes.

For Jino Victoria Doabi, these are very long-term prospects.

»In three years time, I am a master’s in political science. Then I’m going to have a full-time job for 3.5 years, and only then can I apply for a permanent residence permit. It takes 1.5 years for a reply. Then I’ll have to wait a year before I can apply for Danish citizenship. When I have applied for citizenship, I have to wait two or three years before I get a response. I can, in other words, only become a Danish citizen in 10-12 years time,« she says.

Stranger in your own country? Admission to citizenship for children and young people who have been born and/or raised in Denmark is the title of the report from the Institute for Human Rights.

The report summarises the results of a study of whether Danish legislation on citizenship is consistent with Denmark’s international obligations, as well as a number of recommendations for changes to legislation.

Maria Ventegodt, a lawyer and a PhD In human rights and equal treatment is responsible for the report.

The report and its recommendations can be found here.

When Jino Victoria Doabi was five years old, she fled with her family from the Kurdish region in Iran. When they arrived in Denmark in 2003, Jino and her younger brother quickly started primary school, where they learned Danish and made Danish friends.

Today, Jino’s daily life is at the University of Copenhagen’s CSS campus — apart from the fact that she, like her fellow students, has been sent home due to the coronavirus shutdown. She says that if she had been given an unskilled job instead of starting a longer-duration higher education programme, her situation would be better:

»I could also have chosen to become a cleaning lady. I love cleaning,« she says, sarcastically, with reference to the illogical legislation.

Jino Victoria Doabi, who wants a career as a politician for the Social Liberal Party, has repeatedly been in dialogue with politicians in parliament, but the rules are here to stay.

»When I mention this to politicians, both on the right and left, they see that this is irrational,« she says.

The requirement for 3.5 years of full-time work – the so-called employment requirement – is defended by the Minister for Foreign Affairs and Integration Matias Tesfaye of the Social Democrat Party however: 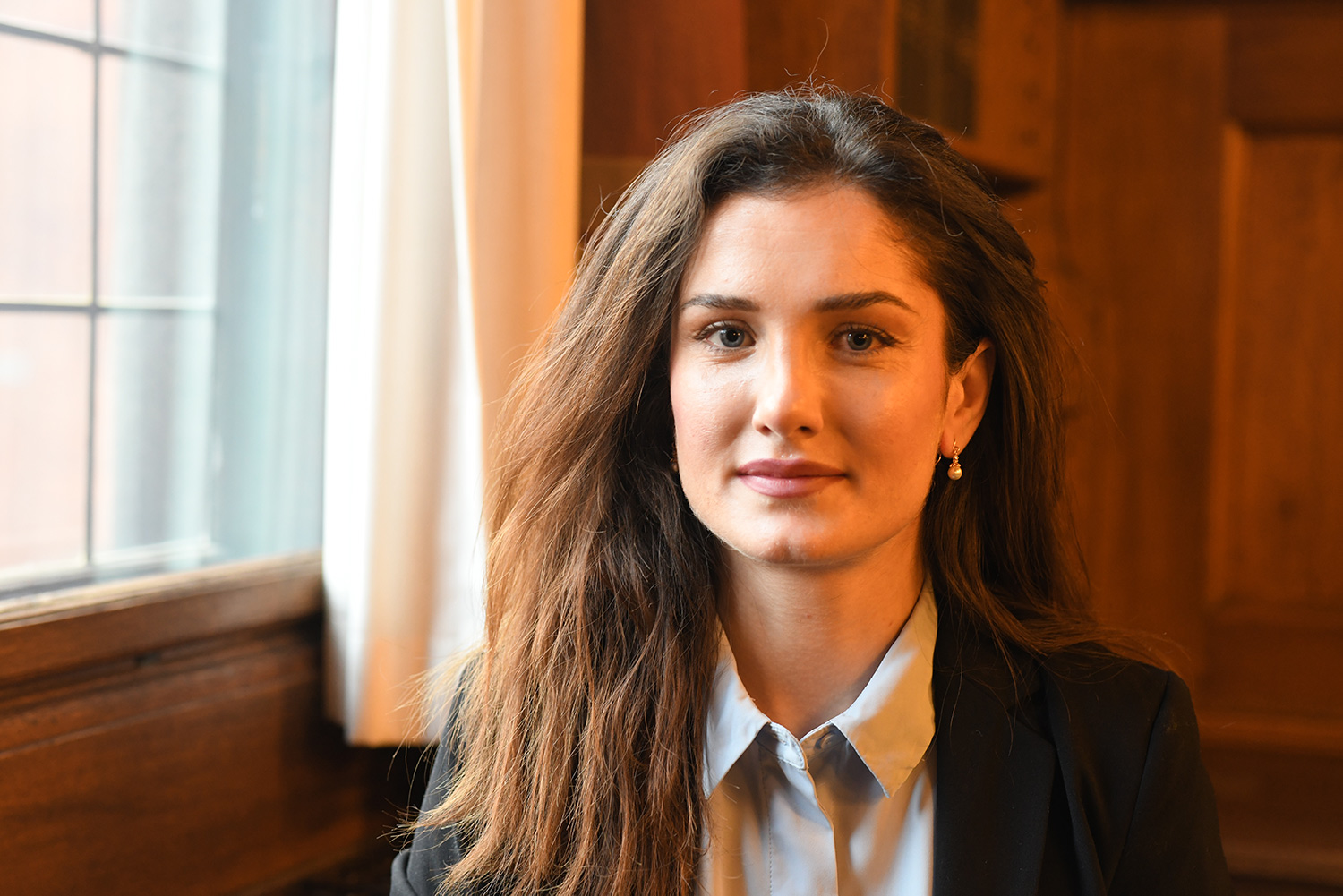 Jino Victoria Doabi says she does not understand why education does not count as a societal contribution.

We who contribute to society by educating ourselves are not considered to be a contribution, but an expense.

We who contribute to society by educating ourselves are not considered to be a contribution, but an expense. Education was otherwise something that we were encouraged to get when we came to Denmark,« says Jino Victoria Doabi.

Her party, the Social Liberal Party, tabled draft legislation last autumn that would »include full-time studies in its calculations of employment requirements for permanent residence.« This would have allowed Jino Victoria Doabi to apply for a permanent residence permit, and then Danish citizenship, while studying.

The draft was sent to the Danish parliament for a second reading in February.

The employment requirement is not the only thing that applicants have to live up to if they want a permanent residence permit and Danish citizenship. The many rules are difficult for applicants to navigate through.

»The informants find it difficult to assess what the requirements for citizenship include, and how they can live up to them,« the Danish Institute for Human Rights writes.

It is a requirement, for example, that you may not have any public or private debts of more than DKK 3,000. This applies to due taxes also. »Even though they do everything they can to enter the numbers in correctly, they fear getting a tax penalty that they cannot pay, which then leads to their application for citizenship being rejected,« the report states.

It has been a very difficult report to write because the rules are so complicated.

Maria Ventegodt, lawyer at the Danish Institute for Human Rights

Sometimes, it is the wide-ranging documentation requirements and the lack of flexibility that is a stumbling point for applicants. The report describes how a young man was rejected in his application because he forgot to enclose his ninth grade diploma:

»He had his application for permanent residence rejected as an 18-year-old because he had forgotten to enclose his ninth grade diploma. When he then sent in the missing document, he could no longer get a permanent residency via a special scheme for 18-19-year-olds and had to therefore live up to ordinary requirements.«

Maria Ventegodt, who is responsible for the report and a lawyer with a PhD In human rights and equal treatment, says that »it has been a very difficult report to write because the rules are so complicated.«

Getting citizenship is also government confirmation that you are part of the Danish community.

»When a person is given citizenship, it can be seen as confirmation from society and the state that he or she is part of the national community,« the report states with reference to research into the meaning of citizenship among immigrants.

According to the Danish Institute for Human Rights, the many rules are »alienating and exclusionary« for immigrants.

»When you cannot vote in a general election, it is as if you are only a second-class citizen.«

Denmark is exceptional among the other Nordic countries

Danish citizenship legislation was tightened in 2004 for non-Nordic applicants. The discrimination is criticised by the Danish Institute for Human Rights, which compares this to conditions in other Nordic countries.

»In none of the countries [Norway, Sweden, Finland and Iceland, ed.] are young foreigners who were born and/or raised in this country discriminated against on the basis of whether they have a Nordic citizenship or not,« the Danish Institute for Human Rights writes.

»The purpose of our study is […] to shed light on the consequences of legislation and of a legislative process, which the Danish Institute for Human Rights has repeatedly pointed out does not live up to the requirements of the European Convention on Nationality, and which young people who grew up in Denmark have criticised as exclusionary and alienating,« it writes.

»This is not solved by the study programme being included in a requirement for employment. It is still tough, and it is difficult to obtain a permanent residence permit,« says Jino Victoria Doabi.