by: Anders Lund
Retired IT staff member, UCPH IT 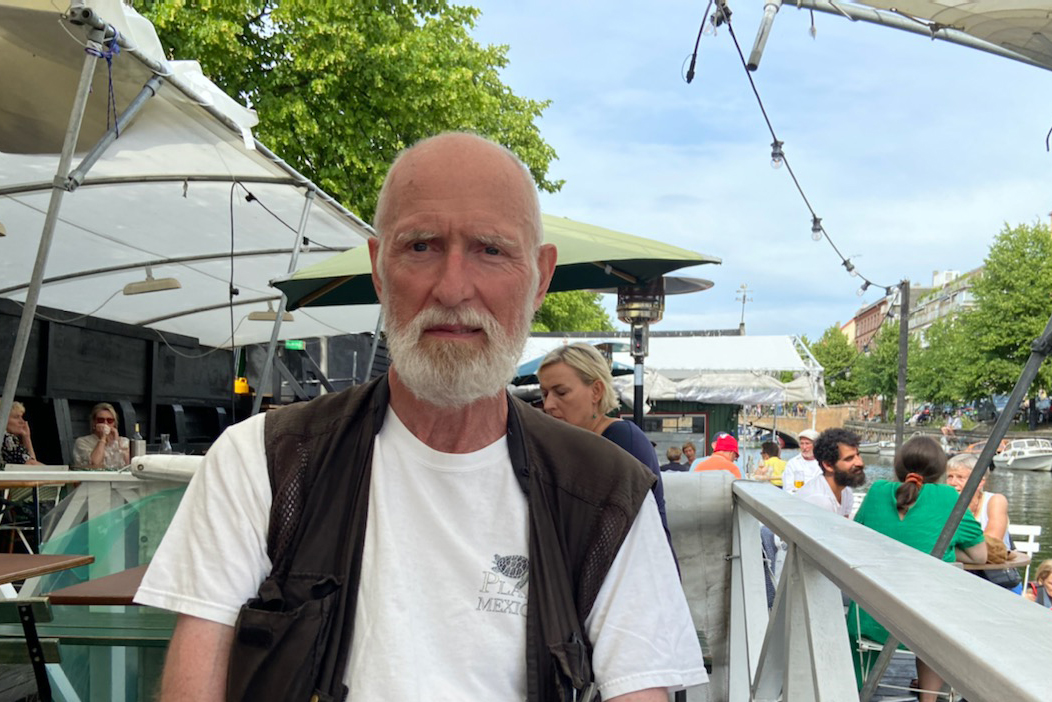 The IT support at the University of Copenhagen (UCPH) is inefficient and deeply frustrating for far too many users. We need to rethink the entire IT department so that we can better help our staff colleagues in the different faculties.

As IT support staff, you have had a good day when you have been able to help lots of happy users with their many big and small IT problems, so that they once again can take care of their work. Unfortunately, there have been far too few of these days in my long working career at the University of Copenhagen. Now I’m retiring. And I could have just said that this is not my problem anymore. But I don’t want keep my criticism bottled up inside when I can see that the IT support is running so poorly. All university staff are suffering from worktime wasted.

In this comment, I want to present the scope of the problem, and offer my best suggestions for improvements. Unlike what many people think, it is not the lack of resources that is making IT so frustrating for UCPH users. It is, in short, due to the acronyms ITIL and SLA, due to the many mediocre middle managers, and due to the mistaken perception of who it is that the IT function is actually there for. Fortunately, a lot can be done about this – if university management wants to.

You are number ‘end of the queue’

Let me start with the last part first: Who is it that the university’s IT support staff are actually employed to help? The answer should be straightforward: We are there for the users and not for the ‘system’. This is rarely seen, unfortunately, when our university colleagues in the different faculties call in for help.

The IT support staff who take the phone as first-level support often get frustrated, frankly desperate, users through their headsets, who need technical assistance now.

It could be teachers like Associate Professor in Law Jakob v. H. Holtermann, who is in an auditorium with 200 students and some IT equipment that does not work. Or a researcher who has to submit an application for many millions of kroner and whose computer is suddenly locked. It is not fun to have to say to people that ‘I am now setting up a ticket, and an IT support staff member will look into it’ when nobody knows when this will happen.

I ought to be able to call an IT support officer on campus and say: ‘hurry over to the user and solve the problem’. Instead, I am forced to create a ticket that has to be seen by a dispatcher and placed in the support centre’s ticket queue. This slow-moving work process has to be followed, because I am not considered competent enough to assess whether it is urgent or not.

I remember a case recently where a newly appointed secretary was unable to carry out her work because she did not have the necessary user access rights in our systems. It took about 14 days to solve the problem, even though I broke the rules and went directly to my immediate manager to see if I could get the case moving.

I remember another episode where a user had his laptop switched to a UCPH PC format and followed the manual he received, but couldn’t get his screens to work. The problem could not be solved over the phone. After one-and-a-half days, an IT support staff member came out and found out that the screens were incorrectly connected, even though the manual had been followed correctly. There had been errors in the manual. Far too much of this kind of stuff happens. If the IT support staffer had been on the spot quicker, this error would have been found and resolved immediately.

And then there are the users who we do not assist at all, in spite of the waiting time. Researchers and laboratory technicians are left in the lurch in particular. I myself know the Health and Science faculties the best. They have all kinds of measuring equipment hooked up to computers with particular programmes that just have to work. Here I could be useful, both by fixing problems on site, and as a contact point for visiting technicians from the companies that have supplied the equipment. But no, I am not allowed to do that nowadays. UCPH IT will only offer help with standard PCs and standard programmes like Word and Excel. A modest assistance is offered to personal machines, or for student machines, but only 15 minutes are allocated for when these problems arise.

The university is something special

Standard solutions for standard people that do not exist — and no solutions to the many others. This is the result of the strange acronyms ITIL and SLA. ITIL (Information Technology Infrastructure Library) is a complete and detailed model for how all processes in an IT department are to exactly proceed. This means a ticketing system where everything is noted down. Also in cases where we spend more time describing an issue than it takes to solve it. It often happens, for example, that a user has overlooked that a password has expired and needs to be changed. An IT support staff member would take half a minute to figure this out by looking at a relevant programme, half a minute to instruct the user, and three minutes to enter this ticket into our service portal.

I never understood why the thing that makes the university so distinctive, its research, is so poorly supported.

Another problem with ITIL is that when something new and particular happens in the real world, it is not part of the model, which therefore does not provide any solution. For the tasks that we can actually predict, we have set up an SLA (Service Level Agreement) which describes in detail what tasks IT support will carry out in the future for a specific department or other unit. Also which tasks it does not carry out, even if there are skilled people available when a problem arises.

I realize that ITIL and SLA probably work excellently in companies where the activities are more uniform and predictable. But a university is neither a candy factory, nor a bank, and new and bespoke solutions are constantly required for particular needs. How can SLA’s and standardised solutions take this into account? I never understood why the thing that makes the university so distinctive, its research, is so poorly supported.

Closer is the way forward

But how should we organise things instead at UCPH? In my experience, virtually all problematic cases can be solved quickly if the support is close to the users. And I have therefore come up with the following suggestions for improvement based on the current reality:

1. As IT support has been centralised even further in recent years, and several support centres have been discontinued, there is now only one on each campus, so we are even further away from the users that we need to help. For this reason, I think that the so-called second level supporters should be hired locally. The departments determine their own level, like whether there should be support for Word and Excel or special equipment with special programmes. The local support staff should not, of course, be used in the first instance, but contacted if the problem cannot be solved over the phone with UCPH IT. There is a huge amount of ‘shadow IT’ out in the different departments, where users try to help each other, as it is too difficult to contact UCPH IT, or the assistance will take too long, or maybe not at all. If the university’s total spending on less qualified people’s time doing ‘shadow IT’ was tallied, I think management would promptly react.

2. Let the locally hired staff be included in autonomous groups. This could be at campus level, where you could, for example, agree on how local IT support staff can share expertise and cover for each other during holidays. Their work should, of course, be carried out in close collaboration with UCPH IT, so no-one gets in each others’ way. The locally hired support staffer will be the IT-savvy person in the department, who can be included in the IT committees’ work to determine the level of support that UCPH IT needs to deliver.

3. Simplify the managerial structure of UCPH IT. There are far too many middle managers. According to my many years of experience, the vast majority of my IT colleagues are talented and conscientious people who do not need constant surveillance. Who is really gaining from some middle manager spending their time counting how many phone calls the UCPH IT call centre gets in? In the world of business they have for a long time left these ‘new management’ style hierarchical structures behind. They, too a larger degree, allow more autonomous groupings, with more responsibility delegated to the individual employee. I also think that the many middle managers are a totally unnecessary extra layer of costs. Be modern instead, and give the work satisfaction back to those who create value, by giving them responsibility for their work.

4. Stop the registration of trivial cases. The call centre support is in principle brilliant. The vast majority of cases are solved within a few minutes, because the IT support staffer can access the user’s machine and fix the problem. Just how well-functioning this is, could be seen during the coronavirus closures, where IT support staff could, from home, support users who were also at home. You should not have to spend time on registering these trivial cases, as there is no learning gained from taking note that, say, you need to change your password in Eduroam.

5. UCPH IT’s support staff are constantly rotating between the support centres and the phone support, which is located on South Campus. Many of them are very dissatisfied with this arrangement, and you don’t get to know each other by speaking in parallel over the phone. One IT middle manager explained to me once, and I quote: ‘I have a fantasy that all IT support staff are like small gear cogs that can be moved around as needed, because they can all do the same.’ With this attitude, there is not much space for individual differences, interests and skills. Respect instead that people are different, and set up the best team available, so that everyone is mainly call centre phone support, or out in a support centre, depending on what they themselves prefer. This is probably also what they are best at.

So dear UCPH IT. Let the IT support staff do their jobs and help all the good people – regardless of their particular or urgent problem – so that they in turn can spend their precious time on the work they are best at. Rethink the whole IT support system and set up the best possible solution for the all University of Copenhagen users. Not for the ‘system’. If UCPH is to be world-class, IT support needs to be also.