Lockout called off at UCPH 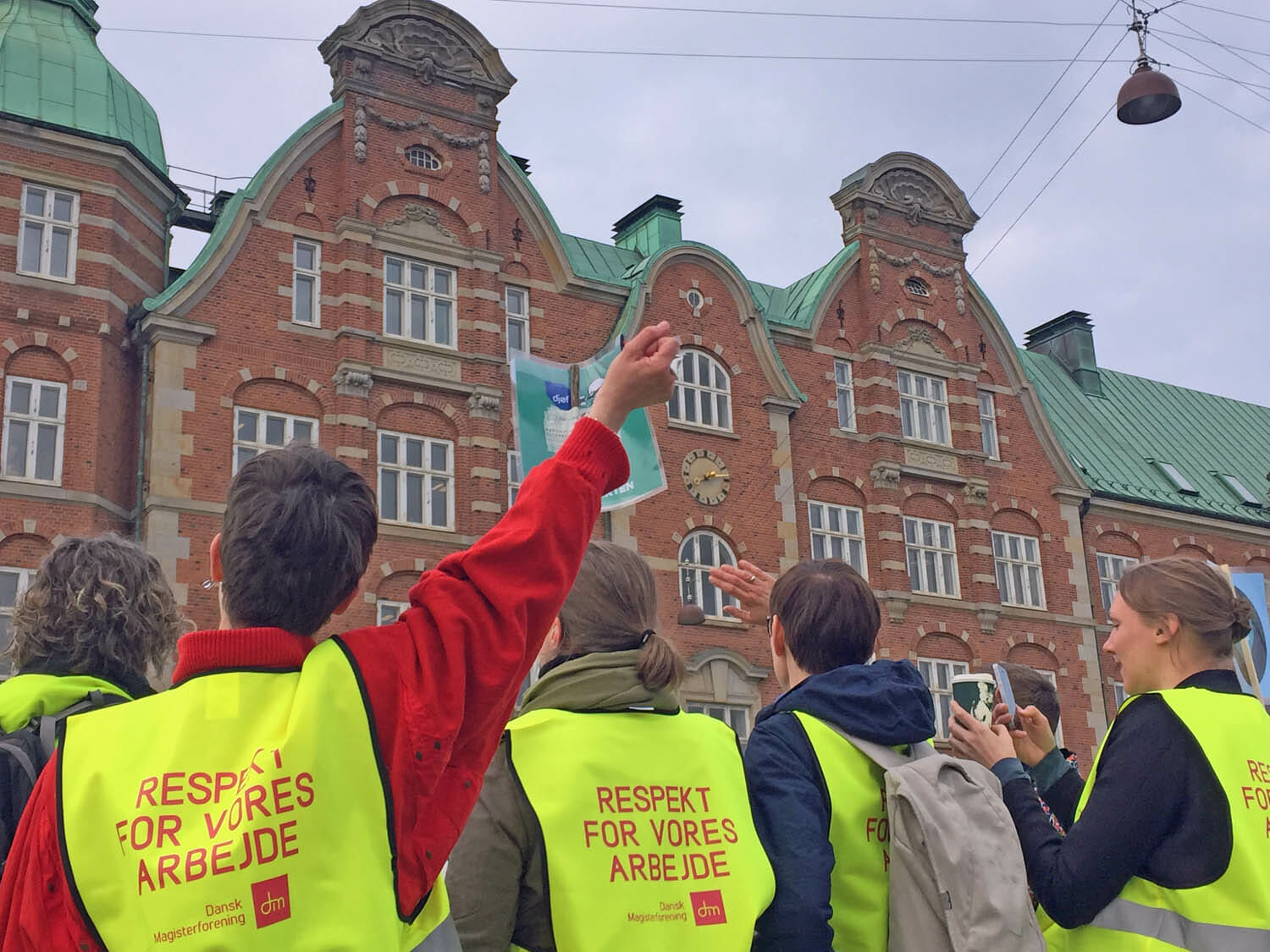 Labour market agreements 2018 — Saturday evening 28th April and state employees could breathe a sigh of relief. Negotiators for the 120,000 state employees, including this university’s 9,390 employees, landed their part of a collective labour agreement.

Finally, staff and students at the University of Copenhagen can breathe a sigh of relief: The lockout that Minister for Public Innovation Sophie Løhde had threatened on 7th March will not materialise after many weeks of difficult negotiations ended in conciliation.

On the 28th April, the last agreement for state employees was negotiated in the conciliation board. The union’s cardboard placards, the teachers’ windswept banners, and finally the academics could go home in their bright yellow safety vests.

The collective agreement includes a graded salary increase of 8.1 per cent and the abolition of a

“I’m incredibly relieved and happy right now. The long negotiations ended with a good result for all the members of the trade union movement. It is an important victory for us, that the paid lunch break is now guaranteed as a right under collective agreement, and that this lunch break is off the table, for now and for the future. Just like we have achieved a guaranteed wage development in parallel with the private labour market. This is a landmark that will go well beyond the 2018 negotations,” says Camilla Gregersen, the chairman of the Danish Association of Masters and PhDs DM.

It is an important victory for us, that the paid lunch break is now guaranteed as a right under collective agreement

“In the academics sector, the agreement will also strengthen research, support the many new types of institutions that have freehold status, create clearer career paths in the administrative area and give a significant boost to our young and newly trained members.”

In the coming weeks, the agreements will be put to a ballot among members in municipalities, regions and the state.