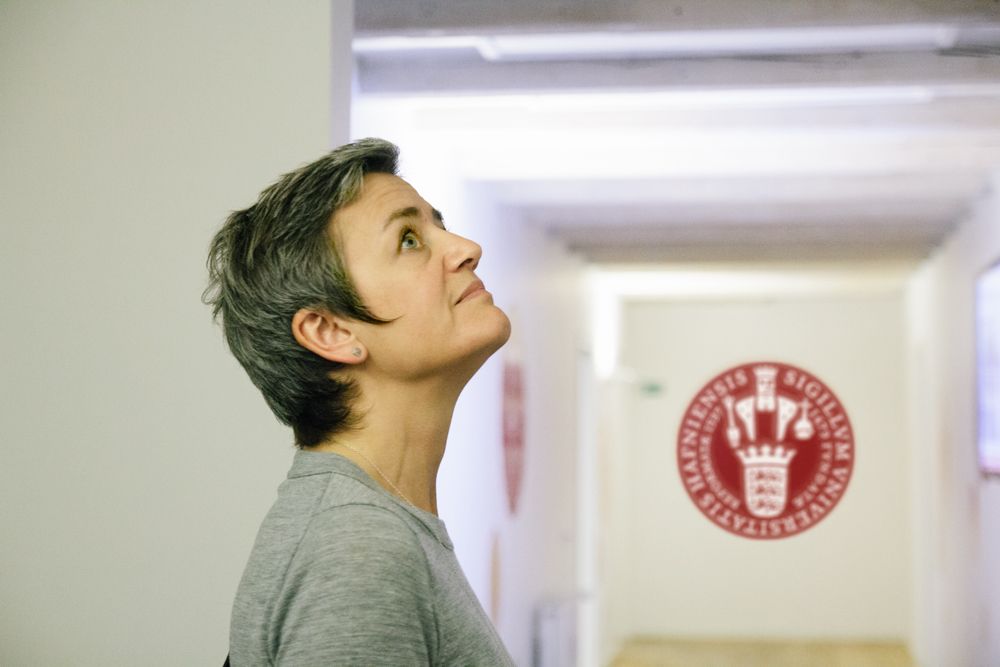 Hjemvendt - Margrethe Vestager at the University of Copenhagen when she was Minister for the Economy and the Interior.
image: Martina Zamboni

Navne — Margrethe Vestager has taken the long journey from the study of economics at UCPH to the post as EU Competition Commissioner. Now she is made an honorary alumna at her old university.

A quarter of a century has passed since Margrethe Vestager was hatched as a Msc in economics from the University of Copenhagen, but in October she returns to the university. Here she will be celebrated as a new honorary alumna at UCPH.

The honour is given, according to the university, to a person for an “outstanding contribution to their professional field and demonstrated commitment and loyalty to their university.”

In her statement, Prorector for Education Lykke Friis emphasises that Vestager still cherishes her ties to the university, even though her working days are in the post as EU Competition Commissioner:

“With the appointment of Margrethe Vestager, the University of Copenhagen will have a distinguished alumna, who in record time has become so recognised on the international political stage, that she is often referred to as a ‘rock star’. She literally makes Denmark bigger. However, she often returns to her old university to debate with alumni and students,” says Lykke Friis on the University of Copenhagen website.

From student of economics to the EU

Vestager graduated in 1993 as a Msc economics from UCPH and then gradually moved to the top of the Social Liberal Party. Her posts included Minister of Education from 1998 to 2001, and later she was appointed Minister of Economic Affairs and the Interior under the Thorning government.

It was intense, tough and fun at the same time. And it has made me who I am – both professionally and socially.

Margrethe Vestager on her time at university

In 2014 she left her post as chairman of the Social Liberal Party to become Competition Commissioner for the EU. Here she has led the Union’s fight against American tech giants that, according to Vestager, have been guilty of tax speculation and other activities that distort competition.

She penalised Google with a huge 18 billion kroner fine because the company allegedly abused its dominant position on the market.

On the UCPH website she pays tribute to her own student days:

“I remember my student life as a time when we shared each others’ sofas. And many of my friends go right back to my student years. It was intense, tough and fun at the same time. And it has shaped me – both professionally and socially.

As an honorary alumna, Margrethe Vestager is in company with the former Novo Nordisk director Lars Rebien Sørensen, the American writer Paul Auster, and Lykke Friis herself (see the list here). Vestager will be celebrated on the Alumni day, 6th October 2018.