Michelle needs to be headstrong to cope with uni 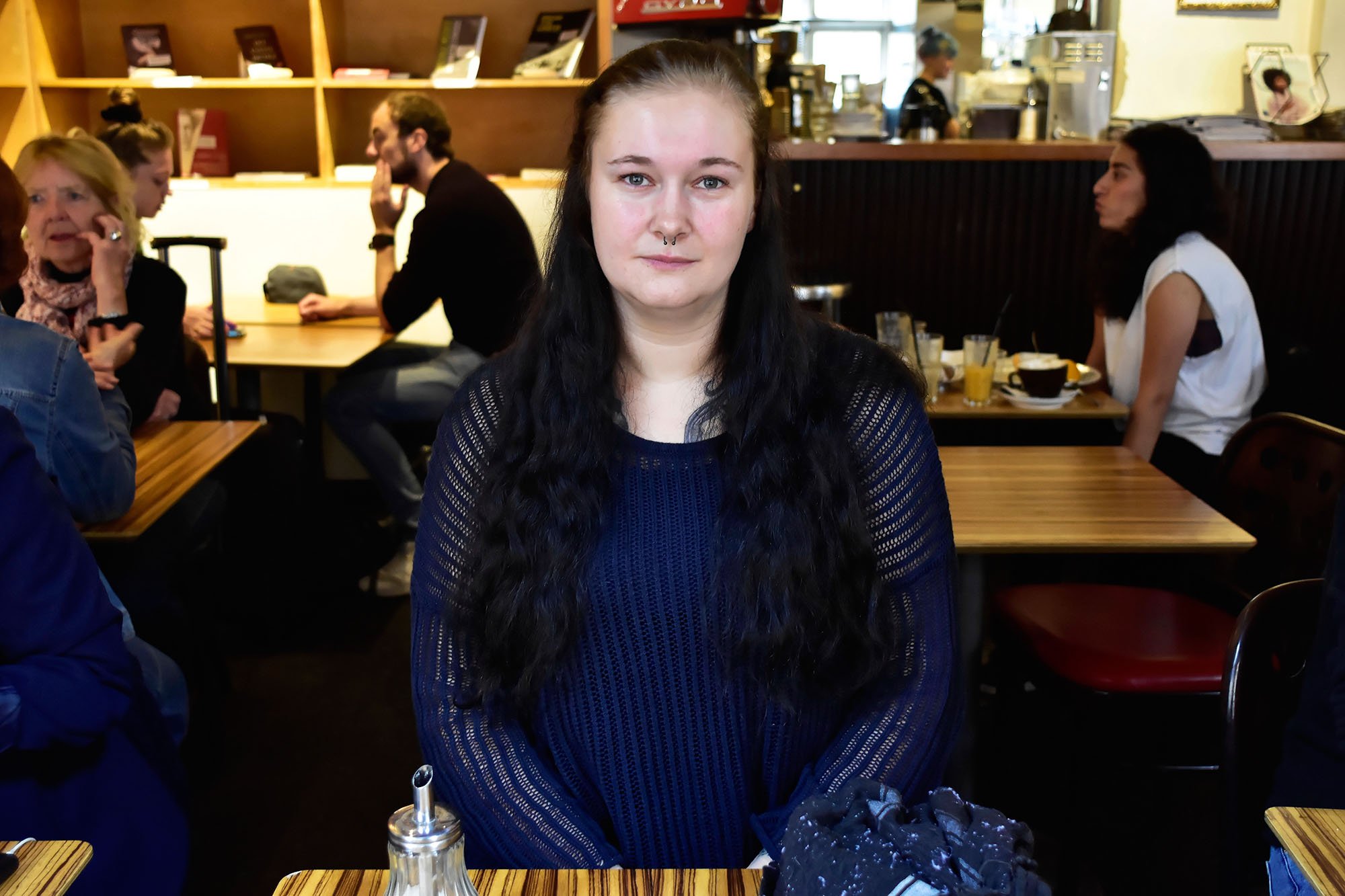 Study Progress Reform — Michelle Jensen managed, despite her mental disability, to go through the first year of her agricultural economics studies in the prescribed time. Yet she fears she may be forced to drop out if she now applies for dispensation for a delay. After the Study Progress Reform, Danish universities do not often give students with disabilities extra time to complete the studies, as this would set off financial penalties.

“The first year at university was not fun at all. I was under a lot of pressure,” says Michelle Jensen (25), who studies third semester Agricultural Economics at the University of Copenhagen.

She has managed to get this far, even though she has a mental disability, a that adversely affects her studies. It’s only got worse over the past six months, according to Michelle, who pushed herself to finish the first year of study in the prescribed time.

Can be excluded from university due to disability

Many students with special needs have encountered problems since 2014, because following the Danish government’s Study Progress Reform, universities no longer give students with disabilities additional time to complete their studies, as the universities themselves have to pay for the delay.

It’s nonsense when Søren Pind says it’s easy to go to university. Because it is not.

At the University of Copenhagen (UCPH) one third of all new students drop out and there is nothing unusual in feeling the pressure. But in Michelle Jensen’s case, she risks being forced to drop out because of her mental disorder, even though she has the ability and motivation.

“I have not had a boring subject yet. I love all my subjects and I have no doubts that I’m on the right education programme. The problem for me is getting through it due to my health,” says Michelle Jensen.

Universities have the option to grant disabled students dispensation from the Study Progress Reform’s requirements that they pass at least 45 ECTS points a year. But universities will still incur a financial penalty if the prescribed study time is exceeded.

The chairman of the Universities Denmark group, Anders Bjarklev, and the chairman of the Danish Disability Organization, Thorkild Olesen, recently penned a featured comment on the Politiken news site criticizing the disruptive effect of the reform on students with disabilities.

“Universities want to be inclusive of students with special needs, but they end up paying fines if a few students are unable to complete their studies in the time allotted by politicians,” the two write.

Students with disabilities are included in the Study Progress Reform model, so students lose their SU student grant if they are delayed, and universities lose funding if they exempt them for having a longer completion time.

Michelle Jensen points out that it is the financing of her studies that constantly stresses her:

“It’s the money. I always think, if I do ‘like this’ with my study, how does it affect my ability to cope financially?”

Her parents have no money, they can give her, she says, so she has to manage herself. Michelle Jensen is from the western part of Zealand, living in Slagelse, because she likes it, and because it gives her the necessary peace in relation to her borderline illness. It is a tough disability, even though it is not immediately apparent to others.

“Things in everyday life that other people perceive as a small problem, I take them very heavily. The problems grow, my feelings run away from me, and I have trouble knowing who I am or what I want,” says Michelle Jensen.

She needs to pay attention to herself and her diagnosis every day, and this takes time, so she cannot handle many other things apart from studying, and she cannot take care of a job. Only a certain stubbornness on her part has let her get as far as she has.

“I have really felt the pressure on my studies, especially over the three months before the summer vacation. I did nothing else but get up, cook, go to campus, go home and shut myself up in my apartment to get some peace again. I had no surplus energy for anything else, not to see friends, nor to go work out at the fitness center,” says Michelle Jensen.

Scared to apply for dispensation

She sees no reason to spare herself when she is at the University of Copenhagen.

“If we have group work, then I have to do my share just like everyone else. Otherwise, I won’t learn anything. The academics is too much pressure for me. It’s everything else, although the course is, of course, challenging,” she says.

I get scared because what will happen to my mind if I push myself studies in the prescribed time? At the same time, I don’t even dare to do anything else because of the Study Progress Reform

She has not spoken to anyone else on her Agricultural Economics programme about her disability yet, partly because she is afraid they would start trying to make amends, and would avoid giving her the necessary academic workload. But she has now reached a crossroads, and she understands she may have to ask for help, even she is worried how this will turn out. Again, it’s the financing of her studies, that’s her nightmare.

“I’m so afraid to get behind in my studies, because then I will have to apply for dispensation, and then what will happen to my SU?” she asks.

Back at her studies after the summer break, she feels pressured and trapped.

“I get scared because what will happen to my mind if I push myself studies in the prescribed time? At the same time, I don’t even dare to do anything else because of the Study Progress Reform ” says Michelle Jensen.

“But I am anyway because politicians are constantly tightening the legislation and it’s on my finances, that they are applying the pressure. There is just no space for a break and a breather,” she says, adding:

“It’s nonsense when Søren Pind says it’s easy to go to university. Because it is not.”

Doing everything herself is overwhelming

She would really have needed someone to have given her tips on how to handle her disability as a student. But there was no-one there to help her.

She herself had to develop her own strategies, and this in itself is demanding.

“It’s overwhelming to have to do everything yourself,” says Michelle Jensen, now feeling convinced that a part-time study programme is OK, even though this is a reluctant recognition. She still, however, has no answer to when, and how, she will begin to apply for it.

Her fellow students at UCPH are luckily very open. She has just wanted to wait to let them know she had a borderline diagnosis until they got to know her better.

“Some people with borderline react outwards, but I don’t, and I did not want to let the others think that I would be one of the first group,” says Michelle Jensen.

“Socially things are going well for me on the study itself, and the other students make contact with me, but I do feel a bit outside of it all. I also did not participate in the traditional intro ‘rus’ tour, as I psychologically did not reckon I could spend two or three days in a forest,” she says.

Michelle Jensen dreams of being able to graduate from UCPH. Afterwards – if successful – she sees plenty of opportunities to find a job and prove to everyone that you can do well, even if you are borderline.