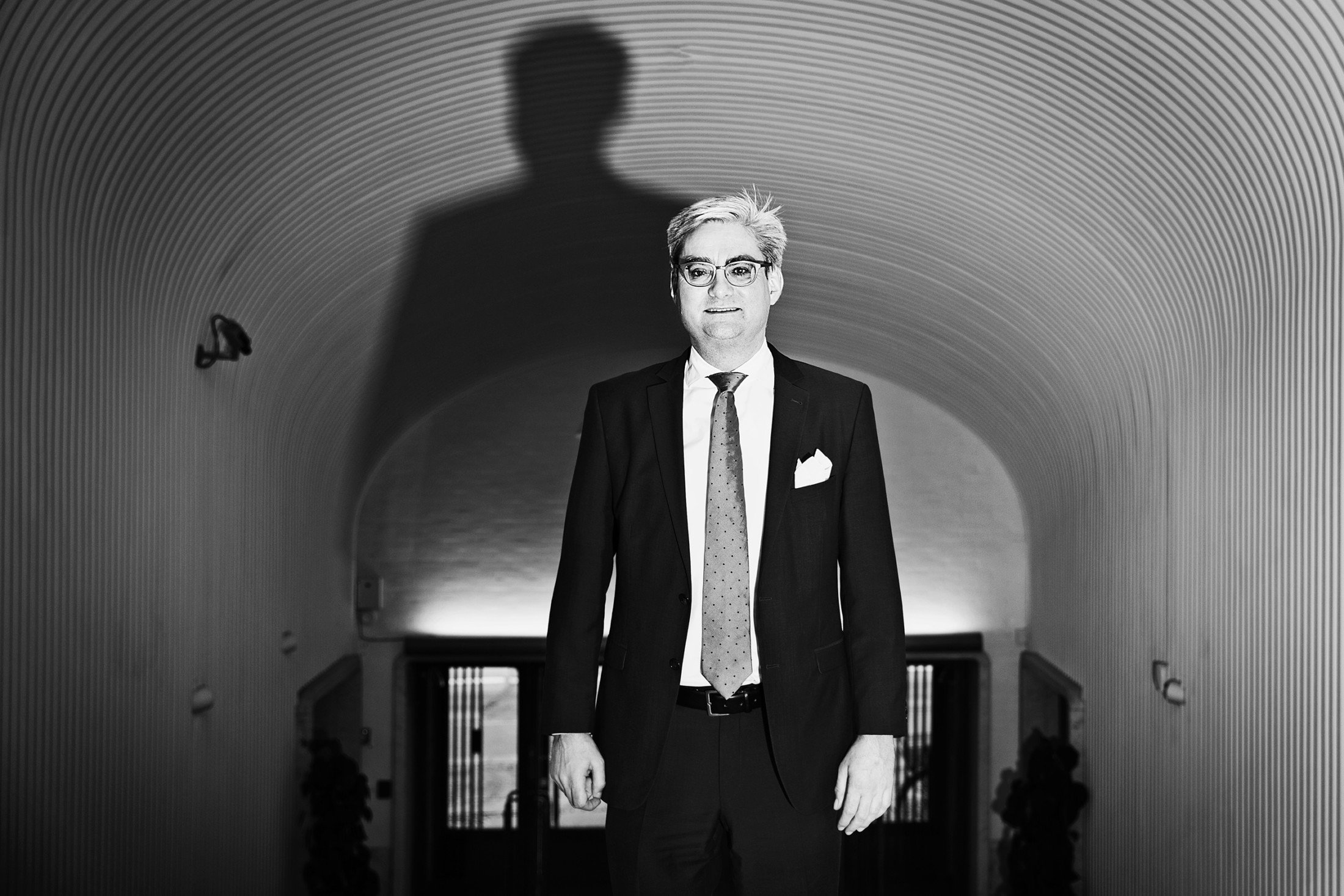 Minister of Higher Education and Research Søren Pind wants to put a cap on the number of incoming international students. At the Faculty of Social Sciences they don’t quite agree.
image: Lizette Kabré

Limitations — According to a new analysis, foreign students at colleges and business academies go home when they have finished their education. Now, the Minister for Higher Education and Research wants to check how many university students stay in Denmark

Only one in five graduates from English-language programmes at university colleges and business academies are employed in Denmark two years after they have completed their education. This is according to a new analysis by the Ministry for Higher Education and Research.

This is too few, says Minister for Education Søren Pind. In a press release he says that higher education programmes should be first and foremost oriented towards the Danish labour market. So now the education minister wants to find out how many international students at universities remain and get work in Denmark after graduation.

The minister has reduced the numbers admitted to the country’s university colleges and academies with 25 per cent in 2017. This corresponds to approximately 1,600 fewer new students compared to 2015.

“We can see that the number of international students who come here to get an education paid for by Danish taxpayers has increased significantly in recent years. But there are far too few of them who contribute to Denmark subsequently. We need therefore to reduce admissions,” says Søren Pind.

There are far too few of them who contribute to Denmark subsequently. We need therefore to reduce admissions

The education minister is to investigate how many international university students stay and get a job in Denmark. In the longer term, the minister wants to downsize the English-language programmes separately and put a cap on the number of study places.

Pind’s plans are in contrast to the University of Copenhagen (UCPH) development contract with the Ministry for Higher Education and Research Ministry 2015-2017, where one of the 2017 targets is that the number of international students with a different nationality than Swedish, Norwegian, Finnish and Icelandic should increase by 10 per cent.

Spotlight on Law and Economics

Søren Pind’s announcement comes as a surprise to the University of Copenhagen. Last summer the Faculty of Law and the subjects Economics and Political Science at the Faculty of Social Sciences were told that they had to apply to the Ministry for Higher Education and Research for permission to duplicate the master’s programme in English – even though the majority of courses were conducted in English and for years had been offered to international students without objection from the Ministry.

Law, Political Science and Economics have been authorized to duplicate their programmes in English for four years, after which they must demonstrate that international graduates contribute to the Danish labour market. This means that the University of Copenhagen in collaboration with Statistics Denmark in this period is to to keep track of whether international graduates are at work in Denmark after graduation.

Several studies show however, that international students in the country’s university programmes contribute to the economy after graduation.

In 2015 the think tank DEA investigated the numbers on 6,000 international students who had taken shorter, medium and higher Danish higher education programmes in the period 1996-2012. The analysis showed that 40 per cent were still in Denmark and in the workforce one year after graduation.

The analysis showed that the international students in the study made a net positive contribution to society of DKK 156.5m – or roughly DKK 27,000 per student.

Loss for the study environment

“Global Development is designed as an international education programme. If we need to change it, then the whole structure of the programme needs to change. And it would be a great loss for the study environment if you limit the number of international students,” says Henrik Hansen and continues:

“The departments at the Faculty of Social Sciences, like the Department of Anthropology and of Economics, are international workplaces with talented researchers from places like Germany, USA and England. If you do not want an international education programme, you have to ask yourself whether international researchers should continue to teach, or whether there should be only Danish teachers. The way I see it, this would be a shame,” says Henrik Hansen.

At Anthropology, associate professor Heiko Henkel, who is from Germany, is also sceptical of the idea of ​​putting a cap on the number of international students. He does not believe that you can discuss foreign students in the context of a socio-economic cost benefit analysis.

“We should not only see international students as a problem but as an opportunity. They offer other perspectives that are of benefit to our Danish students. So I hope that the minister, in consultation with universities, will consider what they do in terms of internationalization. We already have few things to offer international students. At Global Development we have done a lot to attract the students, but in general in the university area, we have not been very welcoming to them.”

Associate Dean for Education at the Faculty of Social Sciences Birgitte Sloth is alarmed by Søren Pind’s announcement.

“Of course we are worried. It runs against the idea that internationalization is a good thing and that we should try to attract the best international talent among students. It is the cap on Danish SU study grants for EU students that has triggered this. Politicians are putting their primary emphasis on whether the international students get jobs in Denmark and earn money for the treasury. But we would like also to focus on the importance of an international study environment,” says Birgitte Sloth.

What would it mean if there is a cap on international students at an education programme like Global Development?

“We don’t know what the Ministry for Higher Education and Research intends to do. But it would be devastating for, say, Global Development if we got quotas for international students. The programme is founded as an international education programme with students from around the world. But when it comes to our foreign graduates, I am convinced that those that stay will end up being really good business for the Danish Treasury.”