Morten Andersen has a role to play in the explosive vaccine debate: »I certainly feel the pressure« 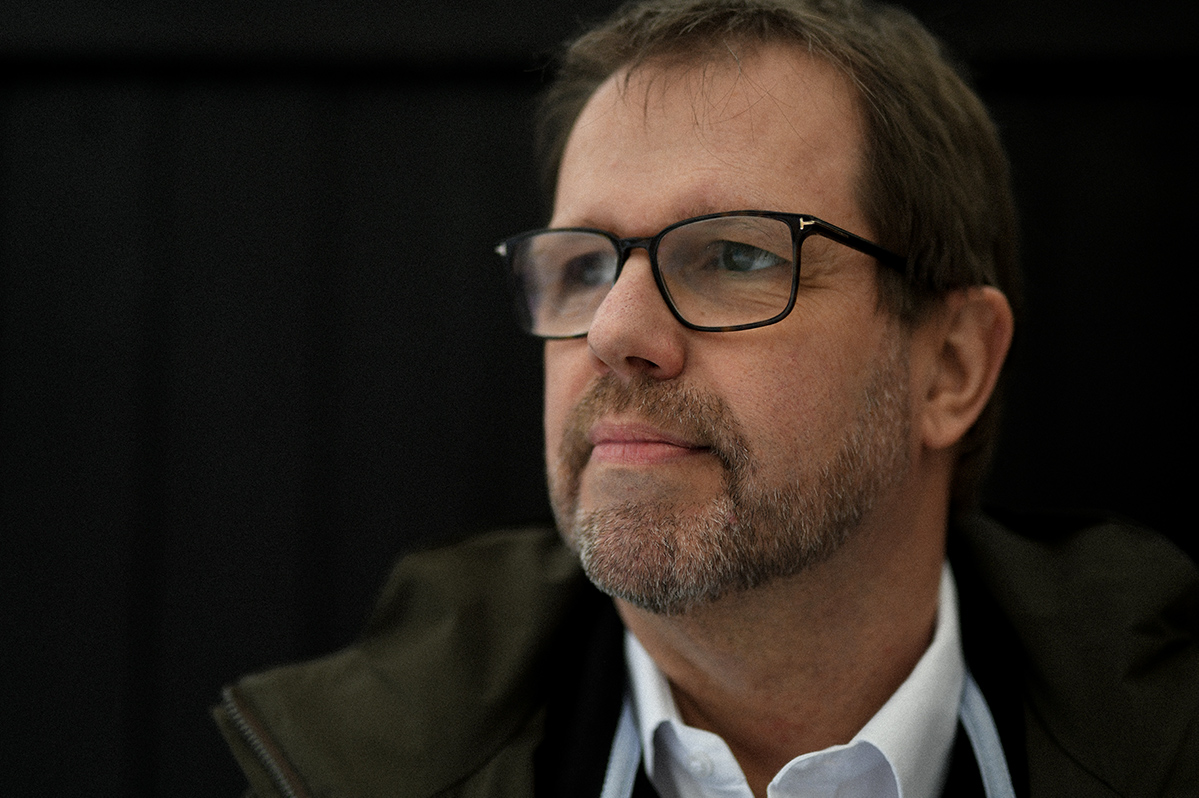 Morten Andersen has never got this number of calls from the journalists.
image: Rasmus Friis for Uniavisen

Coronavirus — Professor says he is obligated to refine and add nuance to some of the frightening stories of possible vaccine side effects. He weighs his words carefully, because everything he says can be used and abused – and because he himself has seldom been able to offer so few clear answers.

»I have to be very cautious,« says Morten Andersen.

Never has he been in such high demand. Seldom has he commented on something that is so uncertain.

As professor at the University of Copenhagen and expert on the effects and side effects of medicinal products, he has been swamped by calls from journalists in recent days. They all want his reaction to the stories of blood clots which the AstraZeneca vaccine may, or may not, lead to.

The Danish authorities are still in the process of investigating the rare cases, and have put the AstraZeneca vaccine on hold. A hold that has so far has been extended until the middle of April. At the time of writing, other countries like France, Germany and the UK were in the process of giving the vaccine to their citizens.

It is a scientific debate with no consensus. And no clear answers.

READ ALSO: He runs a global project against corona, but still responds to emails from random people

Right now, Morten Andersen can only tell journalists that it has neither been confirmed nor denied that the vaccine was the cause of the blood clots. And he stresses that even if it were the case, then the serious side effects are still so rare that the benefits far exceed the risks (according to the Danish Medicines Agency, on 18 March blood clots had been found in 10 out of over 140,000 citizens who had received the AstraZeneca vaccine).

But he does not really know whether what he says will still apply in a few weeks time.

»This is really, really unusual. Everything is almost happening too fast,« he says.

This is really, really unusual. Everything is almost happening too fast.

»I often have to comment on things within a couple of hours, and I can tell you that this can be a bit tough. The information released is very fragmented, so it can be hard to relate to it.«

There is a reason why everything is going faster than normal.

We are in the middle of a pandemic that has held society in its iron grip for months on end. And all the experts agree that vaccines are precisely the miracle drug that will bring back the daily lives that people know and yearn for.

So the authorities’ decision to resume, or to completely stop, the use of the AstraZeneca vaccine is of huge significance to everyone.

And there are more people listening to Morten Andersen than ever before.

»I certainly feel the pressure. I’ve never communicated research in this way before. All of a sudden, I am required to do this and that, and I’m standing in front of a camera with spotlights on, out on my suburban street at 10 pm at night, as the neighbours come out to take a look,« he says.

Subtlety to a sensationalist debate

You might wonder why he wants to participate at all in a public debate that he has no enthusiasm for: It is, according to him, characterised by a lot of fragmented, contradictory information, with a lot of focus on specific moments in time and individual cases.

It applies, for example, to the daily updates of the number of dead and infected. These numbers, according to the professor, are of little use unless they are included in statistics over longer periods of time.

And it applies to the frightening headlines about blood clots that no one can even be certain are a result of the vaccine, or not.

But now that the debate is what it is, it is Morten Andersen’s duty to bring the finer nuances to it, he reckons:

»I hope that those who receive my updates can use them to interpret a stream of information that is contradictory, fragmented, and sometimes sensationalist.«

He has his own theories about what may have happened in the blood clot cases, but he keeps them to himself, and almost takes on the role of a teacher in the media.

I’ve never communicated research in this way before.

He is completely open about the uncertainties: We do not know what caused the blood clots. Maybe we’ll never ever find out.

He explains how thoroughly pharmaceutical agencies assess vaccines, so it is clear to all that decisions are not taken lightly.

And he tries to contribute with the really decisive perspectives on the issues. Something that he says both the media and the authorities sometimes neglect. It’s about what he himself is an expert in: The benefits and the risks. Effects and side effects.

»When you say that the vaccine may have been the cause of the blood clots, you have to bear in mind that this is only in a very few cases out of the 140,000, and that Covid-19, based on the current data, would have been much more dangerous. I see it as my responsibility to constantly bring this up in the discussions,« says Morten Andersen.

»My responsibility is to explain the basis for our decisions and to place the fluctuations in context.«

What do you feel?

He was not put through any media training before he was thrown in front of the microphones, but he says that he draws on his background as a medical doctor. He then had to convey serious messages to patients in a balanced and easily understood manner. This without deception and without letting his emotions run away with him.

And it is the same thing he attempts to do in the current debate over vaccines. 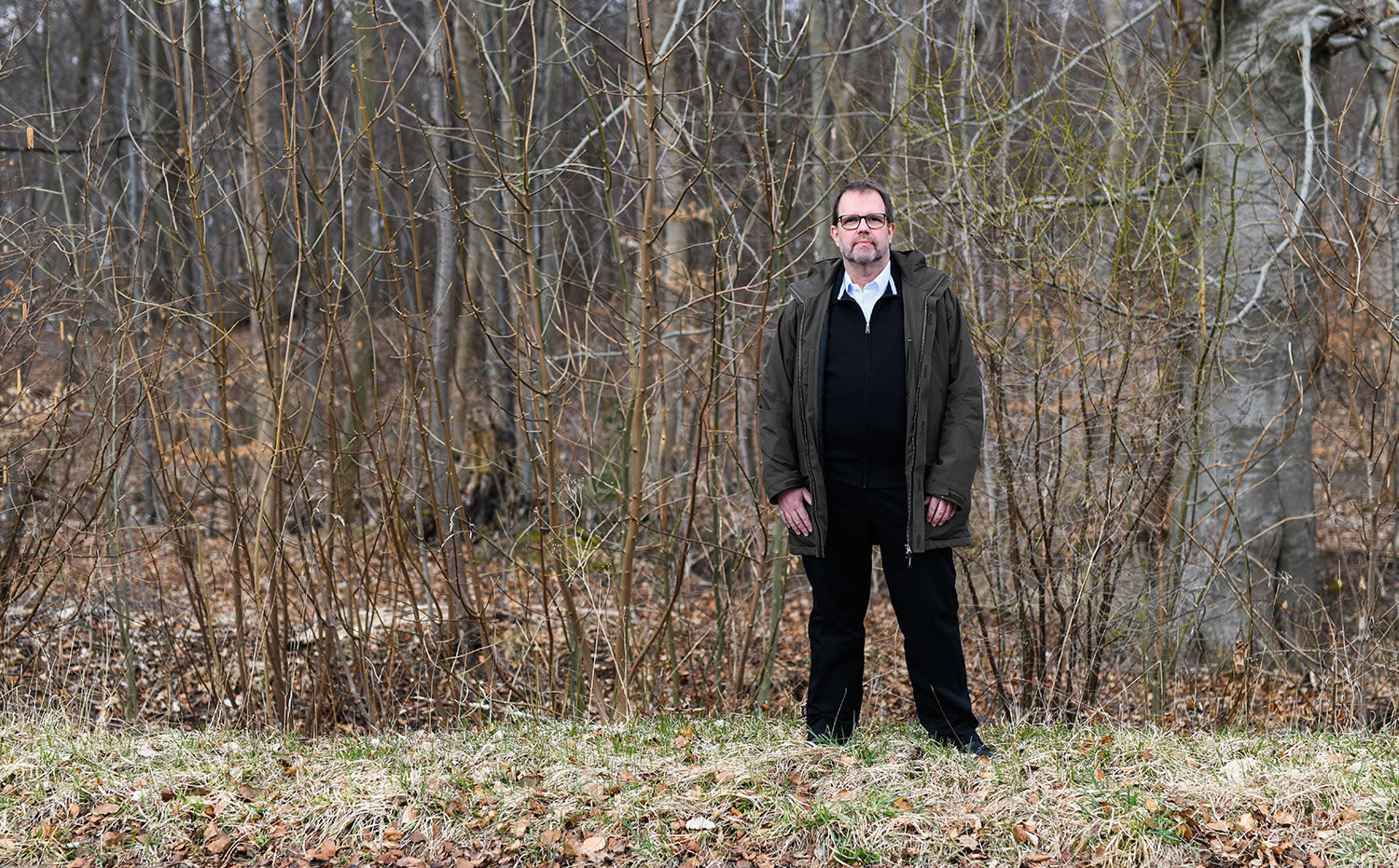 »I can be asked about whether I think a political decision is reasonable, or whether the reports of blood clots are alarming. I have not yet got the question: What do you feel? I probably wouldn’t answer it anyway, because emotions are of no use here,« says Morten Andersen.

»Instead, I say that it is a matter of balancing these things. I go back to my foundations, back to the advantages and disadvantages, and the basic messages that are needed to understand the authorities’ decisions.«

»This is particularly important in a situation where these cases are doing the rounds in the media, and no one can say anything yet, but many people claim this, that, and the other.«

Does not want to boost vaccine scepticism

He also knows that his words carry more weight now.

On the other side of the screen, many people are worried about the consequences of a jab with the AstraZeneca vaccine. In this way, the recent debate has led to the trust in AstraZeneca falling throughout Europe. Also in Denmark, where every third person according to a Megafon survey for TV 2 and Politiken will decline the vaccine.

Despite growing mistrust of AstraZeneca, the vast majority of Danes, 87 per cent, still want to receive a corona vaccine.

But there is also a minority who are general sceptical towards the vaccines.

Maybe some people will think I am an idiot.

And Morten Andersen does not want, under any circumstances, to give any ammunition to this group.

»I make an effort to avoid providing information that can be misinterpreted and which will offer up vaccine-sceptic arguments. I have to provide information that is in line with what we know in research, but I also have to deliver it in a way that it does not give a boost to vaccine scepticism.«

This sounds like a bit of a challenge: How do you ensure that you do not increase vaccine scepticism without downplaying the possible side effects?

»It’s difficult. But you do it by communicating knowledge in an objective manner and avoiding emotionally charged words. I wouldn’t say to a patient: You’ve got cancer, this is awful! Even though it’s awful.«

»If a vaccine turns out to have a serious side effect in a few cases, then you should not blurt out: This is really surprising, and it could have major consequences for the vaccine!«

It’s also about choosing your examples carefully, according to Morten Andersen. In an interview the other day he, for example, compared the AstraZeneca vaccine to childhood vaccines, where serious side effects are extremely rare.

Afterwards, he was annoyed with himself for saying »side effects« and not »serious side effects«, as many do get a fever immediately after the jab. »Maybe it will make some people think I am an idiot,« he says.

But not just that: He has also asked himself whether it was at all appropriate to bring childhood vaccinations into the debate. Because what if the comparison with AstraZeneca leads to scepticism about childhood vaccines?

Some might say that it is not your job as a researcher to fight vaccine scepticism. It is instead to present knowledge with all its fine distinctions, and let the public decide what they want to do with it?

»I don’t really consider this to be a contradiction. You need to present information in an honest and easily-understood manner without concealing anything. The key part of it is the way in which you argue, and that you do not just concern yourself with one singular case or one singular number, but are able to put it into context and explain the larger picture. This is what you need to do, I think,« says Morten Andersen.

»I don’t think there’s something here I don’t want to mention. But I think that I have to say it in the right way.«