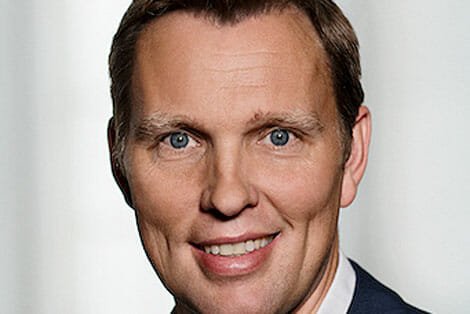 Names — Professor in Spanish History Morten Rievers Heiberg was awarded the Queen Margrethe II science prize on 18th April. We caught up with him for a Q & A before the ceremony.

Wednesday 18th April had the Queen awarding a prize in her own name at the Royal Academy of Sciences and Letters.

The recipient is Morten Rievers Heiberg, a professor in the recent history, culture, social affairs and politics of Spain at the Department of English, Germanic and Romance Studies at the University of Copenhagen.

The University Post reached Heiberg on the phone the day before the award ceremony during a break between getting his hair cut and preparing his acceptance speech.

What does this prize mean to you?

“I am deeply grateful and very humble to receive Her Majesty Queen Margrethe 2nd’s science prize. I interpret the prize as a complement to the humanities and as a recognition of the fruitful and very diverse research carried out by the language subjects at the University of Copenhagen.”

In 2015, the Royal Danish Academy of Sciences and Letters instituted a science prize on the occasion of the society’s patron HM Queen’s 75th birthday. It is the only prize in the Queen’s own name.

The prize is to be awarded once a year for the next 25 years. This year it is awarded for the third time. The prize, which is a personal prize of DKK 100,000, is given to an excellent researcher under 50 years of age, who works within the sciences that the society represents.

“International history has not always got the most attention in Danish research environments, but a prestigious award like this can help to highlight the importance of archive-based research in International politics. Not everyone knows that research takes place on foreign political history and society in the language subjects – sometimes even more than in the traditional history departments.”

Can you give an example from the interdisciplinary field that you work in, between history, romance languages, and law?

“I am a professor in Spanish history. But I have worked with many things during the course of my career. I have a background in philology as an MA in Spanish and Italian, and I am accustomed to this branch of science, which I have first and foremost used to look with fresh eyes on international history, which is my lifeblood. ”

says you are investigating the informal level of foreign policy – what does this mean?

“For example, in my work with the Spanish Civil War. The traditional foreign policy archives offer a specific view on alliance relations in the 1930s. However, if you analyse the activities of the less official actors – such as businessmen or intelligence services – you get another picture. Nazi Germany officially supported Franco’s rebellion against the Republic in 1936, but they also actually supported the Republic militarily by sending arms. On that basis, associate professor dr. phil Mogens Pelt (the Saxo Institute) and I raised this research question: One party is officially supported, the other, albeit to a lesser extent, unofficially. And this led to a new view of the various priorities of German foreign policy during that period.“

The Minister is well aware of my position. Increase the grants a bit. The money that society spends on research, is money well spent, and gives multiple returns.

Morten Rievers Heiberg answers the question: If you were to give the [now former, ed.] Minister Søren Pind a piece of advice, what would it be?

“Spain has for a long time lived an isolated life in Europe, but in its heyday it covered millions of square kilometres. What has this retreat meant for the Spanish nation today? I am trying to show how Spain, in most of its recent history, has been unable to define its own destiny in the international environment due to its internal weaknesses. First, England and France, then the , and most recently, the United States has been able to manipulate Spain through most of the 20th century. With the transition to democracy in the 1970s, this anomaly was finally rectified. And many of the issues I am working with, continue to stem from the questions I have raised about the balance between the informal and formal level of foreign policy.”

1998: PhD Fellow at the Institute of Romance Languages, UCPH

Can you say that you examine the evolution of international politics from the perspective of Spain?

“I’m about to finish from this starting point. Today, it is shrouded in uncertainty as to where the world is going. The public is increasingly finding it difficult to understand the direction and the underlying mechanisms, and it is a giant task to analyse and understand the evolution of international policy after the fall of the Berlin Wall in 1989.”

“After the crisis in 2008, it looked as though it was the G20 group that we had to rely on, but this is no longer the case. What are the factors that influence global developments? In addition to the generally known economic conditions, the refugee and the climate crisis, I believe that the silent race between the United States and China is the underlying condition of the increasingly negative relationship between Russia and the rest of Europe.”

From the nomination it is clear that your research marks a breakthrough that is enjoying international recognition. If you from that platform were to give the students of 2018 a piece of good advice, where would you start?

“We should stand up for our right to live our lives as we want to live it ourselves, and not let politicians meddle with our existential questions. If you are fascinated by Italian renaissance studies or international politics, you should just go for it. Follow your heart!”

We should stand up for our right to live our lives as we want to live it. And we should not let politicians meddle with our existential questions.

What brought you to Romance philology?

“A study abroad period after I graduated from high school – yes, this is something that are not allowed to do today – and then I had Spanish in high school, so I chose this path. I actually started studying economics, but I quit.”

What do you think we need to take care of the most at UCPH?

“The rector mentioned something important in a speech in January, when he warned against the distortion of academic disciplines. In some subject areas it is like a land of milk and honey, in other subjects it is like Albania. I really agree with him on the importance of the university ensuring tolerable minimum standards across all fields of science, so that departments or faculties do not start competing against each other. We want to spend our time on research and education, and this requires predictability and stability. Rounds of dismissals are counterproductive to good research.”

If you were to give the [now former, ed.] Minister Søren Pind a piece of advice, what would it be?

“The minister is aware of my position. Increase the grants a bit. The money that society spends on research, is money well spent, and it will give multiple returns.