New book challenges presumptions about Iran and its shady reputation Isfahan is considered to be one of the most beautiful cities in the Middle East and is on UNESCO's World Heritage List. A new book on Iran has dedicated a whole chapter to the Imam square in the city.
image: iStock

Land of the ayatollahs — When Danes think of Iran, they should see more than just a backward theocracy. This is the purpose of a new book where seven University of Copenhagen (UCPH) researchers have created a narrative out of Iran's rich political and cultural history.

The world had great expectations for Iran when it in 2015 entered into a historic nuclear agreement with a group of countries including the United States. But these prospects came to nought this year when Donald J. Trump blew up his predecessor’s prestige project and once again turned his back on international agreements and pledges.

The new book, Iran – i historiens søgelys [‘Iran – as seen through history’] is in this way topical. Something that the editors of the book did not know when they had the idea for ​​the book three years ago. But they thought that Danes’ perception of the country with its 81 million inhabitants was distorted, and they wanted to change it:

“Me and my co-editors’ presume that Iran is seen as a country of darkness with religious leaders, where everyone is covered up, where it is very Islamic, and society is generally backward. We draw a different and more nuanced picture of Iran,” says one of the editors of the book Claus Valling Pedersen. He is an associate professor in Persian at the University of Copenhagen.

16 researchers have contributed to the book and 7 of them are employed at UCPH. For Claus Valling Pedersen, the result is a “varied and wide-ranging informational book for Danish readers, something which we reckoned was missing”.

The Iranian Revolution in 1979 was the nightmare showing how bad things could get in the Middle East. A seemingly well-functioning and relatively modern country was turned over to a Shiite Muslim leader, and suddenly the short skirts and more liberal values of the 60’s and 70’s were over.

We must bear in mind that the ancient Persians were contemporaries and equals to the ancient Greeks in a Greece that we perceive as the cradle of Europe.

Associate professor and editor of the book Claus Valling Pedersen

A bulwark of the West in the Middle East had fallen.

From then on, Iran was associated with violent images of the occupation of the American embassy and the dramatic hostage taking of diplomats.

Since then, the religious leader Ruhollah Khomeini’s issue of a fatwa against the author Salman Rushdie in 1989 stoked the flames. And when George W. Bush included Iran in the Axis of Evil in 2002, it gave credence to the view that the state was in league with the West’s enemy number one, the terrorists.

This is all stated in the introduction to the new book on Iran. The authors want to make a different and more nuanced portrait of Iran’s past and present:

“We start all the way back in prehistory, traverse the long cultural history of Iran, and describe Iranian literature, Iranian film, festivals and modern Iranian history along the way. So we hopefully end up drawing a slightly different picture of Iran than what is usual portrayed in the media,” says Claus Valling Pedersen. 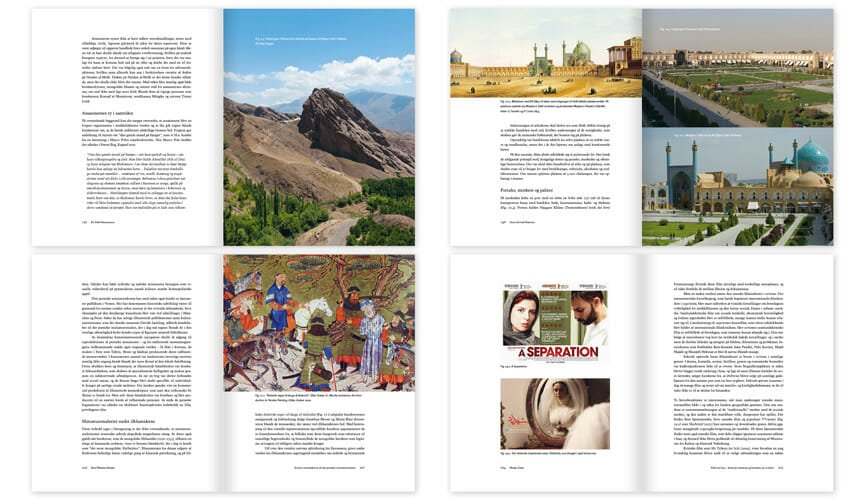 The book deals with both Iran's past and present. The 2011 Oscar winner 'A Separation' offers a glimpse into Iranian society today.
image: Forlaget Orbis

The ancestor of civilization

Today, Iran is still characterised by limited political and civil rights, although the country has become more open under the new President Hasan Rouhâni. This is not denied by the authors of the book. But when Danes think of Iran, they should not just see theocracy. As Iran is much more.

We are not trying to deny that there is a theocracy in Iran. But we want to also show that it is a modern society

Associate professor and editor of the book, Claus Valling Pedersen

“We are not trying to deny that there is a theocracy in Iran. But we want to also show that a modern society and modern technology is fully present in Iran and that the country is not only characterised by a backward religion,” says Claus Valling Pedersen.

In fact, Iran is in many ways the foundation under our present society. It was the cultures from present-day Iran that figured out agriculture and cultivation, and Iran was one of the places where modern civilization arose.

“We must bear in mind that the ancient Persians were contemporaries and equals to the ancient Greeks in a Greece that we perceive as the cradle of Europe,” says Claus Valling Pedersen.

In the new book about Iran, you can read about the early states, ancient cultures, religion, architecture, art and more.

The Queen danced at Persepolis

Iran’s history goes back several thousand years, and it this can still be seen in the Iran of today, says Claus Valling Pedersen:

“History lives on in architecture, in cultural-historical monuments like the Persepolis palace ruins, in Isfahan – one of the most beautiful cities in the Middle East, and in feasts that often originate from pre-Islamic times”.

It is Persepolis that has been exploited as the symbol of Iran’s magnificent history in recent times, according to the book’s second editor Bo Dahl Hermansen in a chapter on the founding of the Persian Empire. In 1971, Mohammad Rezâ Shāh held the 2,500th anniversary of the monarchy near the ruins of Persepolis, and the rulers and monarchs of the entire world were invited to the party.

The former Danish king, Frederik the 9th and Queen Ingrid appeared at the celebration that became a symbol of the Shah’s overspending and extravagance. 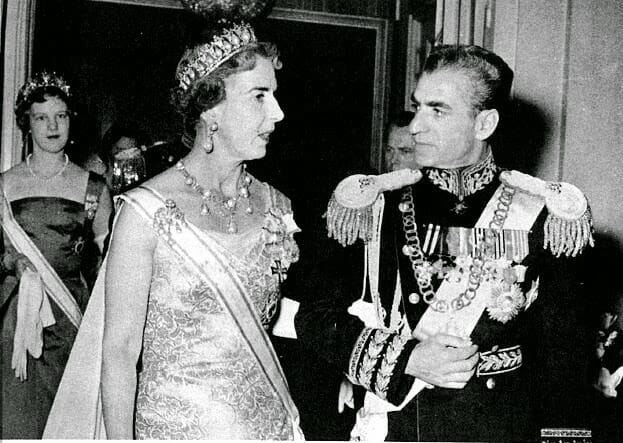 Under the Shah (1941-1979), Iran was considered a Western ally. Here Queen Ingrid is in conversation with Mohammad Rezâ Shâh while a young Queen Margrethe follows in her footsteps.
image: www.royalisticism.blogspot.com

“Someone, probably an opponent of the Shah, estimated that it all cost a few hundred million dollars or more. A smaller celebration might have pulled it off. And in a country with great social inequalities and many poor people, this extravagance would turn out to be a nail in the Iranian monarchy’s coffin,” writes Bo Dahl Hermansen, a  Near-Eastern archaeologist and former employee of UCPH.

At the time, Iran was considered a Western ally and the Shah as the man of progress and development in the West. But the Shah’s rule was not picture perfect.

It was characterized by oppression and inequality, something which the West largely supported. This can be read in the chapter on Iran’s modern history, which has been penned by UCPH researcher Rasmus Christian Elling.

Iran – as seen through history

Includes contributions from 16 writers who retell the long history of Iran from 12,000 BC to today.

The Iran book should only have been a travel issue in the magazine SFINX. But this was postponed, and now the editors have a book of nearly 300 pages about Iran’s history. From ancient cultures to Persian literature to modern Iranian films.

Persian and Iranian culture has had a wide audience for a long time, says Claus V. Pedersen. The Persian poet Rumi has for a long time been celebrated in the West by pop stars and Hollywood celebrities, and Iran remains a melting pot of interesting literature and art.

In 2012, the Iranian film “A Separation” won an Oscar for Best Foreign Film, and films from the land of the ayatollahs are generally esteemed.

Taboo subjects are broached in socially critical feature films and documentaries, but this is not without its risks, according Claus Valling Pedersen:

“You have to admit that censorship in Iran limits the scope of films and literature. But authors and film directors go to the very limit of what the censorship allows.”

Like the new Danish book on Iran, art attempts to give a more nuanced view of this culturally rich country.