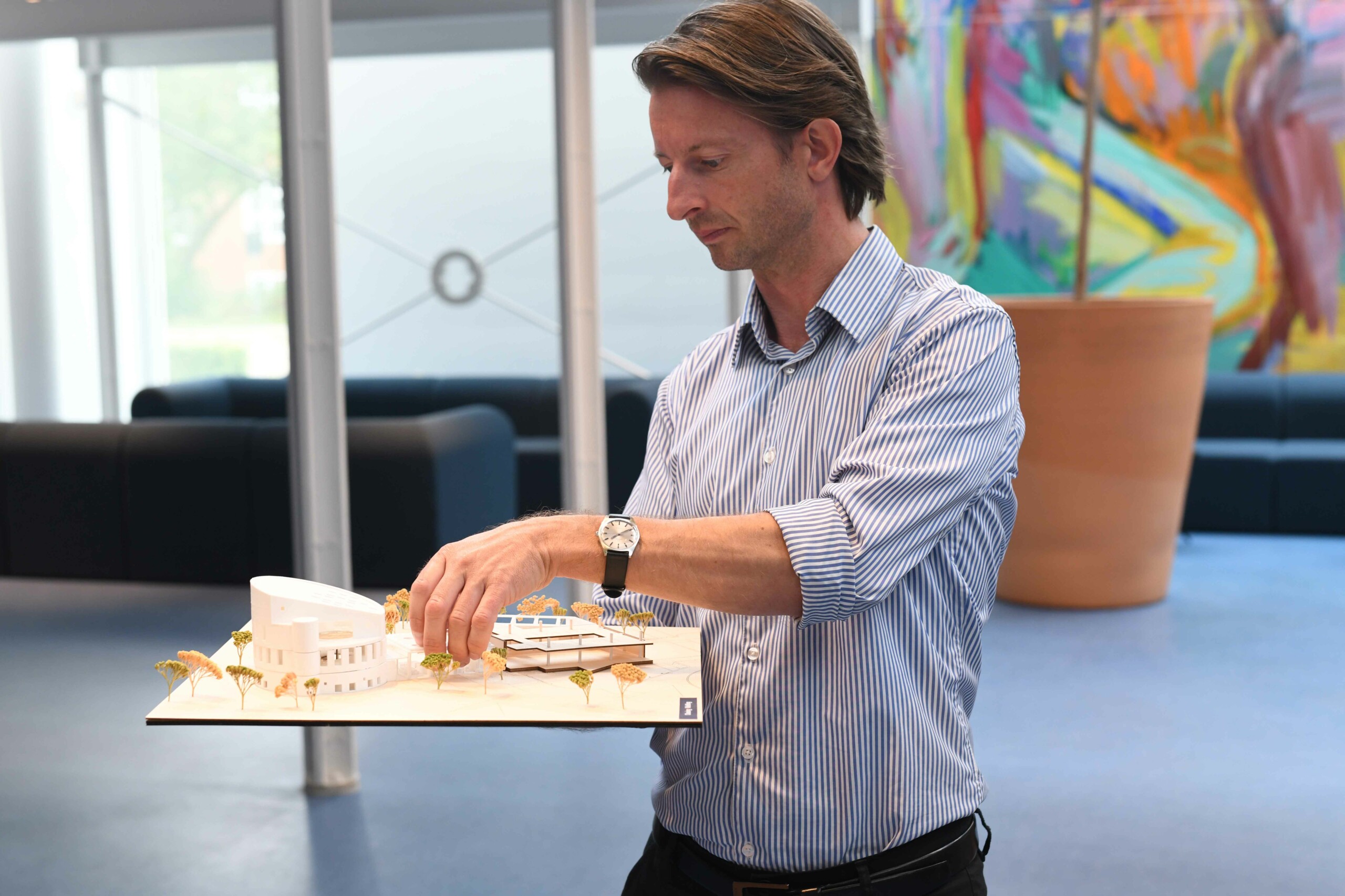 Marius Sylvestersen with a model of planned extensions to the Green Lighthouse complex. The new innovation centre is already up and running
image: Mike Young

Entrepreneurship — Hot desks and office space now available for those who want to be their own boss. Long upward trend in student and scientist entrepreneurs coming out of the University of Copenhagen

Students and scientists can look forward to more assistance from the University of Copenhagen (UCPH) for their start-up businesses and project ideas. An innovation centre is being set up that will includes facilities, courses, advice, and feedback from other student entrepreneurs.

More than half of companies coming out of the University of Copenhagen are started by just graduated students, with one third started by current students. The rest, one sixth, are started by scientists or other personnel.

The centre will take over offices at the Green Lighthouse and adjacent KUB Nord library complex on North Campus, and is the latest initiative in the wake of a 2016 report that documented an increase in the number of students and scientists who start their own businesses while at the University of Copenhagen.

4,600 new companies were started by scientists, students or new graduates from UCPH in the period 2001-2016, or around 290 a year. The report ‘Iværksætteri på Københavns Universitet’ by Iris Group showed a gradual increase in the number of new companies — and this in a period when entrepreneurship in Denmark as a whole has seen a gradual decline.

The University Post recently profiled several student start-ups that were thriving during the recent pandemic lockdown.

The centre, that is to supplement already existing innovation hubs [see fact box below right], is to be headed by Marius Sylvestersen, a sociologist with an expertise in public-private partnerships who has previously worked for the CPH Solutions Lab in the City of Copenhagen.

READ ALSO: These 11 Copenhagen-based student start-ups are crushing it
»The point of the new innovation centre is to motivate students to think in terms of setting up their own business — and to nudge scientists towards applying their research in the creation of business value. The whole building will be put into the service of innovation: We will be a physical meeting place for courses that are relevant for entrepreneurs, and offer ‘hot desks’ so that new student businesses have the space to work. And we will assist the faculties’ local innovation hubs,« says Marius Sylvestersen, who started the work of setting up the centre last week.

While the centre is already in the process of being set up with offices and spaces, Marius Sylvestersen is to help apply for DKK 40 million in external funding to further extend and integrate the Green Lighthouse and the KUB Nord library spaces.

The University of Copenhagen has, at present, three innovation hubs, Sund Hub, Science Hub, and Human and Legal Innovation. The new innovation centre, that has not yet been given a name, is to assist them  with general courses, events and office space for entrepreneurs.

You can read more about entrepreneurship programmes and offers at UCPH here.

According to Marius Sylvestersen, students can contact one of the three local hubs if they have a concept for a business that needs to get off the ground.

»It is not a bureaucratic process and we do not see ourselves as a screen for student entrepreneur applicants. We are open towards any student or group of students that has a start-up idea.«