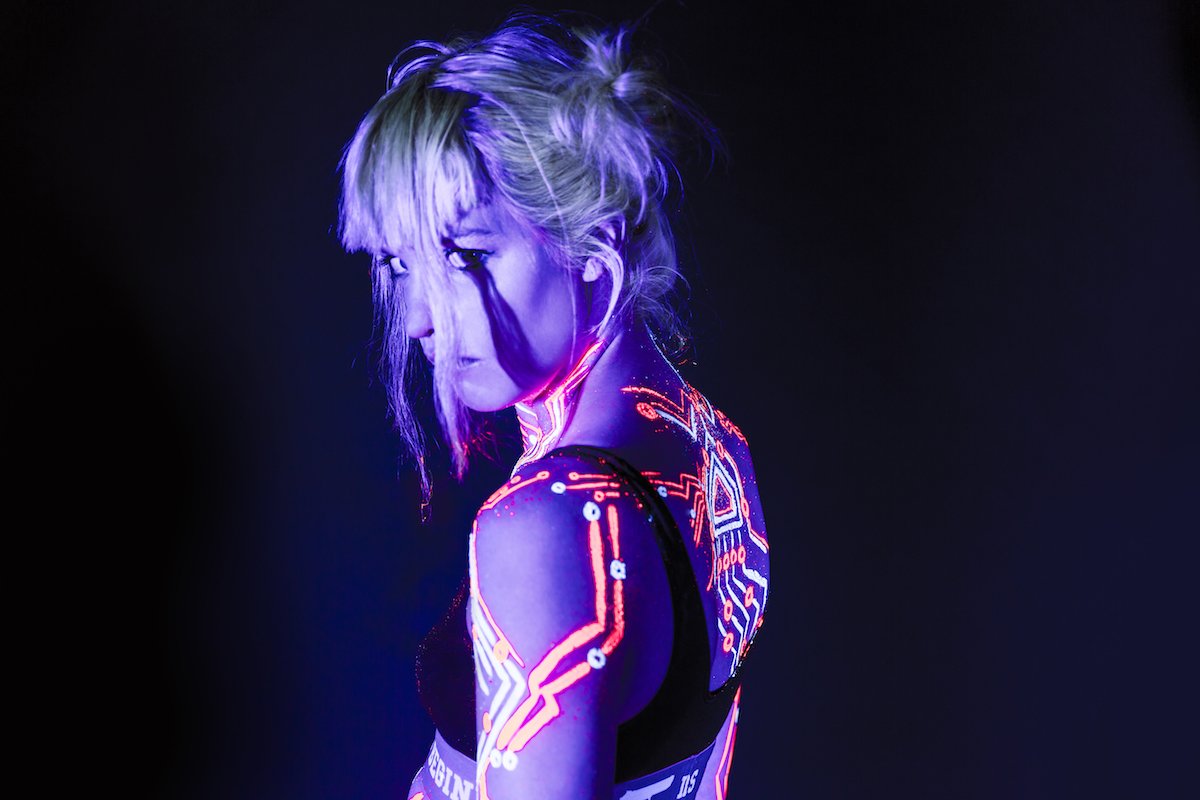 Springtime means yet another Spring Festival at the University of Copenhagen. This year, students and staff will be able to dance to Lydmor when the Universitetsparken on North Campus is converted into a festival on May 15th.

Lydmor – who is actually the 30-year-old Jenny Rossander – is known for her UV-painted body decorations and electronic sound. She has an ‘honest textual universe’, and this is one of the reasons why the Spring Festival team is happy to have her on the lineup, according to the booker Mikkel Vinther:

»Lydmor is good at focusing on the topics that are not often talk about. She talks about guilt and shame and the insecurity of being young. What you can do, and what you can’t do,« he says.

Mikkel Vinther is looking forward to seeing what Lydmor cooks up in visual terms:

»She is a fantastic artist, both in terms of sound and visuals. I expect it to be a completely different experience than a traditional rock concert because she has this particular visual identity.«

Lydmor is currently touring with the album ‘I Told You I’d Tell Them Our Story’ from 2018, but she also has new music coming up and released last December the single ‘Guilty (Kill Me)’. This summer, she is to perform at Roskilde Festival together with the Royal Danish Ballet’s independent dance company Corpus.

With the announcement of Lydmor, the Spring Festival has now published half of the musical lineup for this year’s event. It already included Barselona, Barbara Moleko and Marvelous Mosell.

This year, the Spring Festival has chosen to cut down on the number of music performances from nine to eight to provide more space for talks and more time between the concerts.

Warm up to the Spring Festival with the Lydmor performance at the GAFFA awards 2018: