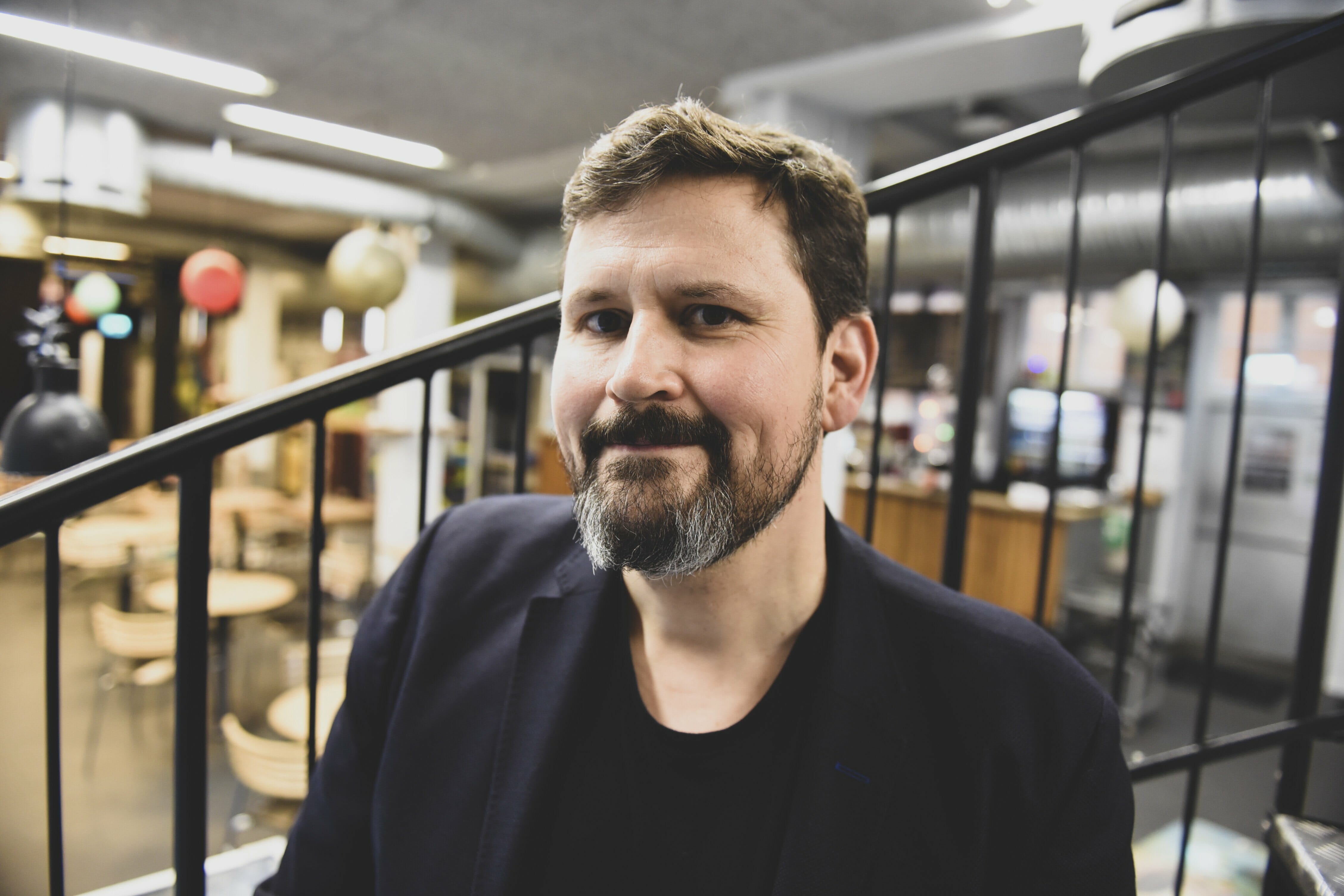 Studenterhuset — Danish students reacted when they realised the international students were going home without making Danish friends. But then the Danes forgot that the café was for the Danes too. Yet Studenterhuset director Jacob Ørum insists on bringing the two groups together. Because »you become a better human being by not only being around people who are like yourself.«

It is at one of the city’s best addresses. On the Købmagergade pedestrian street with the Rundetaarn as its closest neighbour. From the busy commercial street you enter the Studenterhuset café, where people are sitting at most of the round tables. A smiling Jacob Ørum escorts me through the café, up to a meeting room where we can talk in peace. He is the director, and it is he who speaks on behalf of the Studenterhuset. Through corridors, stairs, and rooms we end up in a room where coffee and water are already set up for us.

The Studenterhuset is known by a large number of people as the place where international students meet up. Jacob Ørum says that the Studenterhuset has, quite rightly, focussed on this target group at the University of Copenhagen, but that the house is for everyone.

Eight years ago, a survey showed that one third of the international students, regardless of the length of their stay in Denmark, went home again without having made a single Danish friend.

This figure made an impression on Jacob Ørum, he says. »In Denmark, we have a silly little language that few people understand from outside. When we are together socially in groups, you need to train to include those who don’t speak Danish.«

We want to change the world. In a small way.

The language is incomprehensible for most people travelling here, and if you spend just one semester at the University of Copenhagen, you will not necessarily be given Danish teaching.

Jacob Ørum says that people who study abroad, usually cluster together in what he calls ‘expat bubbles’:

»All the Danes I know, for example, in China, associate in groups with people from fifty different countries. In these groups, there are typically no Chinese people, because then they have that in common that they can talk about what a strange country China is. And the same applies to international students who come to Denmark,« he says.

The Studenterhuset’s small secretariat started organising activities for international students in Copenhagen that could go beyond the typical expat bubble. Now, nearly a decade later, the Studenterhuset has more than 300 volunteers from more than 40 different nationalities.

It has not been all plain sailing. How do you get Danes to understand that the Studenterhuset is for all students, at the same time as you try to get the international students to feel welcome?

The students’ own house

The Studenterhuset is independent, associated with the University of Copenhagen, and is directed by a volunteer board consisting of students.

The Studenterhuset works to engage students at the university, and in society. The association is behind initiatives like studentrefugees.dk, which helps refugees apply for study programmes, the climate project recycleindenmark.com and the law student well-being project to Pusterummet JUR.

The Studenterhuset is also one of the driving forces behind the University of Copenhagen’s annual Spring Festival.

The Studenterhuset opted to start off just communicating in English. But »we have a communication challenge,« says Jacob Ørum, »so we have actually begun to communicate in both Danish and English. There are a few events which are only in Danish, so there are things that the international students find it hard to participate in. But we have chosen to do this so that the Danish students also see this place as their place,« he says.

The Studenterhuset managed to reach this wider audience when it, in the autumn of 2019, invited the University of Copenhagen’s Katherine Richardson, Denmark’s member of the UN climate panel, and various green student organisations at university to its sustainability day.

»There was a queue for a long way down the corridor, and people were pretty much hanging out of the windows,« Jacob Ørum remembers. The event attracted upwards of 150 guests even though the largest meeting room of the building can accommodate 90.

»It was a good example of how students – including Danish students – also want to engage with society. Sustainability and the SDG’s have therefore become our next core areas,« says Jacob Ørum.

The Studenterhuset, which calls itself ‘the students’ house for activities, parties and ideas’, has 250-300,000 annual visitors – almost as many as Rosenborg Castle in the city centre. This is probably also due to the Studenterhuset’s 100 weekly opening hours, which include reading spaces, a café and a wide range of offerings.

»We try to organise activities based on the fact that people encounter each other across nationalities, and across study programmes,« says Jacob Ørum. There is, for example, a quiz every Monday, swing dancing Tuesday evening and a people’s kitchen on Wednesdays. Friday is party day. The first Sunday of every month there is a flea market, and the place is jam-packed. 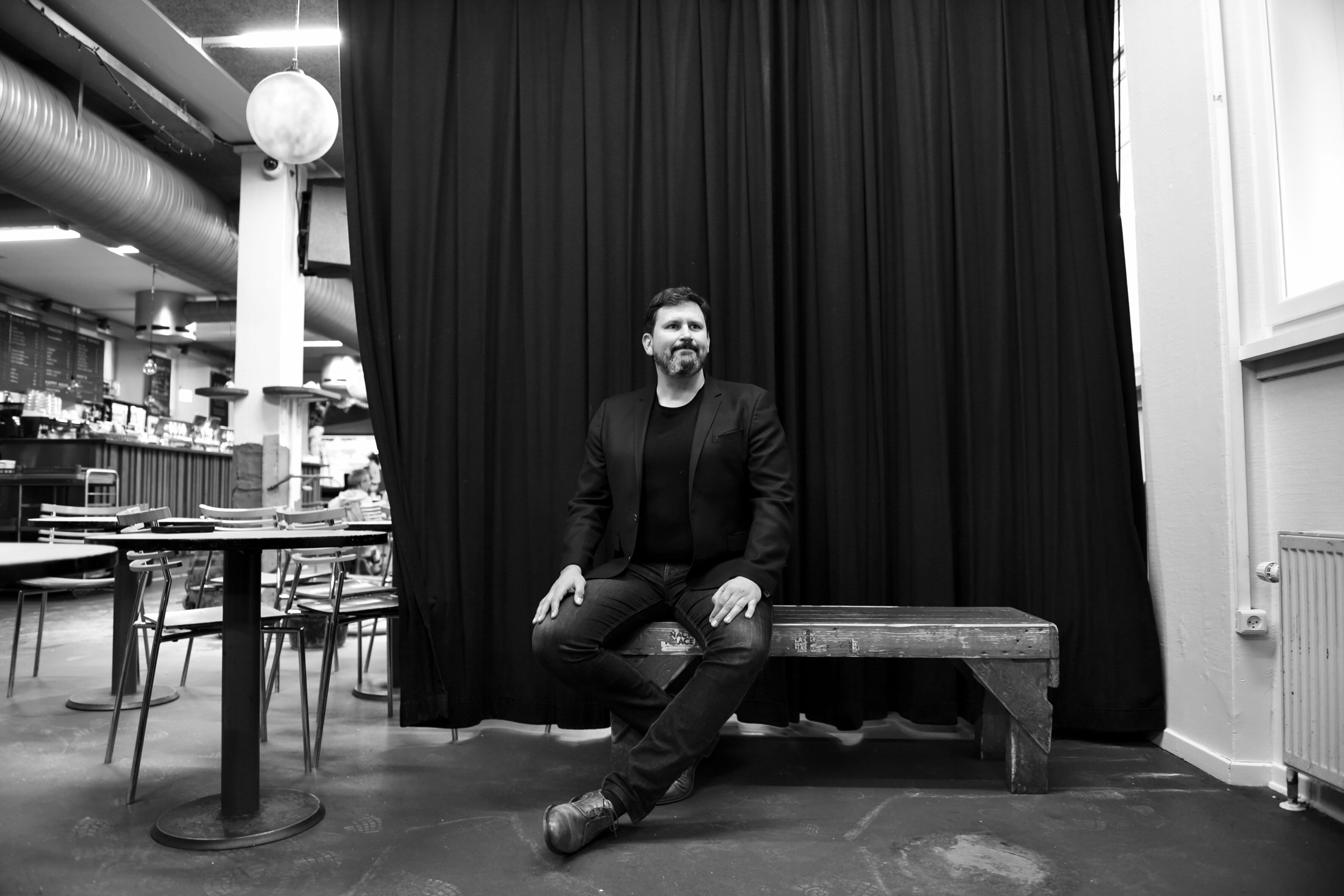 All activities work from the same premise: They offer students the opportunity to meet new people, because the loneliness of young people is a problem that is now at boiling point, according to Jacob Ørum:

»We try to promote the meeting up of new people, because the university is so huge. And it’s incredibly easy to get lonely.«

In Roskilde there were ‘no lonely people’

Jacob worked with loneliness among young people as head of secretariat in the volunteer group when the organisation grew from being local to national in the late 1990s.

Over the past decade, multiple negative reports focussing on the loneliness of young people has broken the taboo, and today the problem has finally reached the Danish parliament buildings where the Ministry of Higher Education and Science has now earmarked DKK 25 million to the study programmes’ efforts to enhance students’ well-being. Not least because poor well-being means that students drop out.

Back in the 1990s, Jacob Ørum called the town of Roskilde’s municipal authorities to tell them that they were considering setting up a meeting place for lonely young people in Roskilde. The answer was: I don’t think we have any here, Jacob Ørum remembers.

Ørum and his friends stood their ground however, and they ended up partnering with the local authority on the project. However, there is a big difference between the Ventilen’s target group and that of the Studenterhuset, according to Jacob Ørum:

»The Ventilen works with people who are aware that they need help. Here, in the Studenterhuset, we to a far greater extent use prevention as our contribution to a diverse university.«

We would like to be the good karma of the University of Copenhagen.

This diversity is obvious when you skim the Studenterhuset programme which, in Jacob Ørum’s own words, is ‘eclectic’. He says that the Studenterhuset is the only ‘campus neutral’ place at the University of Copenhagen, where you can meet people who are different from you, and he sees this as an advantage:

»I personally believe that you become a better student, employee, and, at one point, a better person from not just dealing with people who are identical to yourself. I believe that it is a good thing to meet someone who has another academic outlook, and another worldview,« he says.

This is his own experience: »I studied law, and you quickly get into legal practice with this. I did not finish the programme. I have my education from Copenhagen Business School , but I have also studied economics. As soon as you are admitted to university, you hurry to find an academic identity. Then three months pass, and you can barely talk to those who you went to secondary school with, or who are doing something else.«

Being small at the huge University of Copenhagen

We talk about how many of this year’s just-started students may find themselves in the middle of their search for an academic identity. And how you can feel alone in the crowd as you struggle to digest the aftermath of the intro course.

The Studenterhuset works from the precept that you not only study a subject when studying at the University of Copenhagen. You are part of a community, and our community centre on Købmagergade street would like to help.

Jacob answers: »We would like to be the good karma of UCPH. It’s a fun job, because we want to change the world. In a small way. We would like to help ensure that all the students are happy and productive, that they get a job at the other end, and become happy people«.