Noujin is the first refugee on a UCPH intern scheme 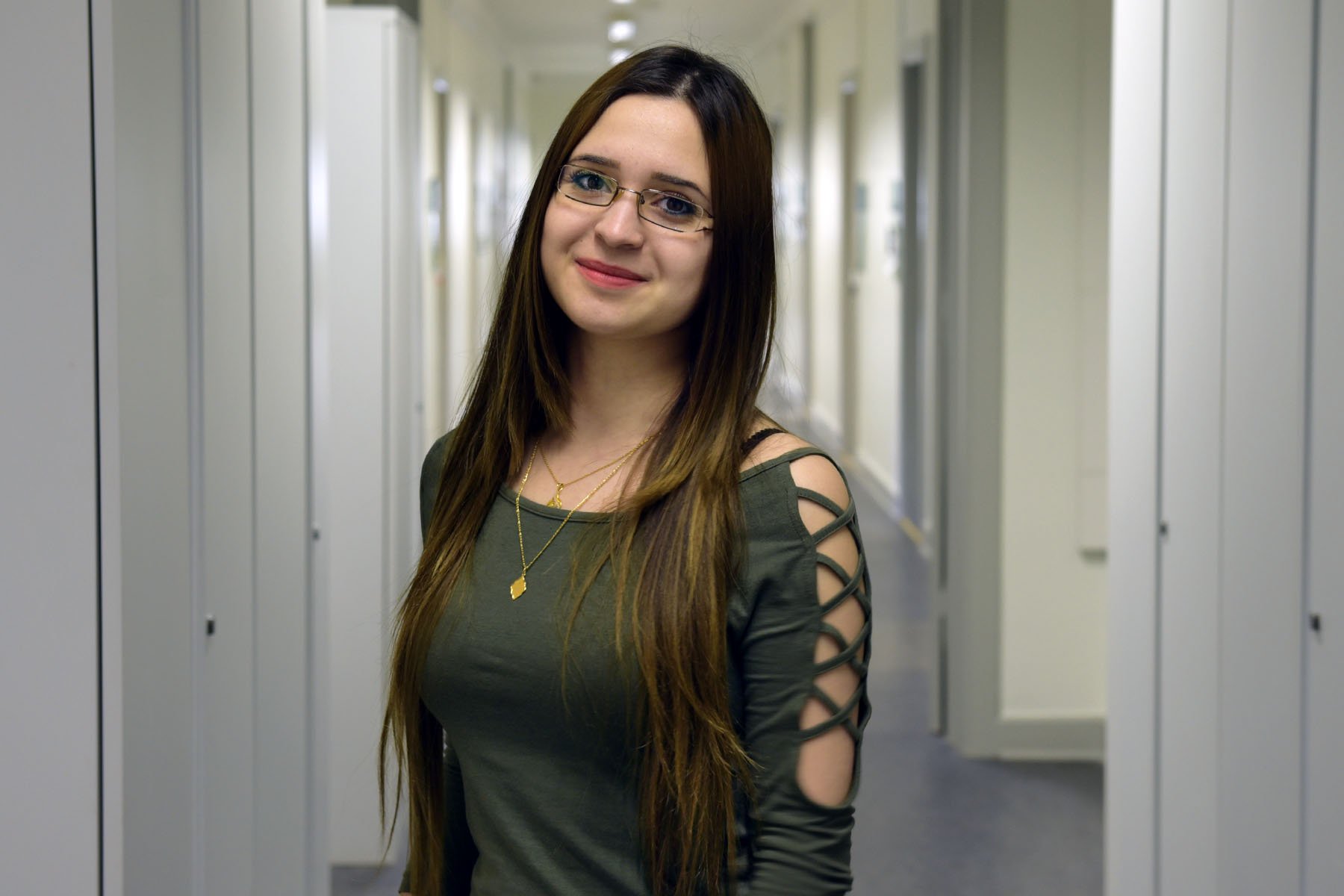 Integration — The University of Copenhagen is to help 10-15 refugees gain a foothold in the labour market. Noujin Khalil Mamao, who is from Syria, is the first to start a two-year education internship programme.

24-year-old Noujin, a Kurd from Syria, opens the door and welcomes me into her office at the Department of Anthropology in the old municipal hospital buildings at CSS.

A colleague sticks her head in and tells her that she is off to a meeting.

Noujin is doing office work and accounts at the secretariat, and is happy for her new life and for being in safety.

Learning Danish in the workplace

She has been on a so-called IGU process since July, a basic integration course to qualify refugees, and those entering the country via family reunification, for the Danish labour market.

Fortunately, I have lovely colleagues, who take their time explaining things in Danish until I understand.

It takes two years, combining internship and school, so she goes to the language school three hours several days a week and is for the rest of her time at the department.

“It’s the best way to learn Danish, because in language school I learn the grammar, and at work I learn how people talk together in a workplace. Fortunately, I have lovely colleagues, who take their time explaining things in Danish until I understand,” says Noujin Khalil Mamao.

Was studying to be an engineer in Aleppo

She explains that she fled from Syria’s largest city Aleppo, which had 2.5 million inhabitants before the civil war.

The losers were the civilian population that lived under intolerable conditions in the sieged part of the city.

Noujin Khalil Mamao says openly and proudly that she is a Kurd. When she lived in Syria, this was prohibited, and Kurds were not allowed to speak their mother tongue.

Before she came to Denmark, she worked for four years as an office employee in a large company in Erbil in the Kurdish Autonomous Region of Northern Iraq, and she also studied engineering for two years at the University of Aleppo.

She hopes to find an office job in Denmark or have the opportunity to complete her studies.

More refugees on their way to UCPH internship

Vivian Tos Lindgaard is head of the International Staff Mobility division at the University of Copenhagen and responsible for the IGU process. She says they are finding suitable internships for more refugees.

They collaborate with the municipality’s job centres in finding the right match, and several departments at the university have shown an interest.

“There are some barriers, as many of them speak very little Danish. But there may be some of them, who were in the midst of an education, or who have a longer education from their homeland,” she says.

According to Vivian Tos Lindgaard, administrative or technical positions are the most realistic options for the refugees.

“Unfortunately there will not likely be a top scientist who we will be able to employ on the usual terms, as IGU is an offer for refugees who cannot find employment on a regular basis. But there could be space for, say, a laboratory technician,” she says.

She adds that you don’t get a refugee in an education internship because you need a set of extra hands at the office or in the lab.

“A refugee in IGU cannot take over an available job function. It requires extra resources, as colleagues need to be prepared to help them and spend extra time explaining things to them in Danish,” says Vivian Tos Lindgaard.