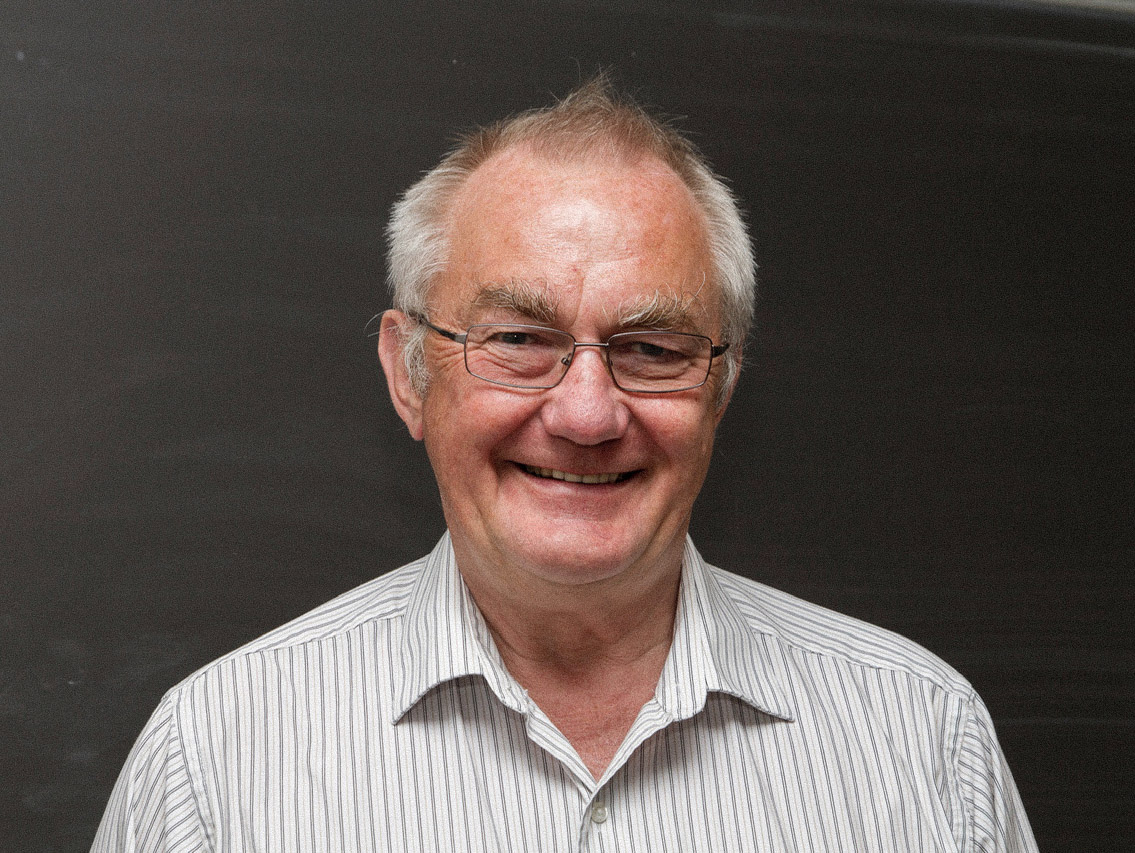 Names — As head of department Erik Kjær Pedersen, worked tirelessly for the mathematics community in Copenhagen. In this tribute, a professor and close collaborator writes that his efforts will be of permanent benefit to researchers and students.

From the moment Erik Kjær Pedersen became head of the Department of Mathematical Sciences, and as long as he had this assignment, he lived and breathed to make the department better in every conceivable sense. His commitment was so boundless that it sent him to hospital when the department’s existence was threatened in 2014 in connection with (the later dropped) merger plans. Erik, and all the staff, considered the plans ruinous.

It is noteworthy that Erik was so generous with his love for a department that, when he started off as head, was a little bit self-satisfied and a little bit at odds with itself.

He had started his own study of mathematics at Aarhus University and continued with a PhD at the University of Chicago. His career was exclusively outside Copenhagen with positions at Odense University (now Southern Denmark) and SUNY Binghamton in the US. He was not, therefore, closely associated to the Copenhagen mathematics scene. For a long time after he had taken on management responsibility, he would still get lost in the department’s only slightly labyrinthine corridors

His involvement, of course, was a reflection of his passion for the subject and its practitioners. But it is reasonable to assume that Erik also saw a potential. And that from the very first day he was devoted to the department as it could be, not just as it was.

If you think about it, it was courageous of the former dean Nils O. Andersen to choose Erik as head of department. Erik was an internationally recognised researcher and had department head experience from both Odense and Binghamton. But he was self-taught as a manager and had extremely strong opinions about the sanctity of international academic virtues. And this was not always in line with the governing legislation of 2007.

Nils O. Andersen and his successor can be excused for once in a while wishing they had a slightly less principled head of department at the helm, but the results were not long in coming.

Nils O. Andersen and his successor can be excused for once in a while wishing they had a slightly less principled head of department at the helm, but the results were not long in coming. Over the course of a short period of years, Erik pulled his department together and strengthened it with some spectacular new appointments, which meant that mathematics at UCPH went through a period of explosive growth on all parameters.

Grants and revenues multiplied (actually 5-doubled), and a good number of PhD students and postdocs turned up that helped foster a vibrant international academic community. Student numbers, applications to the department’s study programmes, and the requisite grade point averages, all rose significantly.

Erik Kjær Pedersen 1946-2020 was professor and head of department at the Department of Mathematical Sciences 2007-2016. He died after prolonged illness at a Florida hospital on 24 May.

Erik put his soul into what he saw as the department head’s most important assignment: to recruit and retain the right mathematicians to sustain the department’s research and teaching. He had applied for, and accepted, the job, despite what he saw as two serious faults in the Danish model: He was not able to offer permanent employment in the sense of ‘tenure’ in the US tradition. And that there were so few professorships that if you were an associate professor, you were not immediately expected to make it to full professor, no matter how driven and talented you were.

Even though this tenure mindset still has some way to go, he got to see how these viewpoints about professorships – controversial when they came to Copenhagen – now have a foothold in university management.

According to his analysis, the lack of job security and the lack of a promotion programme made it harder to attract the best Danish and international mathematicians, and poisoned the working environment and community. Erik tried to make the university’s political system aware of the issue. And even though this tenure mindset still has some way to go, he was able to see how the views about professorships – controversial when they came to Copenhagen – now have a foothold in university management.

Erik was not the type of person who just sat around waiting for his arguments to be heard higher up in the system, and so he found a shorter pathway to fulfil his ambitions. Mathematics is a subject area that is so international in its nature that all appointments are in direct competition with strong universities throughout the world. The dean gave him the option of increasing the number of professorships at the department, so long as he himself was able to find the money for them. And so Erik proved again and again that the relatively modest investment in financing a promotion would foster multiple returns, as the newly appointed professors attracted new research funding.

He could not, of course, set up tenure in a Danish labour market based on the flexicurity model. But he explicitly committed himself to those he recruited to behave “as if” there was actual tenure at his department. For this purpose, Erik implemented a cautious and long-term financial policy that would allow the department to face funding cuts, or worse. To this date, the Department of Mathematical Sciences has never laid off a member of staff for financial reasons.

It was typical for Erik, that he was able to turn the system’s errors to his and the department’s advantage: he was able to re-attract strong Danish researchers from abroad that Danish mathematics had not previously been able to hold on to.

Headstrong and a listener

Erik was, of course, also deeply involved in the department’s seven bachelor’s and master’s degree programmes. He was at the end of the table when agreement had to be reached on a new bachelor’s degree curriculum. This was after he realised that the old curriculum was an example of too many cooks spoiling the broth. He was a warm supporter of the principle that all the department’s academic staff should make a significant contribution to teaching. And after a couple of years, when he was confident that he had set the department off in a good direction, he took on the considerable task of offering supportive teaching to the biology programme.This was even though this was certainly not part of his job description.

In spite of Erik’s caution in terms of long-term financial commitments, he did not shy away from one-time extravagances if he found them necessary to achieve his goals.

When the faculty’s study administration wanted to stop implementing a slightly complicated line choice which was an integrated component of the mathematics degree programme, Erik even chose to pay for a half job position there to keep the curriculum as it was. The department could afford it, but Erik never quite reconciled himself to this expense item, which he saw as symptomatic of a system that placed more weight on administrative than academic considerations. Internally, he referred to it as an extortive ‘rubber-stamp fine’ from the faculty to the department.In spite of Erik’s caution in terms of long-term financial commitments, he did not shy away from one-time extravagances if he found them necessary to achieve his goals. To mark the achievements of the community, the department picnic was one year held at a Michelin-starred restaurant. And to bring all employees together at an expanded department in the same building, Erik paid, for a number of years, the lease of rooms for a neighbouring department.

Erik could talk to everyone, regardless of whether they were politicians, prominent visiting mathematicians, a (rare!) delegation of unhappy students, or the cleaners who took care of his office. He was interested in all aspects of the people he was responsible for, and he spent much of his time questioning staff and students about whether they had the right tools and set-up for carrying out their work. He was deeply skeptical about basing decisions about human beings based entirely on quantitative data. Instead he worked to strengthen the department’s reputation in the international mathematics milieu, among the students who were taught at the department, and among the companies that were considering recruiting one of its graduates.

For each time he used the authority that came from his powerful voice and almost military stature to force through a decision or point of view, there were probably ten times where he asked himself and others whether this was the best way forward.

By reflecting upon himself, and by insisting on listening to everyone else’s assessment, Erik regularly challenged his own assessments, and spurred on his colleagues. For each time he used the authority that came from his powerful voice and almost military stature to force through a decision or point of view, there were probably ten times where he asked himself and others whether this was the best way forward.

Erik Kjær Pedersen was good at celebrating his successes, but not for resting on his laurels. And like any other good university manager, he never lost sight of the fact that he would be nothing without his academic or technical and administrative staff. We should nevertheless assume that he enjoyed his far-too-short retirement. He would have known how well-liked and admired that he was. And he would have known how much the mathematics community at UCPH owes him for setting up a beacon of inspiration that will shine for a long time after Erik’s own light has gone out.

READ ALSO: Obituary on the Department of Mathematical Sciences website