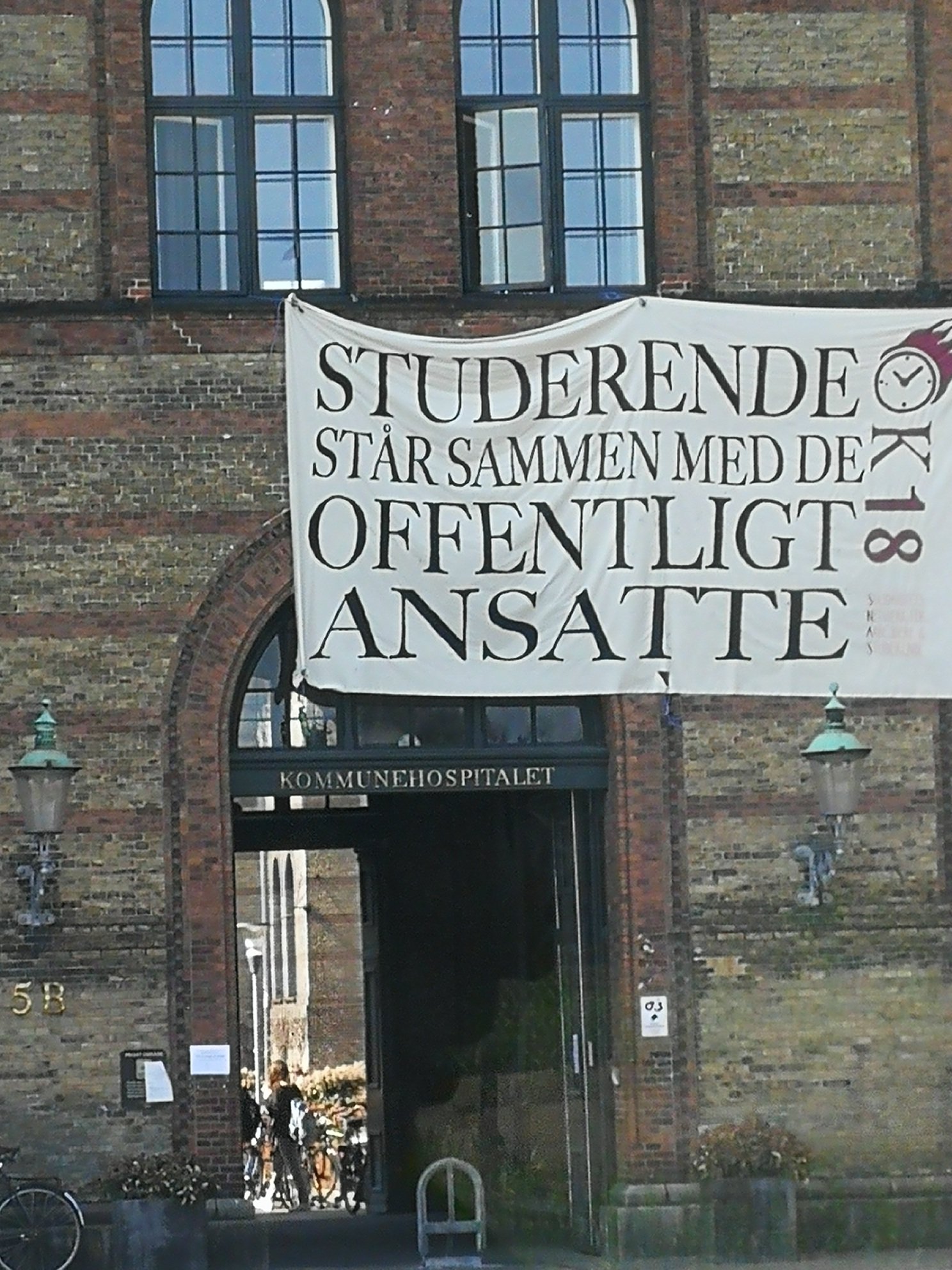 GODER - After students from UCPH supported employees' fight, graduates get something from the deal between unions and government
image: Gry Gaihede

OK18 — Better pensions for PhD students and paid holidays for graduates are some of the results included in the academic agreement.

Apart from the much-talked-about 8.1 percent pay rise and the agreement that public employees  , the collective agreement for academics has some titbits for graduates, PhD’s and hourly-paid employees at universities.

“I am very proud that we were able to achieve some really good agreements in the university area. It is a huge victory for us that we have been able to increase the pensions of PhD students to a significantly higher level. This is something that we in DM – the Danish Association of Masters and PhDs – have fought for since 2002, says DM chairman Camilla Gregersen, according to an e-mail from the union.

The Danish Association of Masters and PhDs (DM) has about 50,000 members, of which about 30 per cent are students, according to Wikipedia. 10,000 of the members work at research and educational institutions, a large part of them at the University of Copenhagen.

Holidays right from the start

The collective agreement also means that new graduates, just starting in jobs, will receive five days’ paid leave in their first year of work, “provided the employee do not get money from a holiday account from a previous full-time employment”. As it is today, newly educated graduates on the labour market have to wait up to 16 months to get paid holidays, because the holiday year is phased later than the year when you earn your holiday money.

This is not a huge concession however, as parliament approved legislation on 25th January this year, which from 2020 solves the problem of staggered holidays. At this time, the agreement on the five holiday days will no longer be relevant.

OK18 also paves the way for a collective agreement for hourly-paid instructors, who for many years have had poorer norms for preparation and bad career prospects. Universities are under financial pressure, but this should not hit the staff.

The parties to the agreement have also agreed that the hourly-paid instructors at the university must have a collective agreement. Today, their salaries and working conditions are determined by a circular from the Ministry of Finance, not a regular agreement, and their working conditions are much worse than that of permanently-hired staff. This is even though they in practice – at least at the University of Copenhagen – do much of the same work.

Future negotiations will show how much the hourly-paid earners’ salary improves after the collective agreement, but DM calls it a ‘milestone’:

“OK18 also paves the way for a collective agreement for hourly-paid instructors, who for many years have had poorer norms for preparation and bad career prospects. Universities are under financial pressure, but this should not hit the staff. It is therefore an important milestone that we have now agreed that there should be talks on how to cover the hourly-paid instructors and that they will in this way get much better working conditions”, says Camilla Gregersen, in DM’s written statement.

The collectively bargained coverage of the hourly-paid instructors may not cost the state extra however, according to the OK18 agreement.

Finally, according to the new agreement, the basic salary for new graduates on the lowest salary scales will increase. This is to “support the labour market of the future and promote the employment of bachelor’s degree holders”, according to the agreement text. The basic salary step 1 is to be increased to DKK 261,000 with step 2 up to DKK 272,000.