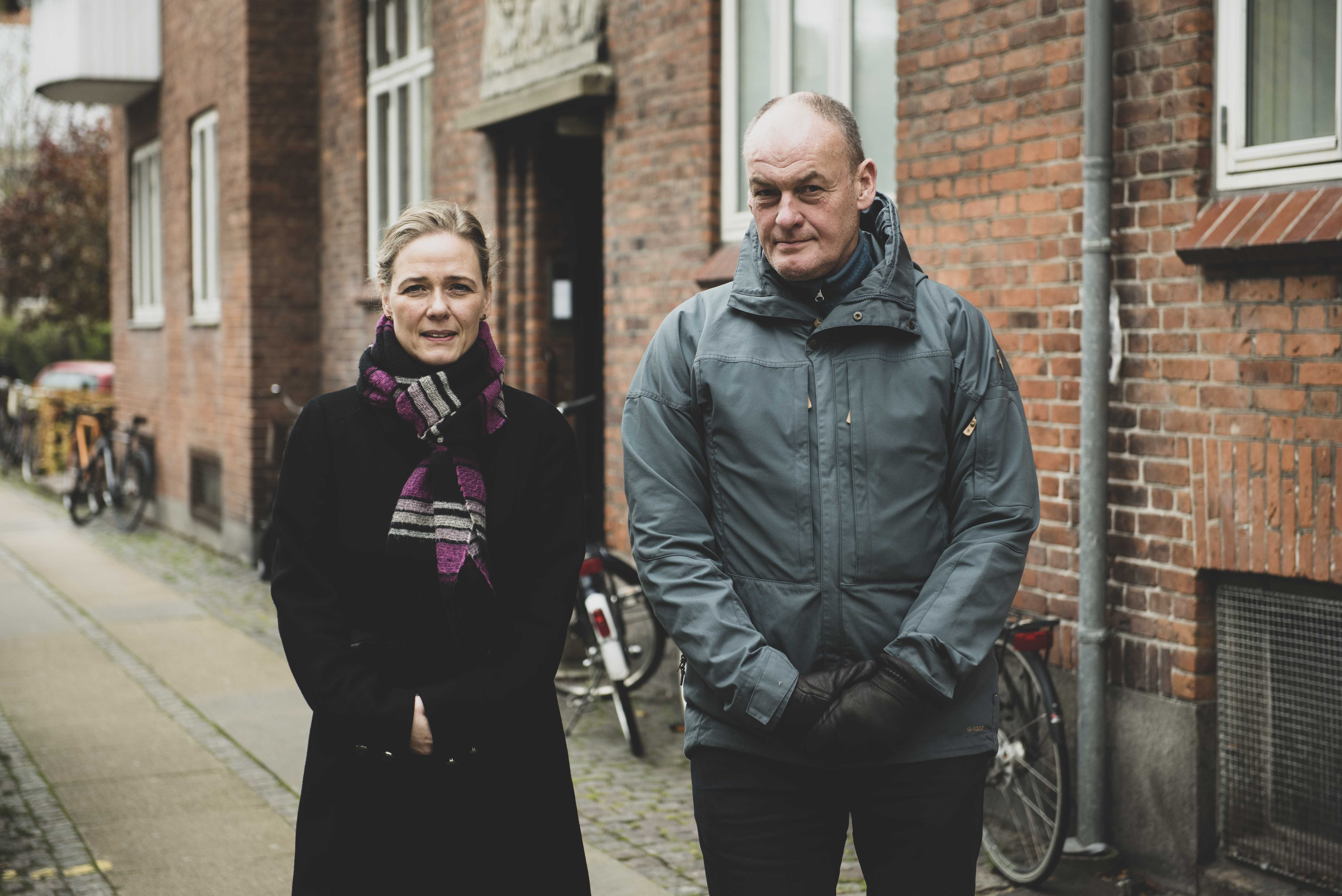 CANDIDATES FOR THE BOARD — Olaf Nielsen and Annette Lassen represent different subject areas, but they share the same gloomy conclusion about decision-making at the University of Copenhagen: A myopic focus on economy and a disregard for the issues concerning the average researcher has placed academia under pressure.

Olaf Nielsen and Annette Lassen are from opposite corners of the University of Copenhagen with different scholarly traditions. Nielsen is a professor at the Department of Biology, while Lassen is an associate professor at Department of Nordic Studies and Linguistics.

As different as they are, they have one important thing in common: They have both witnessed the consequences of cutbacks and attempts at efficiency improvements at the university over the last few years.

Olaf Nielsen was among the group of researchers who publicly criticized the attempt to consolidate the Department of Biology with the Natural History Museum of Denmark. The debacle ended when the board stepped siding with the staff who complained they had not been consulted in the decision-making process.

One, two, three rounds of layoffs

Over the course of the last decade, Annette Lassen has witnessed a total of three rounds of layoffs at the Faculty of Humanities, where students are currently occupying the administration in protest against consolidations of degree programmes.

»I see that as a strength. Those two spots on the board shouldn’t just represent one faculty at the university,« says Annette Lassen.

The problems at the university are of a universal nature.

»It’s also a testament to the fact that the problems at the university are of a universal nature and not limited to one faculty or the other,« adds Olaf Nielsen.

Olaf Nielsen says that the aforementioned attempt at consolidating the Department of Biology with the Natural History Museum of Denmark is what initially sparked his political ambition. It became apparent to him that there was a large gap between the administration and the researchers at the university.

It is a problem in general, he says.

He mentions a former colleague, a renowned researcher, who applied for a position as department head at the University of Copenhagen, and was offered the job on the condition that he would limit his own research. The researcher declined and the offer went to someone else.

»He has since told his story to colleagues in the field abroad who all agree that it is a ludicrous demand,« says Olaf Nielsen.

»It just enforces a culture of cost-benefit leadership. With researchers in leadership roles the average researcher has his or her back covered in terms of their work. The current style of leadership and administration solely focusses on how many students the individual researcher has and how big of a profit his or her work brings in.«

According to Annette Lassen the cost-benefit style of leadership and the myopic focus on boosting the number of research publications for which the university is awarded more funding is the result of former Minister of Science Helge Sanders so-called ‘from research to invoice’-doctrine and the 2003 University Act.

According to the associate professor, the university is so mired in this way of thinking that diversity is ignored in favour of the financial bottom line.

But the goal is not always about profit, says Annette Lassen.

»It’s very important that the university house all manner of degree programmes no matter their economic feasibility. Take for instance a subject like Latin which in Denmark is a very small field. However, in an international scope it’s absurd to label as a minor field. If we don’t have any Latin scholars, we’re cutting ourselves off from understanding the early history of Denmark.«

We have to act as a bulwark against stupidity in society.

She criticizes the emphasis on publications and the competitive struggle for funding it engenders.

At the same time, it is a detriment to critical thinking and academic freedom when researchers, especially younger researchers, are hired on temporary basis with external funding. It can also inhibit innovative research.

As an example, Annette Lassen mentions penicillin which was discovered by accident, because the researcher had time to pause his work and ask, »what’s going on in this Petri dish?«

»I’m not sure that crucial time for immersion in your research is available to researchers today. Researchers don’t have time to follow unexpected leads in their work.«

Olaf Nielsen sees the development in recent years as being inextricably linked to cutbacks that have not just cut costs to the bone, »but into the bone itself«.

At the same time, researchers spend for too much time on administrative tasks that used to be handled by secretaries. He mentions RejsUd, which according to the professor is a not particularly user-friendly system that university staff must log travel expenses in.

»One of my colleagues hit the nail on the head: The university is no longer a place for research and education. It’s become a science hotel. Or rather a motel, because the service is terrible,« says Olaf Nielsen.

»If you’re successful and attract a lot of students and funding, you can get a desk in your office, but you have to pay for it with external funding and you have to complete a lot of administrative tasks. Afterwards you can do your own research if time permits.«

If elected to the board Annette Lassen and Olaf Nielsen want to encourage politicians to stop further cutbacks, include researchers in decision-making, and combat the utilitarian short-sightedness that is threatening academic diversity.

The two researchers want the board to stress to the deans that they have to appoint department heads with strong research profiles. In other words, heads who are not just competent managers but also understand what the average researcher is working with.

In front of the Faculty of Health and Medical Sciences there’s a money bin like Uncle Scrooge’s.

At the same time, they both want the board to take a more active role and speak up when the University Act is violated. Olaf Nielsen is of the opinion that the board should have stepped in early in the matter of the BIO-SNM consolidation and not have waited until the ministry took action.

»They just didn’t care, when 137 researchers from the department protested the decision. It goes to show they’re not in touch with the staff,« says Olaf Nielsen.

The professor adds that work on the coming budget model will be an important task for the board.

He does not know enough about the specifics of the model to pass judgement on it, but if the core idea is to redistribute funding from faculties that are well-supported by external funding – and in most cases only rely on university funding to cover added costs – and faculties who are struggling economically, he is positively inclined towards it.

»In front of the Faculty of Health and Medical Sciences there’s a money bin like Uncle Scrooge’s with tunnels leading out to one centre after another. Maybe they’ve had their share?« he says.

»I’m not the judge of what goes on at Health and Medical Sciences, but when funding is lacking in other areas, it’s the board’s responsibility to protect those faculties who are less fortunate. The university’s fate shouldn’t be dictated by whoever attracts the most outside funding.«

»Hopefully more funds will be allocated to the university as a whole once external funding is taxed.«

But isn’t it tempting for the administration to accept large sums of external funding when the institution has been affected by government cutbacks?

»It’s definitely a very complicated issue, and I don’t envy anyone having to operate with all these cutbacks,« says Annette Lassen.

»But at the same time, the university administration should always prioritize research and education, in any case more so than they’re currently doing, for the benefit of the students and the university as a whole. That is our raison d’être as a university. We have to act as a bulwark against stupidity in society.«