Photo story: Scientists and students have been sent home, but the university is abuzz 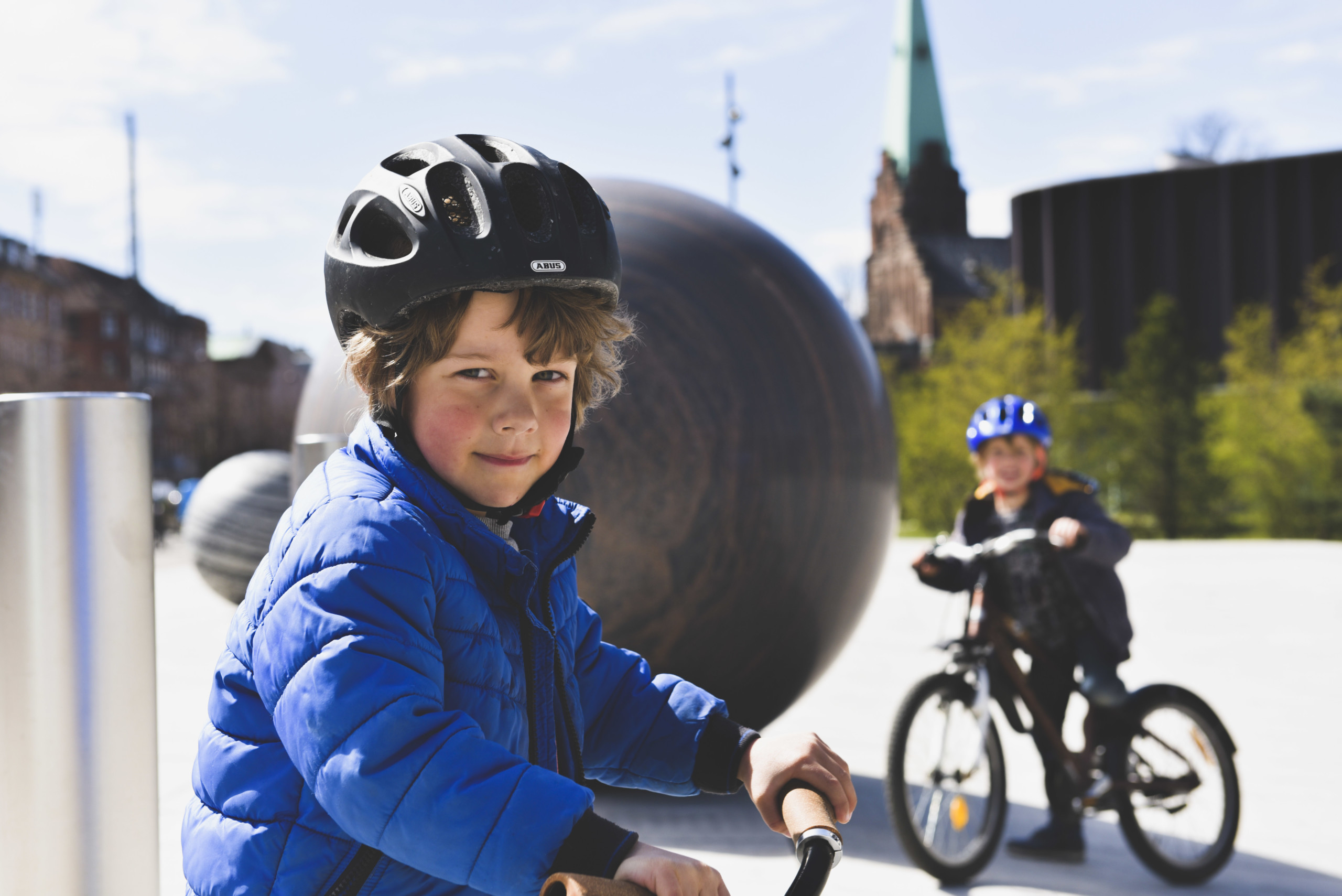 The university folks have all gone home, and the family folks have taken over campus.
image: Rasmus Friis/Uniavisen

Children on scooters and bikes; teenagers; and older people out on their walks. They are all filling out the open void that is the University of Copenhagen after students and staff have been sent home. The University Post visited the university's squares and parks during the Danish quarantine.

There are no students or staff in sight at the University of Copenhagen at the moment. And if you look through the windows, you only see abandoned rooms.

But this does not mean that the campus spaces are completely devoid of life after the coronavirus has spread to the rest of Danish society. Outside the buildings, in parks and in squares, a new kind of activity has emerged, as people who have nothing to do with the university nevertheless spend part of both their weekdays and weekends on campus. Children who ride on bikes or scooters, young people skating, parents strolling with prams.

Here two schoolboys, Georg in black and Casper in red, take advantage of the hilly Teletubby landscape to do some tricks on their scooters. They started coming to the square two weeks ago because their own school and youth centre had closed down. And, as they say, »there’s plenty of room here.« 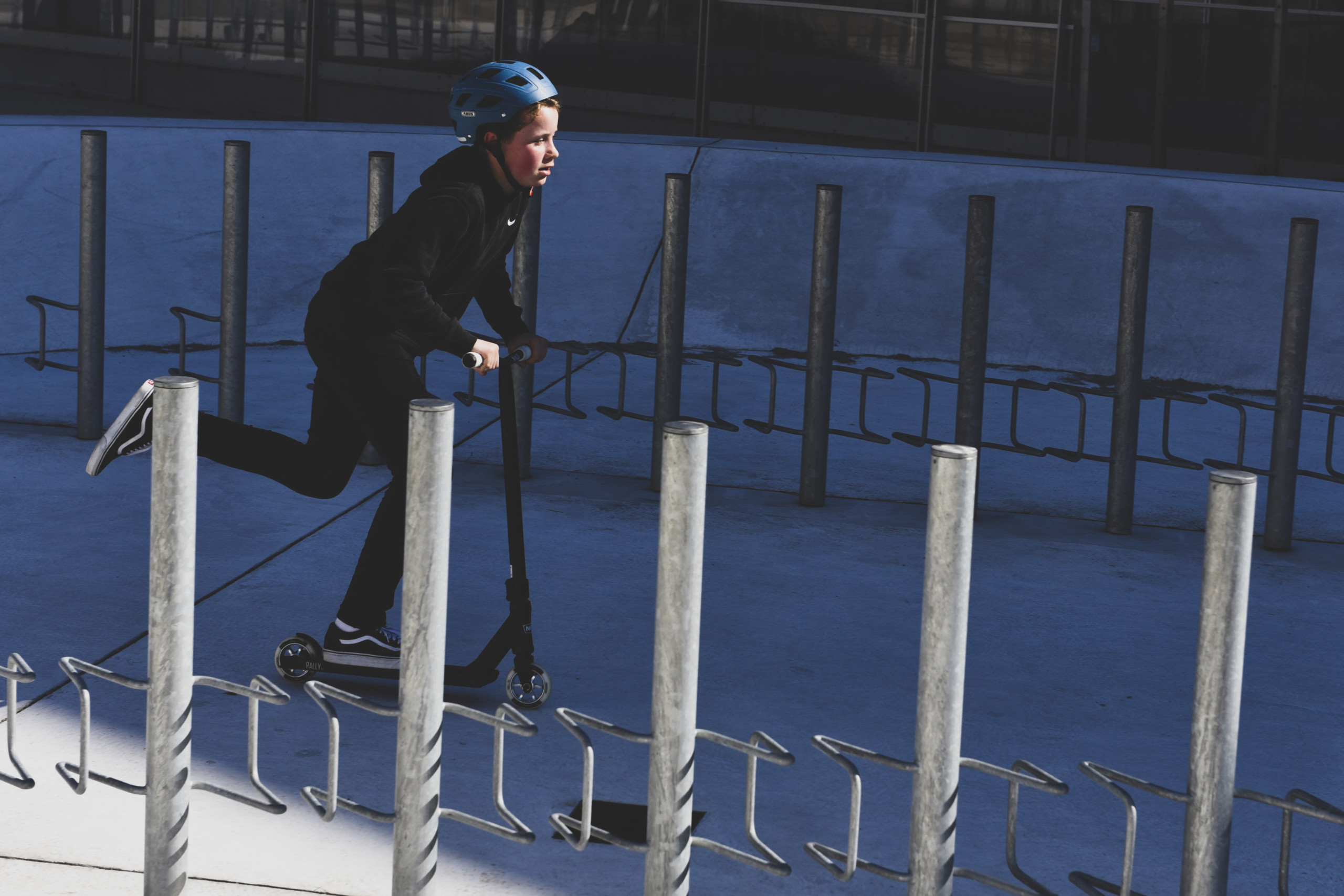 In the square in front of the Maersk Tower, two brothers have taken out their bikes, and now they whiz up and down the tiled slopes while they bask in the attention of the weird photographer.

»Mind you don’t fall,« their father shouts from a bench as youthful exuberance is about to get the better of them. 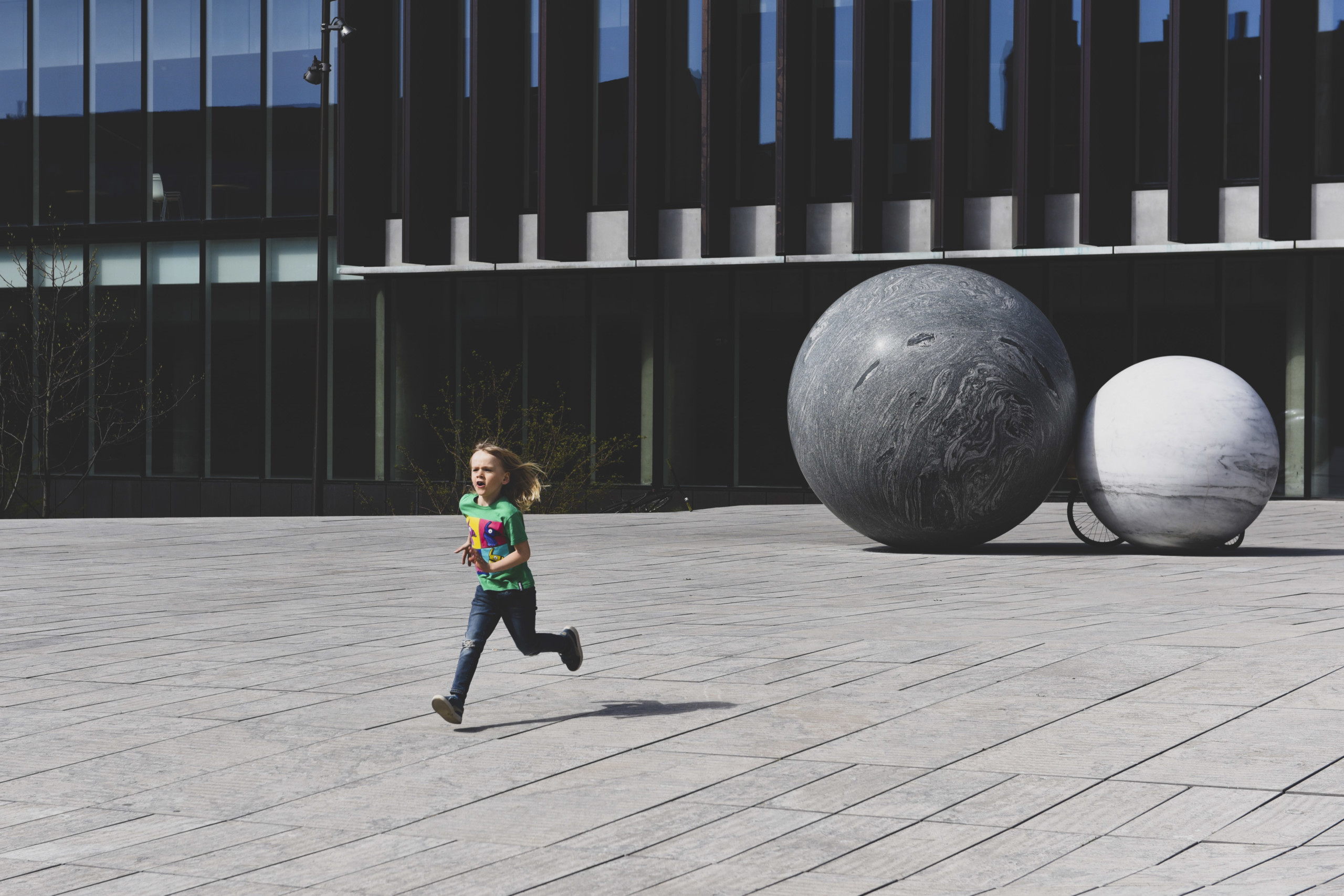 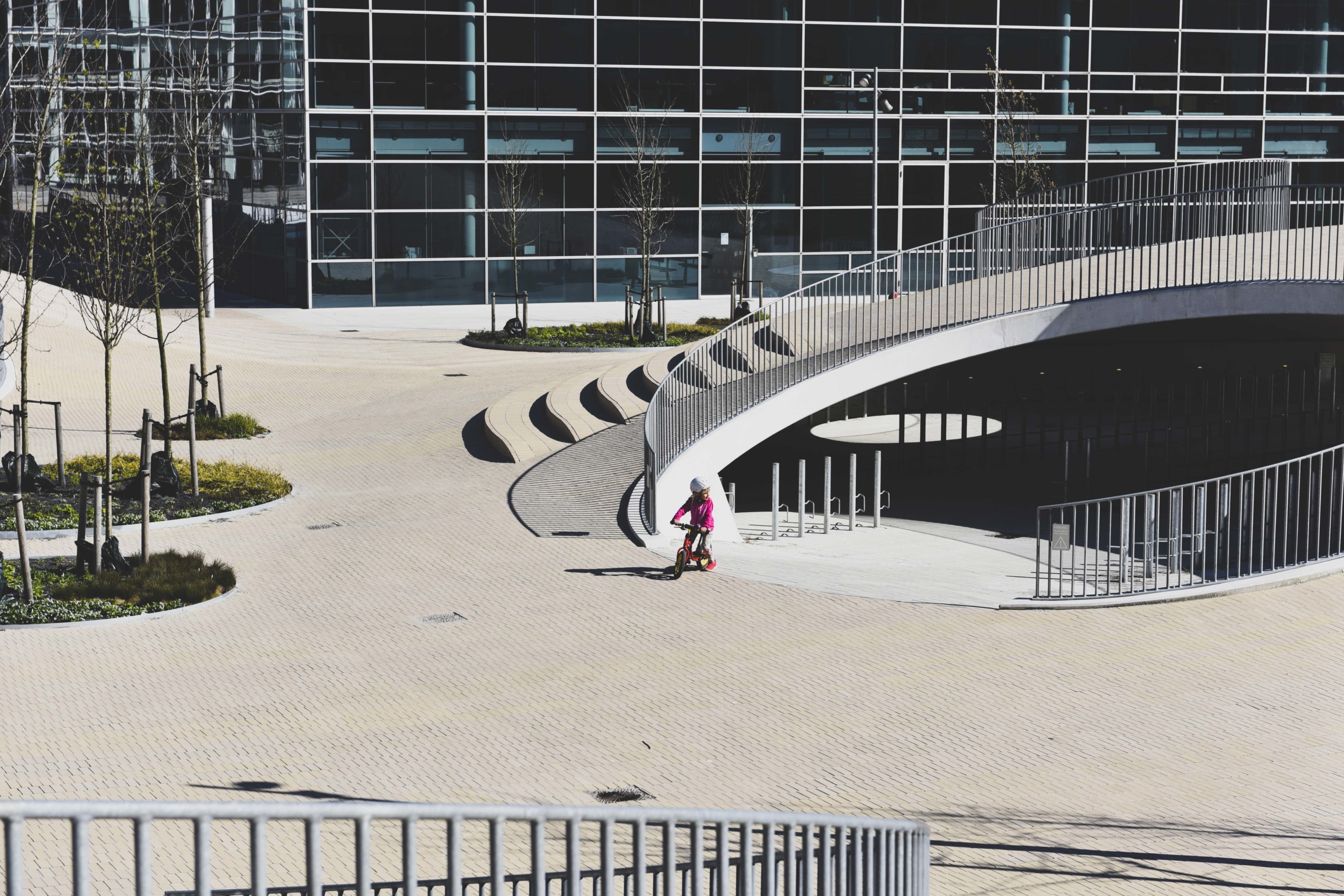 In the gardens Landbohøjskolens Have on Frederiksberg Campus it looks like many Copenhageners – some strolling with walking sticks, others carrying textbooks – are using the park with the picturesque flora as a retreat while the rest of Denmark has been shut down with corona. Families, friends and older couples are making sure that there is just as much activity as on normal weekdays. 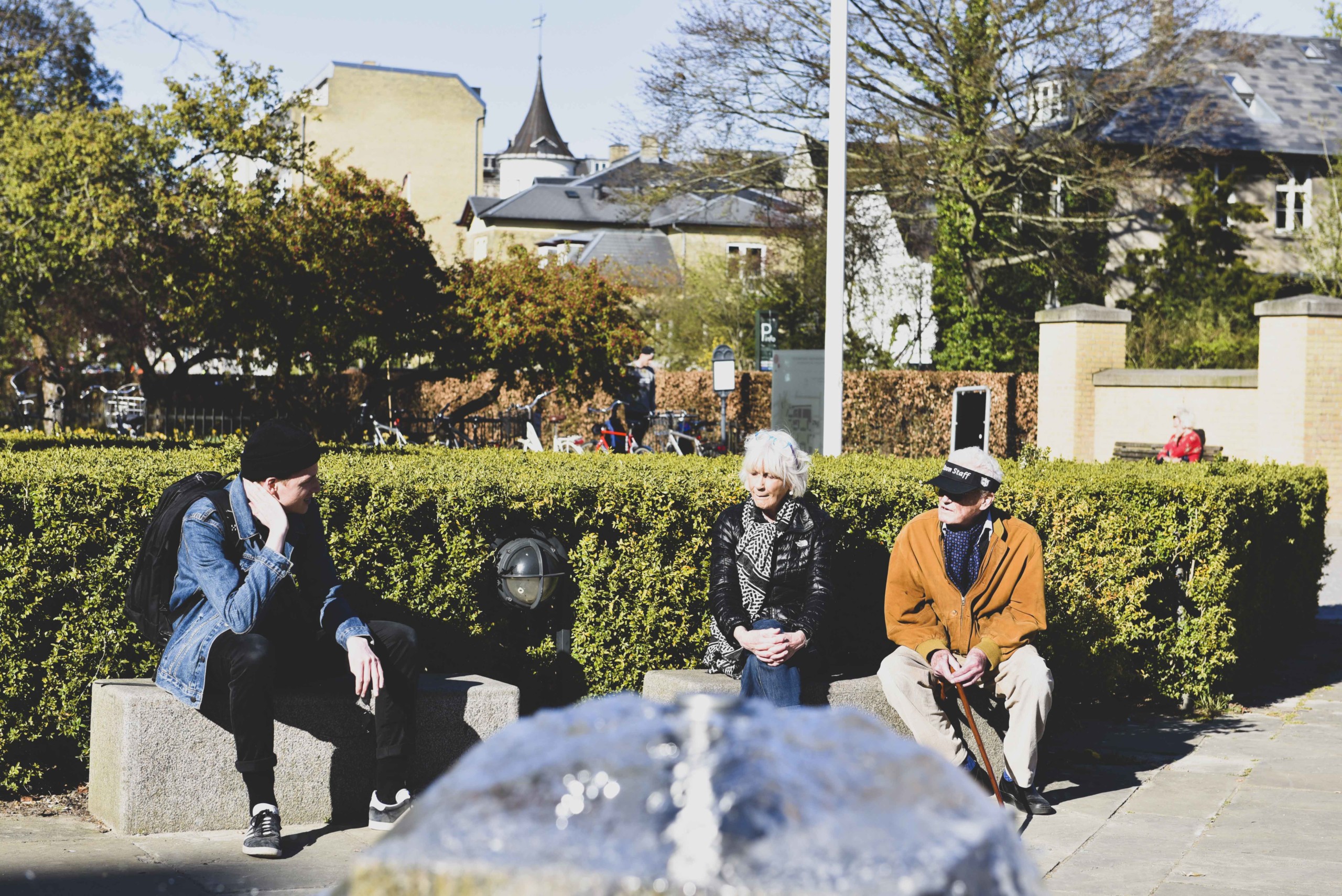 Things are a bit dull at the Universitetsparken, where the shadows in the grass are almost the only thing moving during the course of the day. A single passer-by rambles through the park, and some girls chat in hushed voices on a bench, but otherwise it’s empty.

The explanation can be found on both the benches and on the walls. Signs have put a stop to the guests’ free expression: »Due to the circumstances, the University of Copenhagen has decided that the facilities in Universitetsparken may not be used. You are still allowed to walk through the park.«

It almost sounds like the park is closed off. But it is not, according to campus head Søren Hassing:

»It is simply to help each other comply with the recommendations of the Danish Health and Medicines Authority. It’s not our idea to go around hassling people,« he says, noting that the sign was put up after a series of incidents where guidelines had been violated on the university grounds.

So who knows, maybe life will start buzzing again in the Universitetsparken shortly. 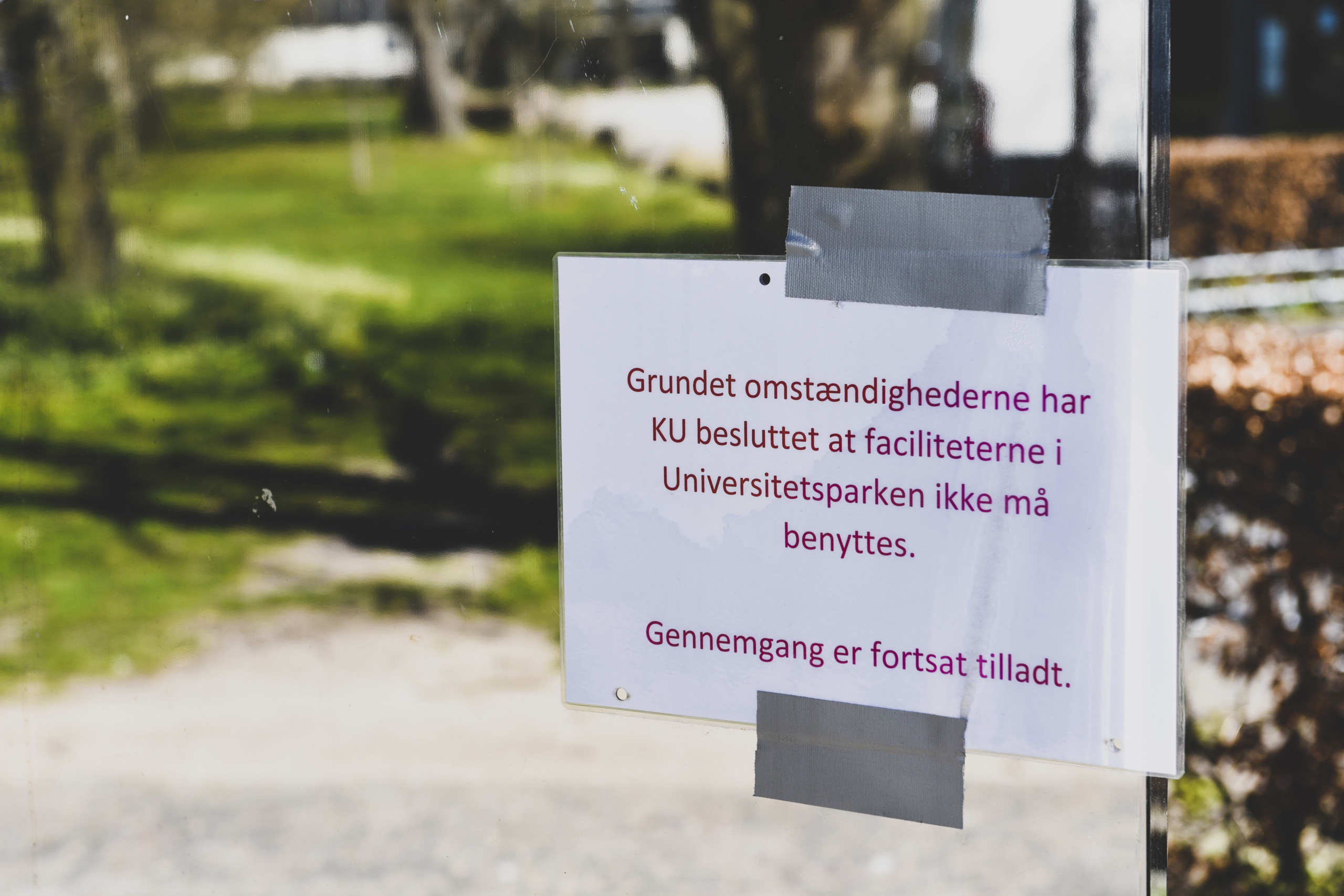