Pictures from the Matriculation Ceremony 2018 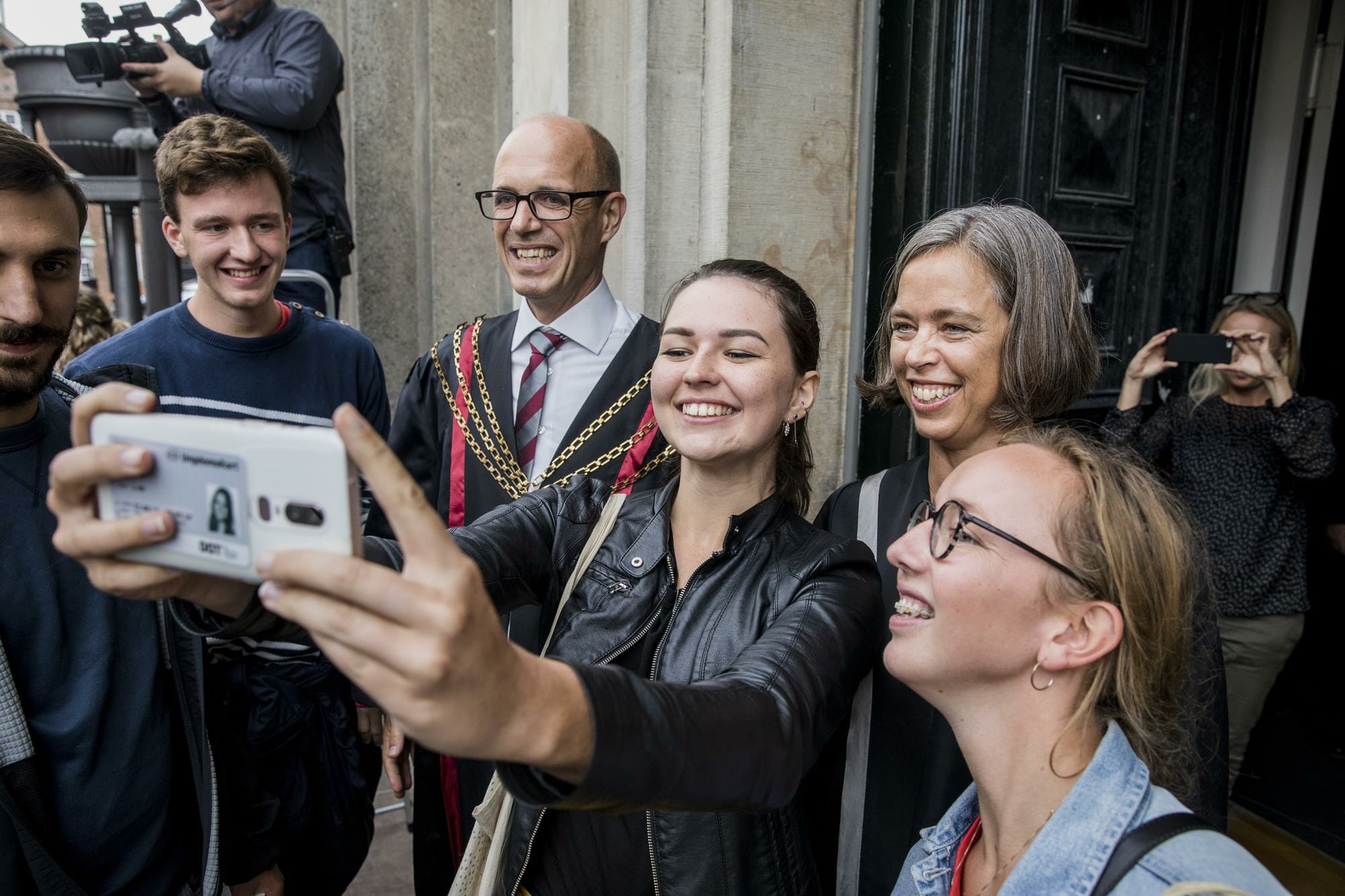 Welcome — About 2,700 new students were welcomed by UCPH rector and deans (and the University Post) at the Matriculation Ceremony last Friday. Our photographer was there too.

Thousands of new students were gathered at Frue Plads where UCPH big band played a lively version of »Uptown Funk« at the Matriculation Ceremony  at UCPH last Friday.

2.700 freshmen showed up to meet their fellow students and shake hands with principal Henrik C. Wegener. The new students enjoyed free hot dogs, coffee and cake from the University Post and chocolate muffins from the dean’s booth on the square. 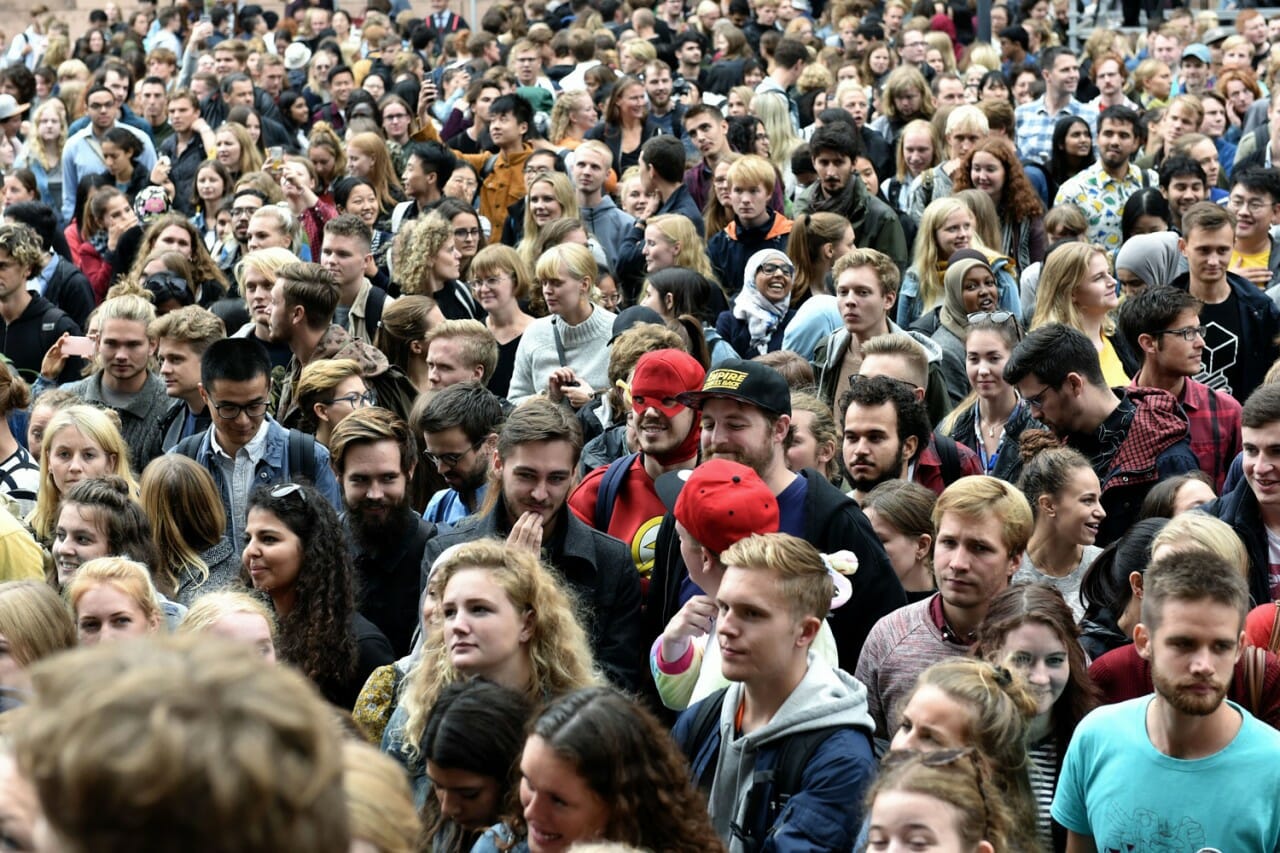 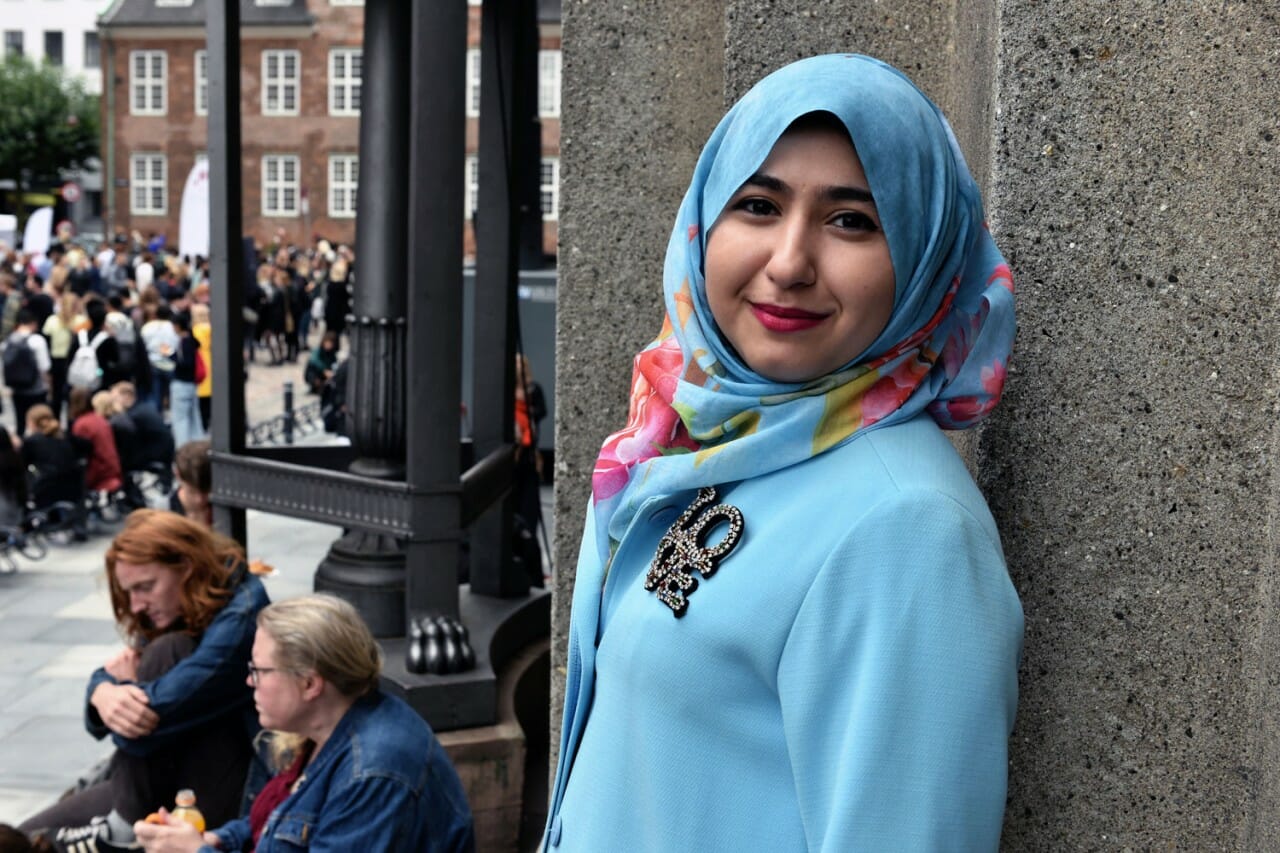 Principal Henrik C. Wegener held his welcoming speech for the new students as tradition dictates. He introduced the deans of the six faculties and said:

The youngest students and the most experienced researchers use exactly the same weapons – strong arguments, critical questions and radical ideas

»We are gathered here today, not only to welcome you as new citizens of this old republic of knowledge, but also to honor what unites us across this wide-ranging university: The never ending pursuit of truth in research and the courage to educate your own opinion.«

»Education is a never ending story of struggle. Just like 1968 or any other revolution. It is not a one way street – a simple transfer of knowledge from teacher to student. The trick is to create a space for learning in wich researchers and students become brothers in arms. Because the youngest students and the most experienced researchers use exactly the same weapons – strong arguments, critical questions and radical ideas. And together you can make this university and indeed the whole world a much better place.«

After the speech a lot of students shook hands with the principal. A few were dressed in superhero costumes or fake moustaches. Some students used the occation to take a selfie with Wegener.

After the ceremony the freshmen and the tutors continued at Studenterhuset in Købmagergade that hosted the afterparty. 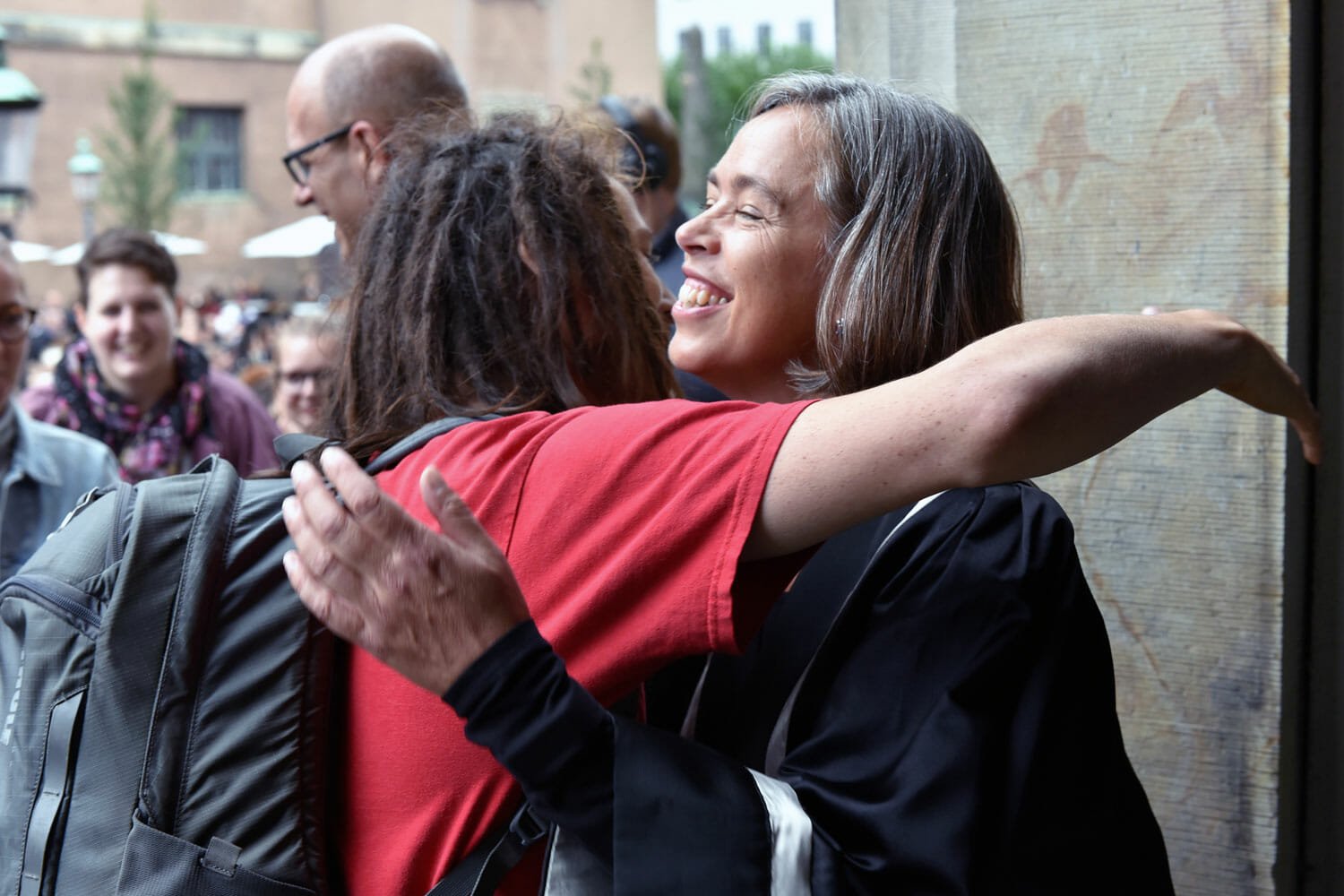 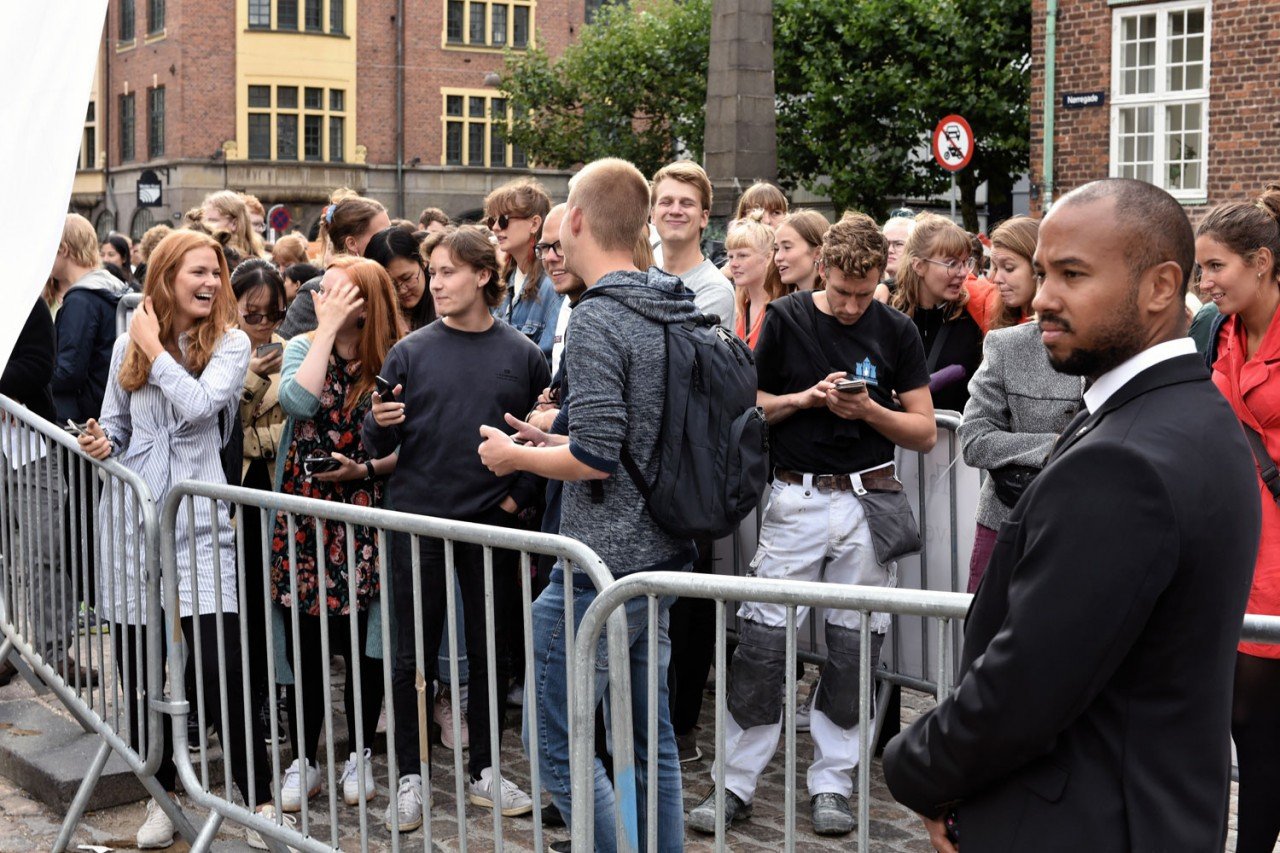 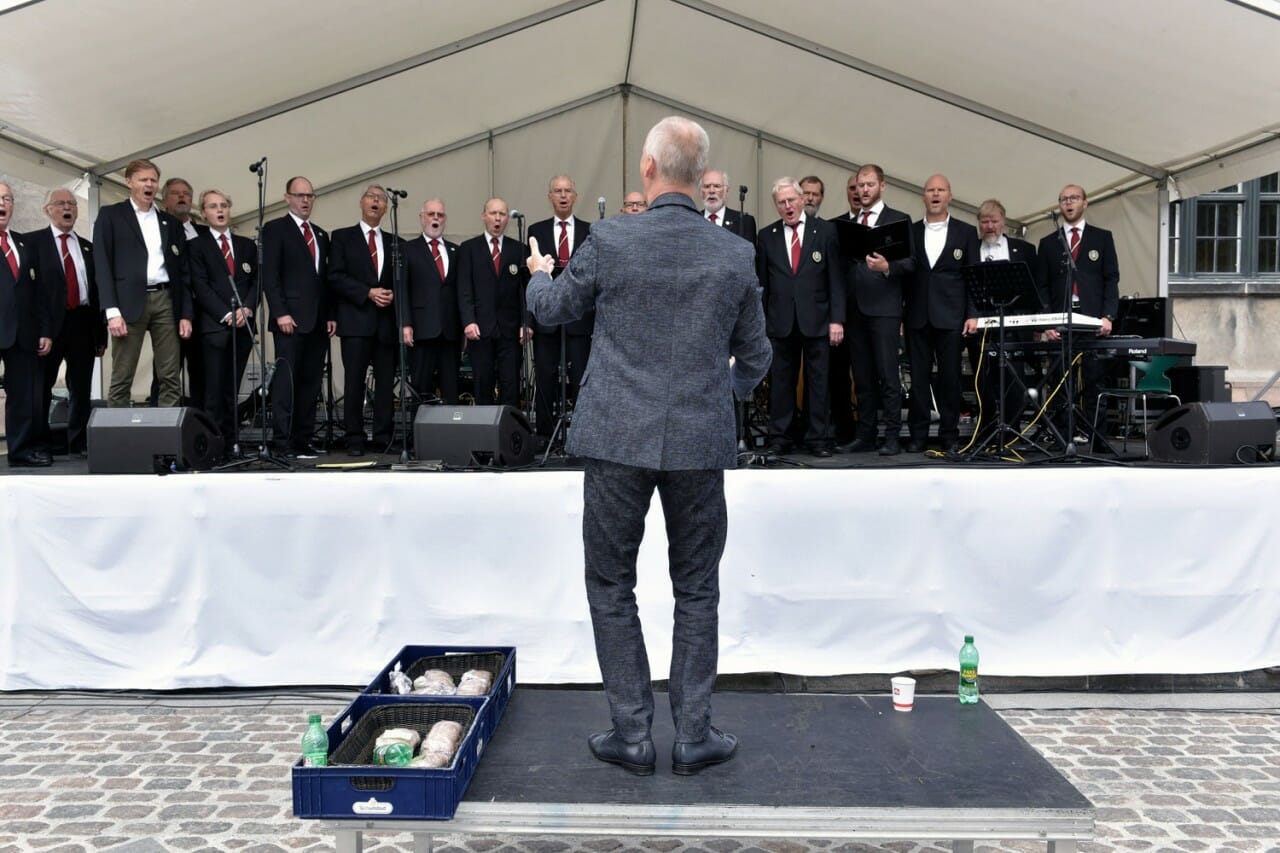 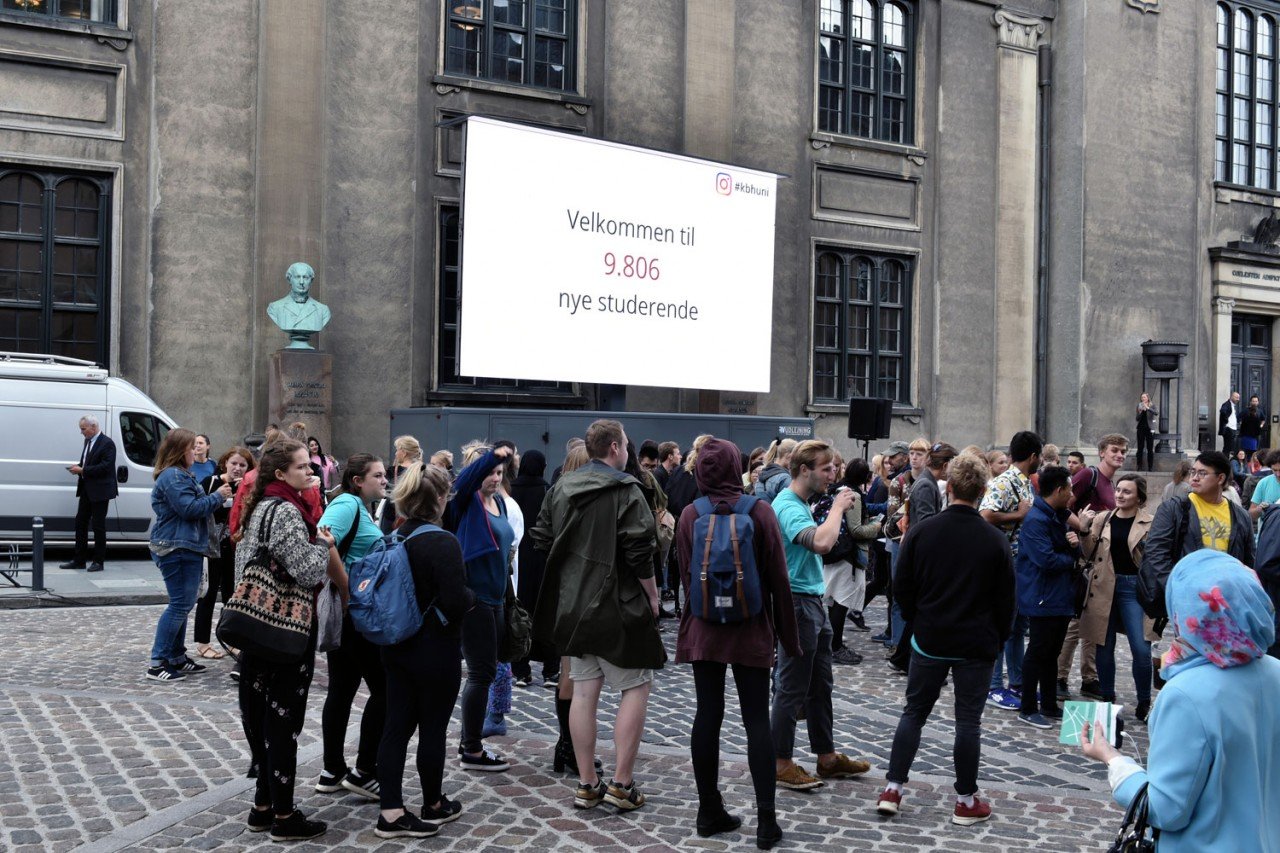 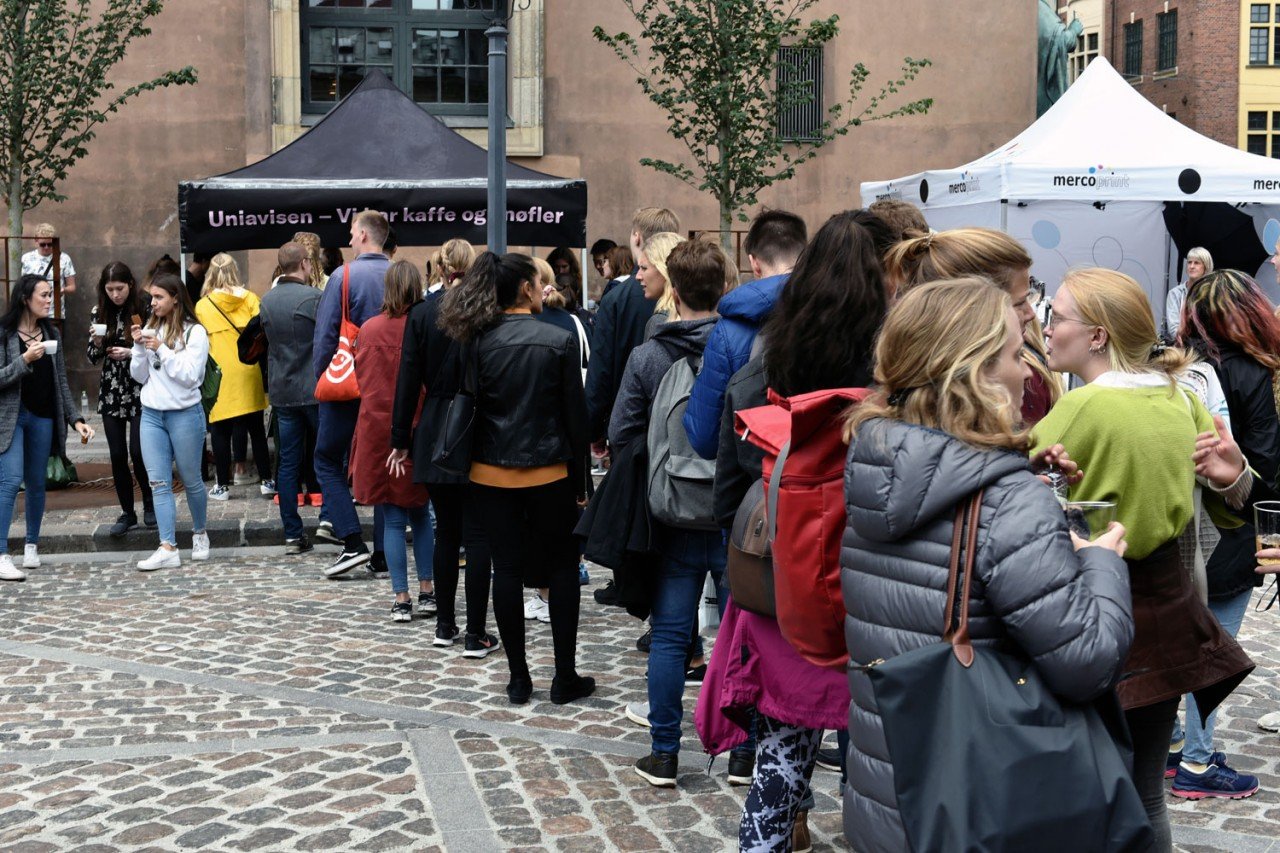 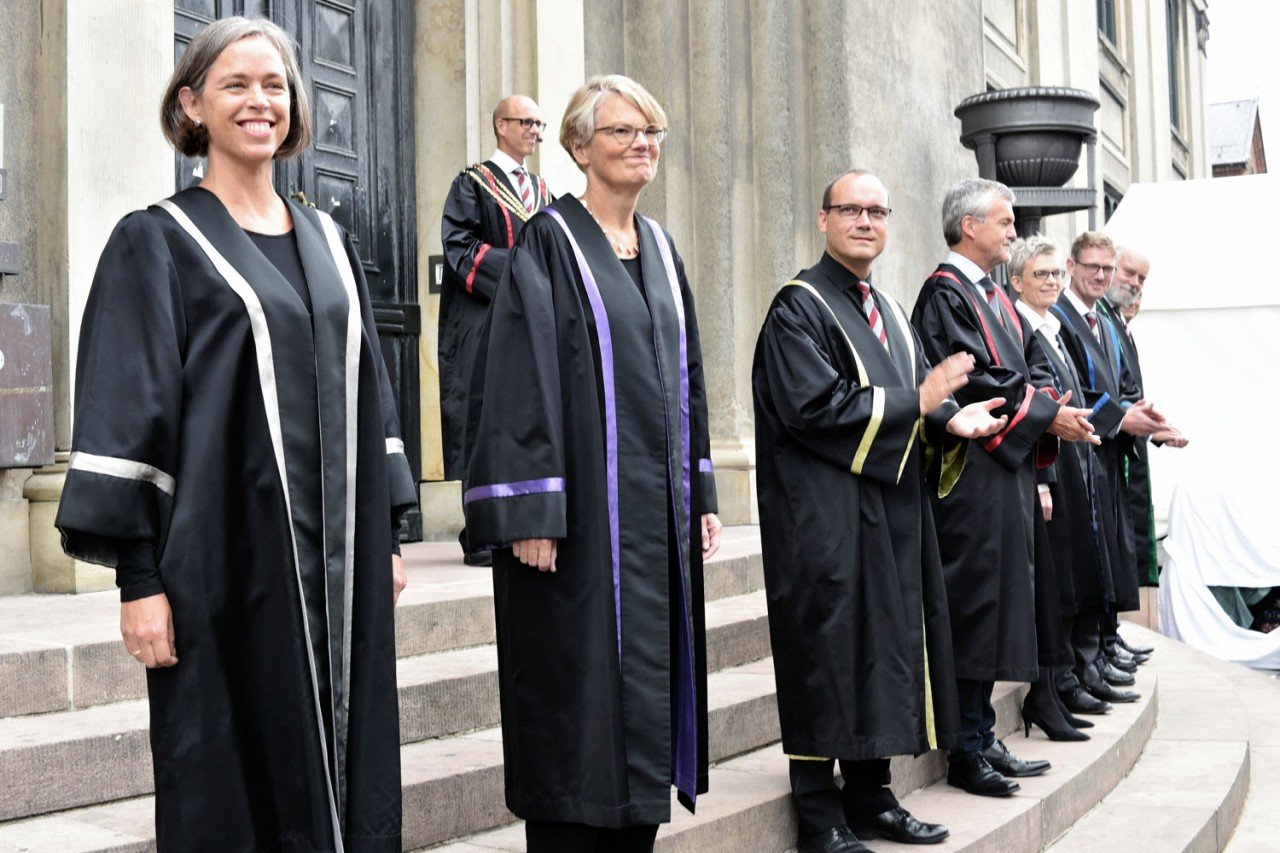 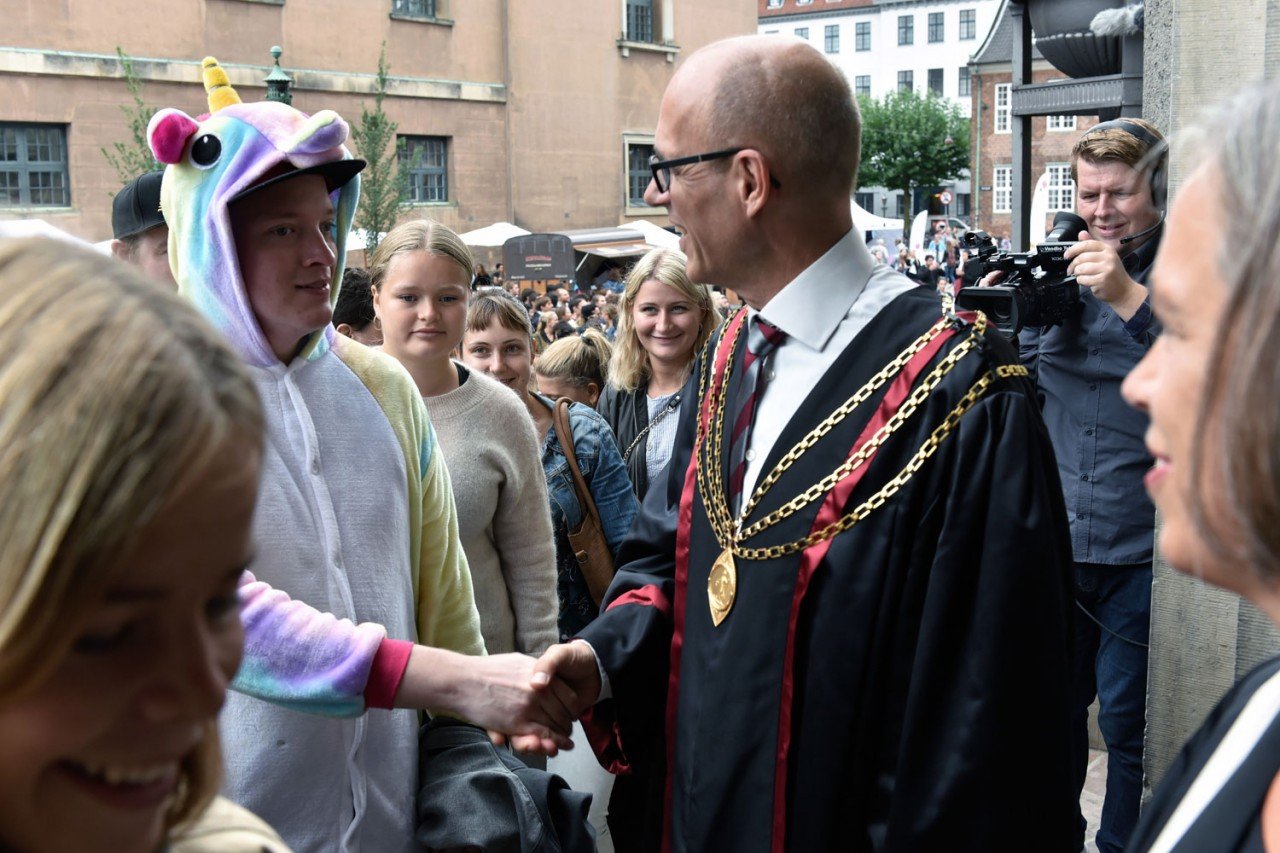 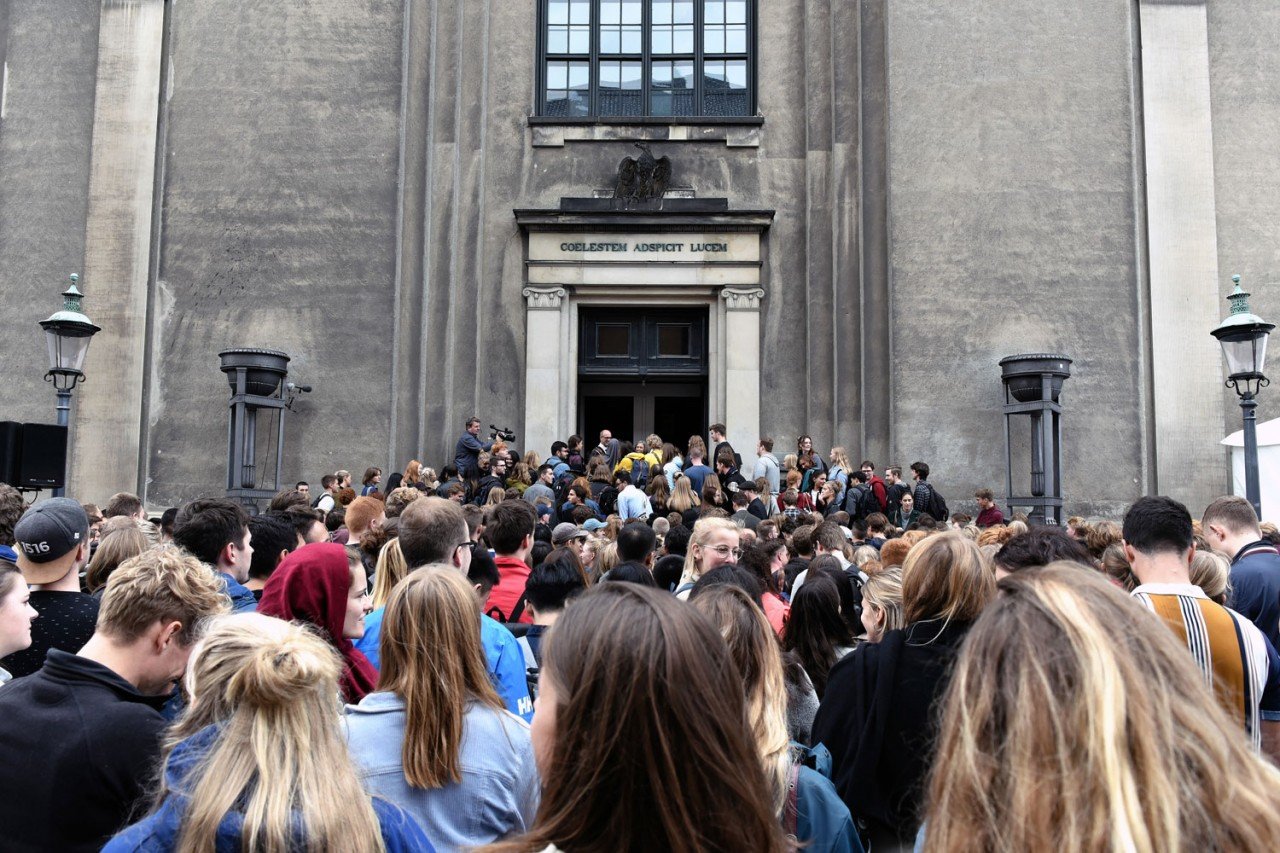