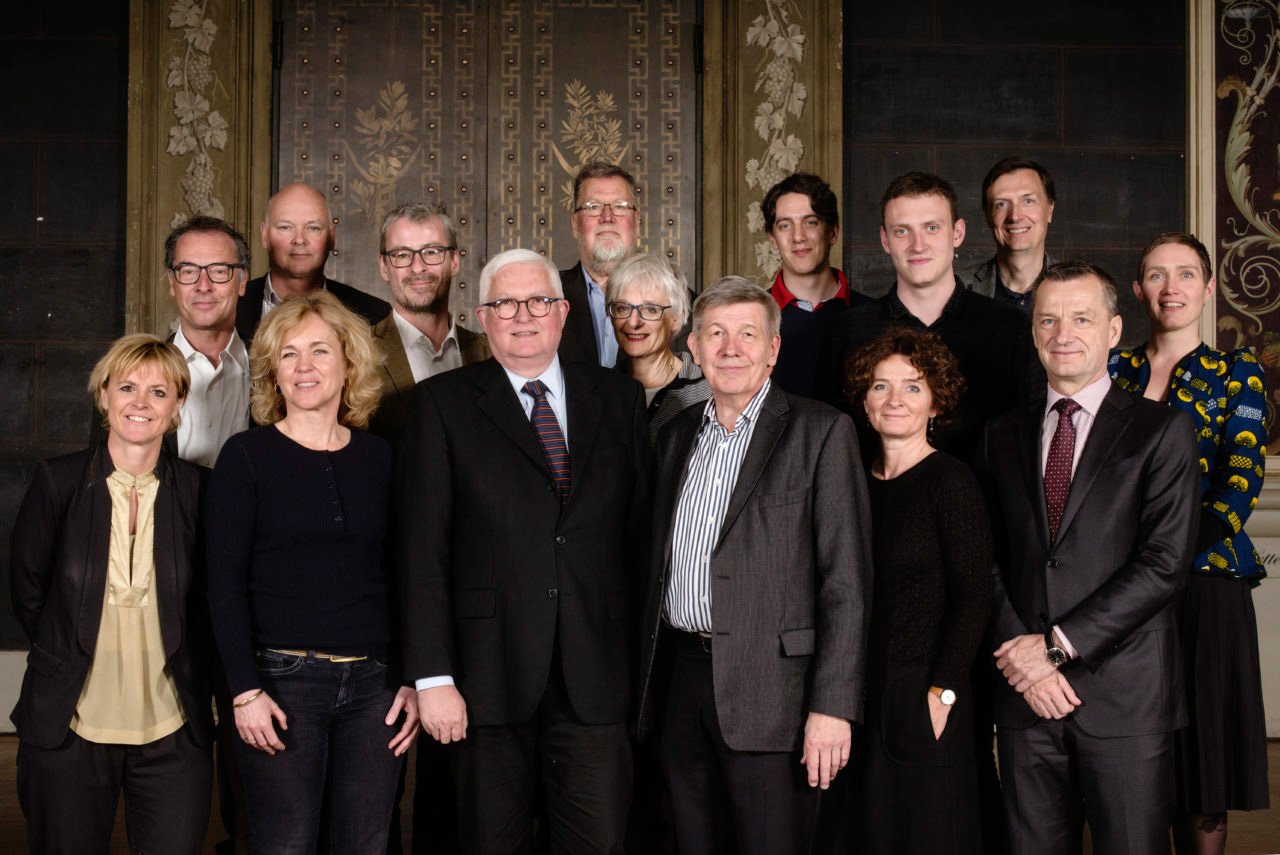 The UCPH Board. Former Chairman of the Board Nils Strandberg (3 from the left, front row) and external member Jannik Johansen (4th from the left back row) are to be replaced 15th September, 2017.
image: Jakob Dall

Management — After massive criticism, Minister of Higher Education and Research Søren Pind has changed his plans for controlling the country's universities. Students and staff will still have a place on the committee that is to appoint the chairman and external board members. But the agreement still curbs university autonomy, say critics.

Students and staff will continue to be heard when the chairman and external members of the Board of the University of Copenhagen are to be appointed. This is one of the points in a new agreement on the management of the country’s universities that the government signed Tuesday with the Danish People’s Party and the Social Democrats.

The original proposal from the Minister for Higher Education and Research Søren Pind would have made the minister himself appoint the chairman of the nominating committee that had the task of finding external members for university boards.

But the proposal met vehement criticism by both Student Council and staff at UCPH. And last week the trade unions Ingeniørforeningen, Djøf and DM had published a joint opinion piece on the news site Altinget against the proposal, which, they argued, undermined the arm’s length principle and the freedom of research.

UCPH chairman Mads Krogsgaard Thomsen is pleased that the government has amended the agreement so the nominating body that appoints board members is to select its own chairman. Students and staff will also, unlike the original proposal, now be involved in the nomination process.

“It’s extremely important that students and staff are included in the circle that appoints board members. So if that’s the case with the new agreement, then this is a step back in this direction. It is also positive that the nominating committee chooses their own chairman. This ensures the arm’s length principle”

Vice chairman of the Student Council Marie Thomsen is positive about the new plan, but is still not completely satisfied. She says that the Ministry for Higher Education is still represented in the nominating body for the appointing committee.

“You can question where the real power is. And it is with those who appoint the candidates. In this committee there is only one from inside the university. So they have aligned the agreement just far enough for you to be not completely unhappy, but this is not quite good enough. ”

According to the agreement it is still the Minister for Higher Education and Research who approves the final candidate for chairman in the country’s universities. And this is found offensive by the education spokesman of the Social Liberal Party, Sofie Carsten Nielsen.

It is a hand placed directly on research

“There are a lot of nice things in the agreement, but the basic premise is the same: The Minister approves the Chairman. And this is a hand placed directly on research. This is precisely the wrong direction in terms of more control and management of universities. It is a bad signal to send in a world where the freedom of research is under pressure.”

To be evaluated in two years time

UCPH chairman Mads Krogsgaard Thomsen sees nothing problematic in the minister approving board chairmen at the country’s universities.

“If the politicians both had to choose the chairman of the nomination committee and approve the committee’s nominee for chairman of the board, then there would be political appointment through the whole chain. Now political interference is thankfully largely gone. And so I think it is fair enough that the minister should see the name of the one who is to use almost DKK 10 billion a year in government funding.”

According to the plan, the agreement is to be evaluated in two years time.