Erik Steinskog has been associate professor in musicology at UCPH since 2009. He has done research work on Erykah Badu and the jazz musician Sun Ra.
image: Daniel Hjorth

Portrait — It was research on popular culture that got Erik Steinskog into Le Monde and the Washington Post. But his heart and soul is with opera too. It's all a part of the same musical orbit.

When the University Post wrote about Erik Steinskog’s teaching a year ago, the story went viral. The story of an associate professor from the Department of Arts and Cultural Studies at the University of Copenhagen who, in the autumn of 2017, did a course in ‘Beyoncé, gender and race’ spread first to the Danish media, then to international newspapers such as the Washington Post, Le Monde and even Chinese news media.

Today Erik Steinskog laughs a bit about at all the brouhaha – as the course was about what he calls a classic musicology subject.

“I am trying to find out what it means to be a modern human. I do not know why people are so surprised by a course about Beyoncé. It is a bit like a course on Mozart. There were many university courses about Madonna in the 1980s. The entire attention only says something about what people believe a university is. But for me it has been an opportunity to draw attention to what musicology is also,” the Norwegian associate professor says.

It is my experience that if you are talking about education research, gender studies or pop music, then everyone reckons that that they are an expert

Most articles about the Beyoncé course were positive, but a few of them questioned whether the African-American singer could have any academic interest. Steinskog does not take these questions seriously.. He believes that musicology should deal with the great, classic composers and the biggest stars in pop music.

“Normally, there is a general respect for science in society. But as an academic it is my experience that if you are talking about education research, gender studies or pop music, then everyone reckons that that they are an expert This probably has something to do with what what people consider high culture relative to popular culture. Many people still consider classical music or jazz as more valuable than pop. But we must move away from this division, as they are both a part of a larger, common musical orbit,” says Steinskog. He is still contacted by the Danish media whenever there is Beyoncé news.

Clarinettist as a nine-year-old

Maybe a good deal of the attention comes from the fact that Erik Steinskog does not live up to people’s presumptions about what a university professor is. His publications have titles like Telephonic Structures in Lady Gaga or Performing Race and Gender: Erykah Badu between post-soul and Afrofuturism.

On his official UCPH image he appears in a US-style college jacket with R & B singer Janelle Monáe’s logo. And when he was on the Danish TV programme Deadline to talk about Beyoncé, he was wearing jeans and a t-shirt from the singer Erykah Badu’s last tour. Not exactly your standard researcher uniform.

Music was his first love. But he started in another musical genre – jazz. He started playing the clarinet when he was nine years old and the saxophone a few years later. He practiced six or seven hours a day, determined to become a professional jazz musician. When he was 19 and 20 years, he applied to the music conservatory in Bergen twice, but did not get in. So he started on the musicology programme instead.

“After a few months of study, it felt like I had come home. And I knew that I was much better at studying than playing music. It was hard to admit that I was not good enough to become a professional jazz musician. I played the saxophone alongside my studies right up until I started doing my PhD,” says Erik Steinskog, who still plays on his instrument once in a while. But today, he is pleased that he chose the books.

The university system in Norway in the 1990s was built up in a way that allowed Erik Steinskog to both take a master’s degree in musicology, and one in philosophy with religion and the history of Ideas as a minor subject. His two programmes of study mean that he, in his research, can both analyse the notes, the compositions, and the cultural and social importance of the music.

He did a PhD on Arnold Schoenberg’s opera Moses und Aron from 1932, which at the time was controversial because of the composer’s Jewish background.

“In the thesis I used my philosophical and musicological background. Schoenberg’s opera is based on the Bible and written by an Austrian Jewish man who had to leave Europe in 1933. So there were a lot of cultural, historical, Jewish and societal layers that I had to include in addition to the music,” says Erik Steinskog.

I do not know why people are so surprised by a course about Beyoncé. It is a bit like a course on Mozart.

What does it mean to be a modern human?

For his PhD defence brought Opera» Von heute auf morgen “of Schönberg, ending with a scene, where a small child asks her mother: ‘Mama, was sind das, modern Menschen?’ (Mama, what are modern people?). Steinskog ask the same question in his research.

“I am trying to find out what it means to be a modern human. In connection with my PhD I wanted to investigate know what it means to have been a German-language Jew in the 1930s. We can never, of course, put ourselves in the place of another human being, because we have different backgrounds and experiences. But we can try to do it. And relativise our own position and ask questions about what we thought we knew,” says Erik Steinskog. He adds that it is one of the aims of his teaching to make students aware of their own preconceptions of the world.

“I would like them to be aware of their own position with all the biases and prejudices that this entails. The hope is that they begin to ask new questions that they had not thought of before they started on the course.”

What are the preconceptions with which Erik Steinskog looks at the world?

“I can’t run from my skin colour – I am a white, heterosexual man – and this sways my perspective. But at the same time, I am Norwegian, which means that I see Denmark through the eyes of a foreigner. So there are some things that they do in Denmark, which are strange to me. Each time someone makes a reference to the Danish TV series ‘Matador’ in conversation, I’m an outsider, as I have not seen a series which most Danes know.”

After his PhD, Steinskog has been employed at the Department of Musicology at the University of Oslo. Here he did research in opera and classical music, but also in music criticism.

In the 1980s, the high-pitched male voice in heavy metal like in, say, Guns’n’Roses, was perceived as macho

“I’m really lucky, because in many ways I have been allowed to continue to study at uni. Maybe it’s a bad career move, that I have worked on a lot of different topics and have not just continued on the track from my PhD. But I think that it is a privilege to have the opportunity to follow a series of professional obsessions rather than continue doing research in the same field.”

One of the subject areas which Steinskog has shown interest an interest in since the beginning of his career is black music culture. He has done research on the R & B singer Erykah Badu’s music and the universe of the jazz musician Sun Ra.

Last November, he experienced a career high point when he gave the opening speech at a concert with the Sun Ra Arkestra in Athens. The speech was about afrofuturism, an approach in philosophy, music and aesthetics that uses science fiction to create alternative images of Africa and people with African roots.

This September, Erik Steinskog is doing a course with the title queer musicology. The course presents queer studies with a focus on musicians like Prince, Madonna and Janelle Monáe and will be inspired by gay studies, diva worship and opera queens. 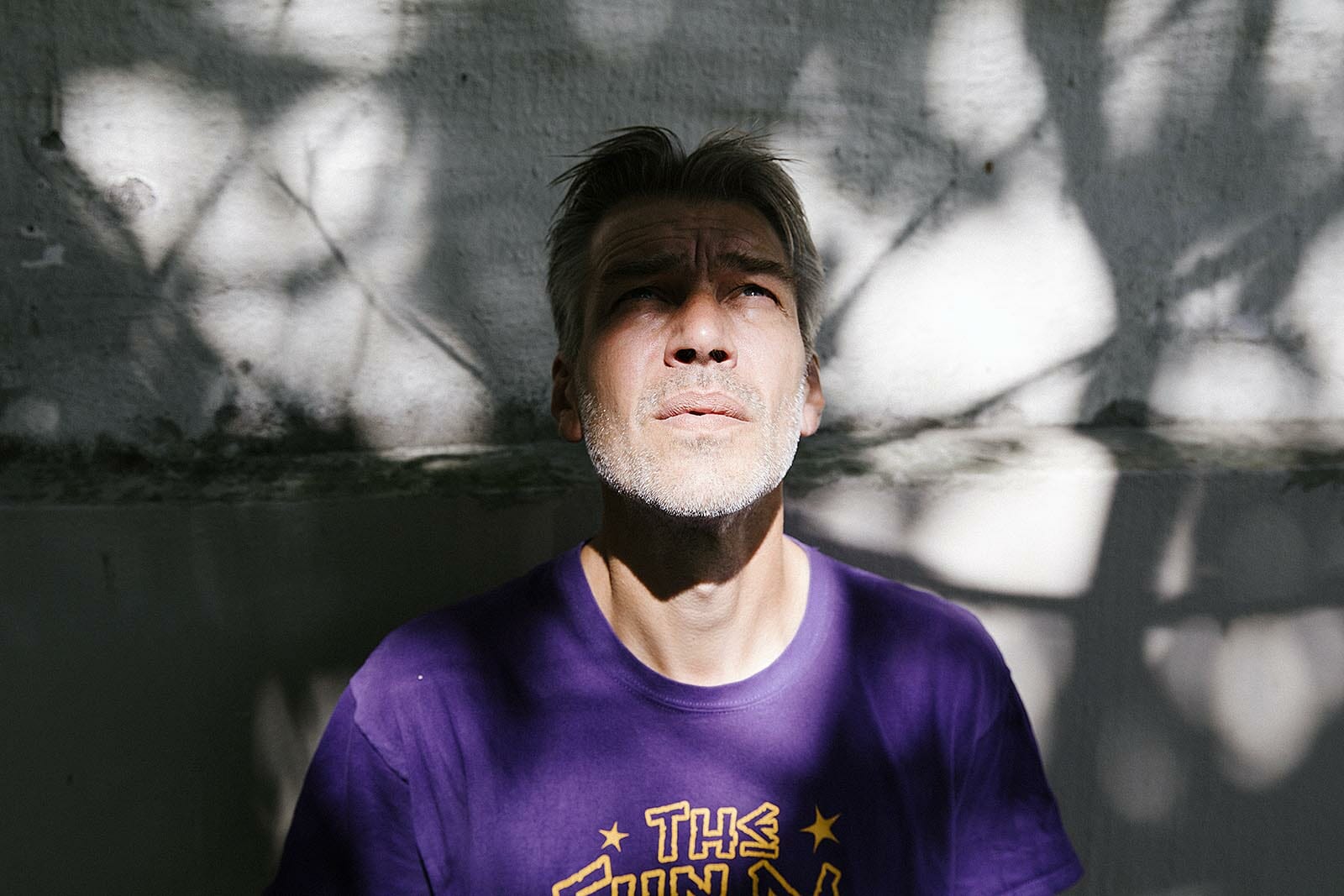 “I want to focus on the queer concept in pop music and classical music and opera. Because even though modern queer theory is only 40 years old, our perception of what is masculine and what is feminine has changed a lot. In the 18th century, for example, castrati singers were considered very masculine. In the 1980s, the high-pitched male voice in heavy metal like in, say, Guns’n’Roses, was perceived as macho,“ says Erik Steinskog.

His office on the fourth floor at South Campus is filled with bookshelves with books from floor to ceiling with titles such as ‘Feminine Endings’, ‘Ocean of Sound’ and ‘Roots and Culture’: Cultural Politics in the Making of Black Britain.

“I like musical analysis, but if you only dive into the notes and analyse the music, you only communicate with other people who also read sheet music. I have always been interested in communicating with other disciplines, like people in literature and in film. Because there are many trends and references which transcend the boundaries of music, literature and film. So in that way I have more in common with a literary science researcher than a musician,” says Steinskog.