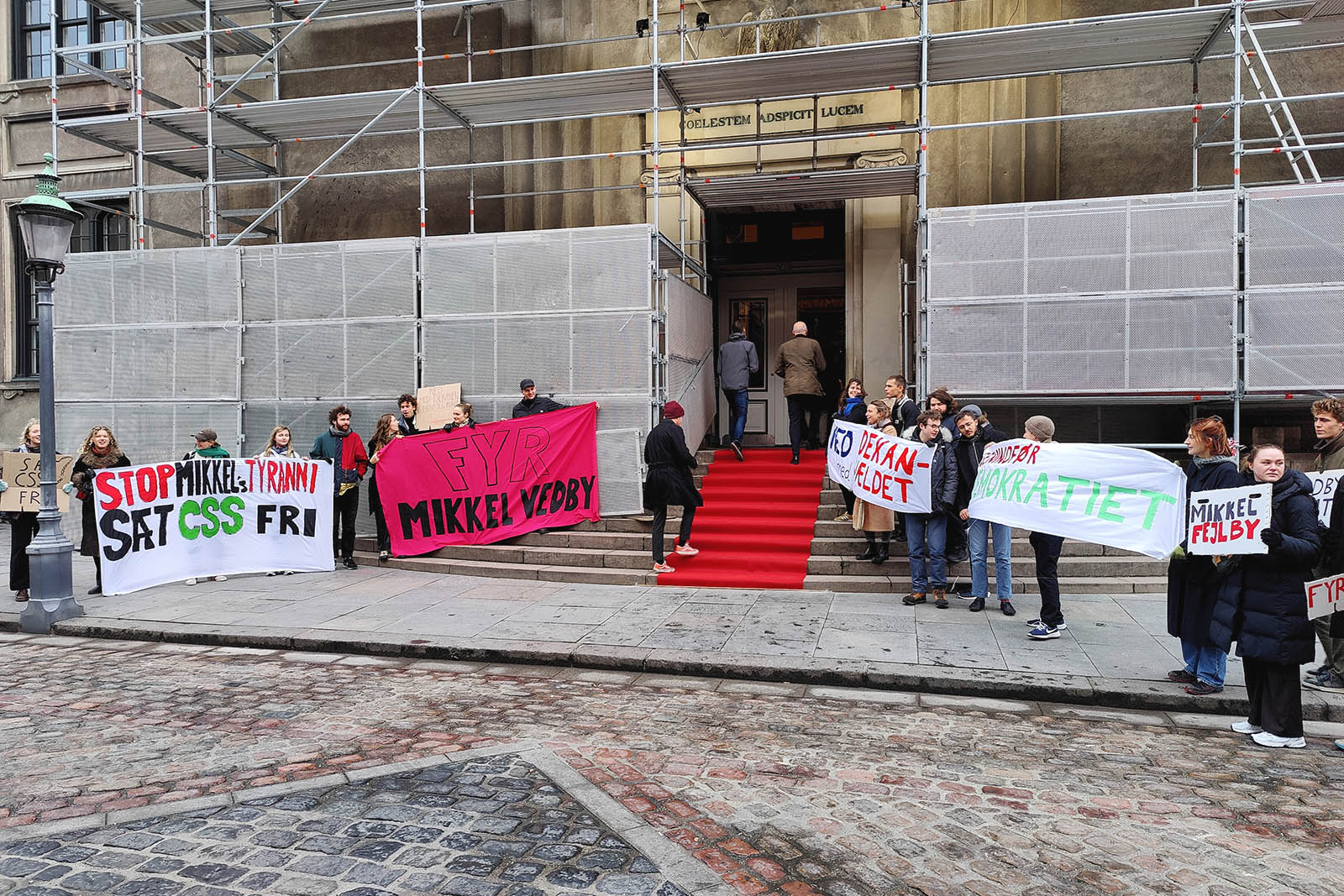 Commemoration 2022 — Guests turning up at the Commemoration Ceremony at the University of Copenhagen Friday were met with protesters calling for the dismissal of the Dean of the Faculty of Social Sciences.

A large group of students from multiple social science degree programmes appeared on Friday at the entrance to the University of Copenhagen’s traditional annual Commemoration Ceremony on Frue Plads in Copenhagen. They were protesting against the Dean of the Faculty of Social Sciences Mikkel Vedby Rasmussen, who they accuse of top-down management and a condescending attitude towards both students and staff. They have attempted dialogue, they say. But things have not changed a bit. In front of them, the protesters displayed a wide range of banners:

»We all feel that there are problems with Mikkel Vedby’s management style and the way he speaks to students and researchers,« she says.

»He is condescending towards us students, and there are many researchers who do not dare to speak up about his behaviour for fear of being fired.« 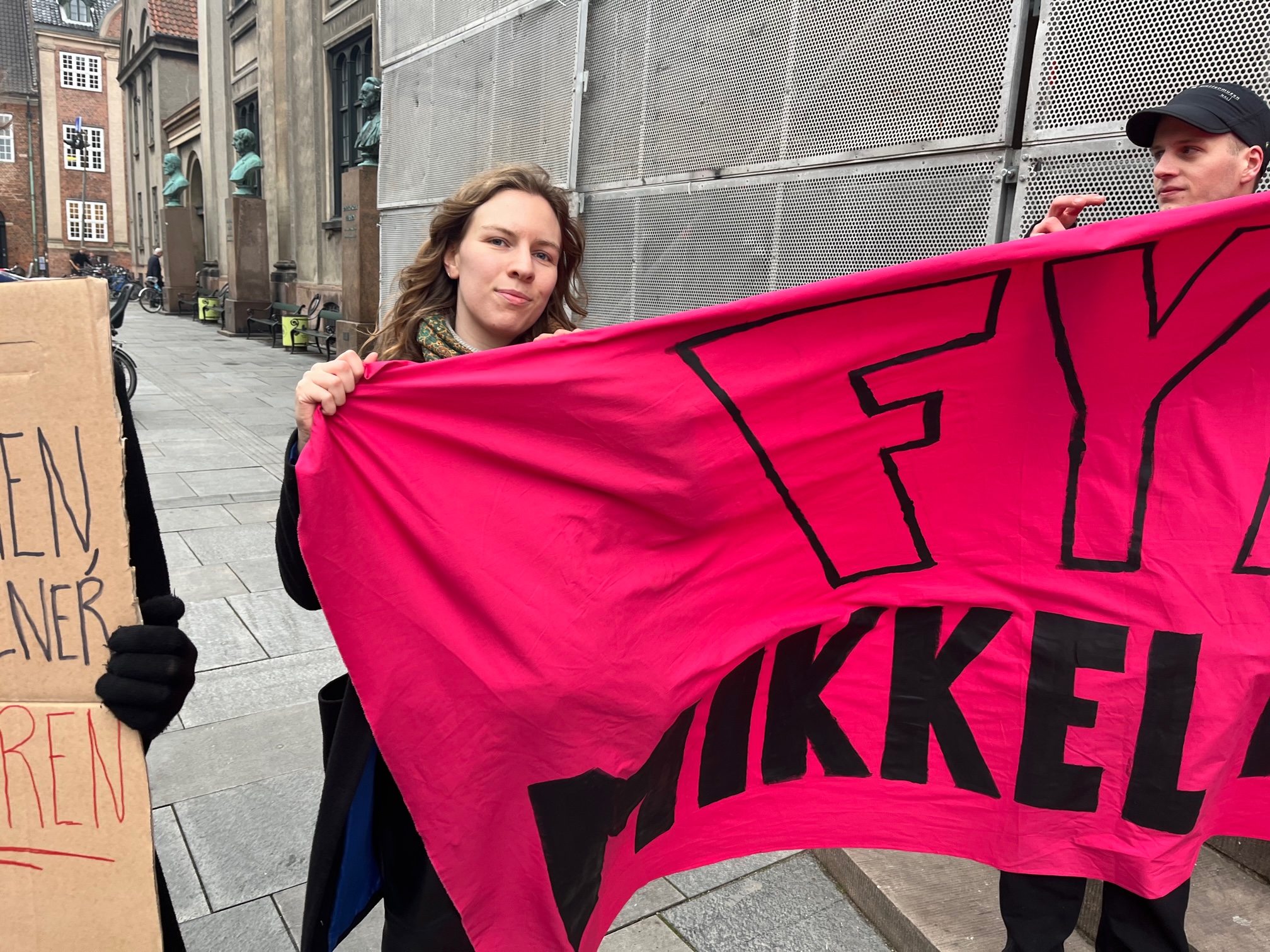 Amalie Vestergaard is a student of anthropology. She was a moderator at a recently held dialogue meeting with the Dean.

The purpose of this action, according to Amalie Vestergaard is very simple. She would like Rector Henrik C. Wegener to see the demonstration and the many students who were present and to fire the dean.

Is this not a tad naïve?

»No, now the rector can see for himself how many people are against Mikkel Vedby, and he has the power to do something about it.«

Another student interrupts to talk about the latest workplace assessment which showed that 41 per cent have no confidence in the dean’s management of the faculty.

»This should have led to a crisis meeting. This is a clear signal that we have incompetent leadership,« says political science student Christian Nielsen.

Dean Mikkel Vedby Rasmussen arrived at the annual commemoration and chose to walk around among the students to talk to them. But the group broke out in song:

»Mikkel Vedby is the worst dean, Mikkel Vedby should get the hell out,« they sang, roughly translated.

The University Post asked Mikkel Vedby at the demonstration to comment on the students’ demonstration, the criticism of his management style, and the accusations that he threatens critics. He had no time for that, he said.

At the dialogue meeting on Monday 21 November, the students also asked him about researchers’ fears of criticising him. He replied categorically that he had never responded to criticism from his employees with reprisals. 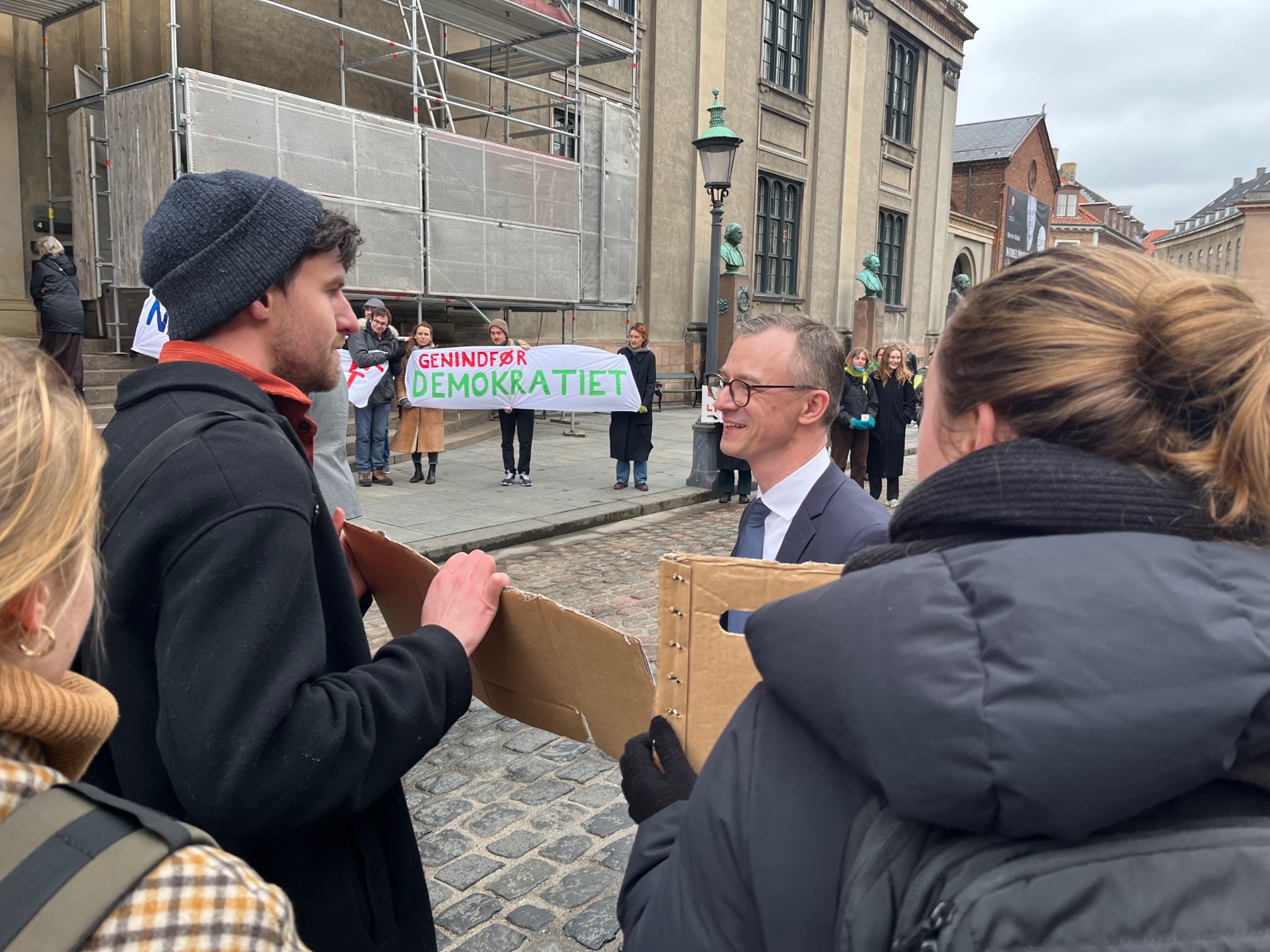 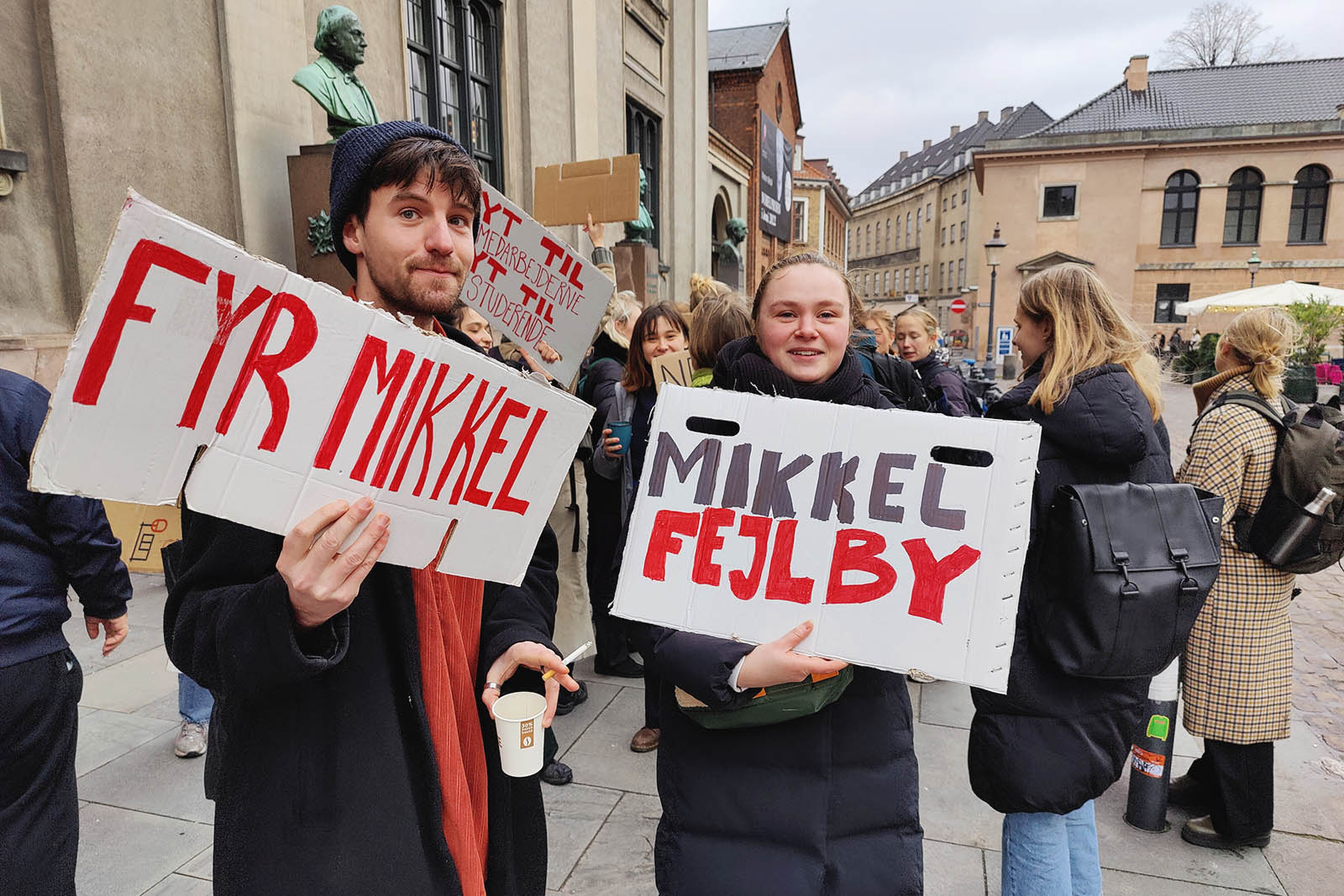