The Indiana Jones of psychology 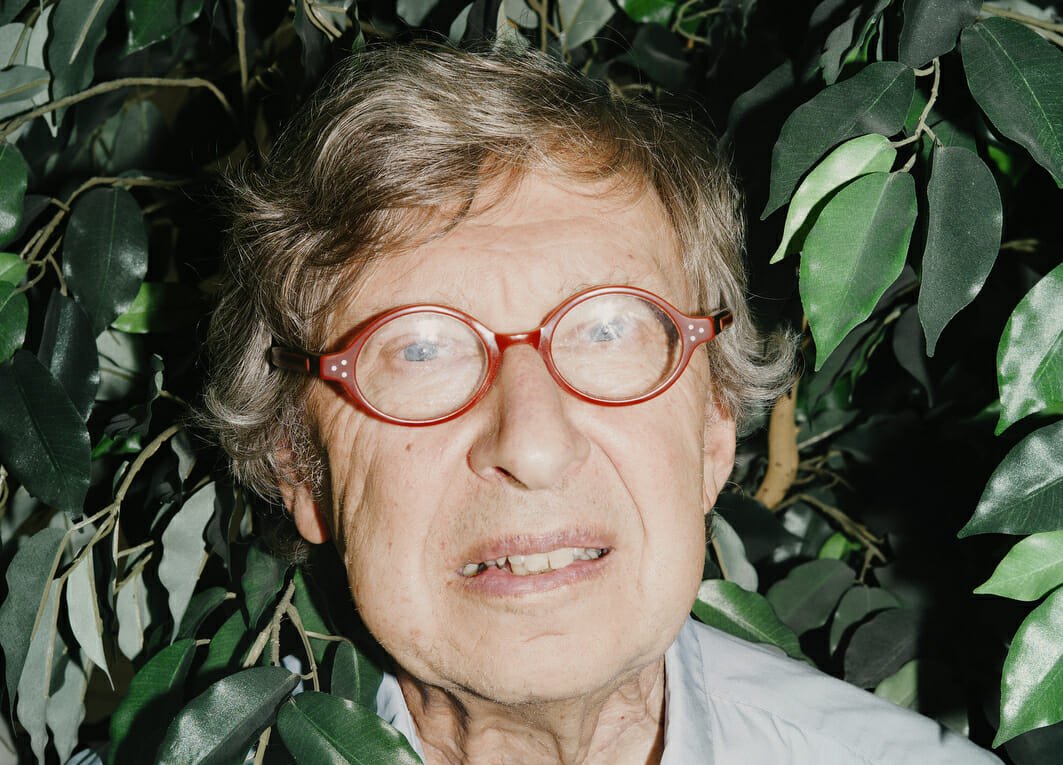 Globetrotter - Peter Elsass has lived with Indigenous communities in Colombia, Tibetan monks in Northern India and in 1978 visited Jonestown in Guyana shortly before the infamous massacre.
image: Daniel Hjorth

Portrait — Peter Elsass has lived with indigenous tribes in Colombia, visited Jonestown shortly before the notorious 1978 massacre and has been held hostage by FARC. For many years, he couldn’t feel fear. Now, the 71-year-old professor emeritus of psychology has released a book about fear and what we can learn from it.

Over his 40 year university career, professor emeritus of psychology Peter Elsass has found himself in countless life-threatening situations. To an outsider, it would almost seem like he is drawn towards danger.

One of his closest brushes with death came when visiting Jonestown in 1978. Located in the small country of Guyana, the makeshift town deep in the jungle was where American cult leader Jim Jones founded and isolated his religious cult People’s Temple.

Professor emeritus of Clinical Psychology, University of Copenhagen since 1996.

“I went because I have a strong interest in people who isolate themselves. When I was there, I saw things I should not have seen – including people in camps, not unlike concentration camps. I was shown specific areas by the leader Jim Jones, but there were also some places where people were not at all thriving,” says Elsass, who came close to extending his time in the camp.

Ten days after his visit, the 918 cult members committed collective suicide. The story is known as the largest mass suicide in modern history and made headlines around the world.

I had a period of my life where I couldn’t feel fear. I don’t know where it comes from but I was certainly the kind of young bloke that dreamed of exploring the world

“It was a frightening experience and I overcame the trauma by refusing to talk about it for many years. It was so monstrous and terrifying, what happened – and I had just visited the camp shortly before. But then I got in touch with Rikke Wettendorff who was making a radio program about the massacre. She had the original sound files from the camp, where I gave a speech for the cult members before I left. Then recently, I heard it again. I talk about how if you isolated yourself too much from the surrounding world you can end up part of a conspiracy. And that is precisely what happened,” says Elsass.

Although the professor was shaken by the visit to the camp and the massacre ten days later, the experience did not make him afraid.

“I had a period of my life where I couldn’t feel fear. I don’t know where it comes from but I was certainly the kind of young bloke that dreamed of exploring the world. Of course I have fear, because if you don’t have fear you are a psychopath,” says Elsass.

71-year-old Elsass has been employed at the University of Copenhagen since 1996 when he became a professor in clinical psychology. He has travelled widely as part of his research, and has visited indigenous communities in the jungles of Colombia, lived in a Northern Indian cave while studying solitude and researched how Tibetan survivors of torture bore their trauma after time in Chinese prisons. In 1992, Elsass was also detained by the FARC guerrilla group in Colombia.

The vast travels have led to Elsass’ nickname as “The Indiana Jones of Psychology.” However, the experiences in Jonestown made other lifelong impacts on the professor.

“I am allergic to single-minded religious leaders within both Scientology and Islam. I cannot stand them. I have seen what it can lead to when you isolate people and religion becomes a fixed ideology,” he says.

I wrote the book because I wanted to understand my own fear – or lack of it – a little better. I have always had a problematic relationship with fear

The dangerous situations faced by the professor inspired him the write his latest book, Kunsten at være bange (The art of being afraid),

where he investigates different types of fear – from the fear of terror, war and catastrophes to the fear of stress, serious illness and death.

“I wrote the book because I wanted to understand my own fear  – or lack of it – a little better. I have always had a problematic relationship with fear. While angst is something internal, fear is characterized as prompted by external reasons,” says Elsass. He adds that we can learn something from fear because it functions as a kind of alarm when danger presents itself.

“This is why people talk about seeing ‘fear in the eyes.’ Fear ensures that we react if we experience danger – for example when a car drives towards us at high speed or if we receive a cancer diagnosis. But it is important to separate rational fear from the irrational, for example the heightened fear around terrorism versus dying in a traffic accident when the latter has a higher risk. But the media is preoccupied with terrorism which can strengthen the fear of it.”

In the process of writing the book, Elsass became depressed by his research into terrorism, cancer and accidents. But then he had an idea: to include a series of heroes within the book’s diverse themes.

“Heros are people who act without thinking about the risk to themselves. For example, in the book I pay tribute to Holocaust survivor and Nazi hunter Simon Wiesenthal and Austrian neurologist and psychiatrist Viktor Frankl who developed logotherapy. The premise of the latter is that people can overcome severe trauma,such as imprisonment in concentration camps, by finding meaning in life. Authors Susan Sontag and Barbara Ehrenreich are also heroes, because they helped give us a new language to talk about cancer. 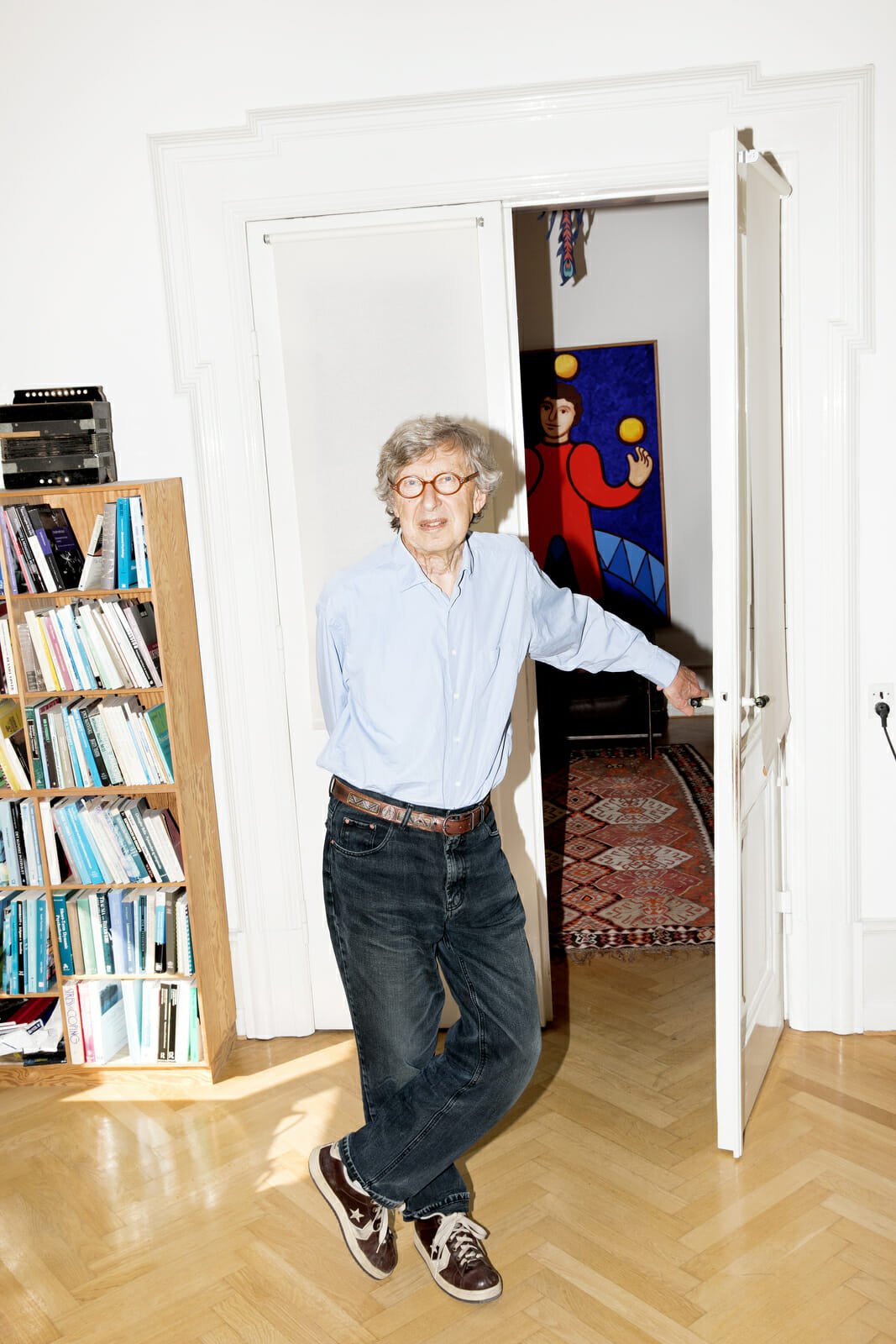 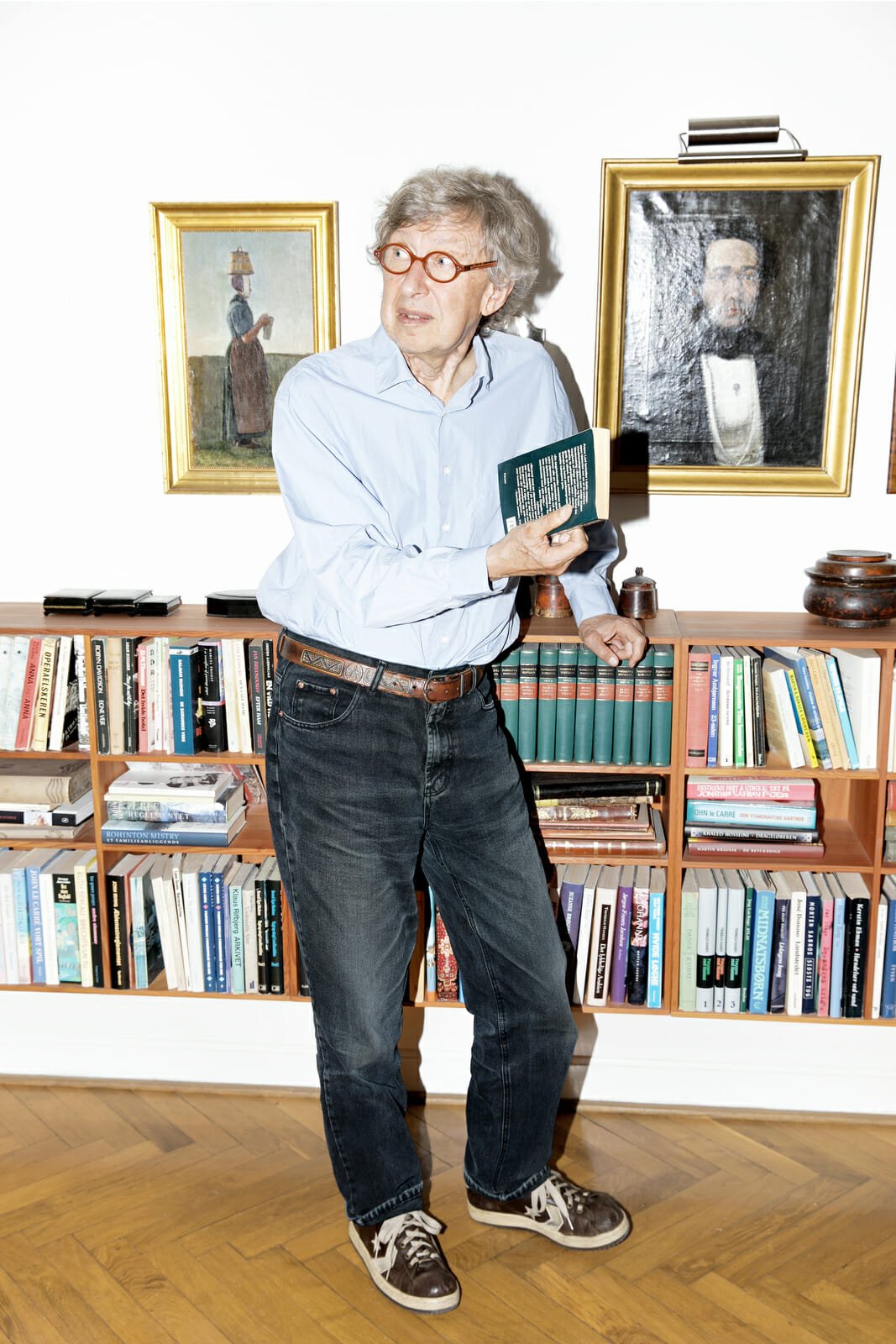 In his research Elsass has often drawn on methods and theories from anthropology, philosophy, health sciences and history and he has written several books, including about Indigenous Peoples, health psychology and torture survival. However, the common thread across his academic career is travels and ties with people around the world – from Buddhist monks to Tibetan torture survivors and Colombia’s Indigenous peoples.

“The pivot point in my life has been relationships. I have close partnerships in Colombia, Northern India and Tibet. I have also had a somewhat ambivalent relationship with psychology even though I am a professor of it. I have had to step away from the office and out into the world in order to be able to write about psychology,” explains Elsass.

Throughout his career, Elsass has worked with The Arhuaco in Colombia. He visited the Indigenous tribes in the 1970s for the first time and has returned to their isolated villages more than 15 times. In the 1980s, he made several films about the Arhuaco, including “Jorden er vores mor” (the Earth is our mother). Besides personal friendships, his work with the Arhuaco has given him a new perspective across many aspects of life. For example, when he got divorced and realised the Arhuaco tribe had no word for the concept.

“They had previously met my girlfriend and so they asked after her. I answered that we no longer lived together. They didn’t really understand. In their culture, people remain together for their entire lives. Later, they asked a Colombian case worker that I worked with, Gullermo, about his wife. He said that they were no longer together. Then the tribe gathered together and I could understand that they said “Okay, we don’t understand this. Let’s talk about something else.” But the day after, one of the young people from the tribe asked me whether Guillermo and I now lived together. They simply could not understand that people end relationships and live alone,” says Elsass, laughing.

Among the Arhuaco he became known as the man with the white sneakers, because his luggage was stolen one trip and he had to buy white sneakers. The tribe doubled over with laughter at the sight of the Danish man who moved around the jungle in size 45 white sneakers.

White sneakers also came to mean something else to the professor many years later. In 1999, Elsass was sent out to Pristina in Kosovo. He visited a cellar where 20 Kosovo Albanians had been executed shortly beforehand.

“I could still smell the stench of death, which was pungent and sour. And I saw that over in the corner there was a pair of bloody, torn-off feet in a pair of white sneakers which looked like the ones I had walked around in. I completely broke down. I have experienced many crazy things, but that sight went straight to the heart. That was where I finally learned fear and confronted my own mortality.” 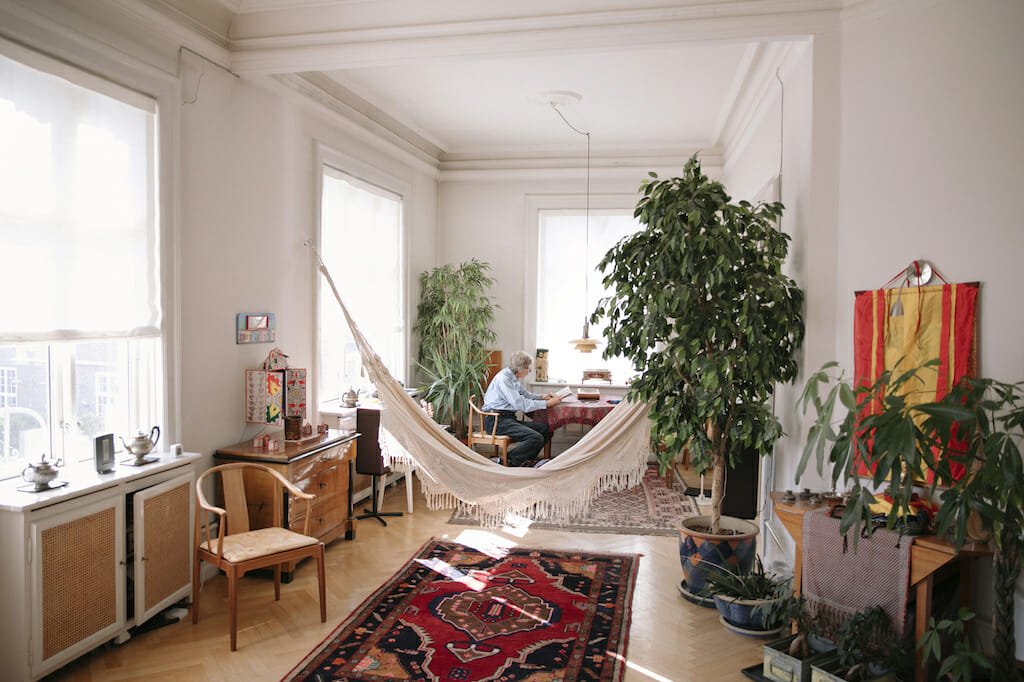 Elsass came close to death himself four years ago. The professor was on the way to a meeting when he suddenly found himself with breathing problems. He turned his bicycle around and cycled directly to the emergency room where he was immediately put on a respirator. It transpired that he had been infected with a rare life-threatening bacteria. The professor was in a coma for a month, undergoing three operations. At several points his condition was so critical that he was about to die.

Death is all too often described in this saccharine way as something sad and unhappy. But my time in intensive care showed me that it is also so much else

During the process Elsass experienced psychosis – possibly due to the trauma, or the morphine. He talks about hallucinations and a near-death experience.

“When I was about to die, my consciousness became completely united with the universe. Death is all too often described in this saccharine way as something sad and unhappy. But my time in intensive care showed me that it is also so much else,” says Elsass.

“I’m lying in my hospital bed, and suddenly there’s a little display cabinet at the foot of my bed with Jesus in it. The music is beautiful. And then I take a piece of firewood from the headboard and hurl it towards the display cabinet, which breaks with a huge bang. Suddenly there is the most wonderful silence and then I see a blue heart. The blue heart sits here on my right shoulder. And it has been there ever since,” says Elsass, pointing to a place on the body where the invisible heart rests.

This powerful experience prompted him to quit his academic role, so that he is now professor emeritus.

“I am not a particularly spiritual person but the experience made a huge impression on me. It was a truly beautiful experience. And I felt in some way, that I had been rescued and born again.”

“No. If that is what it is like to die, then I do not fear death. On one of my travels through Tibet I heard about an older Tibetan lama who was close to death. In his last few hours he was surrounded by a group of lamas who sat and watched over him in mourning, sighing and crying. He suddenly opened his eyes and looked at them saying “Why are you so sad? There is no reason to be sad that I will die. Death is truly interesting. One of the most fantastic things I have experienced. You can cheer up.”