Ravinder Kaur: The administration does not take co-determination seriously 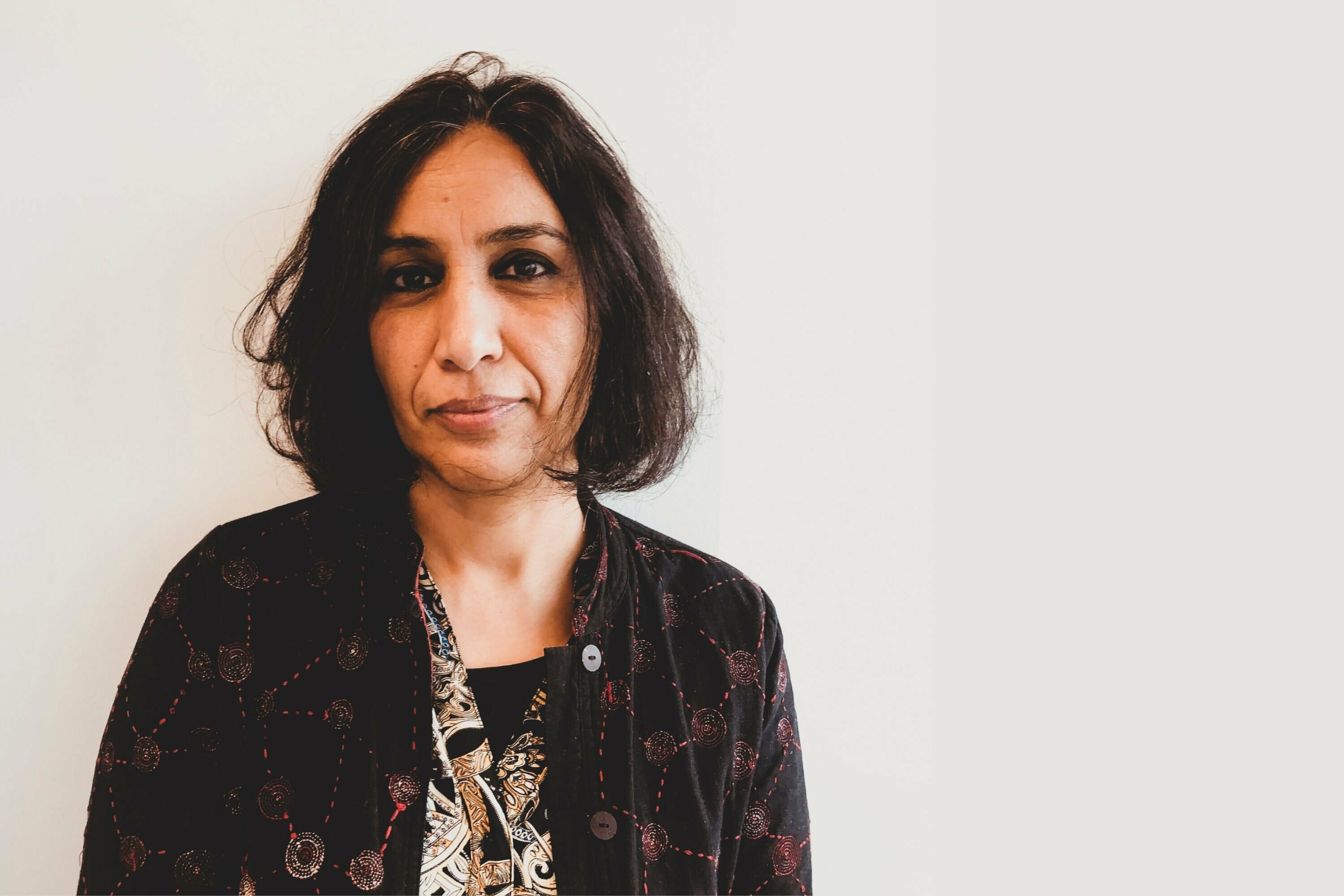 CANDIDATE FOR THE BOARD — Associate Professor Ravinder Kaur calls for more democracy at University of Copenhagen and is looking to take a stand against short-term contracts and what she calls the equality paradox.

Ravinder Kaur scrolls through a document on the laptop screen in front of her pausing at a sentence she has highlighted in yellow. She reads it out aloud:

»The board ensures the co-determination and involvement of staff and students in material decisions.«

This particular passage is probably one of the most frequently quoted parts of the University Act, but Ravinder Kaur isn’t quoting it to celebrate it. She’s quoting it, because she believes the university has neglected to act in accordance with it.

We need to bolster democratic representation on every level.

»We need to bolster democratic representation on every level. Many of the decisions that have been made in recent years have been rushed, because we haven’t had a proper dialogue between the administration and the people with knowledge of the core tasks,« she says.

The people, she is referring to, are the researchers and educators at University of Copenhagen, where she herself has been employed for ten years and is currently associate professor of Modern South Asian Studies and head of the Centre of Global South-Asian Studies.

It has been necessary to cut back on expenses at the university due to political decision making, but according to Ravinder Kaur cutbacks were executed without proper consideration.

»It’s not always a question of simply cutting back on expenses. It has to be meaningful,« she says.

When the administration turns a blind eye

It used to be that staff at University of Copenhagen could voice their concerns in the institute councils, but when a survey revealed that almost half of the participating researchers and educators experienced that they didn’t have any real influence on the councils, the rector decided to close the councils.

According to Ravinder Kaur the institute councils were a mock display of democracy designed to give the administration the appearance of listening to staff concerns which were in fact never acted upon.

However, the associate professor still believes closing down the councils was a bad decision, because they were never replaced by a similar democratic organ.

You can’t have academic freedom, if you’re constantly worried about losing your job.

»They didn’t actually listen to the message many of us were trying to communicate when we participated in the survey. The point wasn’t that we wanted the councils abolished, but that we wanted an actual say in matters and not just an advisory role. The administration never took that seriously,« says Ravinder Kaur.

She returns to the laptop screen in front of her and repeats the passage from the University Act.

If elected to the board, Ravinder Kaur will work towards ensuring co-determination, so researchers and educators feel they have a say in how the university is run.

In order to do so, it is necessary to break with the policy of short-term contracts which is widespread among research hires.

Being hired on a short-term contract means that a researcher is constantly worrying about how to secure employment in the future. According to Ravinder Kaur this has the added negative effect of deterring many researchers from speaking out against the administration.

»If you’re constantly worried about finding your next job it can have an effect on your academic freedom. If you’re always hired on short-term contracts, you may feel deterred from participating in the democratic organs of the university which you should.«

Because you would fear upsetting the wrong people?

The board needs to promote equality and diversity

And that’s not the only problem that rears its head when University of Copenhagen is hiring new staff, explains Ravinder Kaur.

Women are seen as the ones who get special treatment, but in reality only very few women occupy high-ranking positions.

Ravinder Kaur explains that people who argue that there simply aren’t enough qualified female applicants are wrong. But she doesn’t really want to talk about equality, but what she calls »the equality paradox«:

»Women are seen as the ones who get special treatment, but in reality only very few women occupy high-ranking positions,« she says.

What can be done about that?

»For starters we can talk openly about this being a paradox.«

But is that a matter for the board to discuss?

»Yes, of course it is. Who else should do it? The board is the highest authority at the university. It is very important that they actively work towards promoting equality and diversity.«

READ MORE ABOUT THE UNIVERSITY ELECTIONS at uniavisen.dk/univalg2019.