Research communication tips from a winner 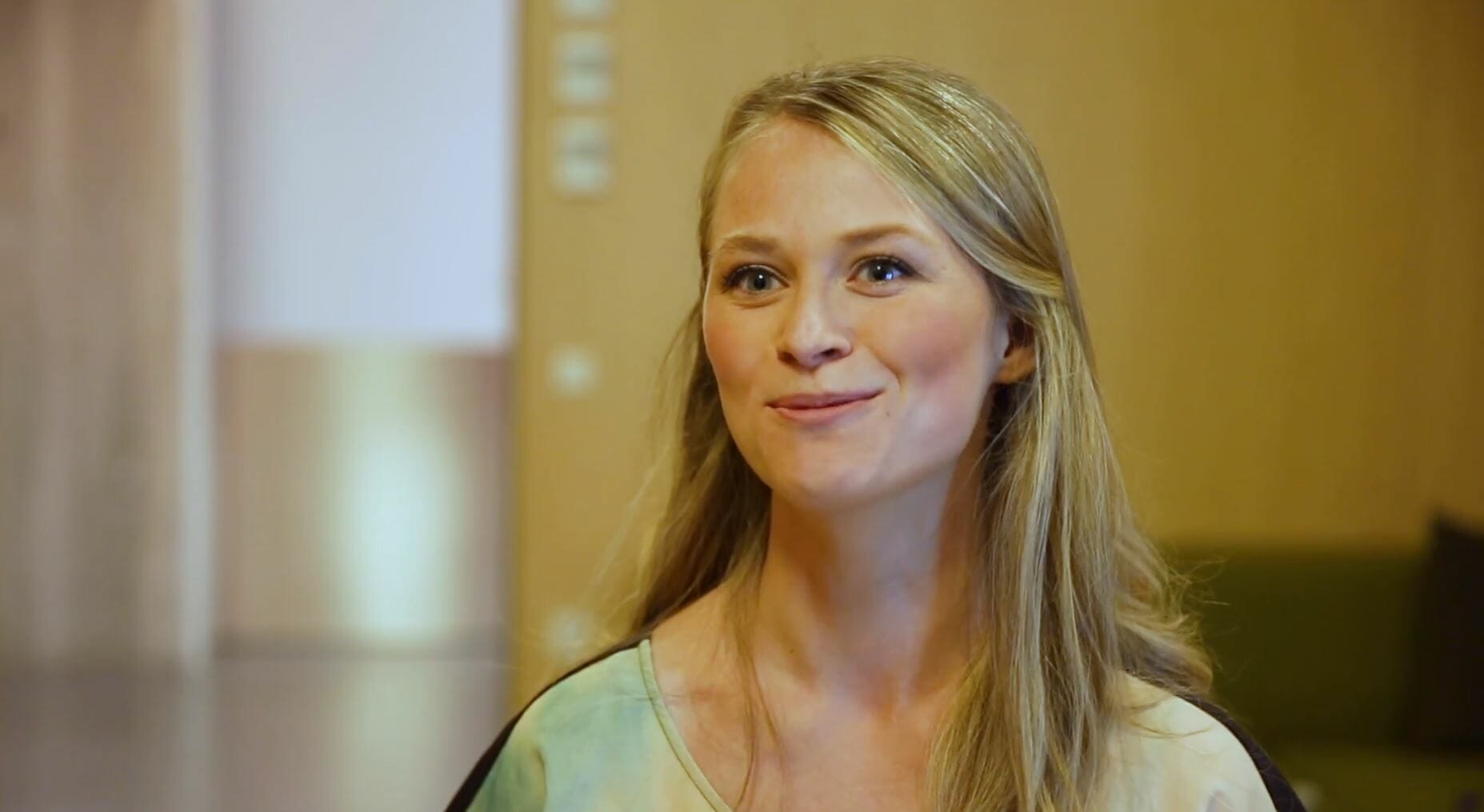 Research communication — Eline Palm Meldgaard from the Faculty of Health and Medical Sciences won the PhD Cup 2019 for her project on parasites. To inspire other researchers and students, she explains here what it was that worked for her in the communication competition.

»Now, you might all have nightmares tonight.« This is how Eline Palm Meldgaard started her presentation in this year’s PhD Cup, a competition in research dissemination for PhD students which was broadcast on national Danish TV in April.

And it may well be that she was the cause of a nightmare or two. The parasitologist’s PhD project is about how parasites, cunning worms that can be up to 40 centimetres long, can make the immune system in humans and pigs believe that they are not present in the body at all. In the meantime, they gorge themselves in the food that seeps down through the intestines.

»I tried to set the stage and arouse interest from the start,« says Eline Palm Meldgaard. »It’s good to put out a surprising teaser, which you can then return to.«

2. Set up an evocative narrative

At the same time, the opening line set up an atmosphere, a bit like what flashlights and campfires do on camping trips: What you are about to hear is a horror story.

However, it was a thriller with an uplifting ending. Eline Palm Meldgaard explained in the end how her PhD project helped to fight the parasites and helped the animals and humans that are plagued by them.

As one of the panel of referees, the Minister for Higher Education and Science Tommy Ahlers, said: »Sure, the parasites fool the immune system, but you also fool the parasites!«

»It’s good to have a bit of relief at the end. As in ‘don’t worry, we’ll take care of it ‘. I had actually considered saying that now you can sleep tight after all,« says Eline Palm Meldgaard.

3. Be specific about the significance of your research

One thing is to capture the audience with a zinger of an opening line. It is something else to convince them that they should not doze off when the science turns up. This requires a response to the million dollar question: What does it matter to me?

»You have to start by marking out the field and explaining why the audience should listen to this. In my case, it is because it is a huge problem,« says Eline Palm Meldgaard.

If the audience had any doubts that she was right, the parasitologist played her trump card in the middle of the presentation: »More than one billion people are thought to be infected worldwide.«

4. Vary the speed of delivery

The sentence was also an example of a rhetorical intervention: When Eline Palm Meldgaard reached the one billion number, she slowed down and looked into the eyes of the front members of the audience.

»As they now had to understand that this also involved them. I think that precisely this was something that they should take home,« she says.

Throughout the presentation, Meldgaard varied the tempo of her speaking. The central points were delivered with a clear, patient voice, but at other times she rammed up the pace, like when she mentioned the ultracentrifuge that she used in the laboratory:

“The centrifuge runs very fast (30,000 revs a minute, ed.), so I started to talk fast. This is also a way that you can link it together,« says Eline Palm Meldgaard.

5. Think about the difficult words – and say them out loud

When the material gets more complicated, she made sure she had plenty of time. And when she got to the word MicroRNA – the molecules that parasites apparently use to limit the host’s immune response – she almost chewed on the syllables as much she could, »without it sounding stupid.«

The newspaper Information focuses on new research in its annual PhD Cup and selects the PhD student who is best at communicating his or her research. Five finalists have three minutes to communicate their research on the stage of the DR Concert Hall in the final show which was broadcast on DR2 TV channel on 26 April.

»During the process, I became aware of the difficult words I use. It’s good to say them out loud to non-specialists to see if there are any of them that only you understand.«

The actor Nastja Arcel coached the PhD Cup finalists before they went on stage, and Eline Palm Meldgaard found out that it was only a few people who had encountered the concept of ‘parasitism’. First Arcel got her to pronounce the word – slooowly and with all the syllables still there. But in the end, she dropped it completely.

»I still think it’s okay to use difficult words, however. You just need to pronounce them clearly, and you should not just fling them out there like you normally do.«

6. Link up to the stuff that is familiar

»People in general should be able to relate to what I say,« says Eline Palm Meldgaard.

Take the ultracentrifuge for example: It is a machine that is only in highly specialised laboratories and it separates particles that are not visible to the naked eye. How do you get people to relate to it? You can play on what is already familiar:

»People have got no idea what a ultracentrifuge is. But if you say that it is a bit like a washing machine, but much, much, quicker, then they can understand. So I said it.«

7. Practise with no inhibitions

When Eline Palm Meldgaard showed up in the studio on the day of the final, she really had the jitters. But her nerves calmed down as she moved around the stage and practised.

»You just have to pretend it is the real presentation. This makes you feel more confident afterwards, because you know it works. If someone is listening, you can also feel whether your jokes work, or whether they just sit there staring,« she says.

8. Size up your audience…

When you then actually do the presentation, it is important that you don’t just reel it off, says Eline Palm Meldgaard. You need to focus on, and be in contact with, the audience, so they don’t drift off.

»It’s hard to change what you’ve planned to say, but you can perhaps adjust the way you say it. I also think it’s okay to ask the audience whether they are with you, or whether you need to repeat a point,« says Eline Palm Meldgaard.

»It is important that people understand me, because it is not for my own sake that I am standing there. Fortunately, my grandmum said that she understood everything.«

9 … But don’t underestimate them

Eline Palm Meldgaard ended up not using the word parasitism, but she kept ‘MicroRNA’, even though the number of audience members who had heard this word before could probably be counted on one hand – or perhaps just one finger.

This is crucial in research communication: You do have to express yourself so most people can understand it, but you must also challenge your audience.

»Insist that they can understand your central ideas. It is not a show for kids, but for adults, and you should not talk down to them. They are not stupid,« she says.

“It is also important to keep the scientific part of the presentation and make sure that you do not just tell a story. It’s about finding the right balance.«

10. Be yourself – and don’t hide your enthusiasm

Both the coach and the referees commented on the enthusiasm of Eline Palm Meldgaard for her topic:

»It might be absurd that I find it fun to mess around in the guts of pigs, but many people have told me that they liked my enthusiasm. I never thought there would be a risk that people would not take me seriously. And I don’t really care. That is their business,« she says.