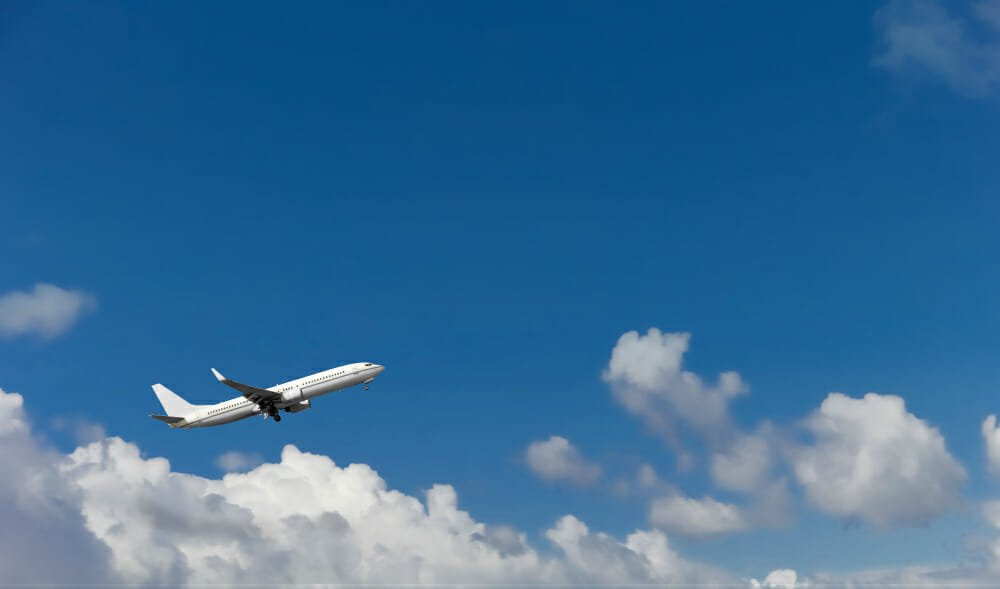 Climate — The University of Copenhagen has in recent years used a model to calculate air travel CO2 which may underestimate the scale of the emissions.

In the Excel sheets at the numbers are not etched in stone.

As team leader for the University of Copenhagen’s (UCPH) Green Campus initiative, Tomas Refslund Poulsen has to constantly evaluate whether the university achieves its green objectives, and it is not always an exact science. As research develops, so do the figures.

But according to Green Campus the numbers in recent years on CO2 emissions from the university’s flight travel should have been higher.

Green Campus opted to replace the previous conversion model on air travel in 2016, that is, the model which calculates CO2 emissions from air flights. They chose to use the conversion model from UCPH’s travel agent, the business travel agency Carlson Wagonlit Travel, which also launched a new and more flexible IT system to process air flight travel data.

The switch to the new system, including the conversion model, was not just a technical upgrade however. It was a choice that had a significant impact on the CO2 bottom line. According to Tomas Refslund Poulsen the transition meant that the transport sector went from taking up 35 per cent of UCPH’s total CO2 emissions to 28 per cent with the new method. This is at least what it looked like in the green accounting statements.

The reason is simply that Carlson Wagonlit’s model ends up with a lower number than the previous method.

As to whether the numbers are more correct or not: This is another matter entirely. Tomas Refslund Poulsen says that Green Campus has got smarter in terms of its use of the conversion models. Now it, once again, is considering switching to a new model.

»It is important to emphasise that there are big uncertainties in this area. But the CO2 factor per passenger kilometre, which was previously used, may have been more accurate than the CO2 factor we use now,« says Tomas Refslund Poulsen.

Green Campus is now considering switching to a model developed by

»Clearly it affects the total, depending on whether we use the one or the other model,« Refslund Poulsen says:

»But the reality is, that we are constantly getting smarter. And the methods get better. When it turns out that reality is a little bit more complicated and looks different from we previously thought, then we just have to accept it and deal with it. To claim an eternal truth is more problematic.«

The emissions according to the experts

Tomas Refslund Poulsen is right when he says there are no simple answers when you look at aircraft CO2 pollution.

The University Post asked Eigil Kaas, who is professor of climate and geophysics at the University of Copenhagen, to present an estimate of how much CO2 is emitted on a trip to Beijing. The professor emphasises that there are large uncertainties. But he estimates that a flight packed with a normal number of passengers will release 750 kg of CO2 per passenger. The number is significantly closer to Carlson Wagonlit’s calculation than to that of Atmosfair, but it is still about 50 per cent higher than the one that UCPH uses.

Brian Vad Mathiesen, professor of energy planning at Aalborg University, believes that Atmosfair’s numbers are the most reliable. He emphasises that one of the factors that may result in large differences between the calculation models, is the extent to which they include other forms of pollution apart from CO2 emissions, including water vapour – which is also a greenhouse gas. Atmosfair converts the total climate impact to CO2, but outlines on their website that the number is more complex.

Several researchers in the field refer to the Danish green think tank CONCITO. In a memo on air travel, climate, and compensation from the beginning of February, CONCITO states that they do “not have the option of determining which calculators are the most ‘real’.« The conversion models, they write, draw on different databases for air traffic and include factors like ‘passenger densities’, fuel efficiency and distance differently. And CONCITO is not aware of any comprehensive meta-study which determines the models’ precision.

The think tank has written, however, on several occasions that they take Atmosfair as their point of departure because “their calculation method is relatively balanced and well documented, and at one point has been quality assured by the German environmental authorities”.

In the memo however, the think tank also writes that offset organisations like Atmosfair have an interest in exaggerating emissions, because it triggers higher compensations from consumers, and that the airlines have an interest in doing the opposite. The business travel agency Carlson Wagonlit is not, however, mentioned in the memo.

The question is why the University of Copenhagen shifted to Carlson Wagonlit in 2016 at all. Why do you change to a new conversion model in a completely different company, when you are in doubt about which calculations are best aligned with reality?

When we report, we need to state that new methods of calculation indicate that emissions from air transport are somewhat higher. We need to add this caveat.

»We were not really in doubt,” says Tomas Refslund Poulsen. »We clearly thought it was a more accurate calculation.«

Maybe I am projecting ulterior motives to the companies, but it cannot, for me, be surprising that Atmosfair has higher numbers than Carlson Wagonlit. One is an offset-company, the other is a business travel agency. Was this something that you considered when you shifted to Carlson Wagonlit’s model?

»No, not really. And I really do not know whether Atmosfair was available at that time. We’re talking about 2016 – and a lot has actually changed since then in terms of knowledge. You might well think that we should have done a more thorough job in investigating the models. But on the other hand, it turns out that there are many uncertainties associated with these accounts. We found a method, which we considered to be better. That this was perhaps not the case, this is something that you can regret when you look back.«

Can we go back to how it was before?

»No, because it is important to remember that we in the new system also got better data on the number of journeys, and it was generally easier to extract data about our air travel. So you can question the CO2 conversion, but the overview that we now have is much better, and generally we have a better tool.«

It looks like the University of Copenhagen can announce next year that it reached its 2020 target of a CO2 reduction of 65 per cent per full-time staff equivalent. But in view of all this uncertainty, is it not quite clear whether this is correct?

»When we report, we will state that the new methods of calculation indicate that emissions from air transport are somewhat higher. We need to add this caveat. The University of Copenhagen is to formulate some new targets after the 2020 strategy, and it goes without saying that we can look at other, and perhaps better, methods in the air travel area.«

It has not been possible to get a comment from Carlson Wagonlit Travel.

This article has been translated from the Danish by Mike Young.