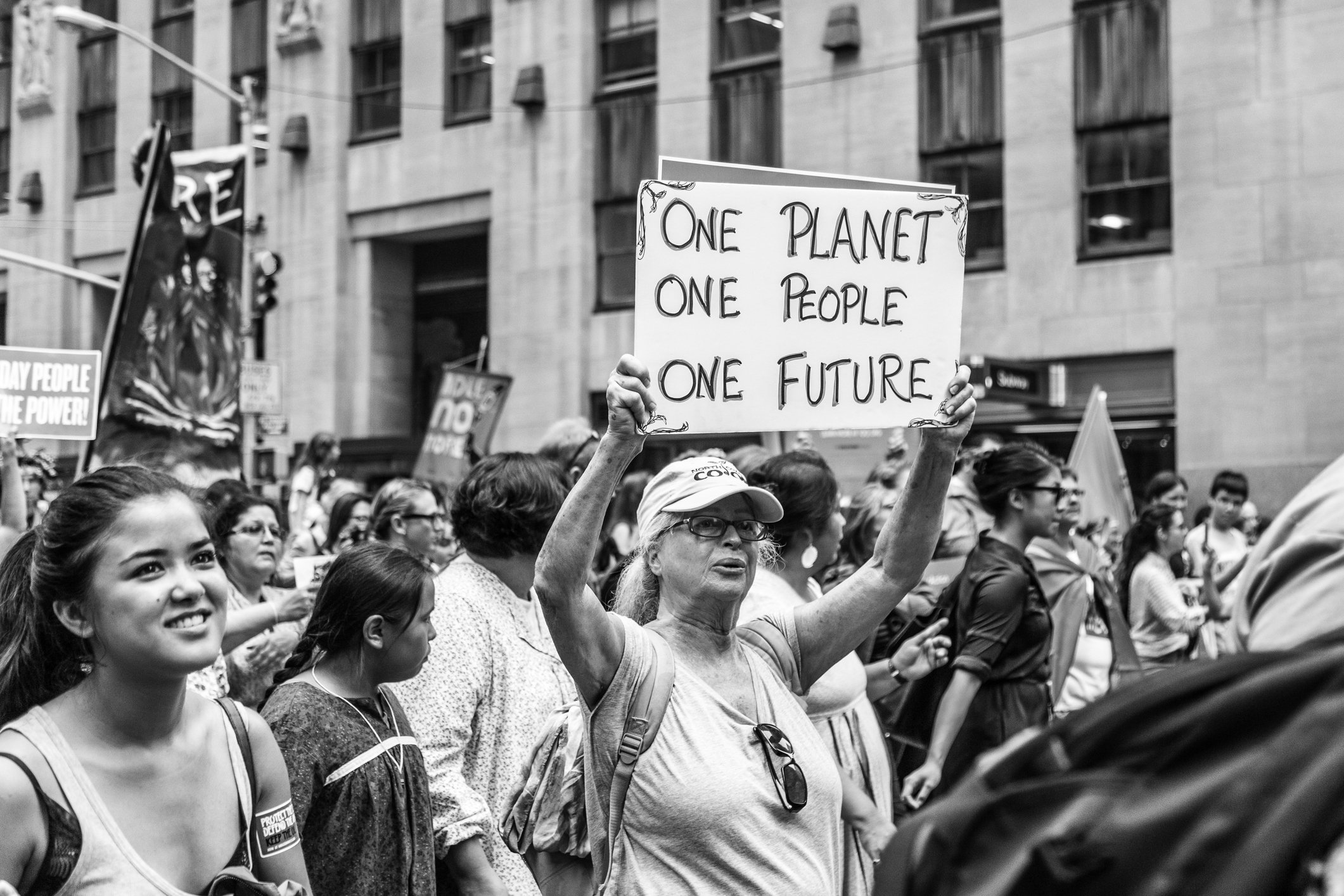 A protest against climate change, in New York in September 2014
image: Istock

Fake news — Does it upset you that politicians ignore scientific facts when they make decisions? Then you have the chance to make your voice heard by protesting on 22 April

A group of researchers – including researchers from the University of Copenhagen (UCPH) – have joined forces with the Danish Association of Masters and PhDs and the Danish Science Journalists Association, in an effort to protest against what they perceive as increasing political interference in research and a lack of respect for scientific knowledge.

Thereby making Copenhagen one of the 396 cities across the world that will host a protest called “March for Science” on 22 April.

A protest that the organizers call »a defense for science, evidence based policies and public enlightenment.«

A duty to get involved

Camilla Gregersen, head of the Danish Association of Masters and PhDs (DM), says that the trade union supports the protest because it has experienced that its members, including those employed at universities, are experiencing pressure to not openly express themselves and disclose the results of scientific research.

»Researchers have a right and a duty to get involved in the debate. If they are afraid of the consequences, I would advise them to seek support and guidance from their trade union,« she says and adds:

»We have to defend independent research and make it clear that knowledge and opinions are two entirely different things.«

The president is a climate skeptic

The March for Science can largely be seen as a reaction to the situation in the USA, where the election of Trump means that the country has a climate skeptic as its president. Trump enjoys tweeting and has a casual approach to dealing with scientific facts.

The march starts in the southern corner of Fælledparken behind the Niels Bohr Institute on Saturday 22 April at 13:00.

The exact route to the Parliament (Christiansborg) may change because it is still pending government approval.

Anja C. Andersen, lecturer at the Dark Cosmology Center, at the Niels Bohr Institute, the University of Copenhagen, will give the opening speech, but there will also be other forms of entertainment.

Keep yourselves informed about the event by visiting their website.

He has tweeted that global warming is a hoax designed by the Chinese, and that scientists have admitted that climate change is a hoax that they have made up.

However, what concerns Camilla Gregersen is that even in Denmark, we are seeing a tendency that politicians try to control research and ignore the scientific experts.

She points out that leading up to the so called ” researchers had to sign a confidentiality agreement with the Ministry for Environment and Food, which meant that the researchers were not allowed to disclose the results of their research before the “agriculture package” agreement – which would lead to higher carbon emissions – was approved.

Recently the Minister for Higher Education and Science, Søren Pind, sent a bill in for consultation that would give him more power, by enabling him a greater influence on the appoint of the chairman and other external members of the universities board of directors.

»The politicians have to respect research and its innovative force, which society needs. In order to ensure the impartial, knowledge-based approach of scientific research, the universities must be independent of political control,« says Camilla Gregersen

That does not mean that politicians cannot disagree with the results brought forth by researchers, but their disagreement must be based on solid information, she says.

»The Politicians need a powerful knowledge base in order to make the right decisions. We must bring knowledge and research into play. We are facing major climate changes, and we must not ignore the research, « says Camilla Gregersen.

The organizers emphasize that this march welcomes everyone that is concerned about the development:

»If you believe that knowledge and evidence should be the basis for political decision-making and social development; if you believe that no one in the world, should be able to ignore, suppress, set aside, or deliberately misinform others about overwhelming scientific evidence, and about developments concerning the environment, climate, health, resource consumption and biodiversity that require action, then come along and join us,« it says on the website for the event.