Return of the TAP prize 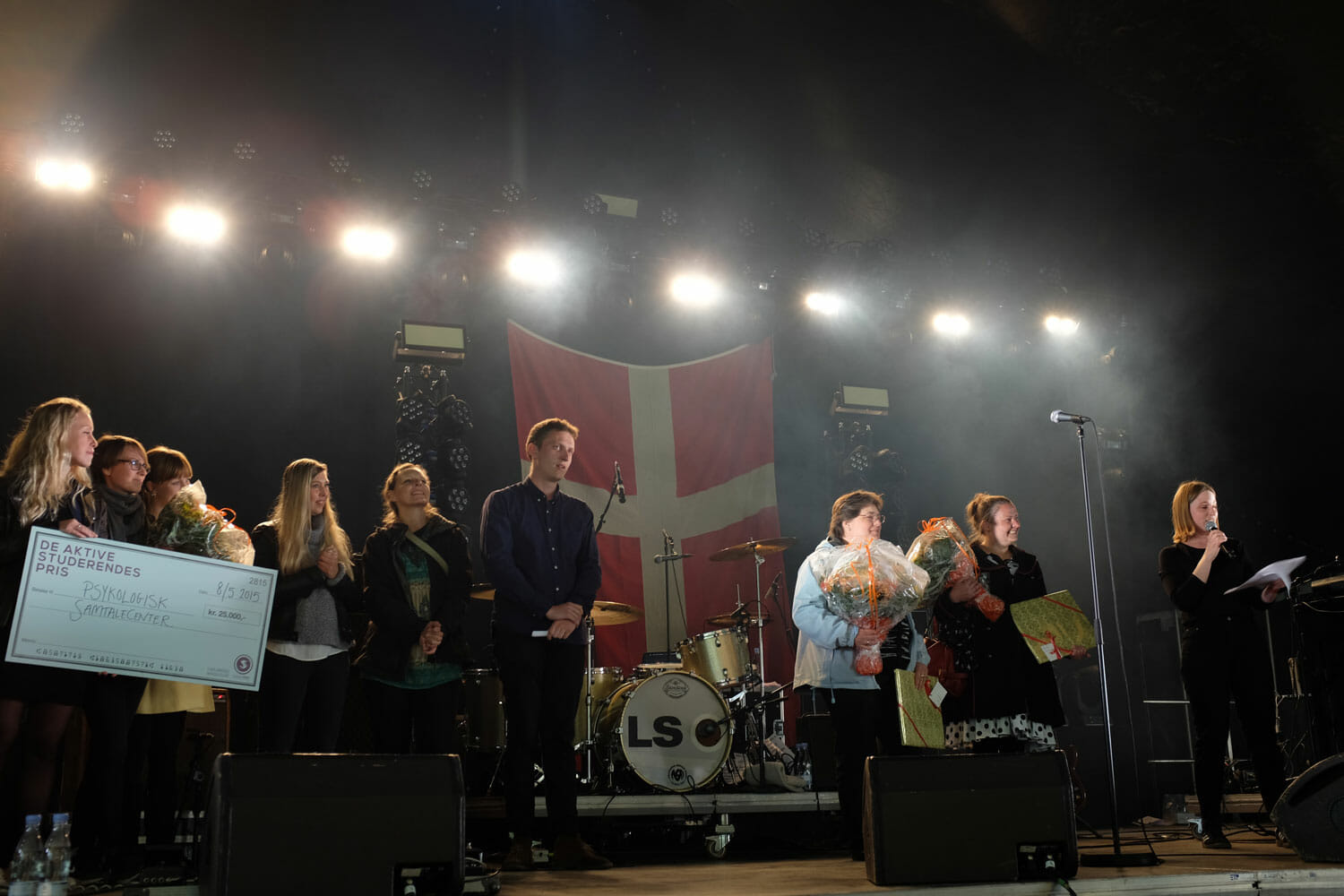 The TAP prize honours technical and administrative staff at UCPH and is awarded at the Spring Festival (image from the award ceremony in 2015).
image: Lene Munk

Hæder — After a one year break, the TAP Prize is back to celebrate 'technical/administrative staff who make a special difference to the education community at UCPH'. The students can now nominate candidates for the prize, which will be awarded at the Spring Festival.

The Studenterhuset and the Student Council report that they are ready to receive nominations for the TAP Prize 2018, which will be awarded at the University of Copenhagen (UCPH) Spring Festival on 25th May.

After being awarded in 2015 and ’16, the prize had disappeared from last year’s festival program, but now, yet again, one or several of the university’s technical-administrative staff [=TAP’s, ed.] are to be celebrated.

It could be the student counselor, who always had the time to help you when you got lost in the curriculum, or the campus officer who stayed an extra hour at an event …

The organizers ask the students in a press release to “nominate that group of TAPs or that individual who you think has made the biggest positive difference to your student life or to the University of Copenhagen in general.”

Student Mathias Kortegaard who is chairman of the Studenterhuset explains the prize in the press release:

“The daily encounters between students and UCPH’s administrative staff can sometimes be full of conflict. We are certain that the employees occasionally think ‘why are the students making such a mess of everything?’, and the students sometimes think ‘why have they not got control over this exam registration?’. But in fact, there are far more good than bad encounters, and a lot of people make an effort above and beyond their duty to keep the UCPH wheels moving and to create a positive education environment.”

“This is why we took the initiative to set up this prize, which is to show the students’ appreciation of the people who make a special effort to support UCPH’s education programmes.”

Here is how you nominate someone for a TAP prize

The daily encounters between students and UCPH’s administrative staff can sometimes be full of conflict […]  But in fact, there are far more good than bad encounters,

In the press release, the Studenterhuset and the Student Council invite students to think out of the box when they nominate:

“It could be the student counselor, who always had the time to help you when you got lost in the curriculum, or the campus officer who stayed an extra hour at an event, or the architect who made sure that students were involved in classroom planning. Or maybe someone who you don’t even meet on a daily basis, but who really makes a difference.”

You nominate candidates for the TAP Prize by downloading a nomination form on www.kufestival/tappris and submitting it to kontor@studenterhuset.com no later than Friday, 6th April at 12.00. A prize committee consisting of students will then select the year’s prize recipients, who will be honoured on 25th of May in the Universitetsparken during the Spring Festival.