Ringmaster in the kitchenette

My job — There are just under 10,000 staff at UCPH. One of them is the circus director 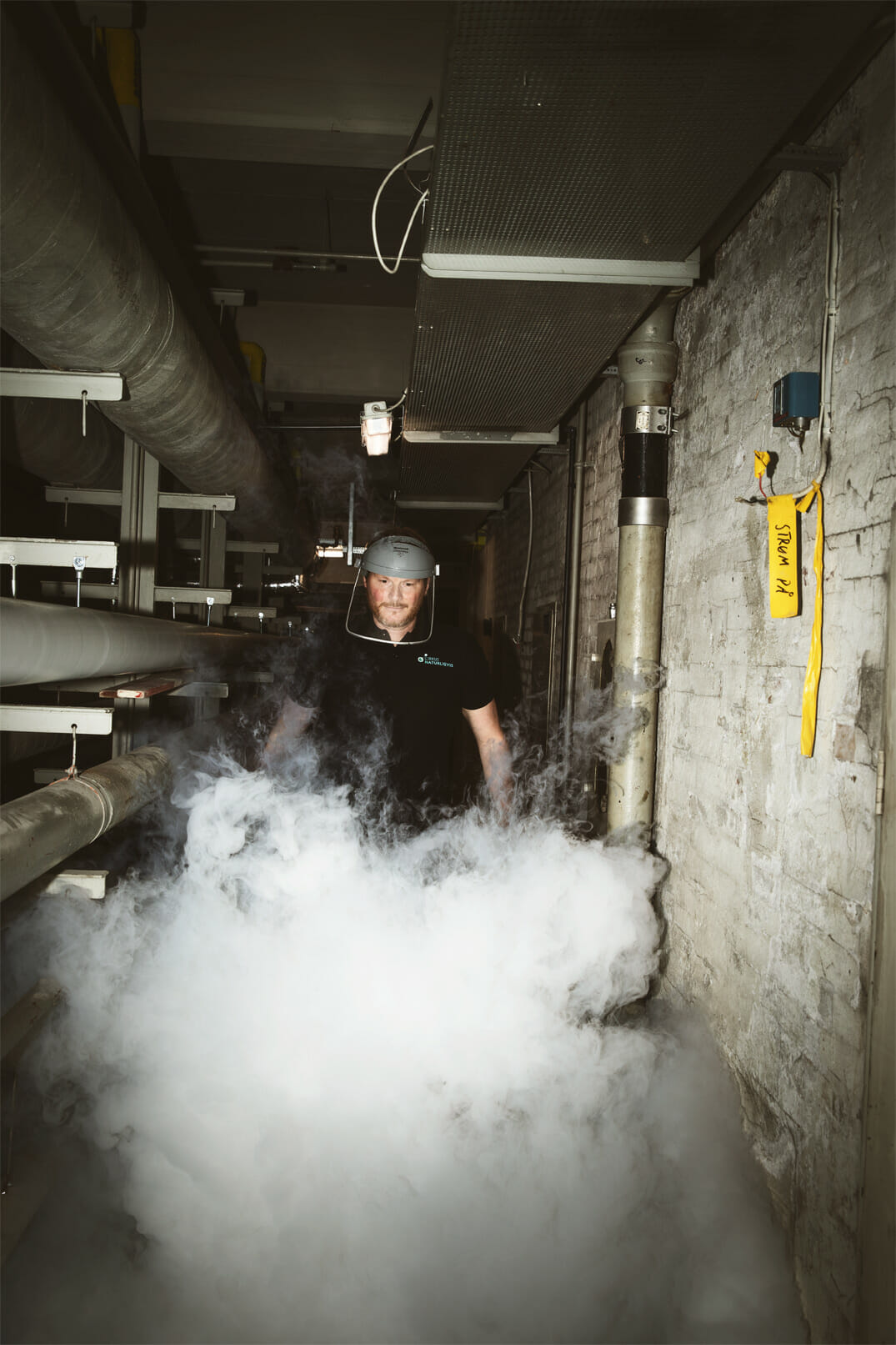 Nitrogensky - Cloud of nitrogen - Torben Ingerslev Roug demonstrates one of the Circus Naturligvis experiments that is a real hit with the school children: Pour boiling water into a box with liquid nitrogen, and you have an instant cloud.
image: Jonas Pryner
by: Dennis Christiansen
Editor-in-Chief (2014-2018)

“I sometimes introduce myself as a circus director. And it is not completely wrong. It really does require some serious ‘juggling’ to get it all to hang together.”

Torben Ingerslev Roug, receives me in his office – a 60/40 mixture of an office and a kitchenette with a view to the rear side of the UCPH buildings on Thorvaldsensvej and Bülowsvej.

There are always students on their way in and out of the door. In three years, all of my staff will have been replaced

The juggling is a result of his high staff turnover. He heads the 50 student assistants which each year introduce approximately 20,000 primary school pupils to the world of the natural and life sciences. This takes place either in the school service rooms in Frederiksberg, Copenhagen or on the roadshow ‘Cirkus Naturligvis’ [=’Circus Naturally’], which visits primary schools on Zealand and the Danish islands.

“There are always students on their way in and out of the door. In three years, all my employees will have been replaced,”

With 20 new hires a year, his job consists in a considerable amount of job interviews, job transfer and coaching. But not only this:

“If this turns into a kind of pure management, I will just die. I have to be able to try out new formats and themes, so that we keep on being interesting to our surrounding society.”

Right now Torben is putting the finishing touches on 400 experiment kits. They are to be sent out to schools, so that the pupils can experiment with cultivating bacteria and finding out how much gas comes out of a good portion of sour cabbage. 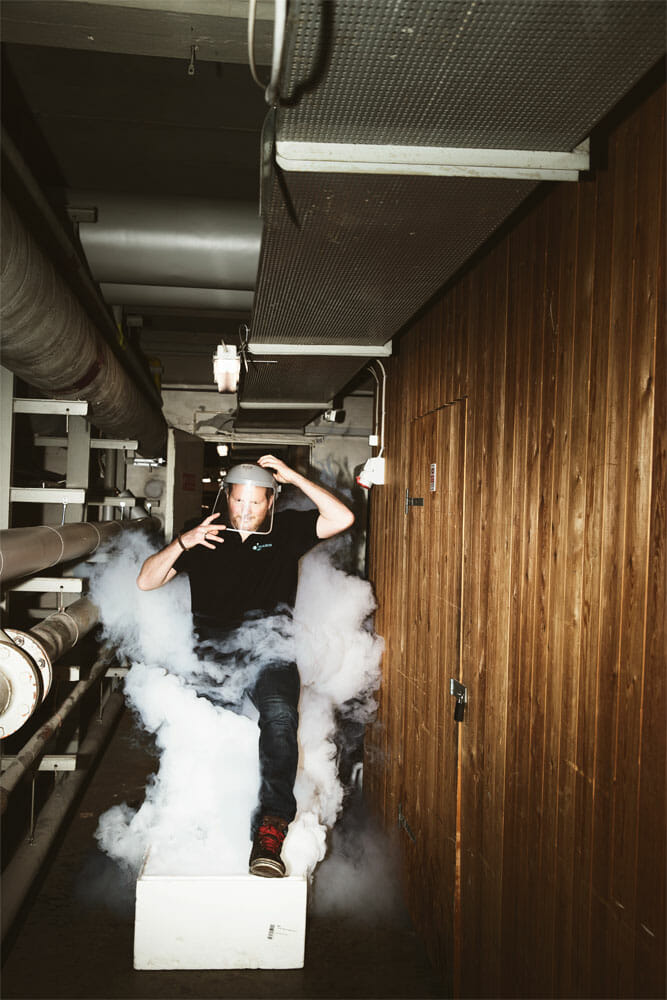 “If I ever got bored, then there was always a merger “

There is good reason for Torben having an office in a kitchenette. The teachers chat here over a cup of coffee while the pupils are instructed in the laboratory next door – and this gives him valuable insight into the world that his teaching activities are to fit into.

“The teachers at schools have changed. They make the requirement that there is a clear teaching objective. In this way, they have become better, and more critical.”

He has taught at a school in Birkerød, after he graduated as a biologist. When the old Royal Veterinary and Agricultural University KVL offered a part-time position to set up a school service, he pounced. And UCPH has ensured that he has work-related entertainment ever since:

44 years old Head of the school service and Cirkus Naturligvis at the Faculty of Science.

Has taught the oldest classes in primary school in Birkerød in physics, chemistry, biology, geography and mathematics.

“If I ever got bored, then there was always a merger or something else that shook everything up. And now I’ve been here for 13 years.”

The budget cuts in 2016 were so harsh that they threatened to close down a large part of Torben’s efforts. Luckily, he managed to get hold of a five-year grant for the Cirkus Naturligvis.

“It is a seal of approval that we managed to secure funding. Indeed, once you get external funding, you never go back.”

In four years, Torben has to find new funding “just like researchers do.”

The last three years, the school service was to scheduled to move to other rooms in Frederiksberg, because the current rooms were to be demolished to make room for the Plant Science Centre II. This moving project has now been put on hold while UCPH and the Danish Building and Property Agency fight over construction costs. Irrespective of the outcome, he is not bothered by the prospect of moving:

“I’m not a politician or an activist. If I have to go to some other location to do my stuff, I will do it. This is part of being employed as administrative staff in an organisation. The good thing about it is that I always have a relatively new staff group that don’t worry about how things used to be.”