Sarah Hellebæk helped start The Green Student Movement: »My indignation is so real« 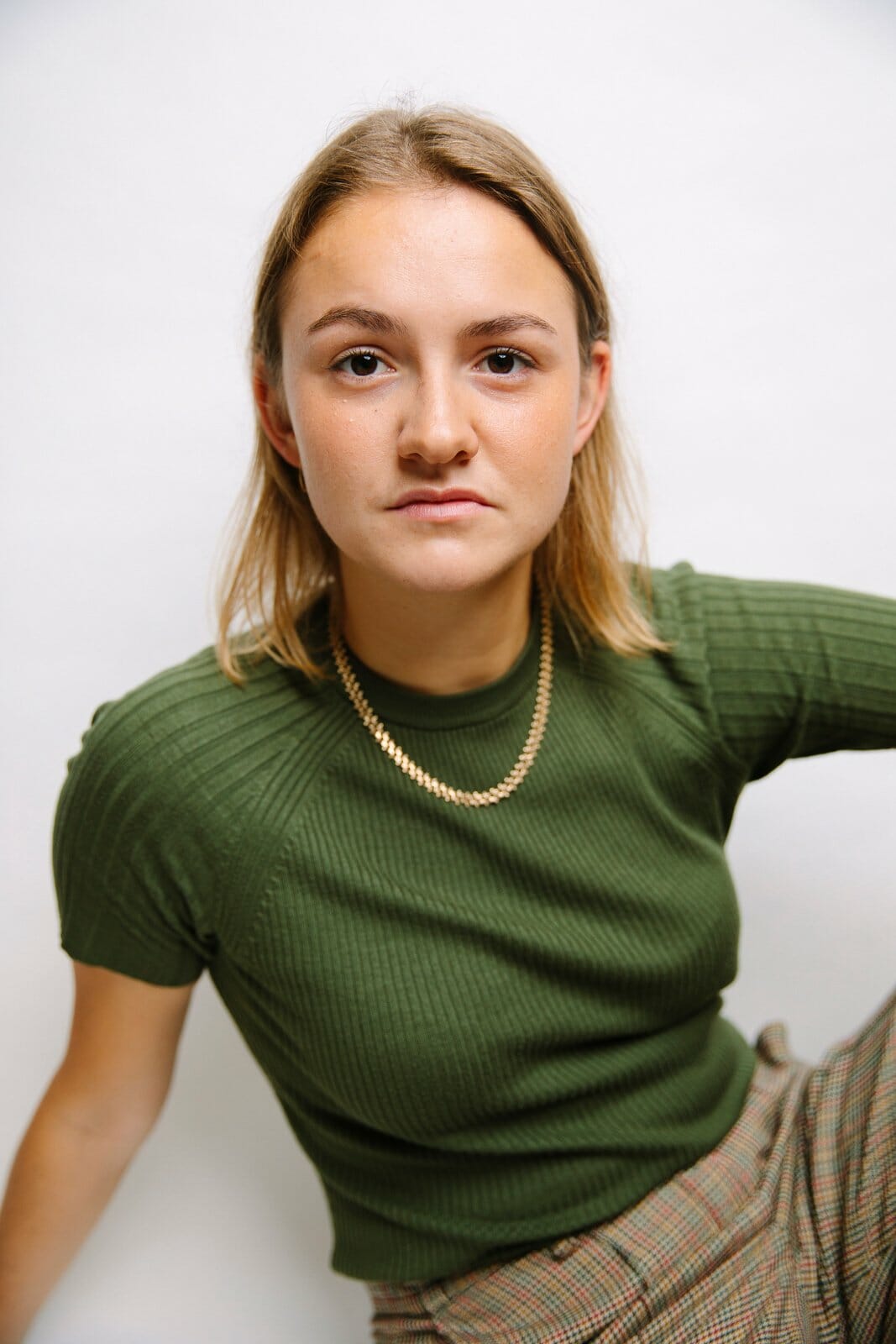 Rebellion — »Being an activist and fighting for a world that is more just is a fundamental condition of my existence. It only stops when I am no longer here. It is part of my existence. This is how I look at it.«

Sarah Hellebek helped start The Green Student Movement (Den Grønne Studenterbevægelse) and the Folkets Klimamarch demonstrations. She is 24, studies agricultural economics at the University of Copenhagen, and teaches two courses at the Krogerup folk high school (one of which is titled ‘The World is on Fire’, the other is called ‘Earth calling’).

It is not just about greenhouse gas emissions, it is also about how to create a good life. How can I live my good life and enjoy the freedom associated with it, without compromising the lives of others? This is a huge challenge.

And I can’t solve it by myself.

I can’t do anything alone. In a way, this is an insight that is tough to cope with: I am not worth much alone. I try to not be left with apathy, and seek out the communities where I think it is most sensible to take action.

When I started at the University of Copenhagen, I became part of the Student Council and followed the struggles over education policy. I always thought that it is really important to be a part of the struggle for the institutions that you are a part of. This goes way back to primary school, where I was on the pupils’ council.

I have worked as a student assistant at the University of Copenhagen’s Sustainability Science Center and assisted Katherine Richardson with her research. She has just helped publish a large UN report, and we student assistants were given the chance to do something for this. It was really exciting, and it was here that I found out that my own study programme should be one hundred per cent focussed on climate change, so I would also like to study the master’s degree programme in climate change.

In the spring of 2018, I came into contact with Jens Friis Lund, who is professor at the Section for Global Development, because I wanted have him as supervisor on an internship. After we had held a few meetings, he invited me to a meeting where we were a lot of young people at his apartment, because there were green groups at different faculties and universities, where Jens had been asked to come and talk. He had suddenly made contact with a group of students who did not know each other, but who, all of them, wanted to do the same thing.

The Folkets Klimamarch group and the Green Student Movement evolved from this.

In May, we started doing Monday workshops in the Studenterhuset café. When new people came to the meetings and they asked what the Green Student Movement was, we did not know what to say. We said: Let’s create it together.

The autumn of 2018 was mostly spent writing up a political programme and approving what it was we wanted to achieve with the movement. We tried to create a structure, because otherwise it just became a bunch of threads on messenger. When you start something like that, everything is being negotiated, so it was about creating transparency. This has been crucial because it is a movement, not an organisation. There is no chairman, but a flat structure, and to set this up in practice is a challenge.

It is as if we are standing in front of a huge wall, and if I look at the entire wall, I am overwhelmed with apathy. I don’t like to say it out loud, because I don’t think it does any good to dwell too much on the apathy. Instead of standing with your arms crossed and not believing that I can break down this wall, I stand and scrape at the cement around the bricks in one place. And I get motivated from knowing that there are people who I don’t know that are scraping on the cement somewhere else. Suddenly a brick falls out. This is what happened when we started the Green Student Movement.

We have to celebrate it when the bricks fall out, the minor victories, because otherwise it all gets to be too heavy a burden. I don’t have a choice. I have to do something. My indignation is so real. It is an objective in itself to do something, because then I can say: I tried, I was there, and I fought. Being an activist and fighting for a world that is more just is a fundamental condition of my existence. It only stops when I am no longer here. It is part of my existence. This is how I look at it.

When older people praise my commitment, it f...... provokes me.

In an interview on the news site Zetland, I said that I doubt whether I want children because of the climate crisis. There were some really strong reactions after this interview and people were upset by hearing it, but it was important for me to say it loud that I have thought about it. I have to ask why I have these thoughts at all. What is so wrong with the world that we live in that has me doubting whether I want children?

I am deeply concerned about how people on this earth will have to live in one hundred years’ time. How much war is there? How insecure is it?

Thinking about living conditions might be more tangible for people than a graph over temperature increases.

What we do makes a difference. It is in these communities where I can see that we are moving something that I experience the most hope and joy in my existence. I have no doubt that it changed the Danish general election campaign that we did the climate march. That we got 40,000 people on the streets across Denmark. It changed the election campaign.

When older people praise my commitment, it f……. provokes me. Don’t sit down and say to me that it’s nice, what I am doing. Get started yourself. You also have a responsibility in your generation.

If people of my own age do not realise that they have to do something, if they live in denial, then I get frustrated. Why don’t people find something to be wrong, when something is wrong? But we have to understand why they are standing on the outside. How do we give them the experience that they can, and should, do something? Not everyone has to organise a climate march, but people need to understand how they can contribute. In their professional roles, for example, or when we need people to show up for demonstrations, or vote for the climate at elections, at university elections, for example.

I don’t know how to transform Denmark. I don’t have all the answers. That’s why I go to university, but I’m only learning a small segment of it. On the other hand, there are super-competent researchers who keep calling out, so listen to them! Go to the politicians: We will not accept the way you run society. We have a global and historical responsibility, also for what is in store for the future.

We have to make the minister aware of it. He has to understand that his ministry is for us. If you can continue to talk about tenders for more oil extraction from the North Sea, you have clearly failed to grasp it. Then it all becomes a satire: Is it idiotic, or is it evil? And there will be indignation, because it is, goddammit, not okay.

We need to get even more involved, and we need to be more visible in the streets. Historically, when social movements really have changed things, then it has been with lots and lots of people on the streets. We must not let politicians believe that we have sat back, because the election was an election about climate.

People need to stop believing that what they do is of no use. It is true that if you look at the big picture, then one flight does not change anything relative to all the flights. But we need to go out of that kind of arithmetic.

People need to understand all their options for exercising their democratic rights. They can participate in demonstrations and citizens’ meetings, write letters to the editor, vote for politicians who are the most ambitious in their green policies, and show support for the movements that fight, day and night, for climate justice.

It frustrates me if people think that it doesn’t matter or not whether they turn up at demonstrations. It does matter.

It is only as a community that we can change things.