Scientists now want to find out whether the animals are happy 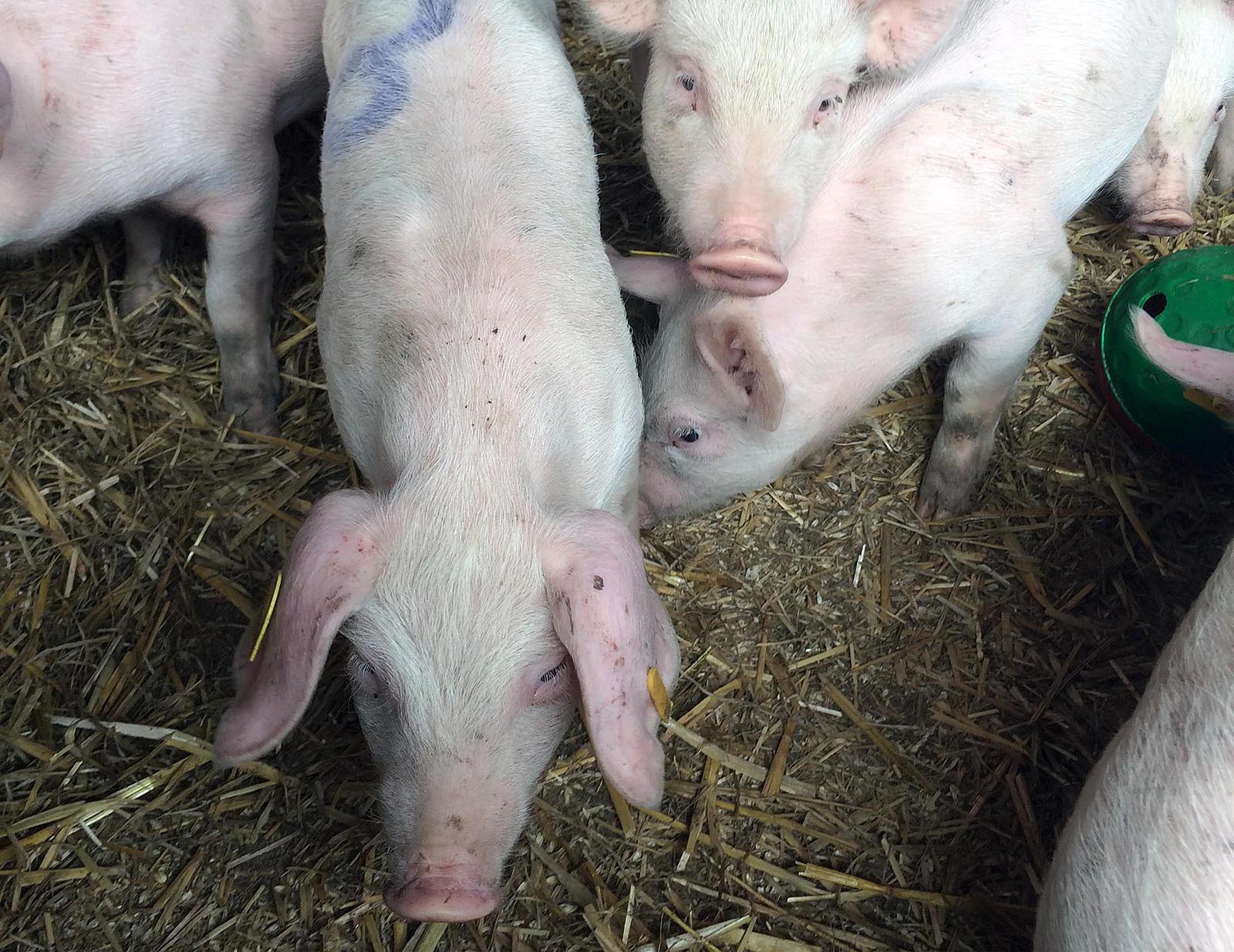 To be happy or not to be happy – this is the question for scientists in animal welfare. Scientists have made gains in interpreting pigs’ spontaneous displays of emotion in a large international study.
image: Elodie Briefer

Animal welfare — How can we know what animals are feeling? Researchers at the University of Copenhagen are getting closer at finding out in a large study of pigs.

Research into animals’ feelings only started to become a recognised discipline relatively recently. Research has accelerated, in particular, over the course of the last 20-30 years.

There has actually been a minor revolution within the field, according to Associate Professor Elodie Briefer of the University of Copenhagen’s Department of Biology.

»Before 1980, it was usual to assume that animals’ emotions were not something we humans could observe. It was almost taboo to talk about this topic. And even today I meet people who are surprised that we conduct research into animal emotions, and that animals have emotions,« says Elodie Briefer.

But the researchers know more now:

»We have been given methods to investigate animals’ emotions, and they work, even though they are still hotly debated. This applies particularly to the question of how we define animal emotions,« says Elodie Briefer.

And her research is becoming increasingly important.

»It is becoming widely acknowledged that animals (livestock and domesticated – ed.) need to thrive. It is not enough that they are in good physical shape, or that you do what you can to reduce negative emotions,« says Elodie Briefer. 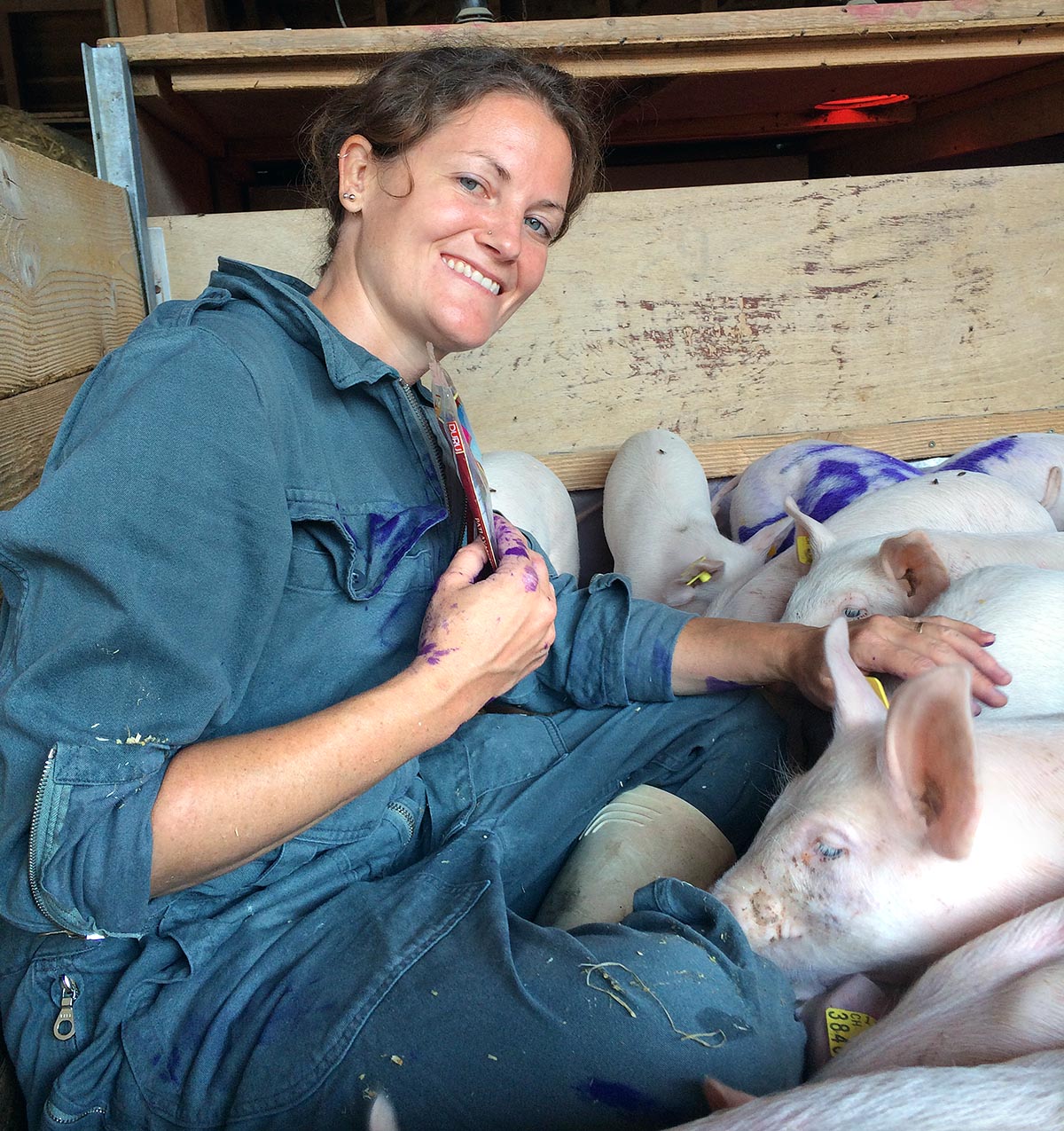 Within the field of animal welfare ethics, there is now the ambition of strengthening positive emotions of animals. According to the principle of positive welfare, good animal welfare is not the same as the absence of pain and other negative experiences.

»There is, in other words, a growing interest in animal welfare and this is the driving force behind research into animal emotions,« says Elodie Briefer.

Is your dog happy? Check it on your phone

In fact, she believes, things are moving towards being able to download an app for your phone, telling us whether, say, our dog is happy, stressed or sad.

»This is not unrealistic,« says Elodie Briefer.

This is possible, theoretically, already today. These kinds of apps already exist, based on a catalogue of sounds, which are either categorized as positive or negative.

The apps, however, have not been so far based on scientific methods, according to Elodie Briefer. Animal emotions cannot be assessed solely on the basis of their sounds in this way. First we need more studies, with many different animals, observed in many different situations, and in many different ways. And there is the need for more research with good data, before an app like this can be scientifically valid.

Hard to measure the quality of animal emotions

The researchers can actually both measure the strength of animal emotions, and the quality of them – with the latter being a more, or less, positive or negative feeling.

THE SOUND OF STRESS

The degree of an animal’s agitation – the stress – is important, and for researchers it is a logical thing to measure, because stress is something that has evolved. This applies to both animals and humans. When we humans get stressed, our voice, for example, gets more intense, and we speak louder.

Even though there are differences between animals, and between species, stress expressions are one of the things that is repeated across many different species. A short and subdued pig’s grunt, for example, is an expression of satisfaction, while a long, loud squeal is negative.

In terms of the research carried out by Elodie Briefer, the focus has been on being able to distinguish between positive and negative sounds from pigs – not the intensity of their emotions. Here are four examples from research into pigs:

2. Negative, suckling pig that is being castrated

Read more about the Project SoundWel, which is the international study that has made the research into pigs’ emotions possible. You can also read about Elodie Briefer’s research group (which is part of Project SoundWel) at behavioural-ecology-group.com.

According to Elodie Briefer, measuring the strength of an emotion is by far the easiest, because researchers can measure the heart rhythms of an animal as an expression of how intense it is feeling something.

It is much more difficult to measure the quality of animal emotions.

»The problems arise especially when we try to find out when it is that they actually have positive emotions,« says Elodie Briefer.

»It’s very difficult, and it changes from species to species, so it’s a major challenge in our research,« she says.

To find out whether pigs have positive or negative emotions, the researchers investigate their overall behaviour. As a rule, it is a sign of well-being when a pig shows curiosity in its surroundings, while a pig standing still is a signal of the opposite.

»But we researchers cannot know whether any animal that stands still is happy, sad or stressed. Most animal species will actually move more when they are stressed,« says Elodie Briefer. Animals’ stress reaction depends on the species preferred reaction to meeting a predator, which can be either a ‘freeze’ or ‘run’ reaction.

This is why one of the researchers’ most important methods is pharmaceutical. They inject a substance into the animal, where they know the effect of the drug in advance.

They know whether it makes the animal happy or sad, and they then observe the subsequent behaviour of the animal.

Another method is to assume that an indicator of an animal emotion is that it resembles that of a human, so you can compare the two.

»This is a method that some researchers use, but it does not always hold water. People can often behave differently, even though they experience the same feeling,« says Elodie Briefer.

A third method is to place the animal in a situation that should increase its chances of surviving in nature.

»This could be situations where the pigs are close to their litters, or where a young animal is reunited with their mother or other things that animals are normally happy with,« says Elodie Briefer.

Negative emotions show themselves in situations which the animals want to avoid because they reduce their chances of survival. This may be when they are being squashed by the mother, or when they are fighting among themselves.

»We can use this to learn to understand animal emotions in the context of their entire behaviour, and we’ve used this method in the report on animal emotions that I’ve been involved in,« says Elodie Briefer.

How did we evolve our feelings?

Finally there is the question of whether animals express emotions in the same way as we humans do.

Elodie Briefer is also interested in how animal emotions match those of humans. Can animals, say, perceive all our emotions, and can we perceive all of theirs?

Elodie Briefer believes that her research can also help teach us something about how we human beings evolved our ability to express emotions.