Scientists wonder why UCPH rector is on Danish Nature Fund board 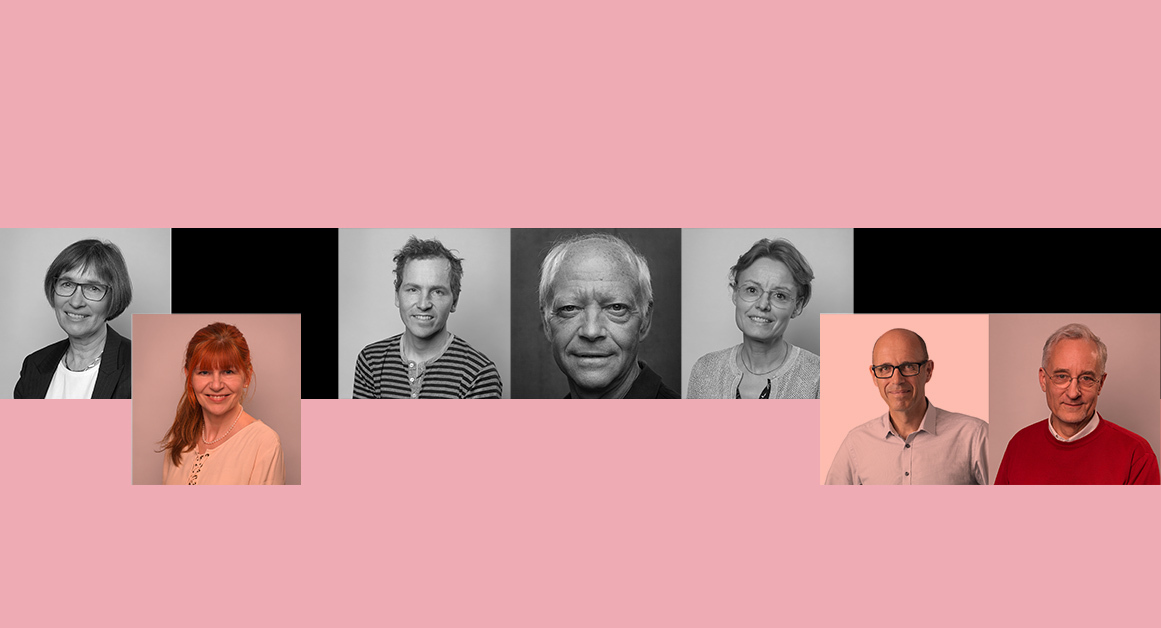 Three out of seven members of the board of the Danish Nature Fund are, or have been, rectors in Danish universities.
image: Den Danske Naturfond samt pressefoto fra Københavns Universitet

Rectors nominate themselves to board positions on the Danish Nature Fund, even though they have no in-depth knowledge of nature protection and biodiversity. It is as if the nature crisis is not being taken seriously, according to two researchers. Interest group Danish Universities say that they nominated the candidates who best matched the criteria.

Rector at the University of Copenhagen Henrik C. Wegener has just landed himself a new job: He has just joined the board for the Danish Nature Fund, which, by acquiring land, aims to improve the state of nature and the aquatic environment in Denmark.

The position comes along with an annual DKK 120,000 remuneration, and the term is initially for the next four years.

However, if you ask two Danish researchers in biodiversity, the rector should not have been recommended for this position at all.

»I’m not gunning for Henrik Wegener. I am just considering the fact that the intention was to appoint someone who really knows something about nature and biodiversity. And we need this expertise in the board,« says Hans Henrik Bruun, an associate professor of ecology and biodiversity at the University of Copenhagen.

An independent non-profit that was jointly founded in January 2015 by the Danish government, the Villum Foundation and the Aage V. Jensen Nature Foundation.

The purpose of the fund is to improve nature and the aquatic environment in Denmark and to create more habitats for animals and plants, and more nature experiences for the public. This is done by acquiring land where the natural environment is then restored and protected.

The board consists of seven members appointed by the Minister for the Environment. This is done according to recommendations from groups like the Danish Rectors’ Conference and the Confederation of Danish Industries. The current chairman, who is Bengt Holst, is appointed directly by the minister.

»This not just a fun pastime. It’s a fund that the government has invested money in for a better natural environment in Denmark. If this is to be done more or less effectively, we need talented and dedicated people on the board who have knowledge of nature and biodiversity that they can use for the benefit of the community at large. I can’t see that this is the case.«

Universities are supposed to uphold knowledge, expertise and evidence. This is not the case here.

Henrik C. Wegener has a master’s in food science and a PhD in microbiology. As a professor, he did research in diseases that can be transferred to humans from animals, foods and the environment.

He will join a seven-man board, which also consists of well-known names like the former scientific director of the Copenhagen Zoo Bengt Holst and Frank Erichsen, a celebrity from a Danish on-the-farm TV reality show Bonderøven [‘hill billy’, ed.].

The lobby group Danish Universities’ own Rectors’ Conference group, which consists of the rectors of the eight Danish universities, has nominated members for three of the positions. Two of the positions, according to the statutes, need to be in possession of an »in-depth knowledge and overview of the natural environment and biodiversity conditions in Denmark, including the legislation and planning in the natural and environmental area«. They need also to »have managerial experience at a high organisational level«.

These are the criteria from which Henrik C. Wegener has been selected. The same goes for Per Holten-Andersen, former rector of the Copenhagen Business School, when he was nominated by the Rectors’ Conference. However he also had a PhD in forestry finances and had previously served as dean for the University of Copenhagen’s former Faculty of Life Sciences.

The third member appointed on the rectors’ recommendation is a rector, Hanne Leth Andersen from Roskilde University. In accordance with the statutes, she herself was not selected based on her knowledge of nature, but from the criterion »in-depth knowledge of management, administration, capital management, finance and accounting”, according to the Danish Universities group.

Universities have »misunderstood what the task is«

According to Hans Henrik Bruun and Rasmus Ejrnæs you need to have members on the board who have insight into law, finance, and experience in the buying and selling of land – an often difficult discipline that needs »a cool head«. They see several sensible selections among the board members, including the newly appointed chairman Bengt Holst.

Their criticism is primarily directed at the rectors’ conference, who are responsible for recommending members with the prerequisite academic understanding to two of the board positions. This is something, they say, that the rectors have neglected by just pointing to themselves instead of professionals with deep knowledge of nature protection and biodiversity.

Hans Henrik Bruun says that the rectors’ conference group appears to have »misunderstood what the task is«.

»Universities are supposed to uphold knowledge, expertise and evidence. This is not the case here.«

»They have pointed to some people who I don’t consider qualified according to the key premise. We need a different kind of professional expertise on the board. Professionals who don’t just know something about forestry, but also something about what we are moving towards, namely a wilder form of nature. The Danish Rectors’ Conference has not lived up to this. This surprises me. Because, if anyone should do it, universities should promote the upholding of academic standards.«

Rectors are likely to have a large network, both politically and in the world of research. Could you not imagine that this would benefit the work of the fund?

»You can imagine a lot of things. But this is like appointing business CEOs instead of doctors on large health foundations, because they happen to have a large network,« says Hans Henrik Bruun.

Rasmus Ejrnæs agrees. According to him, the universities’ status as guarantors of knowledge »evidently does not apply to the rectors themselves«.

He sees the appointments as evidence that nature is still seen as »a free ride«. He mentions that boards within other fields usually consist of highly specialised experts.

»But nature is perceived as something that everyone can have an opinion about. I see this as a downgrading of nature and biodiversity as a subject area – ‘anyone should be able to take care of it’, they say. And this is a general trend,« says Rasmus Ejrnæs.

»We see the same trend in the management of our protected natural areas. In one way or another, the decision makers always end up being people with academic backgrounds in agriculture and forestry, i.e. people who have no knowledge of wild nature and biodiversity.«

Nature is perceived as a sandbox, according to Hans Henrik Bruun, where everyone’s opinion is just as good as anyone else’s, and no one has more authority than anyone else. This is even though we are in the midst of a natural environment and biodiversity crisis, which, according to the researchers, needs far more, and better, protection in Denmark.

»For me, it shows that society is not taking the crisis in our natural environment seriously. If there really was something at stake, you wouldn’t manage it like this,« says Hans Henrik Bruun.

Completely by the book

According to the director of Universities Denmark Jesper Langergaard, the Danish Rectors’ Conference nominated two candidates for the board position that Henrik C. Wegener ended up getting. It was Minister for the Environment, Lea Wermelin (Social Democrat), who ultimately appointed the rector.

Langergaard may not disclose who the other candidate was, but according to the Danish Nature Fund’s statutes it must have been a woman, as there is a requirement that both a man and a woman should be recommended. This means that it cannot have been a member of the Danish Rectors’ Conference who was nominated together with Wegener, as Hanne Leth Andersen is the only female rector of a Danish university.

Jesper Langergaard says that Henrik C. Wegener has been nominated because the Danish Rectors’ Conference evaluated that he lives up to the fund’s criteria, both academically, and in terms of management skills.

Can you understand it if somebody thinks: This is an exciting position, and it’s relatively well paid too. Of course the rectors will appoint themselves?

»We only take into the consideration the criteria set by the Danish Nature Fund, and we have heard all the universities. It has been a serious and genuine process, and I believe that we have recommended people who best matched the criteria. And it is the Minister for the Environment who is responsible for the final appointment. I can only say that the process has been completely by the book,« says Jesper Langergaard.

The Minister for the Environment Lea Wermelin does not wish to be interviewed on the matter.

It has not been possible to get an interview with Henrik C. Wegener.

Before becoming Rector of the University of Copenhagen, Wegener was department director for the National Food Institute, centre director for the Danish Veterinary Institute and a member of the Board for the International Centre for Research in Organic Farming and Food Systems (ICROFS). He has done research on infections with complex routes of infection that are transferred to humans from animals, foods or the environment. His full CV can be found here.