Sensation: The world's ugliest fish has spawned in the Øresund Aquarium 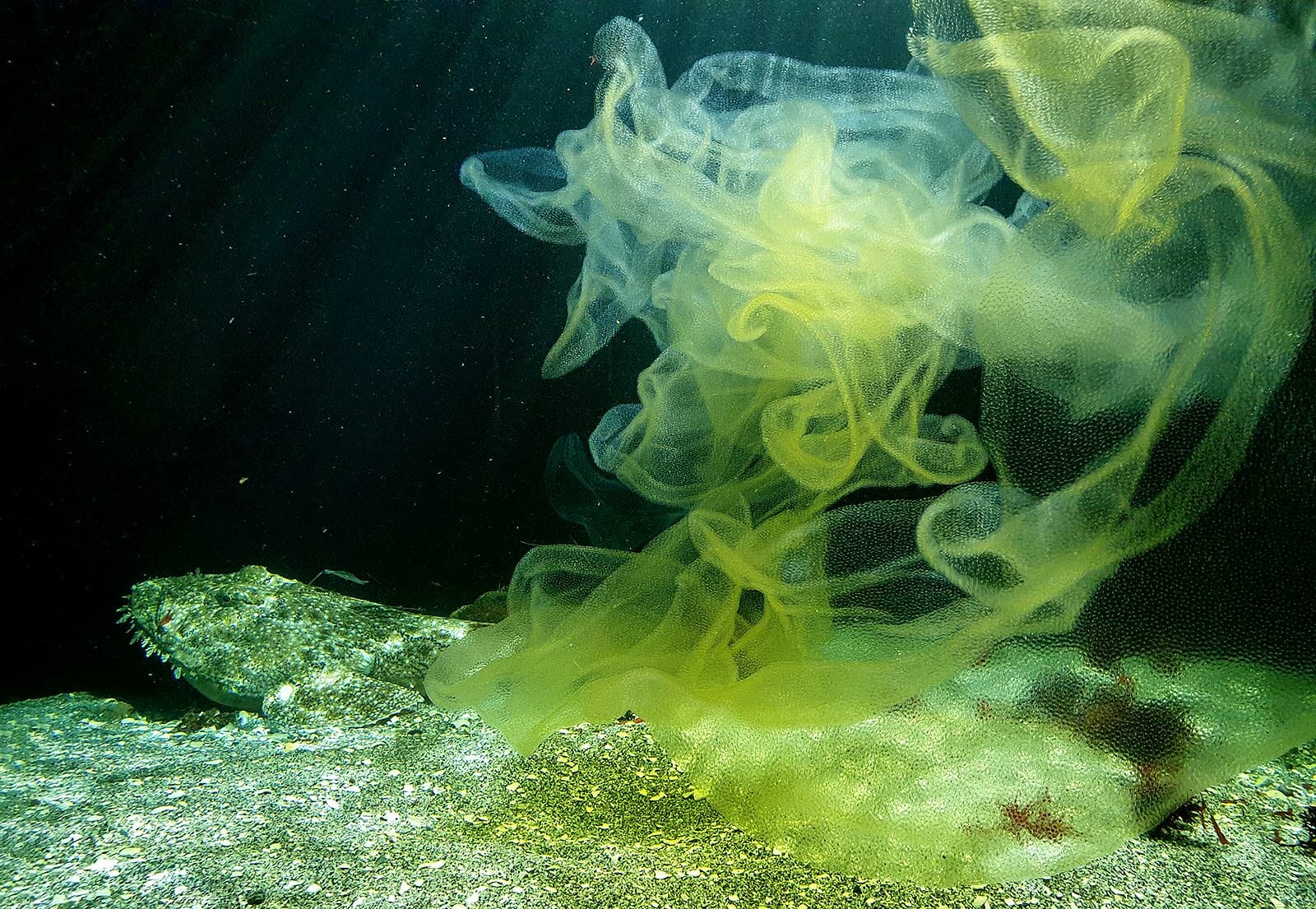 A green-yellow veil is packed with millions of small monkfish eggs. The monkfish itself is visible in the bottom left of the image.
image: Kristian Vedel

A monkfish has spawned a million eggs in the the University of Copenhagen’s Øresund Aquarium. This has only happened a few times in Scandinavia.

The predator monkfish is also sometimes called a fishing frog. With its gigantic mouth it can swallow fish almost as big as itself.

The monkfish has a reputation as the world’s ugliest fish, says head animal keeper Kristian Vedel of the , which is part of the University of Copenhagen.

He has two monkfish swimming in one of his many aquariums, and now one of them has done something that is incredibly rare: It has spawned its roe in captivity. This took place on the night of Tuesday 30 July, and the animal keepers discovered it the next morning when they turned up for work.

Roe lined up on a 14.5 metre-long track of jelly

Kristian Vedel estimates that the monkfish spawned more than a million eggs in a track of jelly 14.5 metres long. In the wild, you only get 10-12 adult monkfish from a million eggs, he says.

Unfortunately the Øresund Aquarium won’t be getting any more monkfish this time round. This became clearly six days after the spawning. They were not fertilized by a male, but began to rot, so the animal keepers had to throw them out on Monday 5 August.

»It would have been great if it had been successful and I wish it had been, « says Kristian Vedel.

If the eggs had been fertilised, the animal keepers in the Øresund Aquarium would have been able to see tiny eyes and they would have become foetuses. But this has in fact never happened in captivity in Scandinavia:

»I have done a lot of internet research and as far as I know there have only been a couple of times in Scandinavia that a monkfish in captivity has laid eggs. I personally only know of one case in a Norwegian aquarium in Ålesund, and it has never happened in Scandinavia that the eggs have also been fertilised,« says Kristian Vedel. 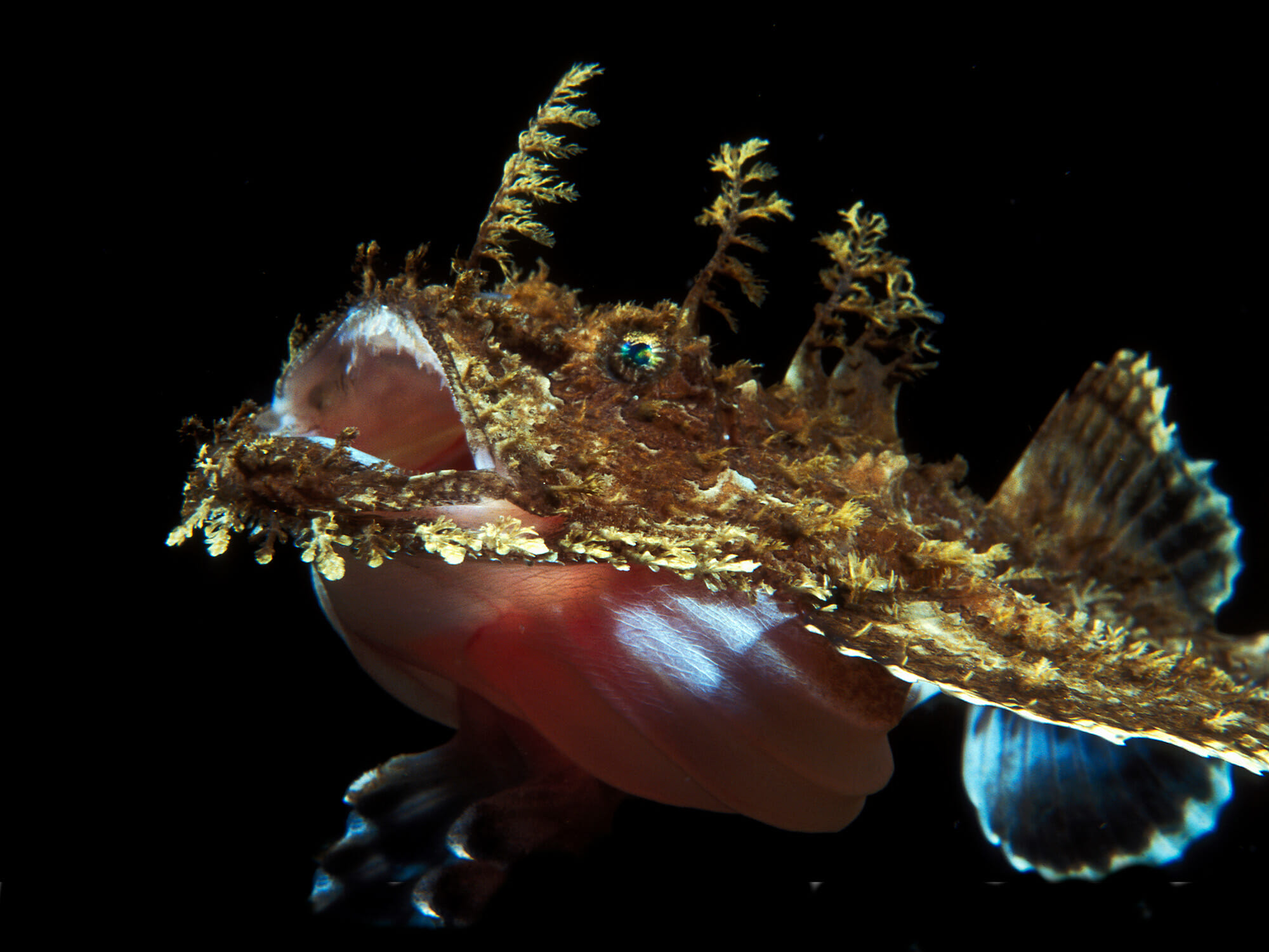 One problem with getting the eggs fertilized is that the animal keepers cannot see directly which gender the monkfish have – at least not without cutting them up and thereby killing them. But now the Øresund Aquarium knows with certainty that they have at least one female. The question is whether the other monkfish is a male that has just not developed enough to fertilize eggs yet. Only time will tell.

Can weigh 100 kg and swallow seabirds

In the wild, the monkfish prey on cod, flatfish, gurnard, and whitings. It lies on the seabed beneath the sand and uses its front, and very long, dorsal fin, which resembles a fishing rod with bait on it, to lure the prey. When a cod, for example, swims over the monkfish, it opens up its mouth for a split second, making a violent vacuum that hoovers up its prey with its wide mouth. Yummy.

It has also been seen jumping out of the water to swallow seabirds. But this happens rarely for the larger fish, which can weigh up to 100 kg.

The monkfish is not a threatened species, according to Kristian Vedel, and Danish fishermen catch approximately 10,000 tons a year. It is especially the cheeks of the monkfish (called monkfish jaws), which are considered a delicacy.

No intensive fishing of monkfish

According to Kristian Vedel, they do not know much about the stocks of monkfish, because no one fishes them intensively. That is why not much research has been done on them – in contrast to, say, cod.

Although the monkfish’s green-yellow ‘veil’ of eggs is no longer in the Øresund Aquarium, the monkfish is still worth seeing. It might be the world’s ugliest fish, but it makes some beautiful eggs, and it should be given points for this.

VIDEO: The Øresund Aquarium also has a Facebook page showing a very beautiful, short video of the veil with the monkfish spawn in one of their aquariums. Scroll down a bit to find the video. 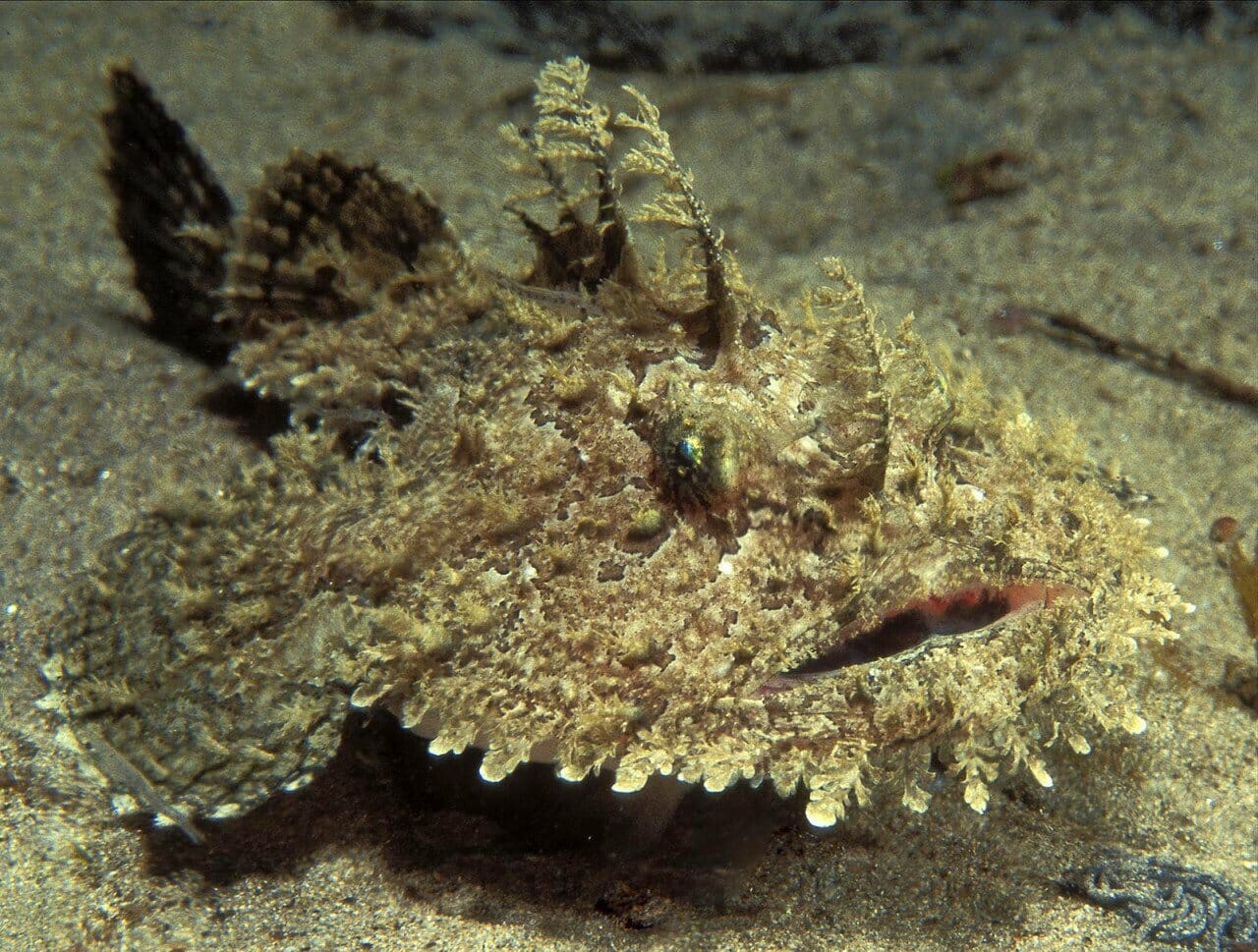 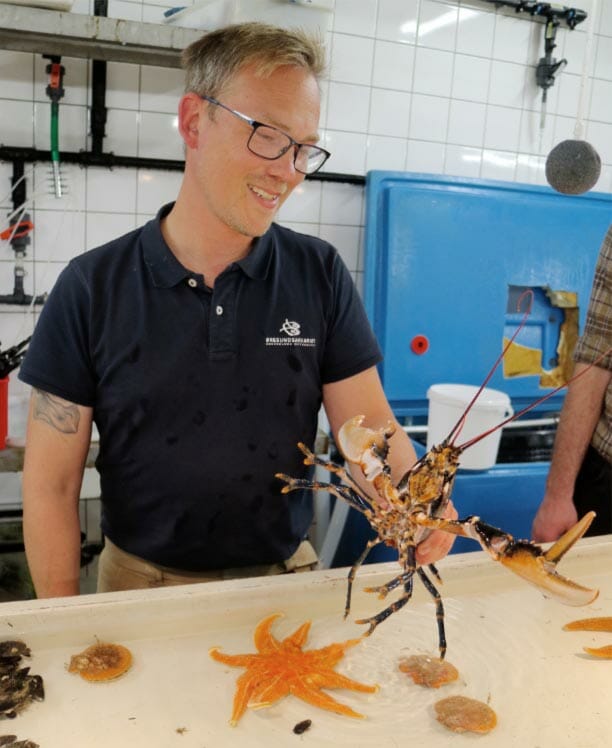