Sidse Tøttrup has a constant headache 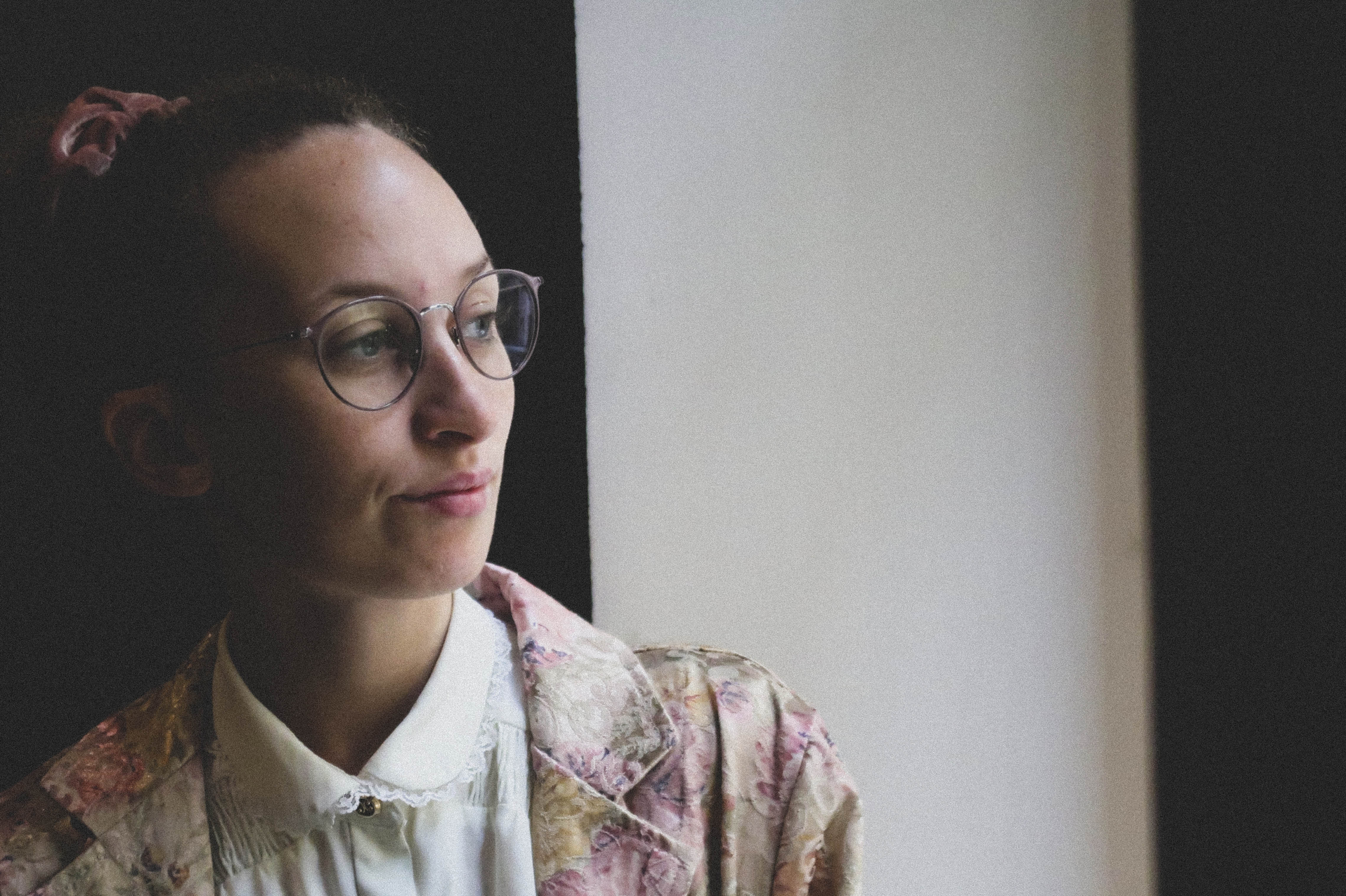 Student of Danish Sidse Tøttrup has a constant headache and gets migraine attacks every second day. The exam periods are particularly bad, she says.
image: Rasmus Friis

Migraine — Sidse Tøttrup gets such bad headaches and migraine attacks that she often has to leave class. And she cannot get the kind of student job that she would like. She is one of half a million Danes suffering from migraine.

Sidse Tøttrup has pain in her shoulders and neck, and especially in her forehead. She often gets it when she rides her bike, and when she’s out in windy weather, and she has just cycled through the rain and blustery autumn winds to meet up at a café in the inner city of Copenhagen.

Sometimes the constant headache is replaced by migraine attacks. Then it feels like a hammer knocking on the inside of her head, or as if she was being stabbed by a long needle behind her eye socket.

»I think I’ve had this for so many years now, that I sometimes just have to face up to the headache as if to say: I know you’re there, but I just have to ignore you right now. I can’t let my life grind to a halt,« says Sidse Tøttrup.

I have a lot of performance anxiety, so the oral exams are a big worry already, and this leads to constant headaches and migraine.

Migraine is an endemic disease, according to Jakob Møller Hansen, who is head of the . An endemic disease that has been »under the radar« among the general public, because few people see it when it is at its worst, when the nausea and the pains are at their worst in dark rooms.

The latest figures from the Danish Health Authority and WHO show that migraine is one of the most common diseases for adults aged under 50. Especially among young women, where about a quarter of them suffer from the disease in Denmark. A total of 500,000 people are affected by migraine the country.

There may be different causes behind the migraine attacks, and the disease doesn’t get a lot of attention. But Sidse Tøttrup’s experiences are like many others:

»It is rarely beneficial to be busy and be under pressure. You have to live with it the best you can, and it is not easy if you have a studymate who is ambitious or if you are ambitious yourself,« says Jakob Møller Hansen and adds that students with migraine often say that the disease puts big restrictions on their daily lives.

»You are probably less inclined to stand for the Student Council or to help organise the Christmas party, because you are afraid of not living up to the expectations of others. This is something people are not aware about.«

»I choose where I need to take a stand«

Last week, Sidse Tøttrup had to leave a lecture on South Campus, where she is following her Danish study programme, because she had an attack of migraine while the instructor was lecturing. She took a Treo tablet and waited for a while before she decided to go back to class, in spite of the pain.

However, it is often the case that she has to go home and hole herself up where it is cool and dark, especially on the days when she is not allowed to eat the tablets. She has nine »Treo days« a month, and this is not a lot when you realise that she gets a migraine attack about every second day.

Sometimes she doesn’t go to the study programme at all. It is a decision she has to take when she wakes up in the morning, depending on how much her head hurts.

»I choose where I need to stand and fight,« she says.

The worst struggles come at the end of May and the beginning of June, when the semester comes towards the end, and the deadlines for submitting exams and papers approach.

»The exam periods are really bad. I have a lot of performance anxiety, so the oral exams are already a big concern, and this leads to constant headaches and migraine,« says Sidse Tøttrup.

»I try to listen to myself and say that it is more important that I feel well than that I get high grades, because when I feel good, then I also achieve more. If I push too hard, however, I cannot do anything at all for the next three days.«

Student jobs are out of the question

Sidse Tøttrup can see that her fellow students take on student jobs because they know that it is important to have them on their CVs. But having a real, non-internship, student job next to her studies is out of the question for Sidse Tøttrup. It would, she believes, result in pain so constant that her studies would suffer from it.

If you think you can fix it with a Panodil or an aspirin from the local grocery store, then you are setting yourself up for disappointment.

She gets a disability allowance on top of her SU study grant, which gives her the opportunity to get through daily life without a permanent salary, but she also knows that this opt-out also limits her opportunities.

»It is as if it is all about experience. To be able to say, I have done this, and I have done this. I have also experienced that those of my friends who have not had a student job found it difficult to find work afterwards. I find this really tough to see from the sidelines,« she says.

»I also find it hard to not be able to earn my own money. I really want to do something and meet other people, but I have to accept my situation.«

Jakob Møller Hansen from the National Knowledge Centre for headaches says that migraine can be a serious impediment to daily life, and it is important to seek treatment. But only half of those suffering from migraine do so today, even though the disease in the vast majority of cases can be treated or prevented.

»Many people suffer behind closed doors, and we hope to change this. If you think you can fix it with a Panodil or an aspirin from the local grocery store, then you are setting yourself up for disappointment.

Sidse Tøttrup gets Botox injections in her shoulders, neck and forehead, walks around with a roll-on bottle with soothing ointment, and goes to physiotherapy.

It helps, but doctors have not yet managed to make a definitive decision on what it is that triggers her attacks.

She says, however, that she has become better at talking about her illness. These days her reading group on the study programme fully understand why she sometimes leaves class or stays away.

»It’s not just important to say it, but also to get others to grasp that this is not just a normal headache. It takes up all of my life,« says Sidse Tøttrup.

Right now, it is the questions that she might – might not – be faced with at the interview that is her concern. The constant pressure in her forehead that comes with it, she knows only too well, and she knows that it can quickly develop into migraine.

But she can’t do anything but hope that the attack will stay away, she says, before she wanders out into the autumn bluster again. This time on course for her internship interview.

This article is a translation. See the original here.