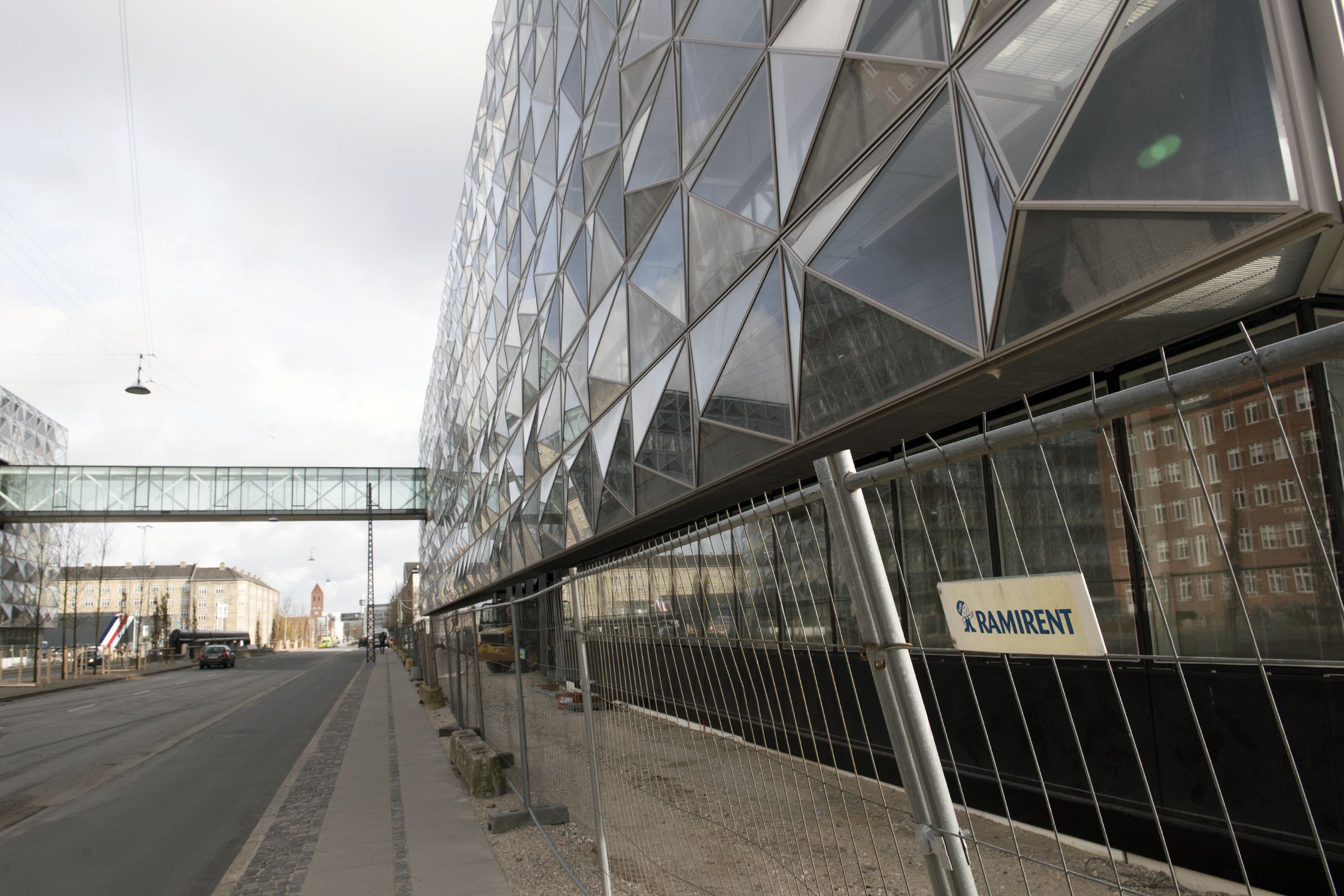 Buildings — The delayed Niels Bohr Building at the University of Copenhagen (UCPH) has been constructed with major plumbing and ventilation system errors that will cost hundreds of millions of kroner. Employees at the construction site say they complained about the contractor at least one year before the government's agency responded to the problems.

Former employees at the Niels Bohr Building construction site at the University of Copenhagen draw up a picture of a chaotic construction process.

Especially the Spanish entrepreneur Inabensa – that had the contract for ventilation and plumbing in the construction – has according to Danish professionals, constructed at odds with the construction plans, defied safety regulations, and used materials that did not meet requirements.

The Danish Building and Property Agency, responsible for the construction of the Niels Bohr Building, fired Inabensa in February 2017, but according to former employees at the construction site, the problems had arisen a long time beforehand.

Errors reported early on in the process, say sources

“Niels Bohr would turn in his grave with this third-rate building,” says Jim Bjerring, project manager at the construction site in 2015 for Spangenberg & Madsen, a subcontractor to Inabensa.

According to him and another source, both of whom were working on the site, the management of the construction project was alerted to Inabensa’s failings by 2015, over a year before the building and property agency fired the company.
The failings include Inabensa’s staff using ventilation pipes of a type that did not live up to the specifications in the case description or were mounted or insulated incorrectly.

Jim Bjerring, plumber and project manager at the construction site in 2015.

The other source, another professional craftsman employed by one of Inabensa’s partners at the site in 2015-16, said that communication with the Inabensa people was difficult because they did not speak Danish or English and that “they pulled in piping what every way they pleased”. He mentions a decision to lead heating pipes through a server room where there was temperature-sensitive IT equipment.

He says furthermore that occupational safety regulations were violated by Inabensa, whose people pulled wires through water and used angle grinders without proper cover. More seriously, craftsmen crawled around and retrofitted parts on ventilation pipes many meters above the ground with no safety precautions if the pipes were to fall down.

According to Jim Bjerring, who says he recently visited the building site again, the work to repair the building’s faulty installations will take two years. He also estimates that , if the Inabensa installations are to be reconstructed, the building will be a billion kroner over budget, up from DKK 1.5 to 2.6 billion.

The errors could not be detected, says agency

The Building and Property Agency, which owns most of the Danish university buildings on behalf of government, and which is responsible for new government-sponsored constructions, has not wanted to disclose what exactly is wrong with the Niels Bohr Building, or what it expects will be the cost to society.

According to the Ministry of Transport, Building, and Housing (which the Building and Property Agency is a part of) the errors on the Niels Bohr Building (which is more than 50,000 sqm in size) would not have been detected by normal supervision. The agency would not define for the University Post what ‘normal supervision’ is.

Inabensa does not want to comment on the construction case but writes in an e-mail that they consider their dismissal from the project to be unfair and that they will take action against the building and property agency.

Minister of Transport lets auditors examine their own agency

The University of Copenhagen will not comment on the Niels Bohr Building’s expected price tag, but has told the University Post that UCPH might not take over the new building at the end of the year. The physics, chemistry, computer science and science education study programmes at UCPH are to use the new building.

If UCPH does not move in, the government must find another application for the billion-kroner building, or sell it.

Deputy chairman of the Danish parliament’s Finance Committee Benny Engelbrecht (S) says the information that the University of Copenhagen will not necessarily take over the building is ‘worrying’. He says it would be natural for the national auditer Rigsrevisionen to investigate the Niels Bohr Building if it ends with a major budget overrun.

The Ministry of Transport, Building and Housing confirms to the University Post that the Ministry itself has commissioned an external audit of the Building and Property Agency in regards to the Niels Bohr Building construction. The inquiry will be carried out in the autumn of 2017.