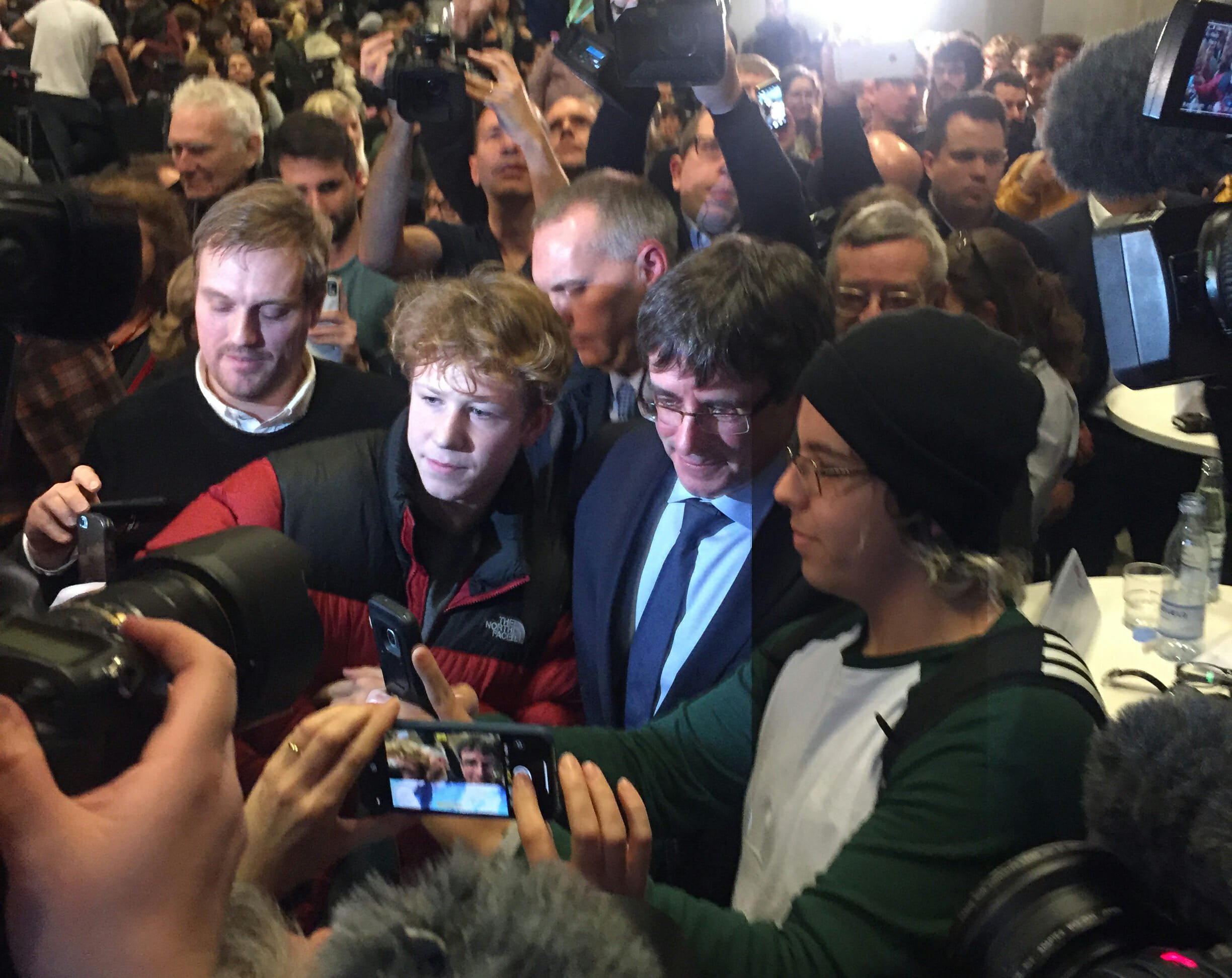 On 22 January, Carles Puigdemont, the exiled leader of the Catalonian government, was invited to speak to the Department of Political Science, where he wound up locking horns with Marlene Wind, the director of the university’s Centre for European Politics.

The visit was closely watched outside the university as well. The Spanish government had issued an arrest order for Puigdemont, and it was unclear whether the Danish police would crash the event and detain the guest of honour. (They didn’t.)

Now, the next time someone at the university wants to invite a high-profile guest, Henrik C Wegener, the rector, wants to be kept in the loop. Although it isn’t clear whether Puigdemont’s visit set the administration off, or whether it is because the university is an unruly place in general, the new guidelines where handed down two days after the visit.

Anyone (and anyone here includes student groups) who invites a special guest to the university must now inform the Rector’s Office, the communications department, and the head of security. If it is deemed necessary, the visit will need to be co-ordinated with the rector.

In general, we feel that it can’t hurt to be in dialogue with the administration, but there is an expectation of mutual respect

Just what type of involvement the Rector’s Office will have depends on who the visitor is.

If, for example, a cabinet member the university regularly deals with, or with whom it happens to be having a political or financial row (think higher-education minister or buildings minister), decides to show up, the rector wants to be informed about it, and he wants to have the opportunity to attend whatever event the visit is connected with (or to send a dean in his absence if he doesn’t have time).

The same applies to foreign dignitaries.

STUDENT GROUP: FAITH IN THE ADMINSTRATION

Mikkel Vedby Rasmussen, head of the Department of Political Science, sent the guidelines to faculty and student groups on 16 March.

One of the groups to be informed was International Debat, a debate group. Magnus Hagmann, its chair, didn’t expect them to cause any problems, but added that the students would still decide whom they chose to invite.

“As it is now, we routinely inform the department administration about all our events, in the expectation that it is entirely up to us, as an organisation, to come up with our own programme,” Hagmann wrote in message to University Post.

“In general, we feel that it can’t hurt to be in dialogue with the administration, but there is an expectation of mutual respect. I can’t imagine that the administration would try to change one of our events. So, I’m not worried.”

So far this year, International Debat has hosted events featuring the participation of the British, French and German ambassadors, as well as the head of Socialistisk Folkeparti, a political party.

The guidelines also state that the rector would like to be informed if someone “opens a basic research centre/or the like”. If someone wants to hold this type of event, the rector reserves the right both to decide whether it can be held and to have his office work with the organisers to find a date when it can be held.

The same applies if someone wants to invite the queen. Royal visits call for the highest level of involvement by the Rector’s Office. In such cases, the rector himself needs to approve an invitation before it gets sent.

Even though the timing of the new rules might suggest otherwise, the administration, according to Rasmussen, could find no reason to criticise Puigdemont’s visit.

The university administration declined to comment on the guidelines.